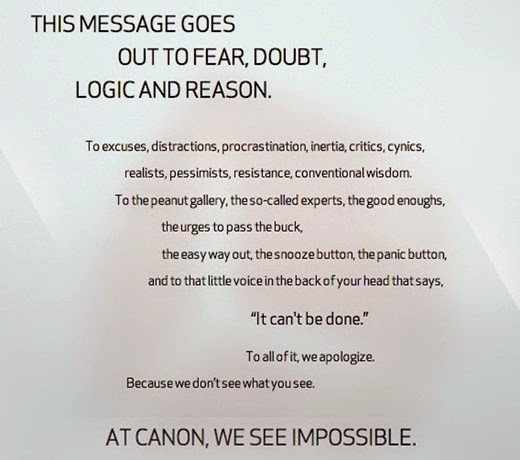 Canon's ad agency bought a time machine and
made a website from the 1980's.

After a week of build up and a double truck ad in the New York Times all of the hoopla from Canon was for the introduction of a badly designed "interactive" website that tried to tell too many (poorly crafted) stories to too many disparate audiences. You can go and see it for yourself: http://seeimpossible.usa.canon.com

But be forewarned that the site took over a minute to load on my broadband connection.

And this on the heels of a lavishly produced but sparsely attended show here in Austin from their consumer printer division in which they showed maybe 100 framed and matted prints to an invited audience of maybe 35 people at the Austin Music Hall. They seemed desperate to fill the space even with complimentary alcohol and nice catering.

While I will make no judgement on the content or style of the images shown it was sad to hear that Canon printed all of the files themselves because the actual printing was the weak part of the show. That, and the fact that all the prints were printed in the same palette at the same exact size and format.

Homogenous. Flat. All printed on the same Lustre paper.  If these two incidents are examples of their advertising agency's best work it's high time they shopped around... maybe find some college kids in an apartment who haven't lost all of their mojo and still have some enthusiasm for stuff that's new and different.

I'm sure someone will suggest that I don't like Canon cameras and that's not the point here. The point is that maybe part of the problem in camera sales is that the damn ad agencies handling the accounts don't have a clue how to talk to photographers. That's a big hurdle. And I'm not just singling out Canon. At this point, if I was on the Canon internal marketing team, I'd just bag the traditional ad agencies and start crowdsourcing the creative. It couldn't be worse and it would be a hell of a lot cheaper.....
Posted by Kirk, Photographer/Writer at 13:19 20 comments:

A reposting of an image by reader request. And a mea culpa to Aaron. 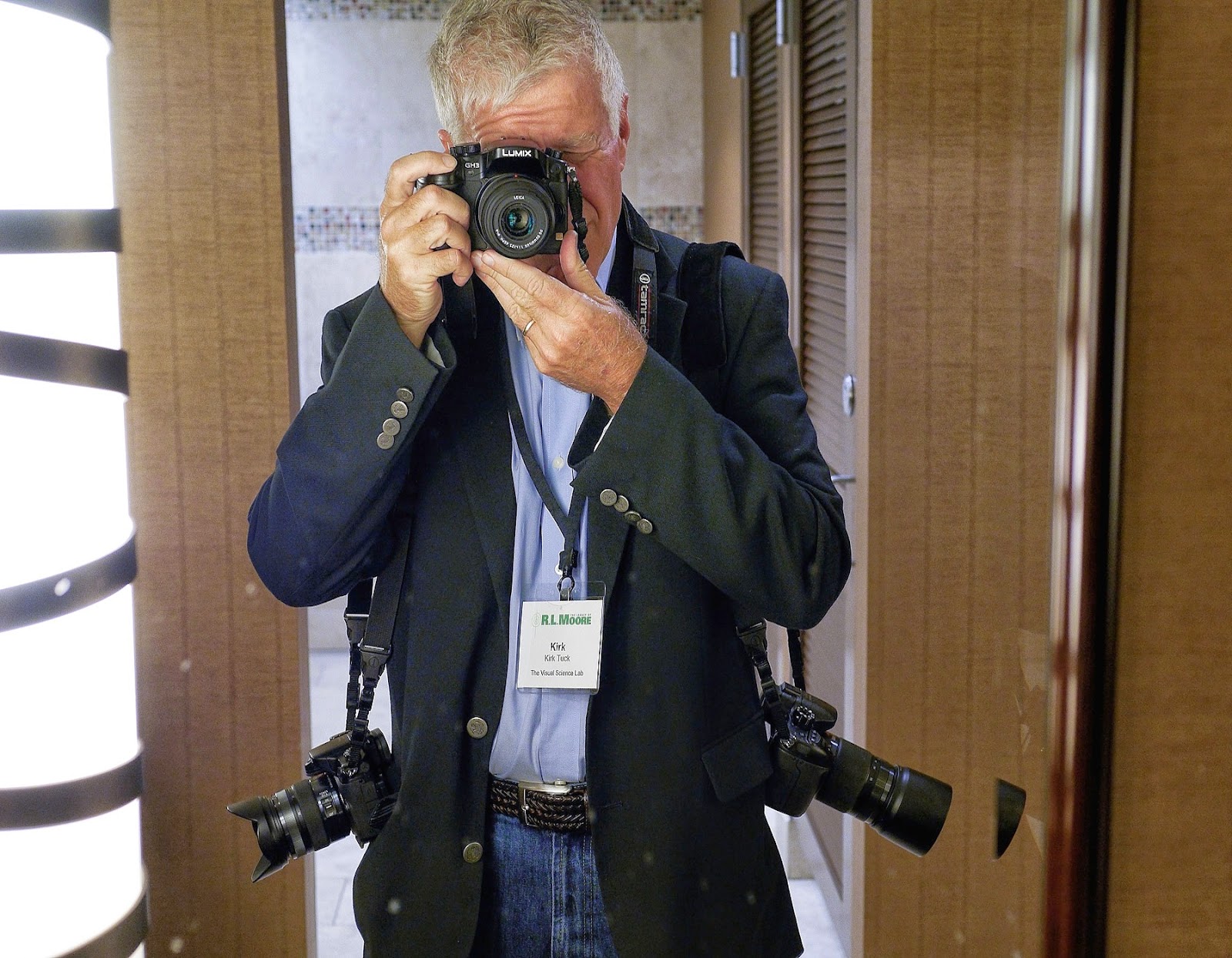 And I do owe an apology to reader, Aaron. I misread his comment about there being no difference in changing lenses to other focal lengths or zooming. I presumed we were talking about staying in one place and zooming versus changing positions and "zooming with one's feet." He is, of course, absolutely correct. Sorry about that!

I have been doing variations of the three camera shoot for about a year now and I find it a fun way to shoot. I'm down to two Panasonic cameras now so my "three camera" system is now only being practiced with the three Olympus EM5 bodies. This week I am experimenting with using the 3 Sigma DN Art lenses for m4:3 as my trio of glass. The 19mm, 30mm and 60mm. While the wide end is not very wide neither is my vision... I absolutely love the 60, and I love the smooth black lens barrels.

On a totally different note I showed up for jury duty yesterday fully expecting a painful three days in the service of democracy and the rule of law only to find out, from the judge, that both defendants in the cases copped a plea just before the empaneling which gave me back three uncluttered, unencumbered days. I spent this morning swimming, sipping a latte and eating warm chocolate croissants. This afternoon Studio Dog and I are going out for a run. Should be lovely. A nice gift from the scheduling universe.
Posted by Kirk, Photographer/Writer at 12:01 6 comments: