OT: The irony of ordering the "Big Breakfast" at McDonalds while browsing through a copy of Food And Wine Magazine. 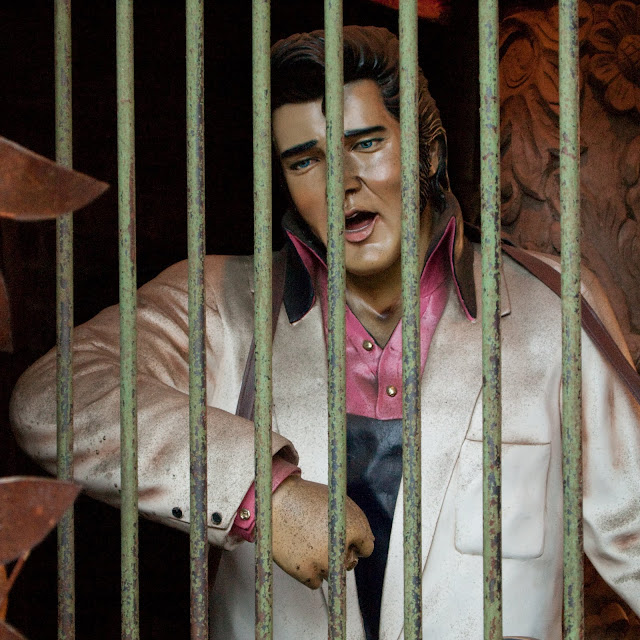 I woke up early this morning. I beat my alarm clock. I was feeling a bit sore in my left hip because I'd done something kind of zany on Thurs. Instead of going to regular swim practice I headed to the pool in the off hours and kicked 2,000 yards straight through with a kick board. I'm here to tell you that I, at least, have less resilience and ability to recover from over-training than I did when I was twenty years younger...

Anyway, I got up and did yoga stretches for half an hour before swim practice today. We hit the water at 7:30 am and pounded through a bunch of yards, many of which included sets of 200 yard I.M. swims. By the time I exited the pool and showered I was exhausted and starving. Really hungry. Stomach rumbling hungry. Usually I'll go home and have some cardboard tasting, healthy cereal and fruit but today I succumbed to advertising and weakness.

There is a McDonalds about halfway between the pool and my house. It's a very upscale McDonalds that has been redesigned and is actually a visually pleasant place to hang out in. There is public wi-fi and it's pretty fast. I saw the signs in the window for their "Big Breakfast" and my stomach demanded that we stop and check it out. I surrendered to impulse and agreed.

It was quiet in the restaurant. There were no other customers at the counter. I ordered the Big Breakfast. It includes: an ample serving of freshly prepared, scrambled eggs, a hash brown assemblage, a pork sausage patty, and a biscuit. I also ordered (without any trepidation) a small coffee. It was ready in the blink of an eye and I took my prize off to a comfortable booth to dig in.

I hate eating in restaurants alone unless I have something to read. My choice of reading materials in the car today was meager. My choice was a book about the mechanics of swimming; which I had read six times before, a book on chaos theory, and a recent copy of Food and Wine Magazine. I went with the magazine. As I sat in my booth eating a complete meal that cost something like $4.80 I had the thought that I was immersed in several layers of irony. One: that one of the wealthiest neighborhoods in the southern United States is host to a much maligned fast foot chain outpost. And that it has weathered the decades while many other tonier restaurants have vanished from the zip code. Two: That a much ridiculed chain would have such nice and comfortable interior appointments. Much more comfortable than the confusing and harsh redo of our neighborhood Starbucks. Three: That I would care enough about food to subscribe to several magazines on the subject and be reading an article about Michelin starred restaurants while dining in the most egalitarian restaurant I can imagine. Delicious irony. But the post workout body wants what it wants....

My review? The coffee tasted less bitter and burned than the usual Starbucks cup. It was actually very good. The eggs were fresh and well prepared. The sausage was inoffensive. I felt guilty eating the hash brown potato patty as it is so fried (but the crunchy texture is certainly satisfying), but the standout was the smallish biscuit. It was as perfect as any biscuit I have tasted.

My only memory of the magazine was of the advertisements for cruises. The photographs in most of the ads were very overproduced and odd flights of visual fantasy.

I took a camera along in the car. It was the Sony A7ii. It stayed in the car.

Posted by Kirk Tuck, Photographer/Writer at 12:38

Hey Kirk. I found in a long career of habitual overtraining that one of the best emollients to apply afterward is a big greasy breakfast. In Pete Sampras's autobiography he describes how he failed miserably at a major tournament (I think it was in Australia). He lacked energy, felt mentally buzzy and vague and just generally run-down. Meanwhile, he had been craving GREASE. When he broke down and imbibed a few (what was it, pizzas? hamburgers?), he recovered quickly and felt much better. Back on point, have you tried Recoverite? Pretty good stuff, from Hammer Nutrition. The main ingredient is l-glutamine.

Starbucks coffee is over-roasted, over-caffinated, overpriced, and greatly overrated. I find McDonald's coffee to be not only much better, but also much cheaper. Whenever I'm out and about and feel the need of a coffee refill (frequently), I look for a McDonald's.

Back many years ago in my Marine Corps days we had a PFT (Physical Fitness Test) at a minimum of each quarter and also occasionally at other times so usually 5-6 times a year. Among my buddies I was one of the few with a car and usually after the early morning PFT we would all load up into my car still wearing our sweaty workout clothes and drive off base to a Mac. I would order 2-3 Egg McMuffins, orange juice, and coffee. Boy, sure tasted good after the PFT. :-) I guess lots of places have a Mac on base now, but not in those days.

I like the coffee at Chik-fil-A even better tnan the brews at McD or Charbucks.

Same old, same old. How the hipster aesthetic is taking over the world
Industrial furniture, stripped floors and Edison bulbs: why must we aspire to such bland monotony?

Give me a sack of the old greasy White Castle burger and onion "stamps" and I'll be happy. Probably the worst substance one can consume that is still considered food, but talk about satisfying! I'm fortunate to not have lived near a White Castle for over 20 years or I'd probably be dead.

Spot on observation about SB's coffee...I remember seeing an interview with Starbucks' head coffee roaster and the interviewer asked about the often heard complaint about the bitterness. Wow, you could see the anger in the roster's face...he just said, "Our coffee is not bitter" and then said something to the effect of "People's perception of the bitterness is wrong". Haha!!

On a long drive through the Deep South this summer, I desperately needed a coffee. I thought we had found an unexpected gem, an independent coffee shop just off the interstate with good Yelp reviews. We pulled up to this mom-and-pop drive-through for a coffee and a cappuccino. Got back on the interstate, where the first sip revealed that this was one of the worst cups of coffee I've ever had. Waving a tea bag over the water would have produced more coffee flavor. I took the next big exit to swing through McDonald's and picked up a surprisingly good cup of black coffee. McD's saved the day!