Another Portrait from Yesterday's Session. Michelle. 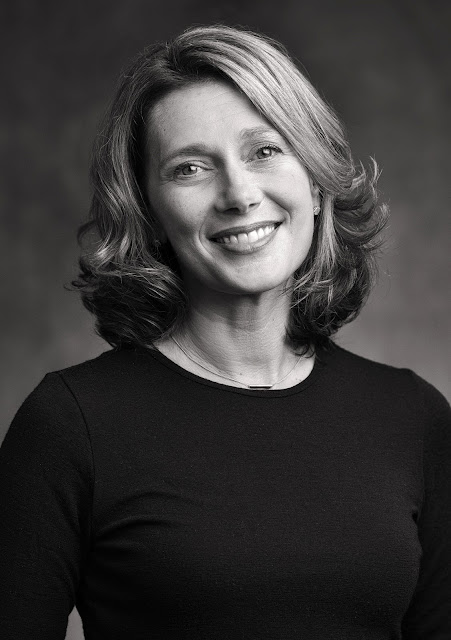 The A7Rii is a wonderful portrait camera. The enormously detailed files allow one to soften parts of images in order to enhance the look without losing the plot. The ability to punch a button with my thumb and have the camera focus specifically on a eye is also a huge sigh of happiness and relief for any photographer vexed by years of DSLRs front and back focusing on beautiful faces, rendering hours of work ultimately unsatisfying. I wish Adobe's Camera Raw would read the correct camera profile I've set instead of defaulting to Adobe Standard, but it's simple enough to change.

The nice realization for me yesterday (and working with the files today....) is how much I like the look and feel of the Sony 70-200mm f4.0 G lens. I know everyone reflexively ponies up for the faster, f2.8 lens but I think they'd mostly be happier with a lens that's half the weight, much smaller and at least as equally sharp. I can't imagine that the difference between f4.0 and f2.8 is critical in zooming applications. If I wanted to get less depth of field and still keep things sharp I'm pretty sure I'd be reaching for something like the 135mm f2.0 instead...

At any rate working with the files of someone you really like is such a pleasure. Especially considering that most of our work is the business of meeting strangers, trying to find some sort of connective intersection in mere moments, and then handing off finished images to someone you might never see again. This is, of course, the antidote to that, and the kind of pleasurable occurrence that keeps me making portraits. The most important tool in making portraits might be conversation.


Posted by Kirk, Photographer/Writer at 17:03 6 comments: 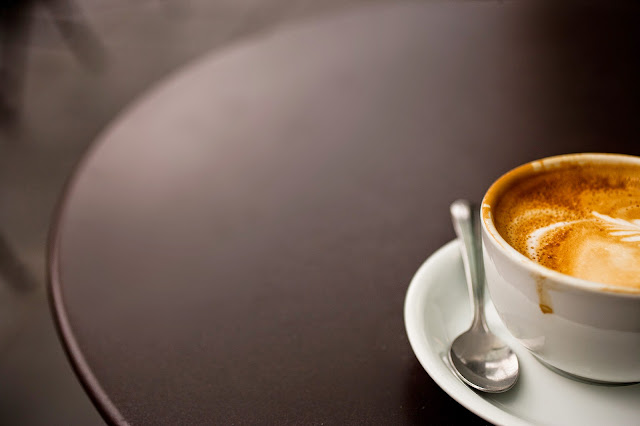 I did this to myself. You know that time when the lunch hour is creeping up and you only have one more appointment for the morning? It's 11:30 a.m. but you get a plaintive call from the person who is supposed to be sitting in the studio in front of you right now. They've got a great excuse. It's an 18 wheeler stuck under the overpass between you and them. It's the flat tire. It's the meeting with the CEO that ran into overtime. Doesn't matter what. The excuse is generally followed with...."I'm sorry but I am on my way. Shouldn't take more than 10 minutes...." And you can be pretty sure that the ten minutes will turn into a half an hour, but you love your customers so you say, "No problem. I've got lots of stuff to work on. Drive safely and I'll see you when you get here..." You put the phone down and the first rumble of hunger echoes around in your belly like marbles in a blender.

You told a small lie. You finished your pressing work while waiting for the last tardy client. You are bored and you were looking forward to making a nice portrait and then heading over to the house for quick peanut butter and jelly sandwich on that fabulous seven grain Ezekiel bread, along with a big glass of Horizon whole, organic milk. Maybe you'd top it off with a piece of dark chocolate and a fragrant little coffee with a dollop of fresh cream.  Sneak some time to re-read a chapter in that novel you've been sweating over. But now you are chained to your workspace for an indeterminate time. And the second hand on your watch is arguing with the laws of relatively because you definitely know that you are not going the speed of light. Why is the hand moving so slowly? Would time go quicker on a digital watch?

So you commit the error. You browse your image galleries. And then you land on the one with food photos in it. And you scroll and scroll as the acids in your stomach churn in time to the Rollingstones' song you've got playing through the sound system. And you see the food you could be eating. Right now. 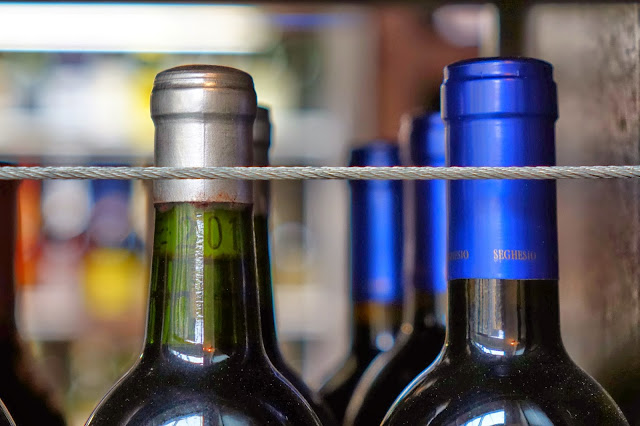 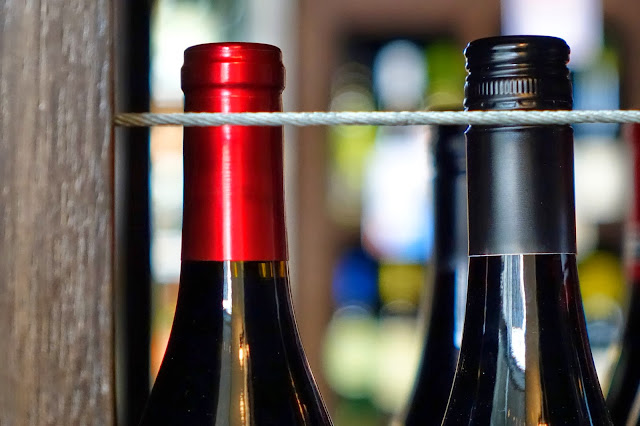 Wine Bottles brought to you by the Sony RX10ii. 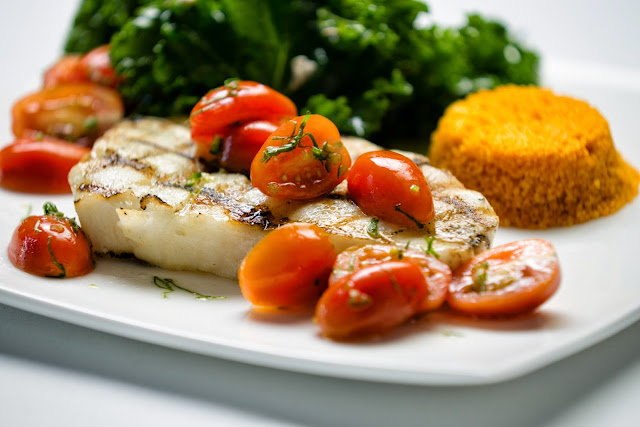 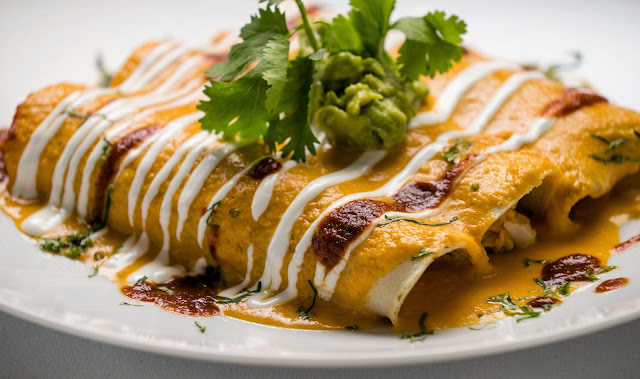 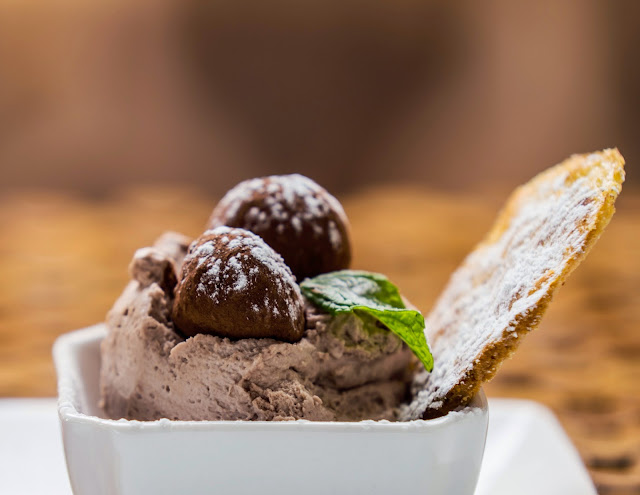 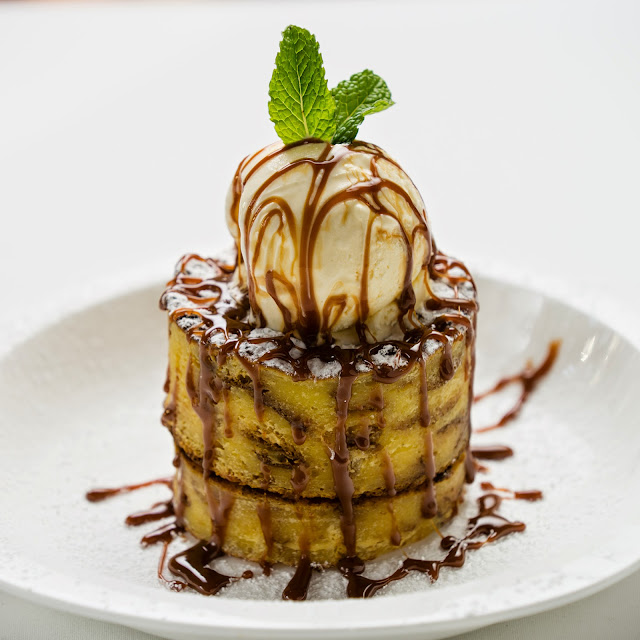 Food above provided by David Garrido and absorbed into the realm of photography by
a Sony A77 and the 70-200mm f2.8. (The "A's" are making a comeback?). 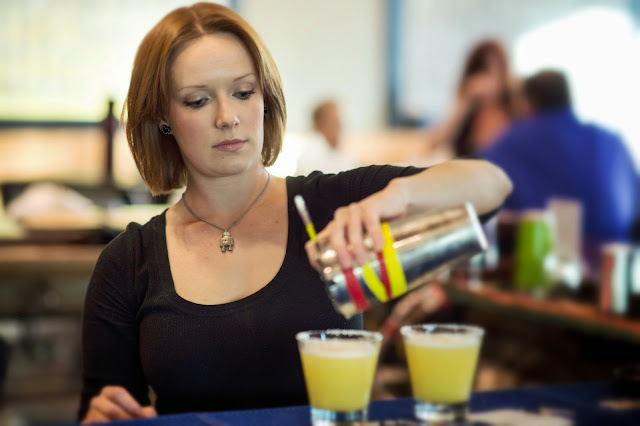 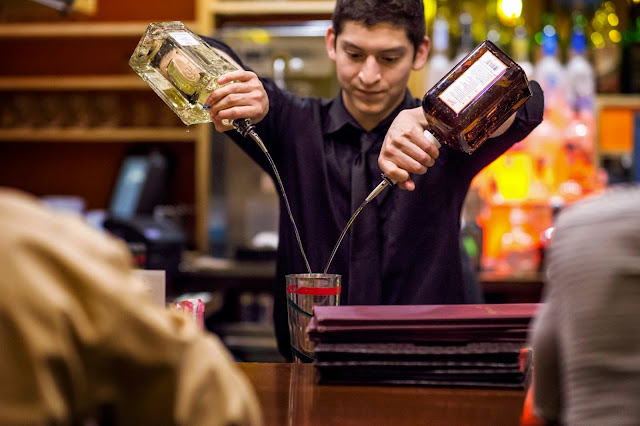 Or time for a cocktail delivered two dimensionally by the Sony A99 and a
Rokinon 85mm f1.4. 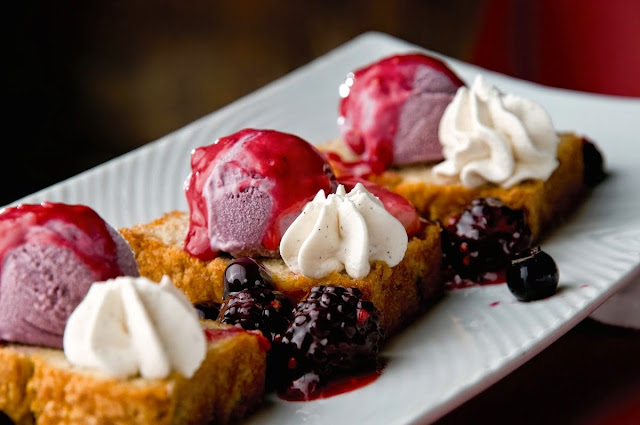 A dessert from Hudsons on the Bend imaged for you by the Nikon D300 and
a 6o mm macro lens. 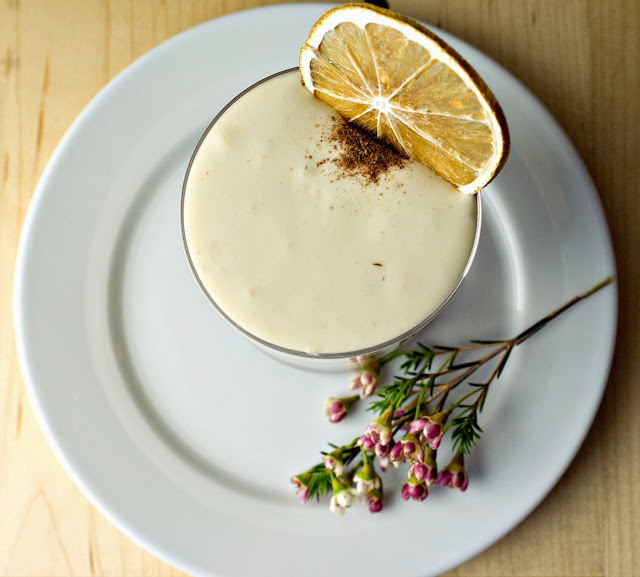 Another Sony a77 shot from the Rainey Street area. With a cheap 30mm macro. 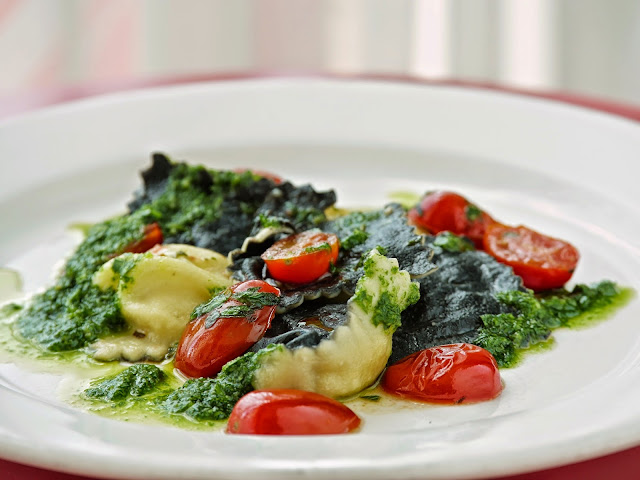 Maybe some Ravioli at Asti via an ancient Canon 5Dmk2. 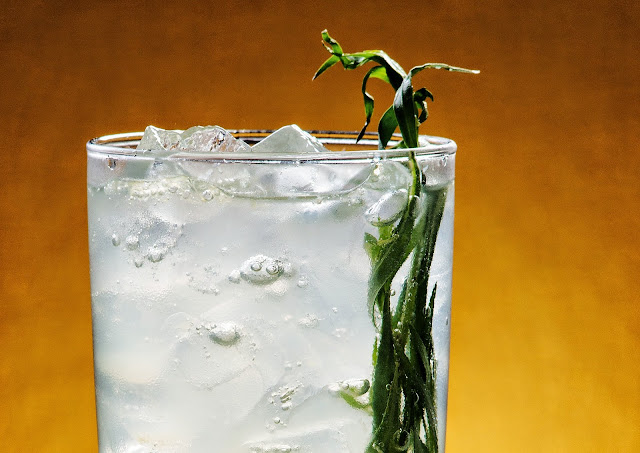 And something sparkly from the Hilton.

But just as you are about to give up, ditch the boring sandwich idea and head to Cantine Italian Grill and Bar for a juicy lamb burger and some spicy brussel sprouts you get the next phone call. "Is your studio on the east side or west side of highway 71?" And you know you're going to spend some quality(?) time as a ground traffic controller for a lost and wayward client while you search around the studio, looking for old Power Bars that aren't too far out of date.... Ah, the glamorous career of photography....Just don't click on the food folder before lunch, it doesn't help anything.

Posted by Kirk, Photographer/Writer at 14:29 4 comments:

A Portrait of my friend, Michelle. A lovely afternoon in the studio. 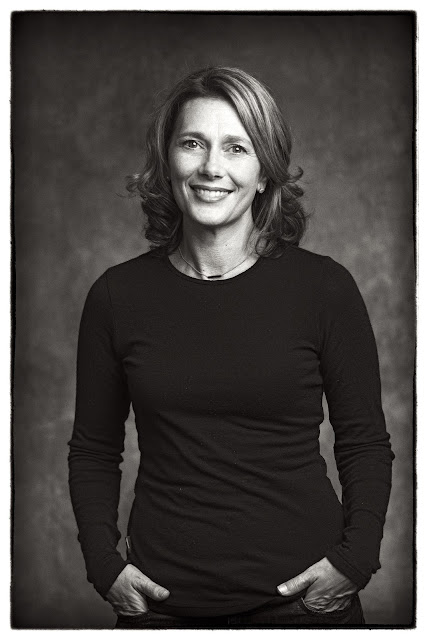 One of my goals going forward with the blog is to make and show more portraits. It's something I love to do. I used to worry that my best days as a portrait photographer were behind me but every once and a while a friend whom I photographed twenty years ago will drop by and we'll make fresh portraits. Then I can look and see that the portraits are somehow different than the ones we took years ago but not worse or less emotive to us.

Michelle and I spent an hour talking before we started making photographs. Once we got started we just went with the flow of the afternoon and had fun catching up and being with each other. This image was the very last one of our hour long session. She seems fresher than when we started.

I won't belabor the technical details other than to say that I used a Sony A7rii and took advantage of the eye detection AF. I used the 70-200mm f4.0 FE lens and, contrary to recent practice, lit the session with one large and more small softbox and electronic flash. The only other modifier was a soft, white reflector used to one side.  Fun.

Added a bit later: Here is original color image this black and white rendering is based upon: 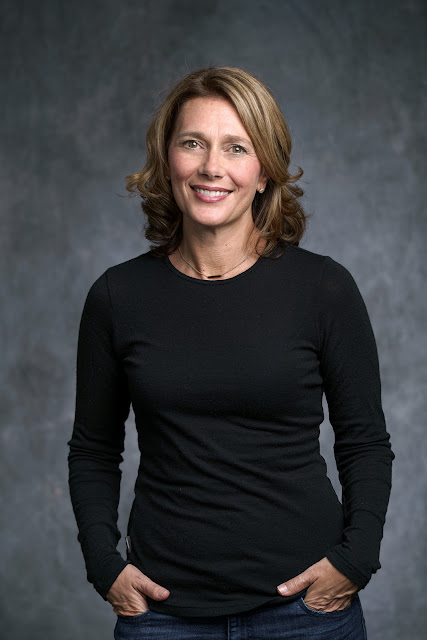 Posted by Kirk, Photographer/Writer at 10:53 6 comments: