Funniest thing I have seen online all this quarter. In keeping with the "Holiday" season...

A couple of images from "A Christmas Carol" -- Zach Theatre Style. 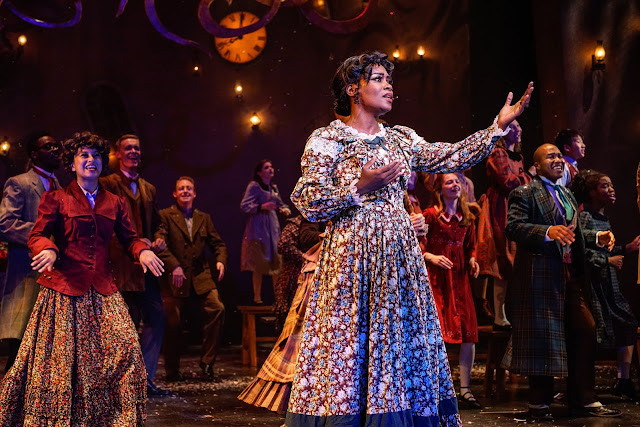 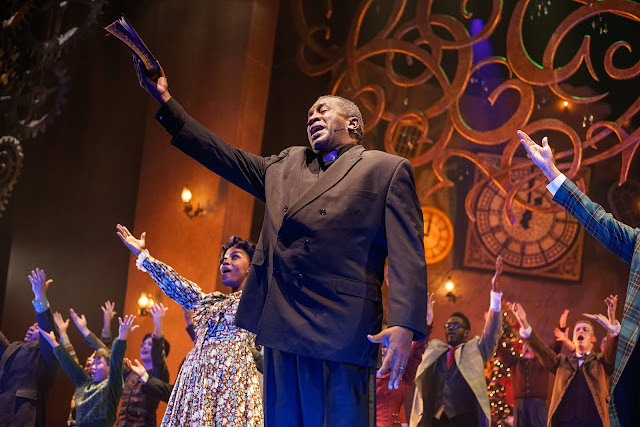 As I watched the play to determine how to photograph it tomorrow night I played around with the camera and lenses I brought with me. For the first half of the show I used Sony's top DXO-rated zoom lens, the 70-200mm f4.0 G. I shot it mostly wide open. After the intermission I decided to take a chance and shoot the rest of the time with my Contax/Yashica Zeiss 50mm f1.7 lens. I guess I should not have been surprised but I have to say that the single focal length lens, shot mostly around f2.8 was much sharper. So much so that I noticed in the thumbnails. To really pop the images from the zoom I added about 35 point of sharpening  (1.0 pixel radius) in Lightroom to get the effect I wanted. But when I hit the prime lens files I had to turn the sharpening to zero.

On another note, in my blog about practice (yesterday?) a commenter mentioned that better (more expensive and newer) gear might cut down on the need to practice as much. Interesting thought. I pondered what the difference in final output might be if I was shooting the play with a Nikon D5 and the latest, ultra expensive 2.8 zooms, at a total cost of about $10,000 instead of the used Sony A7ii ($950) and the very used Contax 50mm lens ($125+Fotodiox Adapter @$28).

Then I remembered shooting last year with Nikon's very good D810 and their good lenses and getting results that were really no different than those generated by my current, largely second hand, collection. Maybe I just read the owner's manual more carefully with the Sonys....

At some point the contrast of the stage lighting becomes the dominate issue in limiting overall quality. What looks great and exciting to the human eye leaves a bit to be desired from a digital capture point of view.

Be sure to click on all the ads below!!! (if you are reading this in a feed that last sentence is sarcasm. There are no ads below. We just f-ing forgot to monetize...oh well).