So, what's the rationale for owning so many Panasonic cameras at once? You can't use more than one at a time, right? 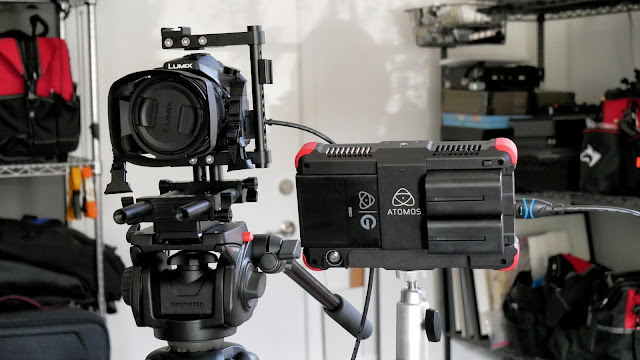 As you might have noticed I've added a bunch of Panasonic gear to the inventory all at once. We've got a couple of GH5s, a G85 and the FZ2500 here at the studio. My friends, VSL readers and any number of interested parties asks, from time to time, why the heck I want to have so many similar cameras banging around in my equipment bag. And to someone outside my particular business it does look just a bit irrational. On the other hand I think that the best scenario in the world for me would be to own three identical GH5s and nothing else. I may yet talk myself into divesting the G85 and the FZ to make this happen; but it all begs the question: "Why?" Why the duplication? Surely modern cameras aren't plagued with so many flaws that one must have many redundant back-up cameras to make it through a shooting assignment. So what's the reason --- if there is one...

This might be a good explanation since it's based on "real world" experience...

About a week ago I had a meeting with a friend who is also a video producer. He asked if I would be interested in working as a second camera operator on a two day video assignment that's coming up. I wasn't booked on the two days in question, and I really like working with the guy, so I said yes.

Then we got down to discussing the particulars of the job. He's usually a Sony FS7 shooter but has been interested in using, and maybe acquiring, some Panasonic gear. He asked me to bid on providing the lighting and a camera package, in addition to my day rate for shooting. We discussed the camera needs and decided that we'd like to use three cameras and we'd like them to all be from the same color family so editing would be consistent and efficient.

There are several important interview shots that will need operators on "A" and "B" cameras (one on the interviewer, one on the interviewee) as well as a wide camera to catch an overall point of view which would be a useful establishing shot. That means several of our important scenes will be three camera set-ups. The beauty of using the same cameras for all is total consistency in tonality and look. We'd white balance all three cameras to the same target and carefully meter each one which would save us time in editing.

Since we both abhor the idea of being on a paid, professional shoot without back up cameras we'll each work with GH5s as our primary cameras and then use the FZ2500 and the G85 as back-up cameras.  That's a total of three cameras with a back-up in reserve for the big interview set-ups and two cameras with two back-ups for the location. Four cameras. That's every camera I currently have in inventory.

What does this get us? Multiple cameras means we get our interviews, in three separate shots/angles in one long take instead of having to shoot in the old fashion, single camera mode in which we would have to shoot all the material from one angle and then reset and shoot the whole scene over again from a second angle. An incredible timesaver for everyone involved.

Having the back-up cameras means never having to say you are sorry if a primary shooting camera gets destroyed or stops working.  Three of the cameras take the same lenses while the fourth camera has its own permanent lens. Since all the cameras are from the same company the color science between cameras is very much the same and (blessedly) the menus are all designed to be similar and recognizable to a user of any other camera in the system.

This is not an isolated case. We have used multiple cameras on our video and video+still shoots for the Theatre, for our Healthcare clients and for several of our tech clients. In each case we were able to get better coverage more quickly and to cover non-scripted interviews in a linear series of takes. This is so important when working with non-professional talent who get flustered when they are called on to repeat something they've said in exactly the same way....

We use multiple cameras for other reasons as well. Often, when we're set up and waiting for an executive to arrive and participate in an interview an art director, hellbent on making use of our temporary "downtime" will ask us to leave the main set-up and "get a quick photograph of XXXXX."  If we've got a camera on a tripod locked down and fine tuned for a video shot the last thing I want to do is unplug the digital video recorder/monitor, unplug the microphones, pull the camera out of its cage and off the tripod and then switch all the settings to work as a still camera. It's far better to have a back up camera set up for still work, in addition to your primary video shooting camera. If the executive/subject is delayed you can satisfy your client's imaging needs by pulling the extra camera out of the bag and having it be ready to shoot still photos in an instant.

When you are informed that your subject is headed down the hall toward your primary set-up you can toss the "still" camera back in the bag and get back to your preset, locked down "video" camera and be ready to shoot just as soon as you've said, "Hello."

Given that traditional video cameras with the capabilities of the newest Panasonics cost tens of thousands of dollars only a few years ago the redundant approach gains you much and costs you next to nothing (or nothing) when it comes to image quality and usability. Five thousand dollars for three 4K video cameras; two of which are capable of shooting at 60p and in ridiculously information-rich All-I files. That's less than the cost of a high end video tripod...

We'll use the cameras mentioned here for many projects and we'll sell them when there's an obvious step up. If the current prices of the Panasonic GH4 (used) are any measure we won't end up losing much money at all in the transaction. It's almost like getting to use a bag full of cameras for an extended period of time for somewhere around $2,000. So much potential and capability for such a small investment....

Finally, we might want two identical bodies even if we never, ever touch the video button. We'd set up one body with something like the Olympus 17mm f1.2 Pro lens and a second camera with an Olympus 45mm f1.2 Pro and have the perfect combination for reportage at client shows and events. Shoot with on the dangle it on its strap and grab the other. Just like we did in the film days. 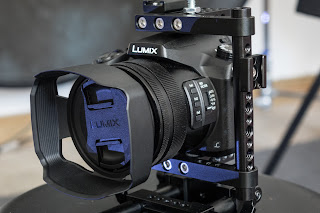 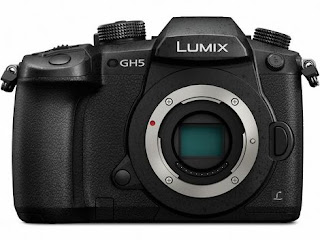 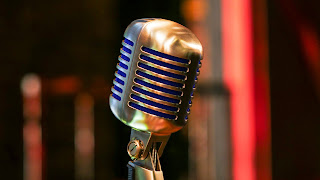 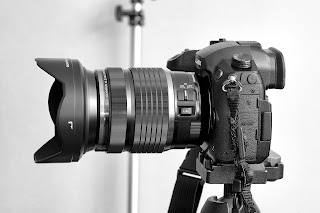 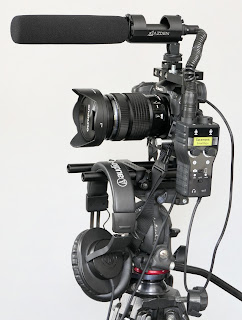 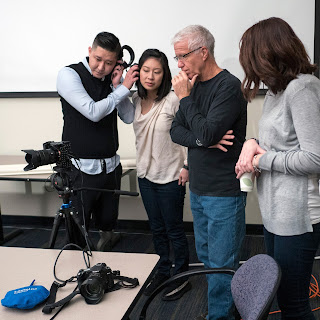 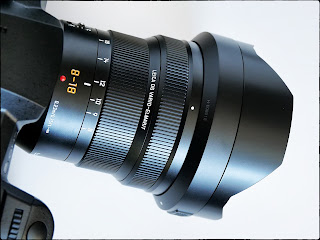 Posted by Kirk, Photographer/Writer at 15:42 15 comments:

Do you take your camera out in rough weather? How rough? Do your cameras generally survive? 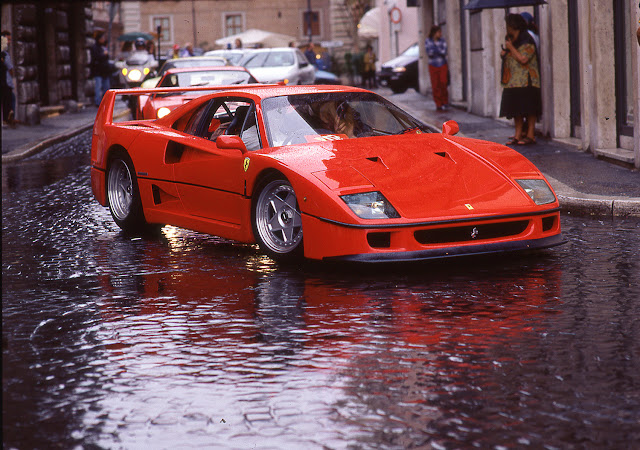 One of the things I always grapple with is the idea that our modern cameras are weather sealed. It's a great idea but on some level I'm always incredulous about camera maker claims. I still grab a big Ziploc plastic bag to take along when I head outside and it looks like rain.

The Panasonic G85 is supposed to be splashproof and dust proof. I'm never sure what that really means. And so, my question to the virtuous and brave readers of VSL. Can you share with me your experiences  of taking modern digital cameras out into inclement weather? Do you routinely use an unprotected camera in the rain? Do you take any sort of precautions? Are there limits you won't push beyond with your gear? Have you ever experienced a gear failure that was a result of soaking your camera?

The worst thing I've done with a camera is to stand in torrential rain shooting video with the Sony RX10iii for half an hour. Nothing failed. I did have duct tape over the battery and card doors.....

What's your most riveting weather+camera story? 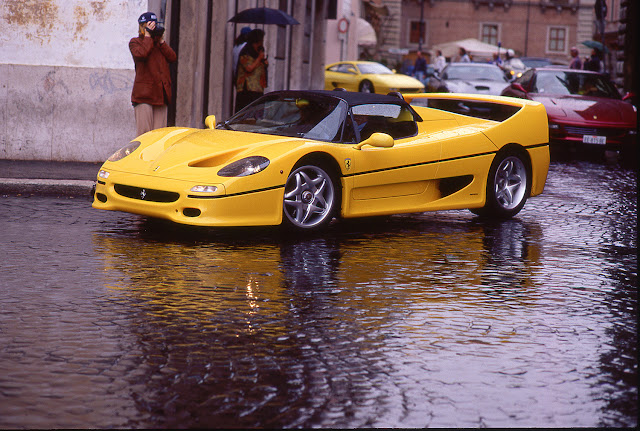 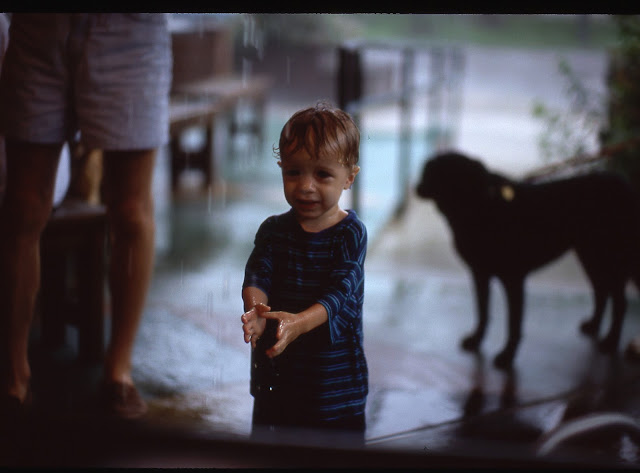 Posted by Kirk, Photographer/Writer at 08:34 24 comments: