How did my "take" from the 2006 production of "Rocky Horror Picture Show" stand the test of time. Twelve years later..... 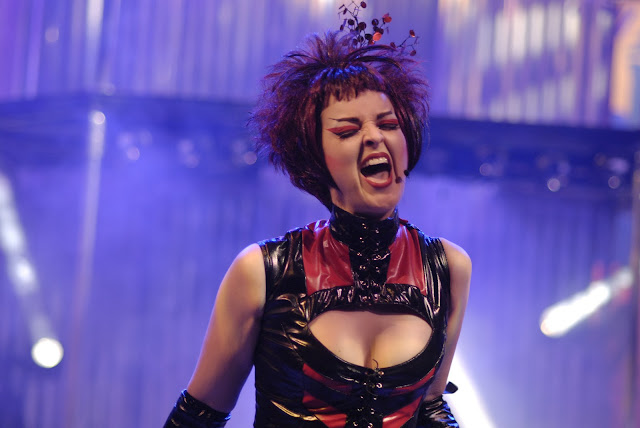 I've had an interesting re-entry into daily work life. One of my clients whom I have worked with for nearly three decades called to see if I had "the files" for a project I'd done for them in 2000. They were preparing 50 year anniversary campaign and were looking for images taken in each of the five decades during which their company had flourished. I went over to the CD and DVD archives, stuck on a Metro shelf in the corner, and looked through the material. Nothing. No sign of the work. Perplexed, I looked at my notebooks from the time to see if they held any clues. Of course they did. Making notes is the secret to long term understanding...

2000 was a transitional year in my business. It's the year that 35mm film started to jump the shark and morph into digital. Somewhere in that year I abandoned 35mm slides and color negative film almost entirely and started depending on digital cameras as a replacement. There were still a few years left in which I worked with medium format film for the more intricate and very high image quality assignments but, as digital cameras continued to improve, these too fell by the wayside and were replaced with ever advancing digital images.

I found an entry in the notebook about the job in question. We'd done the pre-production marketing images (the highest value stuff) with medium format film and a little assortment of Hasselblad cameras and lenses and then had done the higher volume, less exacting work with a 35mm SLR film camera and Nikon zoom lenses. By mutual agreement the client had held onto the film as it was proprietary and they had bought exclusive usage rights, paying in 1990s prices.

I talked through this turn of history with the client and they went through the process of contacting a procession of previous marketing directors until one of them led the current custodians of corporate branding (over the phone) to a small closet in the basement of headquarters, where the images languished in black notebooks, in banker's boxes, on a series of shelves. The original requestor had scanned the images he needed at the time and filed the "take" very professionally and with every intention of revisiting the work. But that was two careers ago.

I wondered how the old work would stand up in today's market. Would the old 35mm slides and plastic pages of big square transparencies seem hopelessly outclassed
by today's spectacular technologies? The clients found the files, made new edits (edits = means they selected the images they wanted to use, not that they manipulated them. Manipulating would be called "post processing") and then sent the edits out to have high resolution drum scans made of each slide in the new collection. As a courtesy they sent me a copy of the selected (edited) scanned images. I was dumbstruck by the amazing technical quality of the work. The highlight tonalities were gorgeous because of the natural roll off of the film's H&D curves. This more than amply matches any increase in dynamic range that might result from the latest sensor tech. They lacked the brute force resolution of the latest digital cameras, like the D850 and the A7Riii, but that quality was always secondary to the look and feel of an image.

The eye opener was the files scanned from the medium format transparency film. They evinced a physical presence that was ethereal. Like opening a grimy window and looking at a cold clear winter day through suddenly glass-free opening.

"Ah well." I thought, "We made our choices and now we have to live with them."

But even though I have an appreciation for film based results I have to think that, overall, the choices we made to move to digital were both necessary (from a business point of view) and also provided a handful of benefits.

When someone from Zach Theatre called recently, to see if I had archived my images from their production of "Rocky Horror Picture Show" done in 2006, I walked to the shelving, grabbed the protective, clamshell case labelled, "2006, first half" and paged through. There were two identical (duplicate) DVDs labelled, "Zach, Rocky, 2006, Jpegs, Final to deliver." I popped one of them into a DVD drive and took a look around.

Nearly all of the 1100 files were shot with the latest camera of the day, a Nikon D2X, along with a 24-85mm zoom lens. While the camera was limited in its ability to shoot high ISO, and my handling of noise reduction might have been just a bit heavy handed, there was much on the disk that seemed to me to be good looking work.

I uploaded all the files and shared the online gallery with the theatre. Then I started going through and editing (selecting, not manipulating!!!) twenty or so files that caught my eyes. I present them here without changing anything. This is how they went out to the client mid-year in 2006, processed with the software we had available twelve years ago.

Even though we lost a lot to blur (due to having to use lower shutter speeds to offset the lower ISO available (shot almost exclusively at 640 and 800) the images stand up well in my estimation. There is a lot more I could do with them today given the speed of our processing computers and the ability to pull monstrous amounts of noise free shadow detail from today's files, when shot conservatively. I had to consciously wait for peaks of action back then to get a useful hit rate...

I'm curious to hear what you think of my twelve year old files, done with ancient digital technology. How do you think they stand up to our current tools? Certainly, the APS-C files are no match for today's almost noise free, full frame cameras but, there is also a lower pixel density sharpness to them, on a macro level, that is pleasing--- at least to me.

It's a time machine. That's the nature of photography. It's good to look backward to see what the tools bought us in their day. 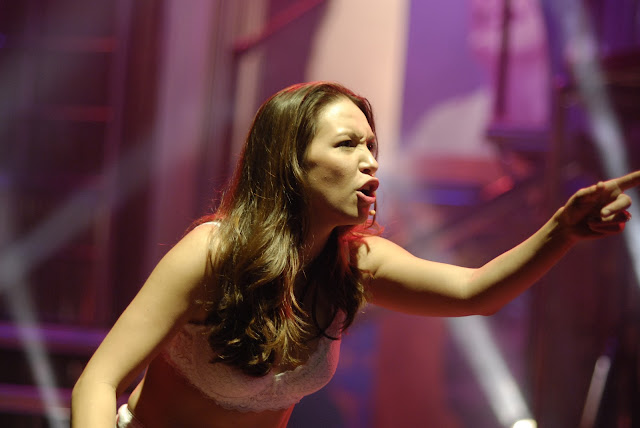 An interesting aside. The marketing director for the corporate client is just 28 years old and has never worked with film before. Never. We are walking her through the scanning process, step by step. It is a revelation for her to see how slow and meticulous the film workflow was. In a way, I think it gives her come empathy or insight into how our thinking can be predicated on old habits that are hard to shake.
On the other hand, she seems to be developing an appreciation for the positive attributes of film. But no. We won't be going back. 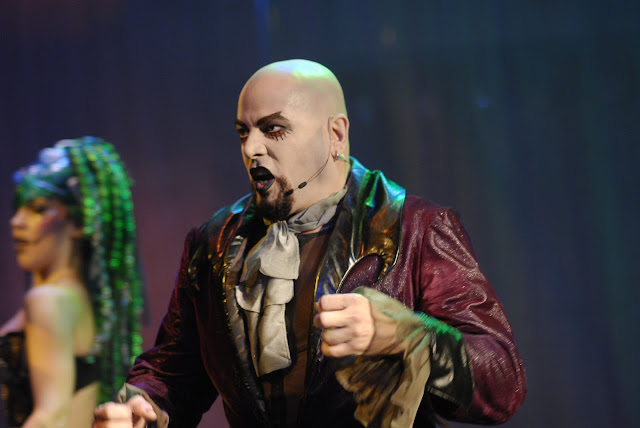 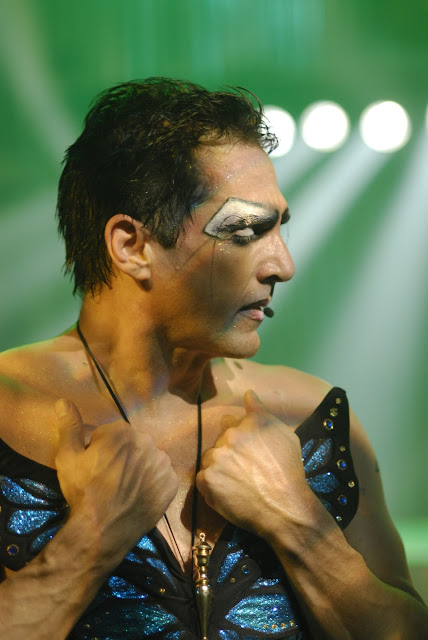 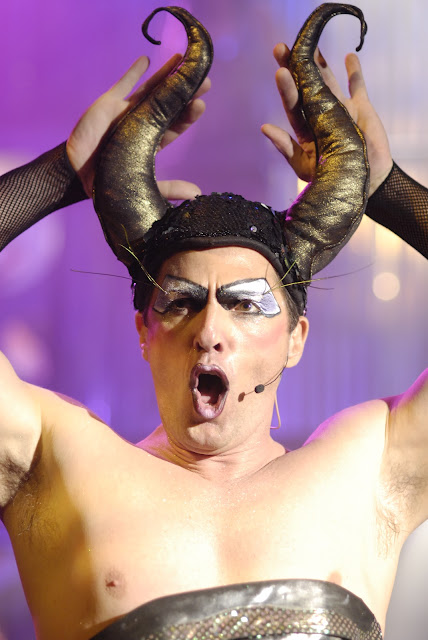 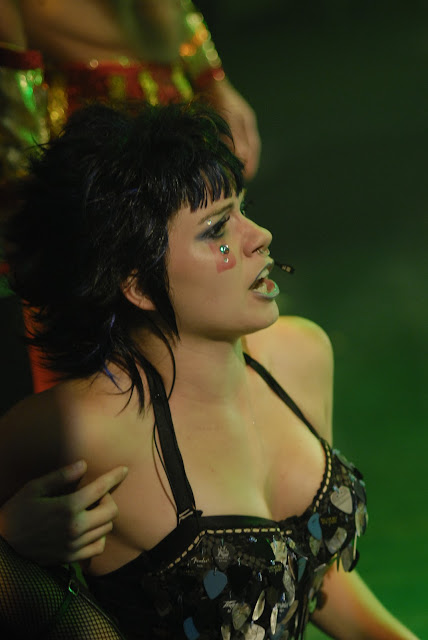 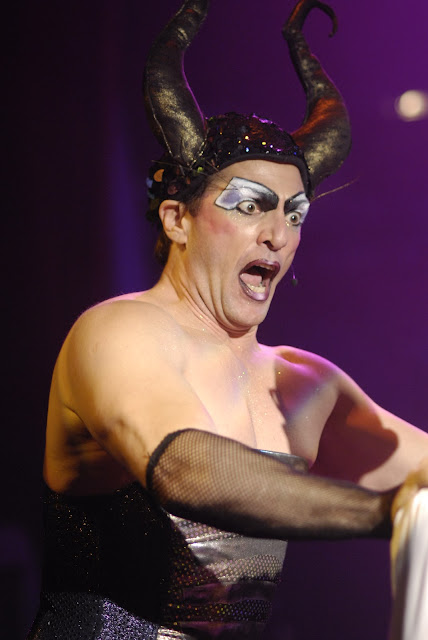 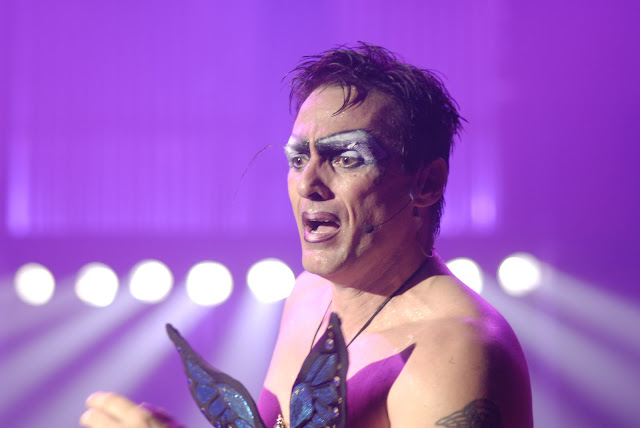 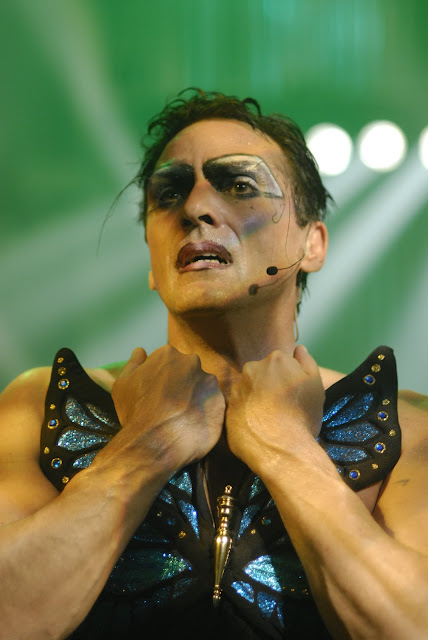 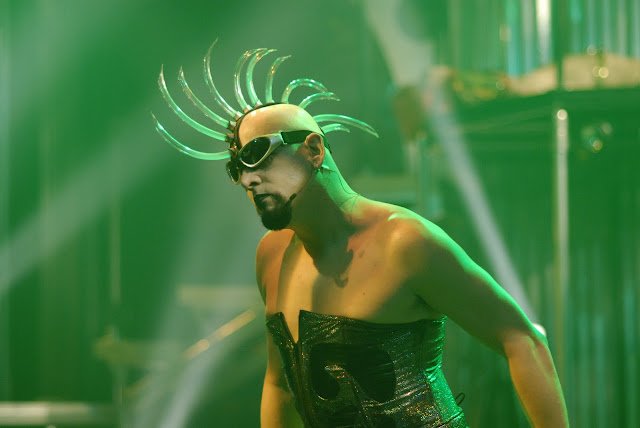 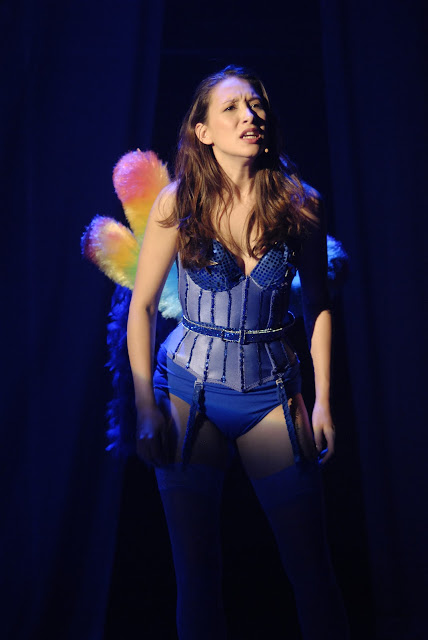 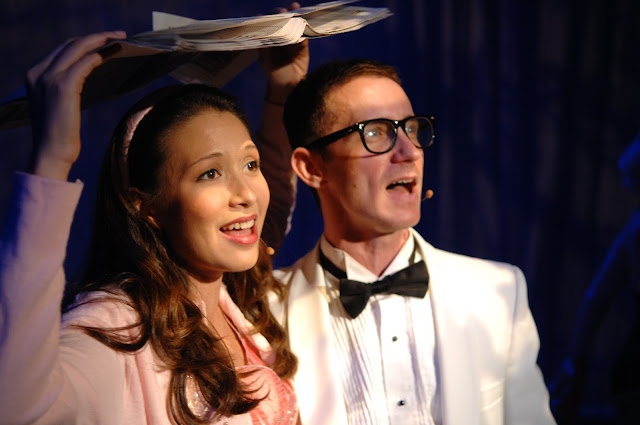 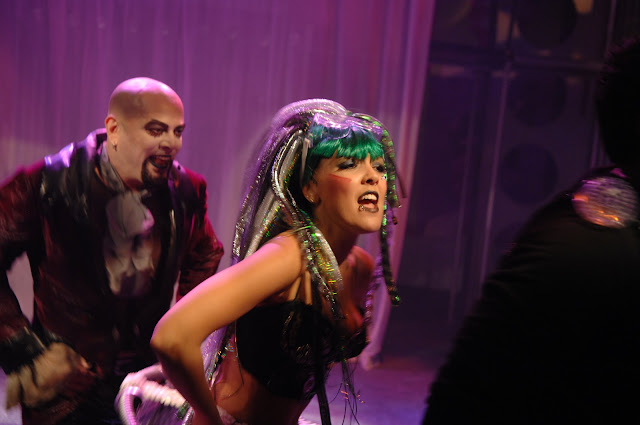 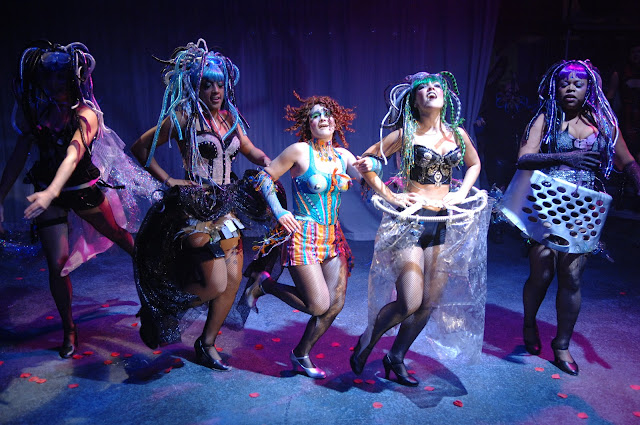 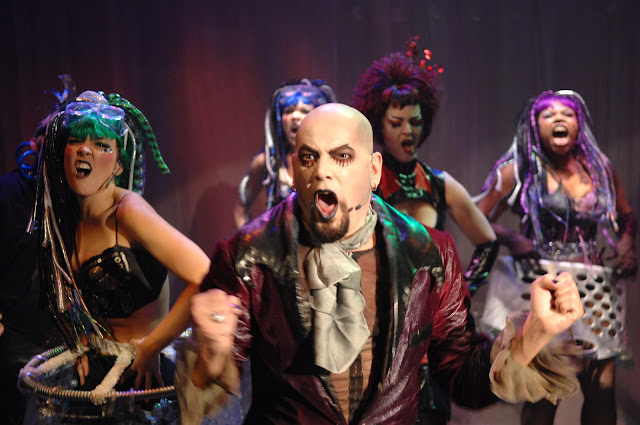 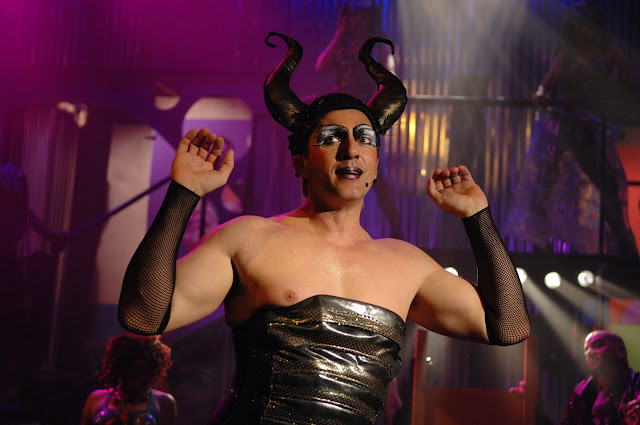 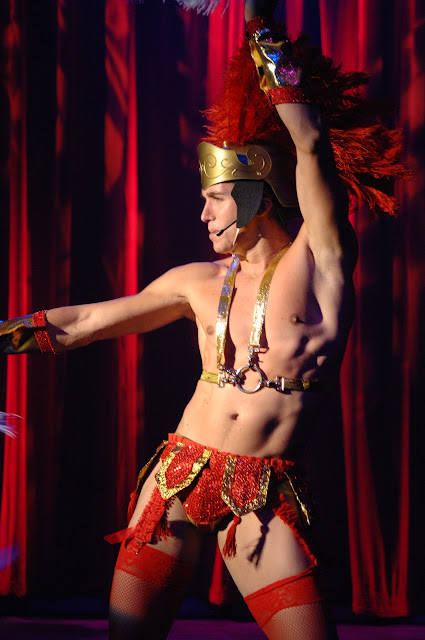 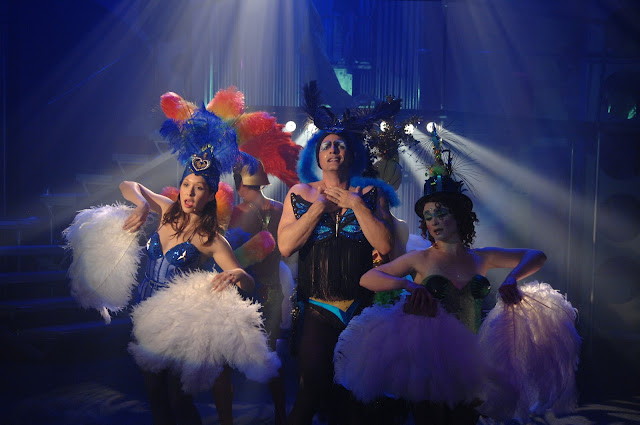 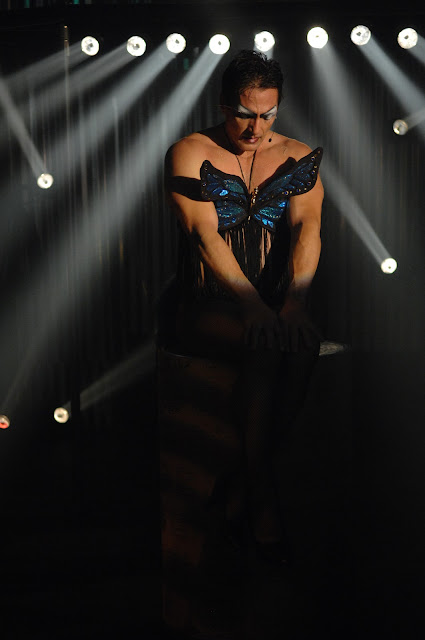 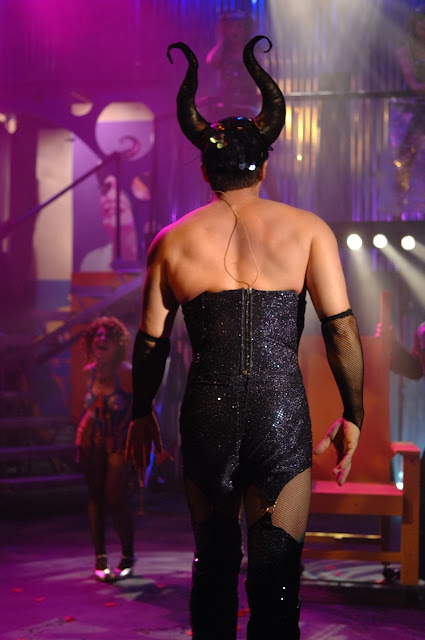 Posted by Kirk Tuck, Photographer/Writer at 22:00

Very interesting. Had I seen them without the narrative my assumption would have been the entire set was shot using 35mm film. Maybe a product of the lighting conditions, maybe the processing style. Or maybe I’m still under the influence of spending a week in a Sedona Airbnb decorated with at least a dozen Edward S. Curtis litho prints. All were set in matching, inobtrusive frames with the images printed in a sepia tone on a slightly cream-colored watercolor paper, the paper rough-edged and floating on a matching background stock and surrounded by a mat of the same color. It’s not like I’d never seen his work, but this was first exposure to what amounted to a gallery showing of it. The soft, gentle range of tones was fascinating. The matched set may have come from Aesthtics R Us for all I know, but the printing was excellent and the showcasing of the images perfect. For a week they kept drawing me in. Conclusion? Sharpness is great where appropriate...but it’s far from being the defining quality of photography.

The colour looks great, I know I have said this a few times, and I might be wrong. But I always feel the drive to higher ISOs is somehow affecting colour, or maybe reliance on processing vs an actual strong bayer filters.

I ran a test last week looking at the E-1, E-3, EP2 and EM1.2 and what I found was the files from the E-1 looked very nice in a hard to pinpoint way, but overall colour accuracy, detail etc looked amazing on the EM1.2, which surprised me.

I think nostalgia and greener grass must be heavily at play :)

To quote the late, great Douglas Adams in The Hitchhiker's Guide to the Galaxy:

“But the plans were on display…”
“On display? I eventually had to go down to the cellar to find them.”
“That’s the display department.”
“With a flashlight.”
“Ah, well, the lights had probably gone.”
“So had the stairs.”
“But look, you found the notice, didn’t you?”
“Yes,” said Arthur, “yes I did. It was on display in the bottom of a locked filing cabinet stuck in a disused lavatory with a sign on the door saying ‘Beware of the Leopard.”

The images are excellent. There is some blur from movement, but what the heck, the color is very pleasing. As you pointed out computers and the new software have given second life to older less expensive gear.
I'm having a show in a few days and I asked people to view my images and give me feed back, to my surprise they liked the film images better, said they had more depth, more life, then images done with a CCD sensor, go figure. So I'm moving back to more film and a slower pace, and yes a camera with a CCD sensor.

Here's a question, except for video could you still produce images now with the older gear you have and get the same results? With your wisdom and talent I believe so. I like the older gear more and more, it was more about what we could do, what we knew than the equipment.
Sony sent me an email saying I could purchase the new x9 for $4199 and it shoots 20 fps at iso 32000

Theatrical shots really show the best side of film. You do not care about detail in the shadows, but highlights are all important. These are beautiful. As for a little movement, no one but photographers cares about sharpness. I had occasion to be in a gallery doing shows for both Cartier-Bresson and Ansel Adams. Both were moving, neither was sharp. Nor was the technical quality of the CB shots great, but that did not matter either. His work in particular benefited from film - you just poured on the light when it was there and did not worry about precise exposure.

As has been said many times, if people complain about the noise (or whatever) then the image has failed.