A quick trip to Mexico to add vital images to a client's marketing library. 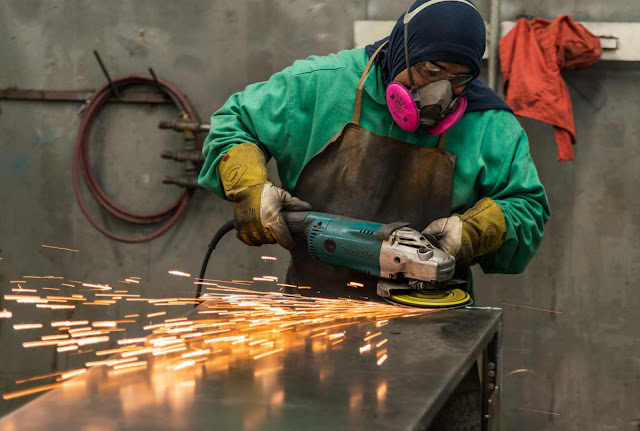 We have several clients who are manufacturers of parts and products for very large, multinational companies. One of them has industrial production facilities in the U.S., Mexico, China and India. The plant in Mexico is a recent addition and, other than some quick cellphone images, my client did not have any images that showed the scope and diversity of services they offered there. They asked me to make a quick run down to Matamoros (which is on the border, just south of Brownsville, Texas) and spend a full day making photographs, as well as doing a couple of quick video interviews with the plant manager and the CEO.

Moving through a working, heavy industry facility means being fairly agile so I packed light enough that I could move gear through the 100,000 square feet in one Think Tank roller case. I brought along extra gear in case I needed it but spent most of the day rolling the single case around with me and dipping into it for different lenses or charged batteries.

Growing up in Texas meant doing a lot of driving around. It's kinda dumb but it's kinda imprinted in my brain that any trip of 5 hours or less is well suited to driving instead of flying. I figure it like this:
To fly you have to get to the airport, which takes half an hour or longer with traffic. Then, if you are traveling with multiple cases of gear you'll need to check most of it. In the current state of air travel you really do need to arrive at the airport two hours before your flight is scheduled to leave. In the last sentence I wrote, "scheduled to leave" but there's no guarantee that your plan with work with the airline's reality. I have often arrived at the Austin airport, checked in and then been disappointed to read on a sign that my flight has been delayed for an hour or more. You may be in the air for only an hour (Austin to Brownsville) but you'll have to wait for your gear to arrive on the luggage carrousel and then schlepp the whole mess to the rental car counter. In bigger cities you'll waste even more time getting on the crappy shuttle to get over to some vast parking lot to find your car. It can eat up any time you might save over driving and is, at best, frustrating.

I drove to Brownsville for my photographic adventure. It was kind of fun. I spent most of my time listening to music. I start with Blonde on Blonde by Bob Dylan, continued with Nashville Skyline and finished up with Blood on the Tracks. If I'd had more B. Dylan on my iPhone I would have made it a complete marathon but when I ran out I checked out some of the K-pop my son put in the library. Topical Korean music fun.

My schedule on Tues. included a midday shoot here in Austin for the Boys and Girls Clubs so I didn't get on the road until 2pm. I cruised into Brownsville around 7:45 because I stopped for the best Whataburger I've ever had in some small town, the name of which I'll never remember.... In the space of six hours I went from the luxurious environs of the new Fairmont Hotel in Austin to a nondescript residence hotel near the border. Sometimes contrast is fun...

The CEO of the company drove me across the border and to the plant the next morning. We started early, went through the visa process on the Mexico side, and pulled into the facility in Matamoros ready to get started. I love this client because they like my work, and my experience with this kind of project and they just walked through the facility with me talking about their wish list and then let me work on my own. I become my own creative director.

While my Spanish is not exemplary I had not issues whatsoever in engaging the working technicians and getting them to collaborate with me on the photographs.

So, what was in the rolling case? One Nikon D800 (which I used all day long) and one D800e (which I had as a back up) along with a small assortment of Nikon lenses. These included the 24-120mm which I used for 90 % of the images, the 20mm, 24mm, 28mm (which seemed pretty perfect for certain shots) the 55 macro, and the 85mm. I also carried two flashes with remote triggers, a bunch of batteries for the cameras, two small light stands, two small umbrellas and a Gitzo 2220 tripod with a Manfrotto bullhead on the top.

In a separate case I brought a GH5 and the 12-100mm Olympus zoom, and several sets of Sennheiser wireless mics for the video interviews. They all worked perfectly.

At some points during the day, like during the scene at the top of the blog with a person grinding out cool sparks, I wanted to shoot a little video of the action but didn't feel like heading back to the conference room to grab the Panasonic camera so I learned how to switch the Nikon to video live view and trigger the video. It looks fine for the industrial work I was shooting and the 28mm f2.8 was a good match for the scenes.

I didn't get any use from the flashes I packed but did use several small LED panels which were perfect for adding a "puff" of fill light.

We had chicken and beef fajitas from a local restaurant for lunch, along with black beans and little salad, and the finished up our work late in the afternoon. My original plan was to go back to the hotel in Brownsville and chill out, then drive to Austin the next morning, but I kept seeing the possibility of severe weather in Austin the next day and I didn't relish being on a busy highway during possible hail storms and tornados. I looked at the time. It was 5pm. I had a full tank of gas and decided to just hop in the car and drive straight through. 350 miles later I walked in the door of my house, grabbed a Fireman's Four light ale from the fridge and called it a day. I was tired but happy with the 645 photos that made it through the first round of editing.....

How was your day? 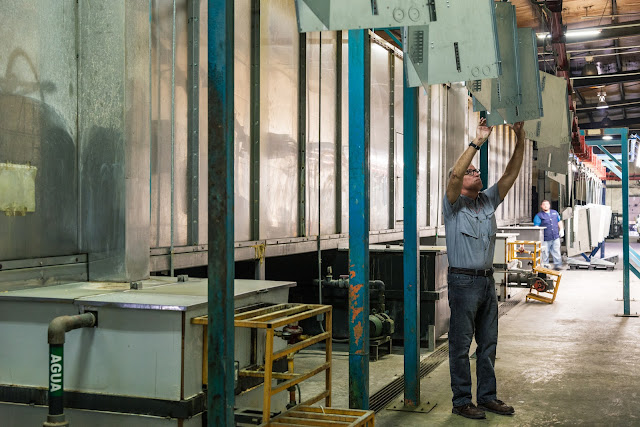 A "Kirk Tuck" interview about photography just got posted at "Dear Susan"; the site for travel photography. Link in the body copy....

Paul Perton interviewed me for the travel website: DearSusan.net. We covered topics ranging from changes in commercial photography to thoughts on new tech. Paul also posted lots of my favorite photos; most of which loyal blog readers have seen before.

Let me know what you think....

P.S. We shot all day yesterday in Matamoros, Mexico and then I made the five hour drive straight through to try and get ahead of vicious thunderstorms that never materialized. At least I'm back safe and sound. I even had time to sit on the couch for a while and have a beer in the good company of Studio Dog and Perfect Spouse. A long, good day.