OT: In case anyone is wondering Captcha has done a great job smashing the spam. 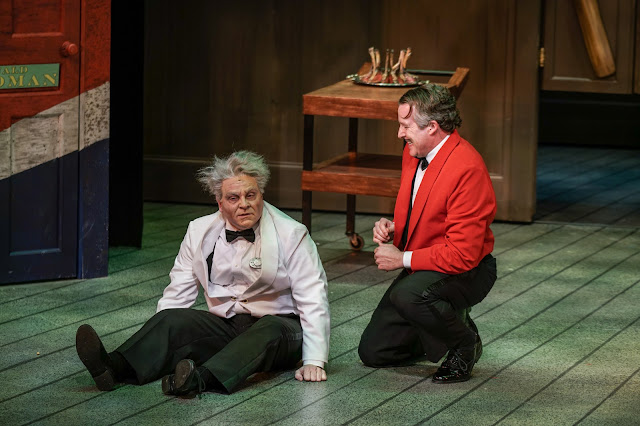 The torrent of spam I've been enduring has ground to a halt. None today. Two weeks ago there would have been dozens of invitations for hair regrowth, marriages to foreign super models and so much more. I should have added Captcha to the blog years ago.

I love being asked if I am a robot.

If I were to be a robot I'd hope to be eight feet tall, ripped like a Spartan and encased in a solid Vibranium shell. And I would go looking for people who spam. With my adamantium claws out.

A mopey Saturday thinking about getting older in a what is purported to be a young person's field. Screw it. We're not done yet. 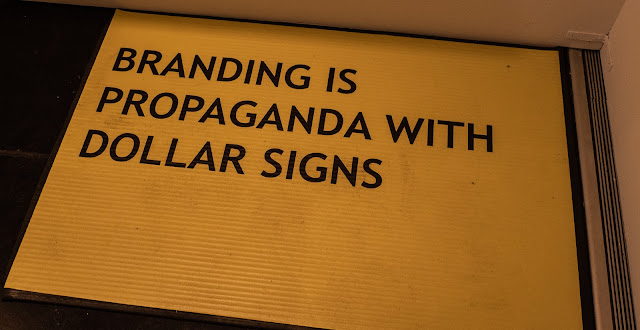 It's going to be another hot day in central Texas. My brain is working overtime these days and I have trouble sleeping in past 6 or 6:30 in the morning. I'm thinking about what comes next. What will the next set of wrinkles in my working life be? How will I move the business forward? Is photography really evaporating or is it my own personal engagement that seems threatened?

With my only child having successfully graduated from college I no longer feel the tug of complete financial responsibility pulling at me. But that's been replaced by a new worry: Am I no longer relevant to the world of commercial photography? Have a I crossed some universal but invisible boundary that will progressively limit my connection to the business of taking photographs? Will age discrimination or disengagement finally thin out my selection of clients until I am left sitting next to the computer, a pile of gear next to me, waiting for someone --- anyone to reach out with an e-mail or text and invite me to the next engagement?

When I look in the mirror I seem old now. My hair has shifted from brown to gray to mostly white. I have age spots. The people selling tickets at the theaters no longer even ask before tendering my "senior" discount ticket. I have multiple pairs of bi-focal glasses; some in the house, a few in the studio and an extra set in the car. I like the glasses because they are sometimes effective in hiding some of the wrinkles around my eyes.

These are all external cues but on the inside I can't shake the feeling that I'm an 18 year old trapped in the wrong container. I watch many people sink into that gloomy sense of adult resignation but I watch just as many of my friends fight the progression toward the trappings of being older with every breath. In fact, I've even come to believe that an egregious expenditure on a new toy is really the desire to affirm that there's more life left to live; that the purchase of the hot new camera or the amazing new car is really an unconscious act meant to convey that you believe you'll be around for a while to enjoy the fruits of the purchase. That you are continuing in the continuum.

The house was quiet when I got up. The dog looked up at my from her bed, metaphorically shook her head and then, with a sigh, nestled back into the upholstery and dropped back into a nice, even sleep. I went into the kitchen and made myself a couple of multiple-grain toaster waffles and ate them while drinking a glass of water. I chided myself for a lack of courage --- my real 18 year old self would have eaten cold pizza just before the Saturday morning swim workout. He might have been going to the pool directly from a late date...

I felt slow and stuffy and tired on my way to the pool but when I finally hit the cool, fresh water it only took three or four laps to brighten up and get into my groove. I swam in a lane adjacent to one of my favorite swimmers. She's competitive and driven and at least 14 years younger than me but I matched her lap for lap as we pushed the intervals down and I hit the end of each set with my heart pounding and my lungs greedy for more air. I savored every flip turn that I executed well. I focused on the front end of my freestyle stroke trying to grip a hold on the water and move my body past that point. It's as much a mental practice as anything else.

The sun came up fully on the pool, it was 8:30 and we'd done our 3200 yards for the morning and yanked ourselves out of the water. An unspoken belief among swimmers is that if you are in good enough shape to swim masters you never use a ladder to get out of a pool and you never put a knee down on the deck during your exit. You place your hands wide on the deck and pull yourself straight up high enough to toss your feet under you. Sure, if you are nursing a bum shoulder you are temporarily exempt but, a knee on the deck.....?

But what does any of this have to do with photography? I'll conjecture that a large measure of the disquiet I feel right now is that I'm becoming aware that peoples' perspective about "who" photographers really are comes from the advertising created by the people who make products for photographers. Their ads mostly feature youth as practitioners of the modern photographic art.  There are some hoary holdovers who've continued to have media relevance well into their senior years. I just read Thom Hogan's article about the Sony junket last month. He was rubbing shoulders with venerable like Bob Krist and a few others but the event was dominated by the YouTube Youth Gangs like Kai and his cohorts,  and the (now aging) hipster crew from DP Review. Jordan and Chris, as of late from DP Review's newly revitalized video channel, and many other newly post adolescent photo/video/bloggers.

The message in advertising, and video blogging on YouTube and elsewhere is that photographers are young, hip, innovative and aspirational. They spend their days snapping pix of their beautiful boyfriends and girlfriends and virtually sashaying around Instagram with an air of coolness that increases with every media post and its attendant "likes". I guess I see enough of the programming to have understood the message and taken it to heart: "this is a young person's game in a young person's universe." When you see the meme often enough it's hard not to internalize it and worry that you've become as obsolete as an old Canon Rebel. As worn as a film era Leica.

This messaging misrepresents reality. All around me the successful photographers I encounter are almost without exception past forty. They are comfortably established, they jumped and struggled up the waterfall, from film to digital, like successful salmon in the run. They are the ones with the credit lines that allow for impulse purchase follies like medium format cameras, European flash systems, and Billingham bags. But the marketers miss the mark with their messaging. They only have eyes for the millennials now, the one segment of the population swimming in student debt. The generation hit hardest, economically, by the giant recession of 2008-2009. The generation in full embrace of the iPhone as the camera of choice. A misguided read of marketing stats if I've ever seen one...

When I write this all out and think about it logically I suppose life has always been like this. Every generation grows and peaks and wanes. Advertising has always preferred the cute and the young. Understanding it makes me feel better. I love taking photographs and it's really not up to me to determine the relevance of my craft to our current culture. I don't have enough data points to ever really know. It's enough for now to still have good work and still have the desire to get out every day and visually interpret my world in my own way.  And with role models like Duane Michals and Elliott Erwitt how can we go wrong? Persist or perish. There are no other choices.

But DAMN. Isn't photography a blast?!

In car selling circles the Toyota Avalon was smirkingly referred to
as "the geezer pleaser" for it's soft ride, ample trunk and
welcoming interior appointments. If there is a camera that
I would call a "geezer pleaser" it's got to be something like
the Nikon D800 or D810. Lots of nostalgia, good performance
and middle of the road comfort. Some would say it's the Nikon DF but
I think that's more like a vinyl topped, two tone Riviera... 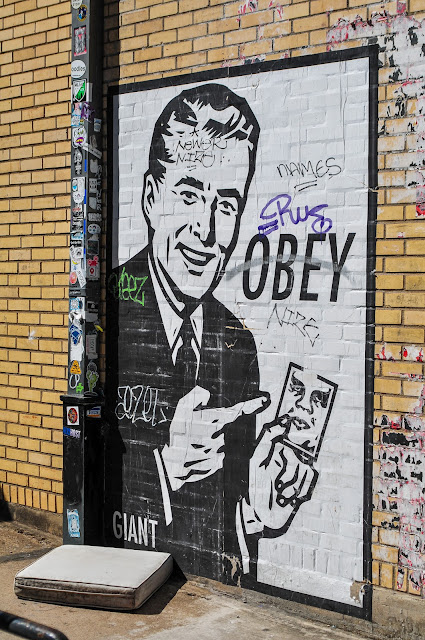 In a flash of coherence this is sometimes the message I get from online discussions
and advertising about photography. 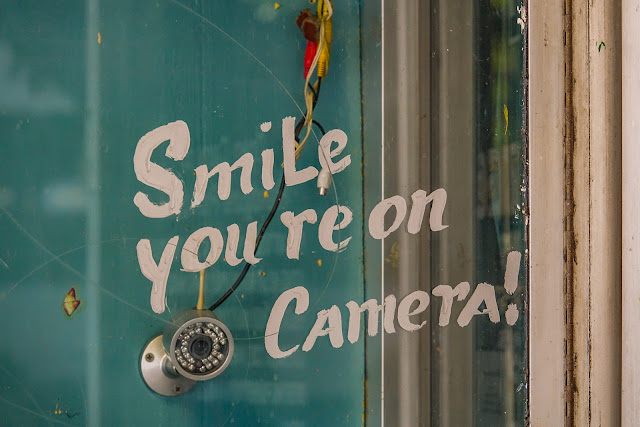 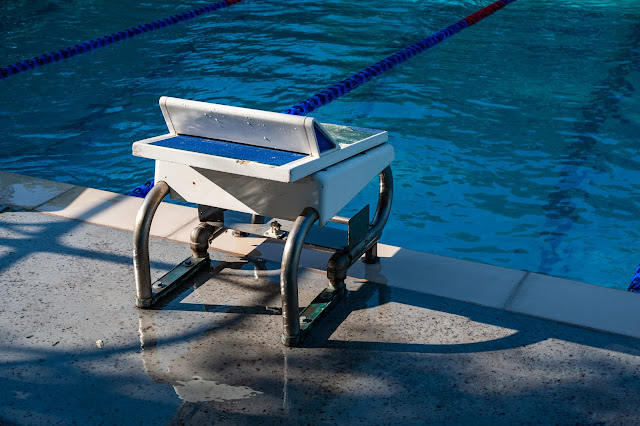 I like the pool because I can't take my cameras in with me.
It's just me and a couple thousand gallons of water and some people
who want to swim faster than me. Whether or not they succeed is, in some
part, up to me.

Now it's time to change gears and go to lunch with the family. Later in the day it will be time for some fun photography. What Robin Wong would call, "Shutter Therapy."
Posted by Kirk, Photographer/Writer at 12:28 19 comments: