Last lens purchase of the year. Something fun to put on the front of my Fuji X-T3. 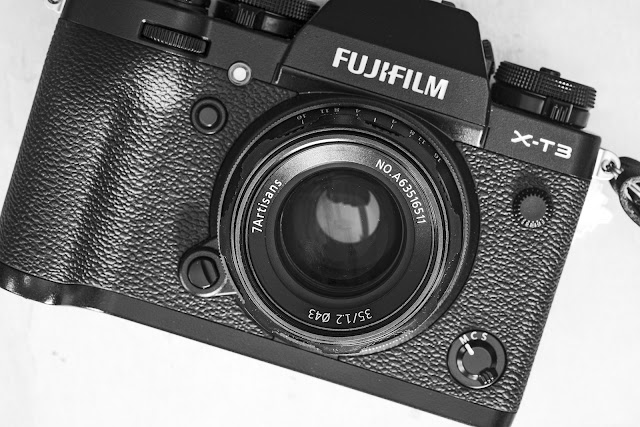 I bought a 7Artisans 55mm f1.4 lens a few weeks back and after shooting with it for a bit found it to be a good performer. It's sharp enough in the middle of the frame, even wide open, and then sharpens up to modern, $500 normal lens sharpness, which is nothing to write home about except that the 55mm 7Artisans lens retails for about $118. It's ostensibly a simple design, with six elements in five groups but the ad copy does brag about the aperture having 14 blades for better bokeh. After my dalliance with the Kamlan 50mm f1.1 (which is mostly sharp only in the center of the frame) I was happy to find the 55mm from 7Artisans to be much sharper everywhere and much better made. It's also a decent focal length for portraits. Not quite long enough for some of the work I like to do but workable with todays file sizes. A little crop to the right composition would go largely unnoticed.

After a few outings with the 55mm I started thinking what else 7Artisans might have on offer for a Fuji camera and that's when I came across the 35mm f1.2. It's a bit pricier at around $145 but I thought the company did such a good job with the 55mm that I'd give the 35mm a try. After all, the worst that could happen is I'd be disappointed and would spend some time returning it. 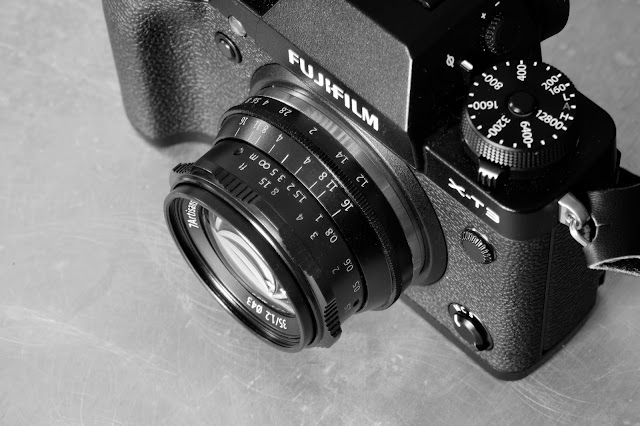 The 35mm f1.2 lens body is made from a combination of aluminum around a copper core structure. It seems very well built with smooth turning aperture and focusing rings. The lens is nicely dense but small. It's very much at home on the front of cameras like the Fuji E-X3 but equally nice on the T3. It does look a bit small on the X-H1 with the battery grip attached....

My early tests made me sit up and take notice. It's useable in a pinch even at f1.2 (center 2/3rds is sharp but it's hard to tell if the less sharp edges are caused by the optics, by field curvature or just very narrow depth of field when objects are focused in the center. By f2.0 it's good everywhere. By f4.0 and f5.6 I doubt anyone could pick it out of a line up with lenses from any of the major makers.
Added Jan. 1, 2019: The majority of the frame is sharp but even when stopping down the far corners are mushy. It's almost like the lens doesn't cover the extreme corners correctly. Not a "deal-killer" for me but something you need to be aware of if you are looking for a lens that's sharp over all 100% of the frame!!! If you are looking for that then this is not the lens for you can you can just stop reading....

I'm keeping mine! It's about the equivalent angle of view as a 52.5mm and that's right in the sweet spot for me. I'll use it as a fast normal when I want a different look than I currently get with Fuji's very fine 35mm f2.0 WR lens.

What do you give up when you buy one of these inexpensive lenses from makers in China? Hmmm. Well you obviously don't get autofocus. You don't get any communication between camera and lens. No data is exchanged. You don't get any in-camera software correction for vignetting or distortions and you don't get as polished looking a product.

But what you do get is a lens that's sharp (except in the far corners!!! -added 01-01-2019), fast, fun to play with, easy to shoot when used with Fuji's focus peaking and you save a bit of money. On the info page about the lens which appears on Amazon.com the manufacturer actually says that "if you don't like manual focusing you should not buy this lens."  Fortunately for me I think that not having auto focus makes a lens more compelling.

I haven't shot this one extensively, it just came in yesterday, so I'll shoot more when the sun comes out and I can make samples with contrasted light and even some light in the frame to test for resistance to flare. Right now I'm just having fun annoying my usually patient family with this new addition to my camera bag.

So, the lens has a fast aperture and will do a decent job keeping things out of focus in the background. It's solidly and simply built so there's not much to go wrong. It's six elements in five groups and has nine aperture blades but I don't know what those specs would really mean to anyone other than a lens designer and I'm not sure we should care.

Seems I'm making a habit of acquiring lenses from this company. The next one on my radar is the 12mm f2.8, but I'll have to save up some money for that one! It's a whopping $188. Yikes. Wouldn't it be crazy if it's good enough to shoot architecture with? Might drive some folks a bit nuts.

If you want to try one of these lenses and you click through one of the links below you'll help support this site without paying anything additional to the usual price. I'll be happy. And if dozens of you decide you need one of these lenses (sorry, they don't cover full frame cameras...) then I'll accrue enough additional wealth from Amazon.com to cover the cost of my test 12mm.

Here is a sample from the 55mm lens at a middle distance: 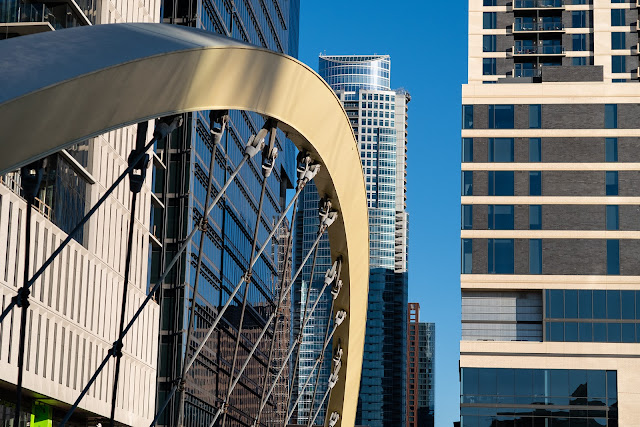 Posted by Kirk, Photographer/Writer at 13:31 4 comments: