Digging in a bit more with the Pentax HD 28-105mm WR lens and some new shoes. 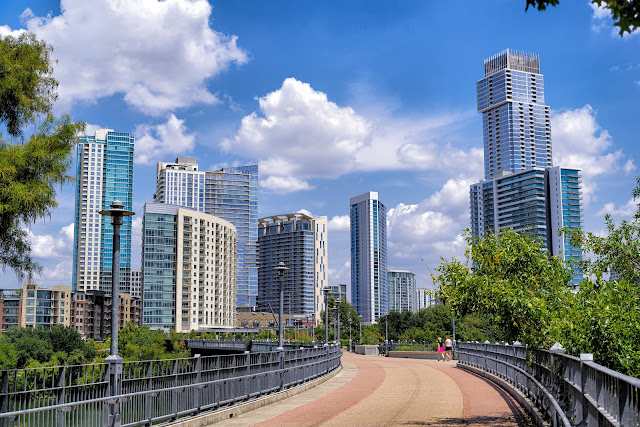 A brand new building, just to the right of center.
When the heck did this one land?

I tried a little experiment yesterday which I actually enjoyed. After finalizing some estate paperwork I rewarded myself by going out for a nice, long walk through the city but this time, instead of reprising my usual role of "control freak" and habitual route follower I made some changes to my routine. It's kind of crazy but hear me out.

I've been having fun with the Pentax K1 and the 50mm's but I've shied away from really using the zoom lens. I think I had a misguided prejudice against the lens since its fastest aperture at 105mm is f5.6. I've been effectively acculturated to believe that only fast, expensive lenses, used at f2.8 or so, are worthy of consideration for daily photography. But, in fact, nothing could be further from the truth.

I've already spent the money on the lens and I wanted to figure out a strong case for keeping and using it. I think it's time for me to get over the prejudices of the film days and embrace the good things about modern lenses. With this in mind I was determined to use the Pentax K1 and the 28-105mm together in their most optimum settings for each situation but the one thing I made consistent was the aperture of the lens. I set that at f8.0 (the sharpest setting according to lab tests) and left it there for the afternoon. The camera was set to ISO 100, using the DNG raw file setting and I kept the camera at ISO 100 until I hit a few situations in which I just flat ran out of enough handhold ability to make a nice image; then I'd raise the ISO, but throughout I kept my hands off the aperture setting. I guess, for a change, I wanted to see what images looked like when most of the stuff in them is reasonably sharp.

With the lens basically set in a fixed mode and with the wide latitude of the K1's raw files I used the camera in the aperture mode and only occasionally corrected the camera's exposure setting with a little nudge in one direction or another of the exposure compensation dial.

I also spent less time in the jungle of (familiar) downtown buildings and more time exploring the north shore of the hike and bike trail around Lady Bird Lake (the part of the Colorado River that runs through the center of Austin).

The first thing I realized when I went to post process the images was that the raw files don't automatically impart profile corrections for lens geometry or vignetting the way the Jpeg engine does. It's pretty revealing to click on the "profile correction" control in Lightroom and watch the image flatten out, un-curve itself and brighten the corners. The software is doing a lot of work. No more than I imagine is done for other camera systems but it's still a bit surprising to watch.

The main thing I realized while out walking and shooting is how much different images look when I let focus extend deeper into the frame than I usually do. The lens achieves a very high level of performance at f8.0, regardless of focal length, but that shouldn't surprise anyone knowledgeable about photography. One benefit that adds to the greater lens performance is the nearly complete assurance that the points you most want to be in focus will generally sit within the f-stop's critical zone of sharp focus due to increased depth of field. It just means you have a better shot at getting the parts you want sharp to be sharp.

After decades of shooting longer lenses and shallower apertures I was a little surprised at just how much more "three dimensional" the images looked when shot both at wider angles of view but also at smaller apertures. A revelation to someone who only really valued depth of field when clients presented comps that needed lots of stuff to be in focus....

Within the constraints of more limited depth of field control I found the 28-105 to be a great lens that is small, feels great in my hands (dense and seemingly well made), and delivers high sharpness and detail. It just doesn't deliver fast apertures. Compromise, compromise.

After my assessment of the images I can see that the zoom is going to try to edge out the primes whenever possible. It's nearly a universal tool --- unless you want to shoot big apertures in low light. But there are other lenses and cameras for that. As in the Fuji primes.

But I sure like the look the Pentax system delivers when puffy clouds show up and show off.... 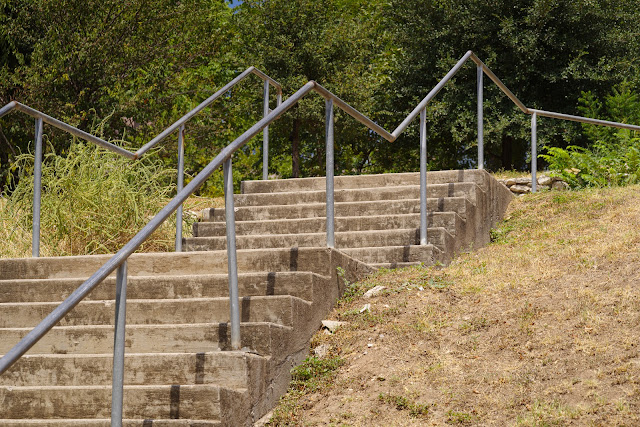 For some strange reason these railings remind me of 1973.
Don't know why. They just do. But then some numbers look like colors to me
so what do I know? 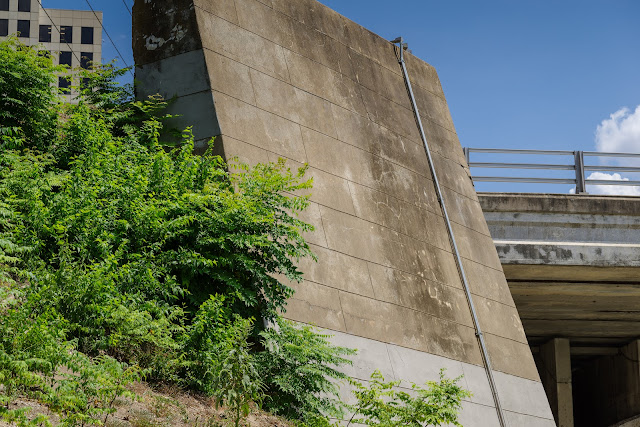 I have absolutely no idea what this concrete slab is all about but I'd love to have three or four walls like this at my house. They'd be fun to rappel down and you could hold off hordes of invaders with enough of them. Lord of the Rings stuff, for sure. 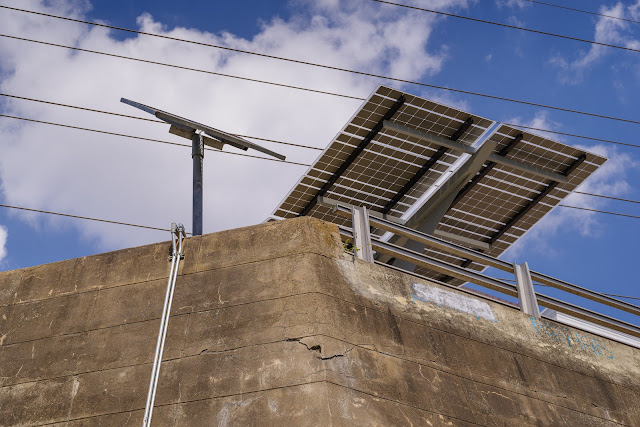 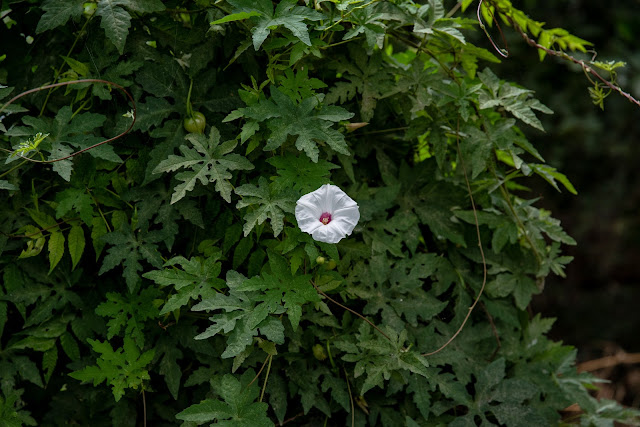 I was handholding the whole rig at around 1/30th of a second and when I looked at the flower back at the studio I was pretty impressed by the sharpness and detail in the center of the flower. Click on it to see it larger.... 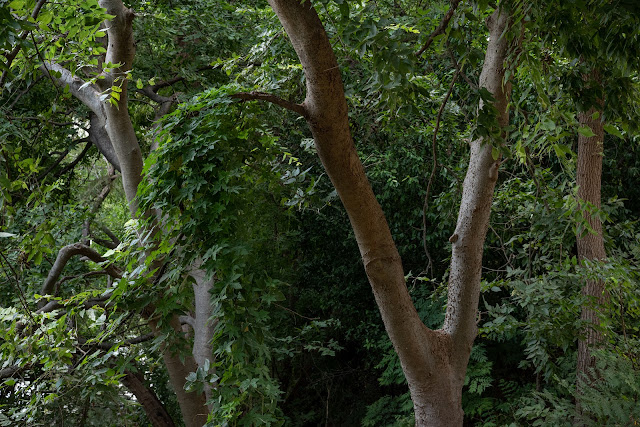 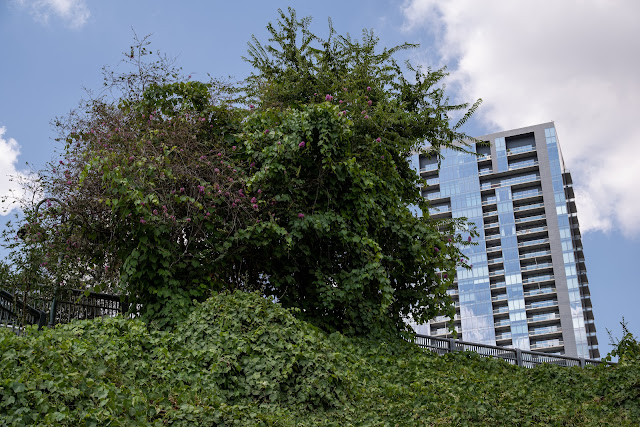 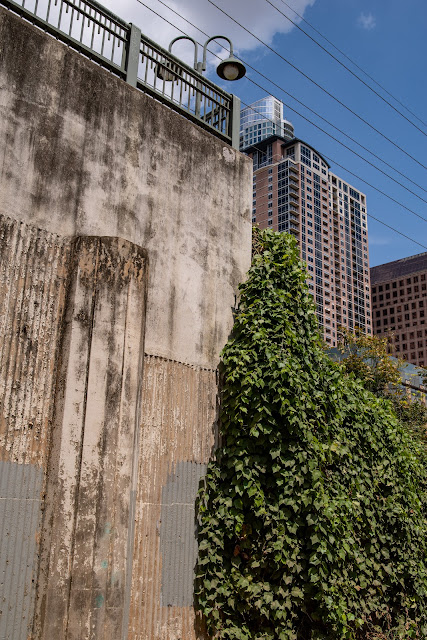 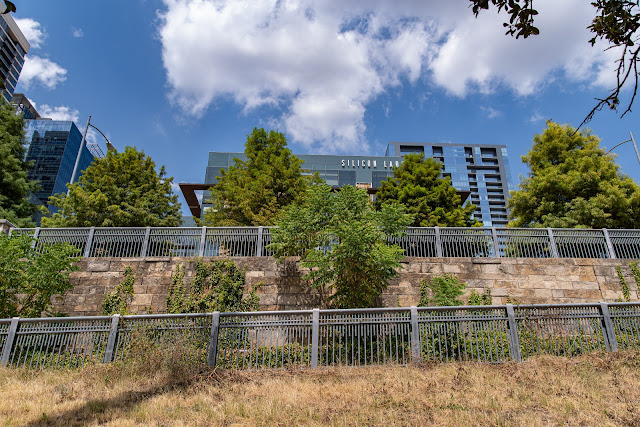 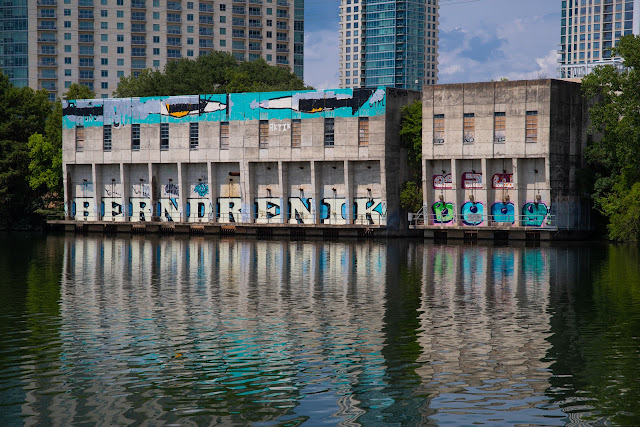 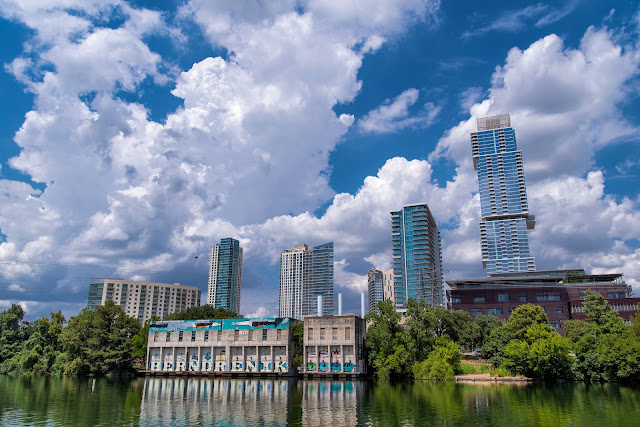 I'm calling this the Pentax Cloud Effect. I love it.
I hope to see clouds like this out in west Texas
they'd make a nice top of the frame for some desert landscapes....


Posted by Kirk, Photographer/Writer at 22:44 8 comments:

A special thanks to that reader (you know who you are) who sent along a case of wine as a "thank you" for my ten years of blogging. Nicely played. Drop by and share a bottle. 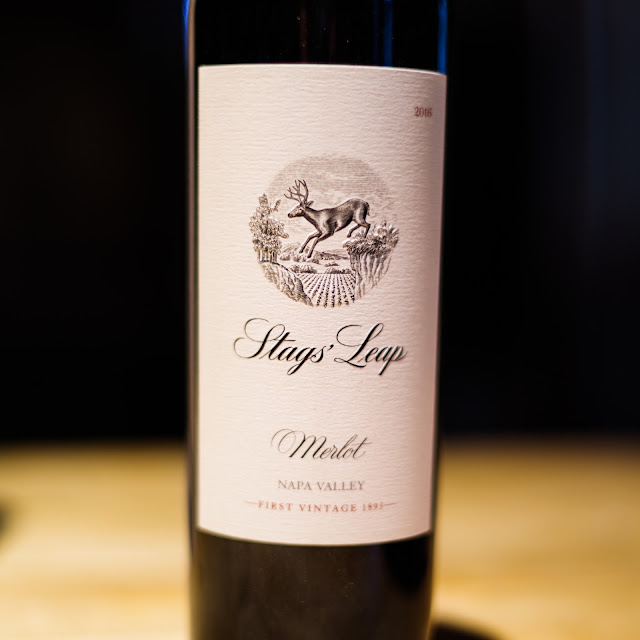 A perk for life spent writing about photography.

When we talk about wine at swim practice someone always calls it, "French Hydration." I gently remind them that the Californians are very much in the game. To my knowledge no one, yet, in our swim program has come to workout with anything other than water, coffee or some strange (non-alcoholic) sports drink in their water bottle. I'm not about to give wine a try at swim practice. There's a time and place for everything.

For looking at Avedon photo books it's always Champagne. For everyone else's work there's Merlot.

Thanks again! KT
Posted by Kirk, Photographer/Writer at 20:31 4 comments: