A recent post at TheOnlinePhotographer had me back looking through files to see if I've been adding too much contrast and over-sharpening to black and whites versus how we used to do it under the enlarger. 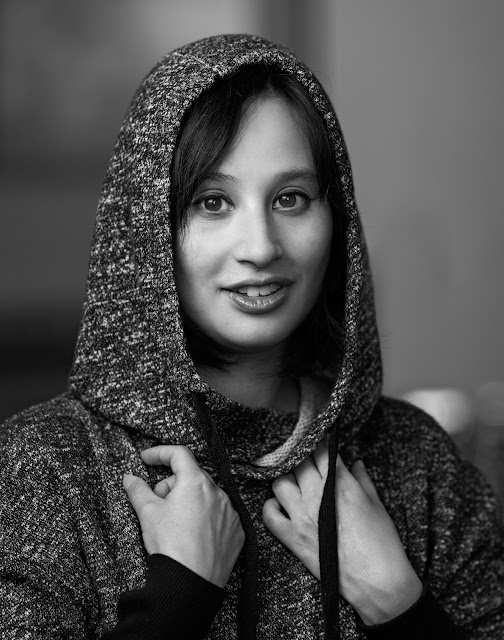 I certainly get where Michael Johnston is coming from. I see a lot of stuff that starts life as a color camera file, gets dragged through post processing and unceremoniously converted to monochrome without any color filtration naunce, and then gets flogged into submission via high contrast, high clarity slider action, followed by gratuitous monkeying around with skin tones making them both too light and too unbelievably smooth. Some of my friends say Luminar 4.0 can fix all this but my rejoinder is, "why mess up the files in the first place?"

The file above is one I did of Rebecca with LED lights bounced into a big umbrella, in a room that was already swimming with diffuse window light. My old Sony A7Rii struggled to hold detail in the highlights in the original color file even though that camera was widely regarded to have a "wide dynamic range."

I don't like to overfill shadows so I left the darker areas exactly as they mapped over from the conversion. I think the flesh tones on her hands are just right and I think I've finally found the right exposure to keep the highlights in check on the right side of Rebecca's face while not letting the shadows submerge too deeply. It's a balancing act, but it was the same in the days of film.

We spent a lot of time in the darkroom burning and dodging to get the tones that Michael seems to be referencing but we tend to forget that in the current time of convenient sliders.....

Below are some other black and white expressions; each subjectively processed to meet my idea of what the final images should look like....for me. And yes, original prints did all have their own color... 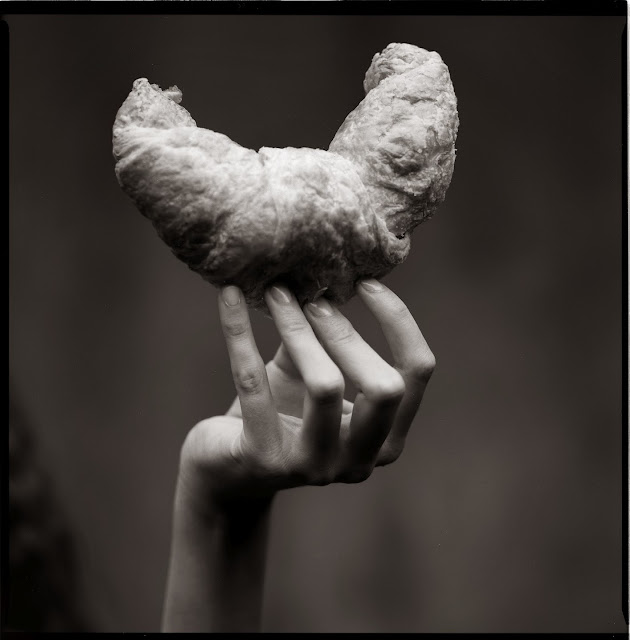 A Hasselblad homage to a croissant. And an elegant hand... 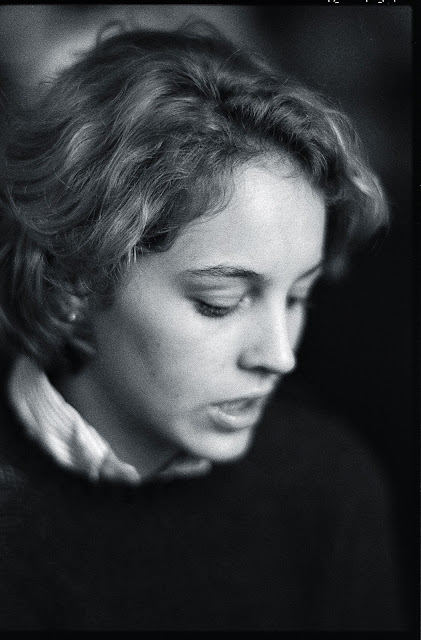 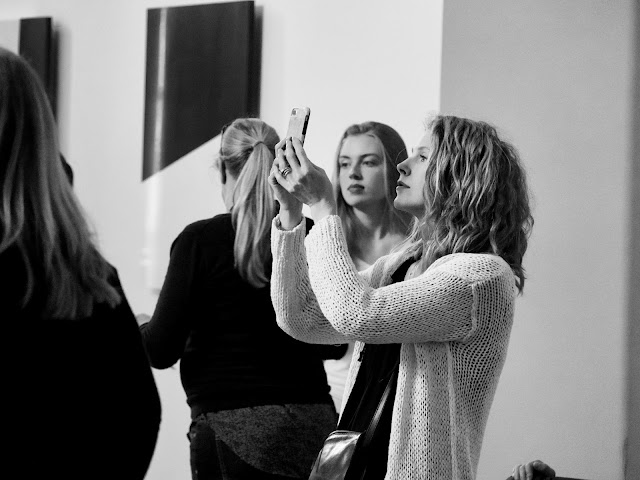 Mixing old and new. The combination of the Lumix S1R and the old, Contax Y/C Zeiss 50mm f1.7 lens. 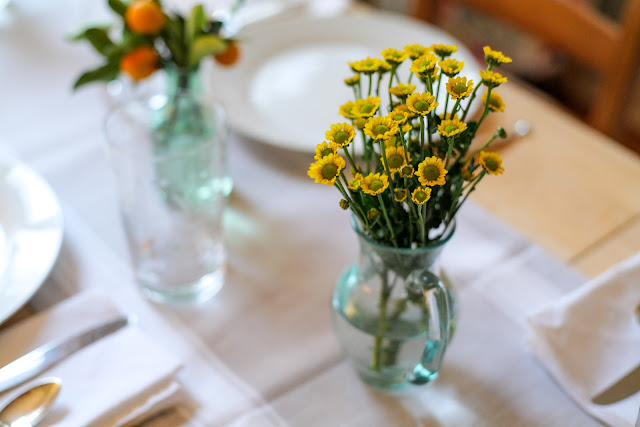 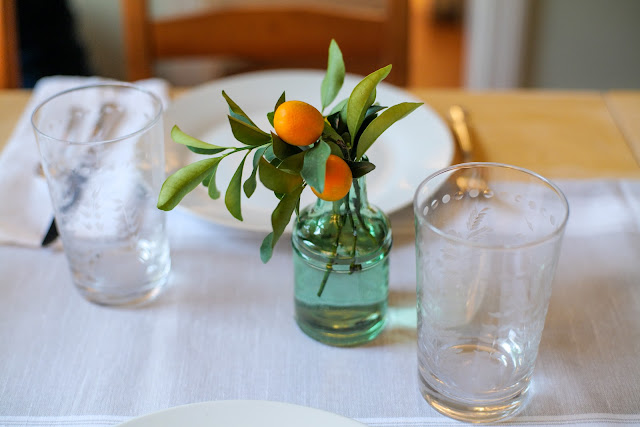 The holidays are upon us! We were at our friends' house for dinner recently and I walked into the dining room to look at the table before we all got seated. There were simple flower arrangements on the table and I found both the simplicity of presentation and the diffuse window light provided by a cloudy late afternoon very beautiful.

I walked back into the foyer and retrieved my camera from the coat rack so I could make a number of photographs. The camera I chose to travel with was an odd choice for a casual evening with old friends; I brought along a Lumix S1R (the 47.5 megapixel model) and had paired it with one of the lenses I have owned the longest, the Zeiss 50mm f1.7 (manual focus) that was originally made for Y/C's Contax line.

I've kept the lens around because it's adaptable to all the mirrorless cameras I've ever owned and it is small, light and well mannered. While many recent AF lenses ("nifty fifties") in the wide end of the aperture range are not as sharp as many of us would like when used wide open, or near wide open, the old, manual focus Zeiss model sharpens up beautifully by f2.0 which makes the effect of the foreground and background going out of focus more apparent and interesting. The plane that is actually fully sharp stands out more convincingly.

The old Contax lens is a nice companion for the hyper-resolution Lumix S1R because its lightweight and smaller profile provide a more harmonious balance to the overall package than any of the current Panasonic S1 lenses. Often, when I'm heading out for something social I'll choose between this lens  and the Sigma 45mm f2.8. Both are elegantly simple and yet feel solid and competent.

One of the promises of mirrorless cameras, with their shorter lens mount to sensor dimensions, which we tend to overlook is the ability to use carefully selected lenses from yesteryear. I have a set I've curated in my head which includes the Contax 50mm and also the Contax 85mm f1.4 as well as the Leica 80mm f1.4 Summilux (R) and the Zeiss 21mm that was on the market recently in the Nikon or Canon mount. There are several Olympus OM lenses that would fit the bill as well. While there are, or will be, modern take no prisoners version of these lenses there are times when different rendering or different characteristics can be interesting and more in line with one's visual intentions.

And if "ultimate imaging" isn't the goal of a social evening with friends then an older, calmer, smaller, lighter lens is probably a better choice than something like the Panasonic 50mm f1.4 S Pro (which feels like the size and weight of a 70-200mm zoom lens). Just trying to interject some rational common sense into my choices....

Curious which camera and lens you bring to dinner....

Posted by Kirk, Photographer/Writer at 17:13 6 comments: