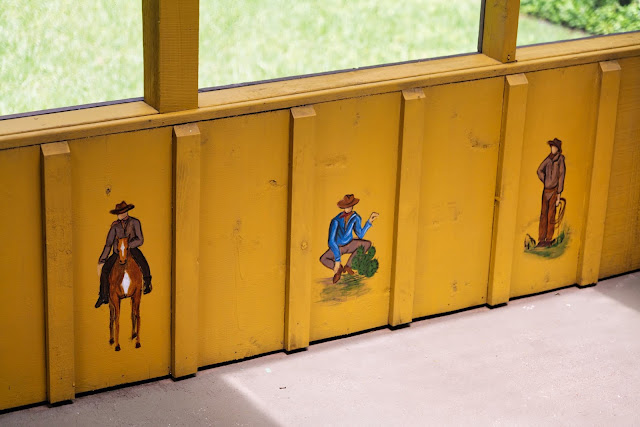 We loved the Cowboy Paintings when we moved in.
They seemed just right for a young Texan like two year old Ben.

Today's big assignment was to make an archival documentation of the "primitive" paintings that have graced our back porch for over 23 years. It was long past time to re-paint all the wood and, as we no longer have any children in the house, Belinda decided that now was the time. But before we started the painting process the big, sentimental, nostalgic softie who lives in the house insisted on creating a record of the artworks. (That would be me...). Scrapbook material. Memories. 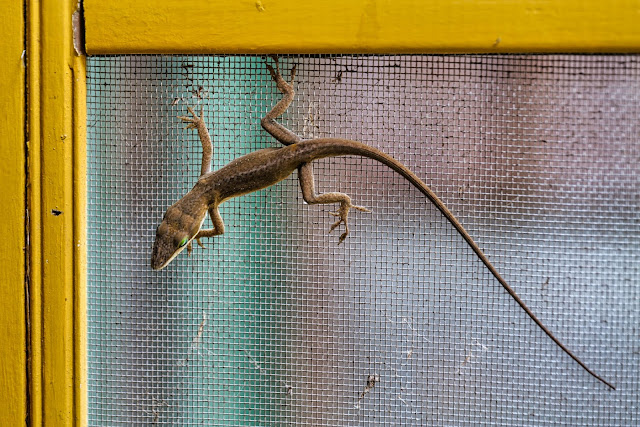 I found myself well supervised by a lizard who seems to be one of many that has a key to the house. I find them more often that one would imagine, and in all the weirdest places. I check my hiking boots regularly before putting them on...

I used two cameras to document the painted panels you'll see in this post, along with natural light coming through two semi-diffuse, four foot by four foot skylights that help keep the porch lit up all day long. The primary camera was the little Sigma fp with the highly competent 45mm f2.8 lens (used mostly at f8 and occasionally at f16). This combo was used on a Gitzo G 2220 tripod to keep everything nice and sharp.

The other camera was a Lumix S1R which I used to make a few wider photographs to show more of the wall and also the set up with the Sigma fp. The S1R was paired with the 24-105mm lens and was used for the photo I like most from today, which is the lizard just above... 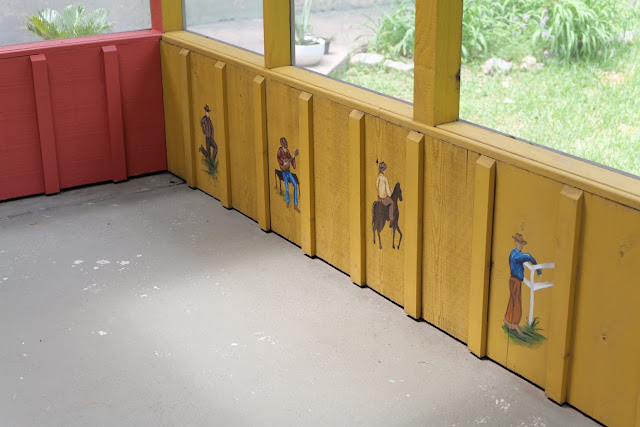 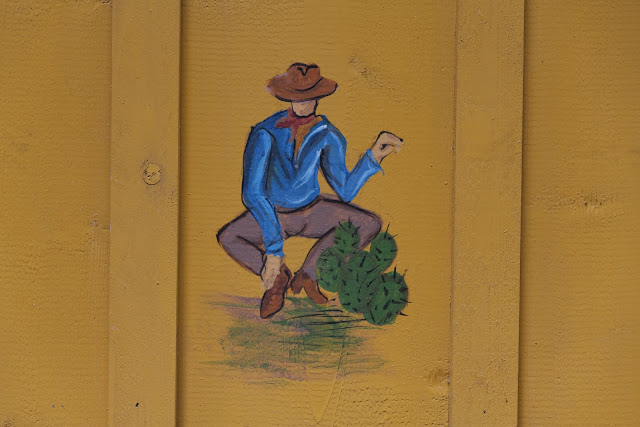 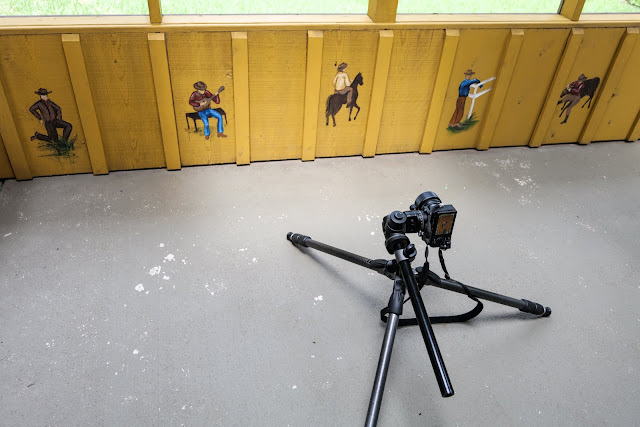 The Gitzo G 2220 tripod has a built in "side arm" that allows for two things:
You can shoot from straight over the top of things or you can orient
the side arm so that the tripod can be used super close to the ground.
It's absolutely as solid as a block of lead. But what did you expect from
an "old school" metal Gitzo? 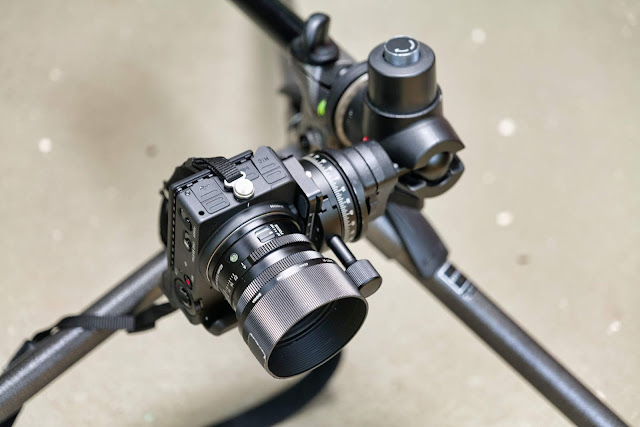 A stout Manfrotto bullhead held an Arca Swiss plate adapter
and the whole assemblage offered an infinite range of placements for the
camera. The fp is just the right size and weight for this kind of work.
No matter how many tripods you own you should always also have a Gitzo. 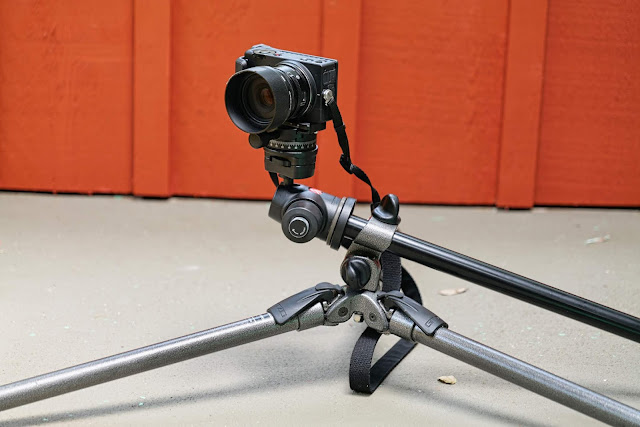 The new color for the porch will be "Baked Clay" which is being sampled in the background.
It's too light in this shot because I increased the exposure in post to get more
detail in the black camera body. 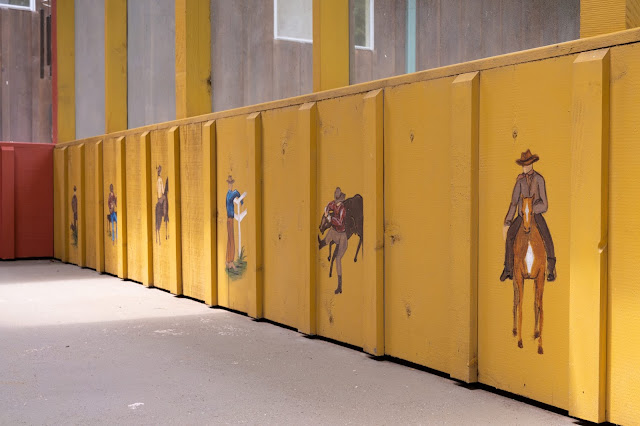 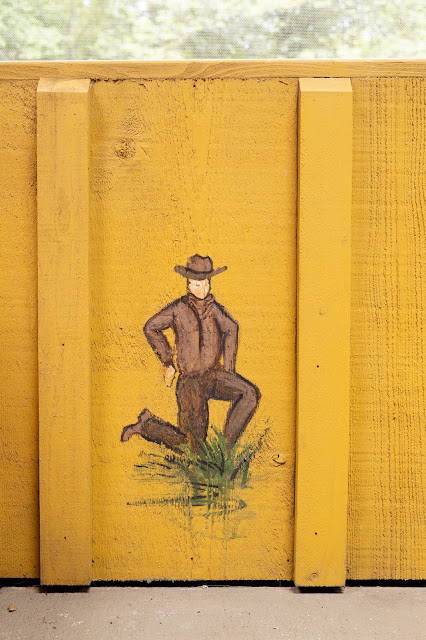 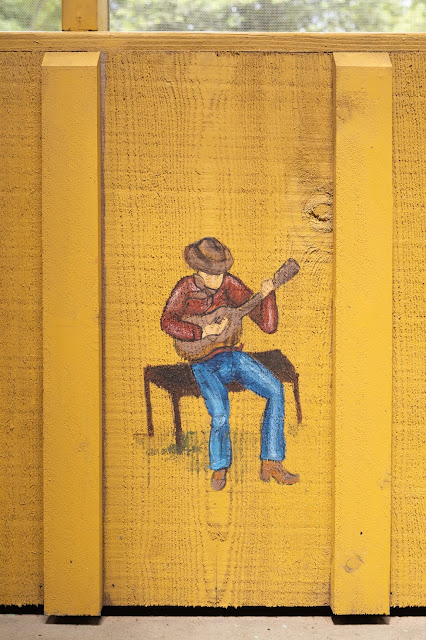 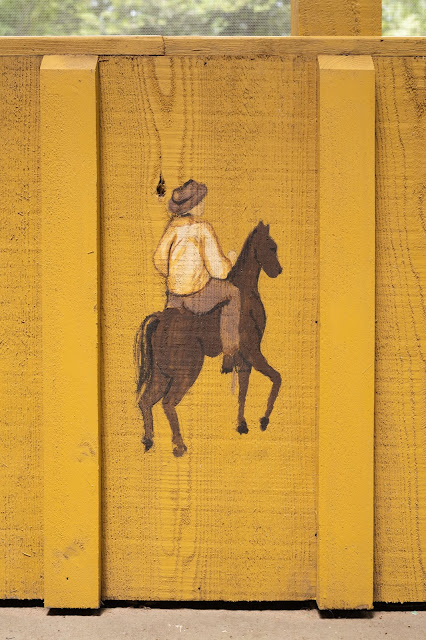 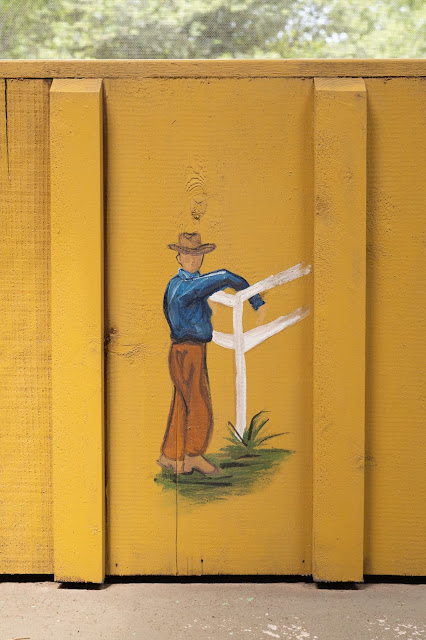 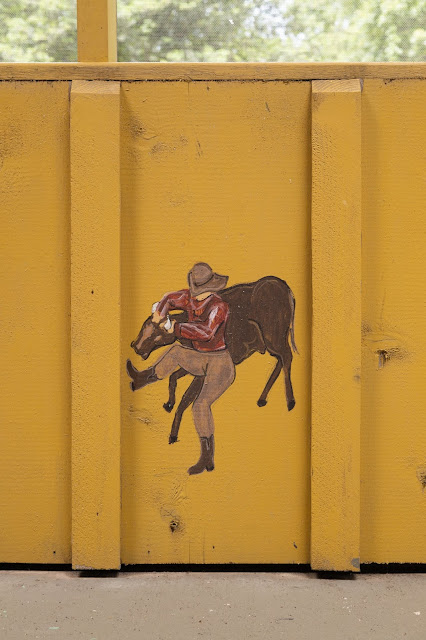 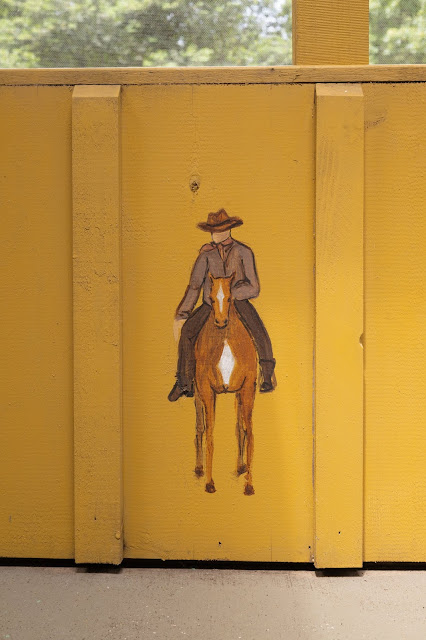 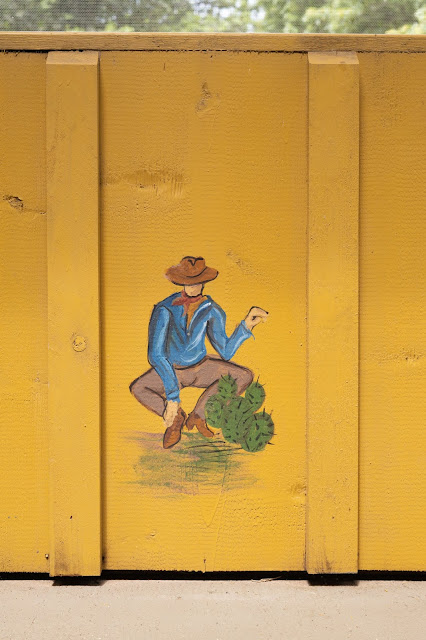 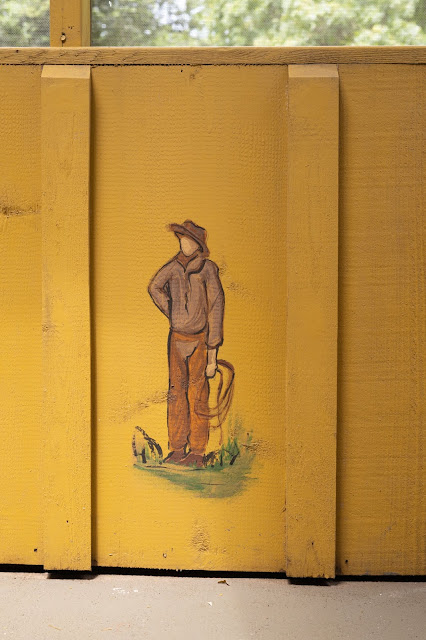 Belinda tired of the cowboy paintings quickly (years and years ago) but it's credit to her patience and forbearance that she allowed me to keep them around so long. Like many things in life, I will miss them. She, on the other hand, is always delighted by a fresh coat of paint.

At least I found a good use for the cameras today.

Posted by Kirk Tuck, Photographer/Writer at 18:23

I love your cowboy paintings. I think instead of painting over them, you should donate them to a local art museum and just put up a new wall. If you took them to the Antiques Road Show, they might even tell you that their value would pay for a new wall. Alternatively, they might make a nice addition to your studio!

Once in 23 years seems like about the right time to schedule repainting of interior walls. We’ve lived in our current home in Georgia for 15 years and are desperate to move to Oregon before it’s time to paint again. On hold, like most everything else.

Don't paint over the cowboys. Anyone can have solid colored walls, but how many can sit and admire the paintings that once delighted your young son? Very few would be my guess.

Boy I bet Ben will be rather displeased! He probably had visions of letting his children play in that area just like he did. But then again I'm a sentimental type.

Knowing Ben and Belinda as well as I do I'm certain they had a conversation about the re-paint long before I got looped into the discussion. Ben and Belinda are far more pragmatic than I. Given the real estate market in our neighborhood I'm equally certain that Ben would be thrilled just to get the house; cowboys or not.

Why not replace that entire panel of wood and preserve the paintings. The images could be cut out to fit a frame. You could sell them, preferably as a set.

Too late now. But at least they have been documented and archived. They were fun while they were there.

Dang, just when we put the last brush of paint on them we heard that the artist's work is now being collected by the Guggenheim, the Tate Gallery and the Met. (some sort of bidding war). Curators are anxiously looking for her early, primitive work to mount an international, traveling show. Talk is that the early work is going for millions.....or even tens of millions. Now trying to scrape the paint back off but it's not working well.

(The above was a dream I had while taking a nap... the cowboys were nice. Served their purpose. We'll remember them fondly).

The painting are delightful. But I absolutely love the lizard. Just sayin ...