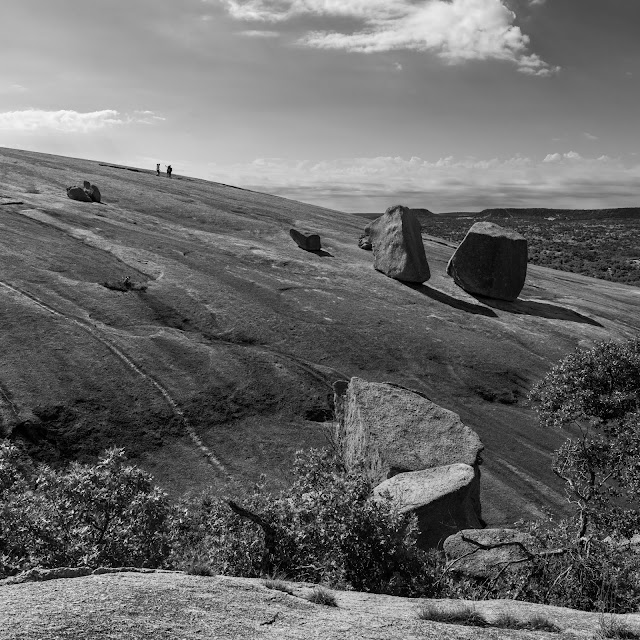 So, we're all just a bit bored right now but I sparked up when I saw one of my favorite camera makers was doing a live video presentation about black and white with a 'famous' photojournalist. Biographical fallacy is a vicious thing. When I heard the "experienced pro" speak it was all the hoary stuff you hear from every know it all duffer who shot in the film days and is now fascinated with how easily they can now produce work with a digital camera. Dismissive of anyone who has never touched film...

"He just sets his camera to black and white and shoots. He loves Seattle because the light is always so flat.... People get too wrapped up in technical stuff (generally translated into: I haven't kept up with lighting or post production = I love shooting Jpegs!)  Look at how easily I can silhouette two people sitting next to a window!!!"

I watched and listened until I just couldn't bear it anymore. Do any photojournalists from the film days ever learn to light? Do they ever make interesting images in these modern times or are they just enamored of the fact that they don't have to go into the darkroom anymore to produce a flat and lifeless monotone print? I guess I learned my lesson = any light is good light, as long as there is enough of it.

Frame after frame was flat, boring, lifeless, hackneyed. And so was the brittle and smug attitude of the interviewee. I give the interviewer a pass; he was trying his best to squeeze something; anything! interesting out of the interview. He just needed some programming with.......real content.

Now I see why so few people are willing to pay for "professional" photography. The pros keep doing stuff the way they did it with Tri-X and number two contrast paper in 1986. They conflate "no color" with "virtuous art." The rest of photography has moved on. Someone forgot to invite them to 2020.

A bit mean-spirited on my part? You didn't just lose ten minutes of your day to ..... snore....zzzzz..... oh, sorry. I thought I was still learning how to take flat, B&W snapshots with my digital camera. I must have nodded off...

Somehow I thought the program could have been more enlightening than, "I just turn the dial to monochrome, ignore the prevailing light and aim it at boring shit."

Youtube can suck. People need speaker training. Companies need to better vet interviewees and do a better job matching programming to their brand, and to the sophistication of their markets.

Writing in overdue praise of the conventional 24-70mm f2.8 lens. Revised thinking now posits that it's a glorified normal lens. Takes me a while... 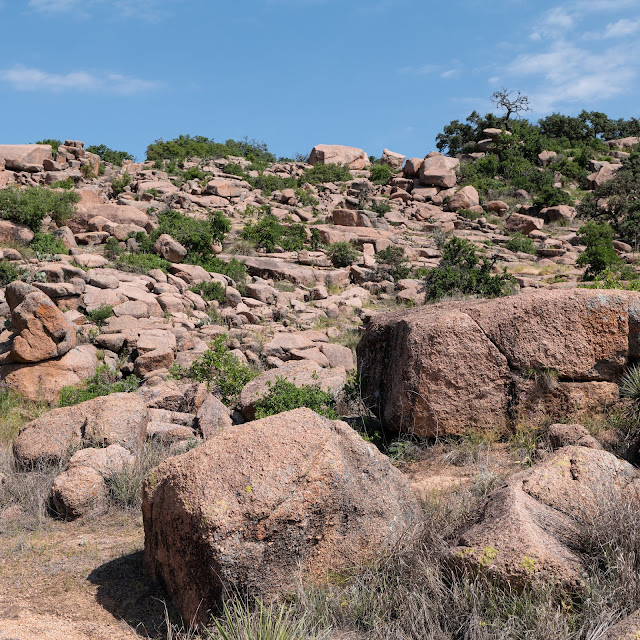 this was the frame I had the camera set to shoot. And Lightroom honored that choice
automatically. It's a shot of one of the many boulder fields at Enchanted Rock.

I can't help it. I started taking photographs in the 1970's and my Leica toting mentors at the time assured me over and over again that..."All zoom lenses are crap." Even though I know that's not the case and hasn't been since the 1990's all those subconscious prejudices die hard. Oh sure, I've bought more than my share of professional caliber zoom lenses over the years but I always compartmentalized and rationalized those purchases as necessary tools for commerce. If I was shooting for The Kirk Tuck Museum of Incredible Contemporary Photo Art and Philosophy it was pretty much a forgone conclusion that I'd be doing so with a "real" lens. A prime lens. And in all probability it would probably be some focal length between 49 and 51 millimeters.

I always saw 28-70 and 24-70mm zoom lenses as compromises; I thought people just "settled" for lesser performance because they were too lazy to carry a bevy of primes and too eager to follow the "herd."

I should have changed my beliefs after using the original Nikon 28-70mm f2.8. It was superbly sharp and, truth be told, blew the doors off the Nikon 50mm f1.1:2 ais lens when one compared both at f4.0 and f5.6. But dogma won't always heel when you want it to.

So while I dutifully carried the holy trinity of zooms around during working hours (20-35mm, 24-70mm and 70-200mm) as soon as I exchanged the Cole Hahn oxfords for flip-flops and the Burberry shirt for a T-shirt with a beer logo on the front I'd pick up my "real" camera with my 50mm OMG-o-flex Prime on the front and do the art strut. I'd poo-poo zooming and announce to anyone who would listen that serious photographers knew how to zoom with their feet...

About two and a half months ago I broke down and bought the Lumix 24-70mm f2.8 Pro lens. (It was all Eric's fault. He used mind control on me when we were at Precision Camera....).  At the time I justified it to myself based on the video friendly features like the fully manual focusing ring (hard stops at both ends) and the quiet focusing motors. And let's be frank; I loved the little line of type on the bottom side of the lens: "Leica certified."

While the theater was still open I used the 24/70, in conjunction with the 70/200, to make all kinds of show production photographs and videos and was generally very happy with the lens. The constant f2.8 works well for video and the ability to do accurate focus pulls was great too. But it seemed too large, heavy and cumbersome to be an all day, street shooting lens. I left it home when I went out to shoot my artsy stuff and relied on groovy primes instead.

Well, I was grappling with what single lens to bring along on yesterday's adventure at Enchanted Rock and I knew two things: One was that I really wanted to use an S1R camera body so I could get as much fine detail as possible. And, two, that a single, normal lens would be too limiting, given the ever changing subject matter. In my masochistic prime only! days I would have packed a 24mm, a 50mm and an 85mm and spent the whole dusty day trying to change lenses over and over again without getting those lovely diffuse spots on my finished images. It was finally time to join the "lazy herd" and submit to the zoom tyranny.

While in the VSL clean room I carefully inspected the camera sensor and the back of the lens before mating the 24-70mm to the S1R (yes, the same one that came back from repair a few months ago...).  I placed them into a Think Tank Airport Essentials backpack and headed out.

Cutting to the end of story: I was very happy with the performance of the lens at both extremes and in the middle. I knew from my experiences at the theater that the lens performed better than most of my previous primes even at f2.8 but now I was seeing the lens at its optimum apertures of f5.6 and f8.0. It's still big and heavy and brutally expensive but it certainly does deliver high optical performance over all of the camera's full frame. For paid, commercial work, or those times when I can use those focal lengths to get exactly what I want, it's really a fabulous lens.

Were I to get an equipment re-do for yesterday I have to confess that I'd probably choose the 24-105mm f4.0 instead. I didn't really need a fast lens in the bright sun and the 24/105 would have given me a bit more range... and weighed half as much. Still, I'm not sure I would have gotten quite as much clean detail with the slower zoom lens. There's something about the 24-70mm that just screams  = optical performance. At least in its limited focal range envelope. Okay. I'll admit it. I now really like my 24-70mm. I'll keep it around. 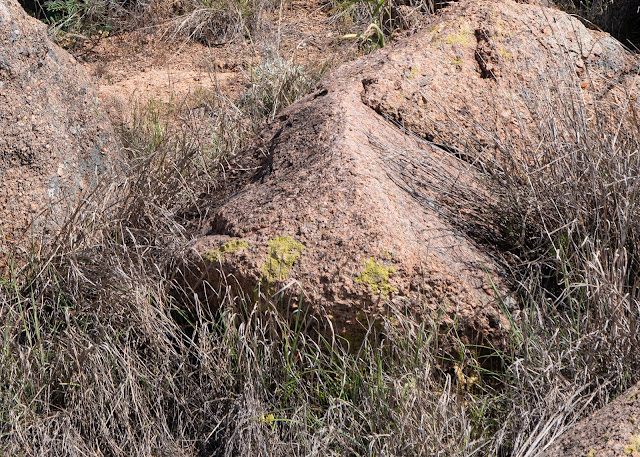 this is an enlarged crop from the bottom right corner of the square frame. 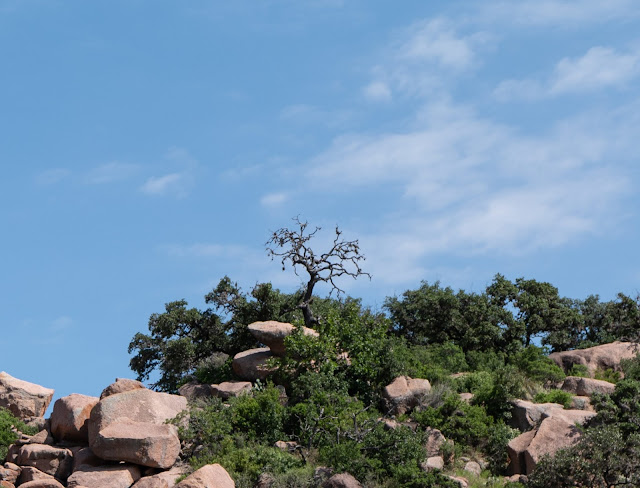 this is an enlarged crop from the top right corner of the square frame. 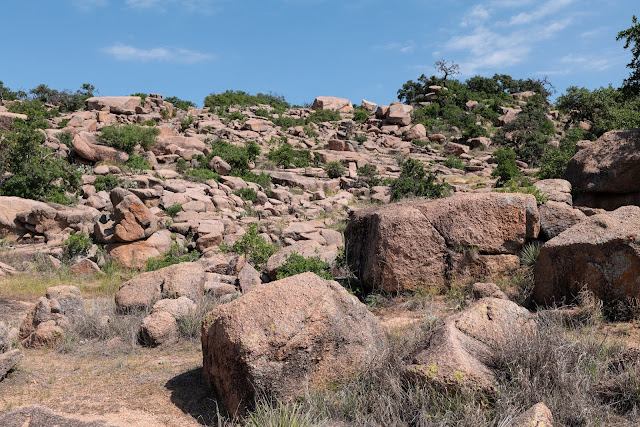 this is the full frame from the camera with no crop. 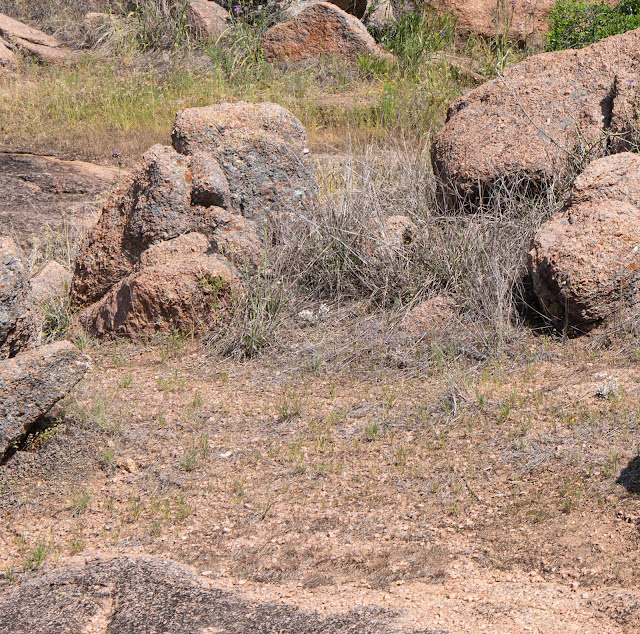 this is a the lower left corner of the full frame shot, just above.

Posted by Kirk, Photographer/Writer at 12:07 8 comments: