Backstage at the shows. 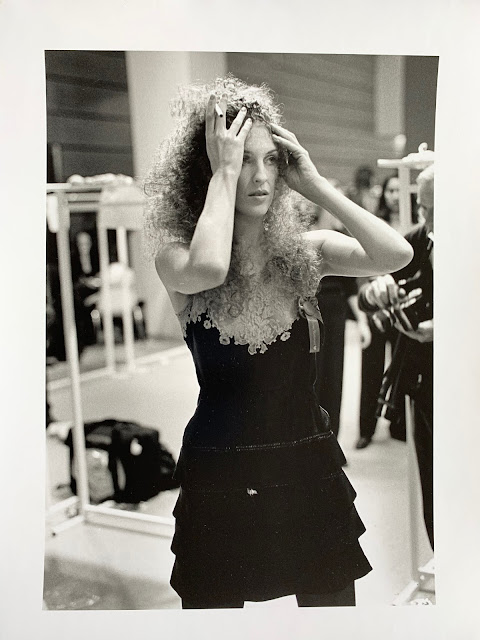 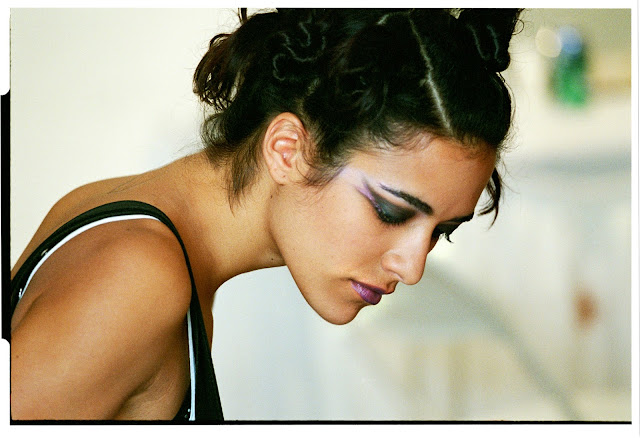 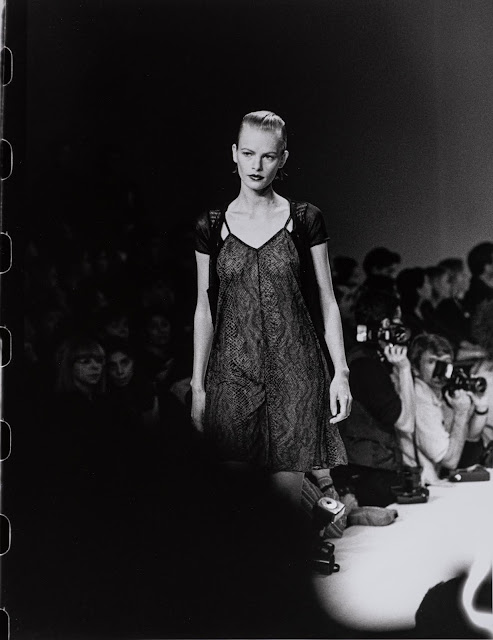 From the Atsuro Tayama Show in Paris. 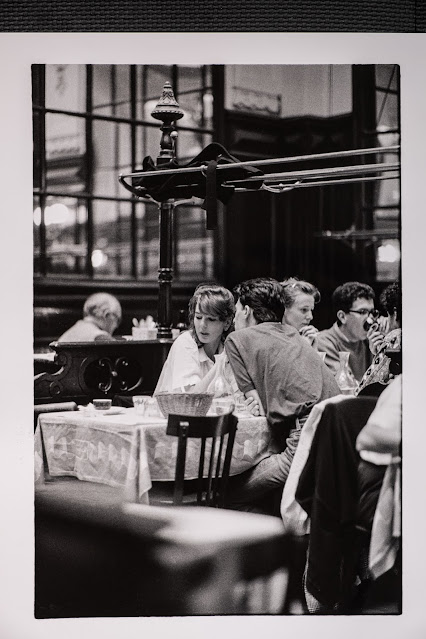 Lunch after the shows. At Chartiere.
Posted by Kirk, Photographer/Writer at 21:13 1 comment:

Have you been to there Paris fashion shows? I was there in 1994 for the Atusuro Tayama show and the Lagerfeld show. It was fun. Robert Altman was there doing research as well. 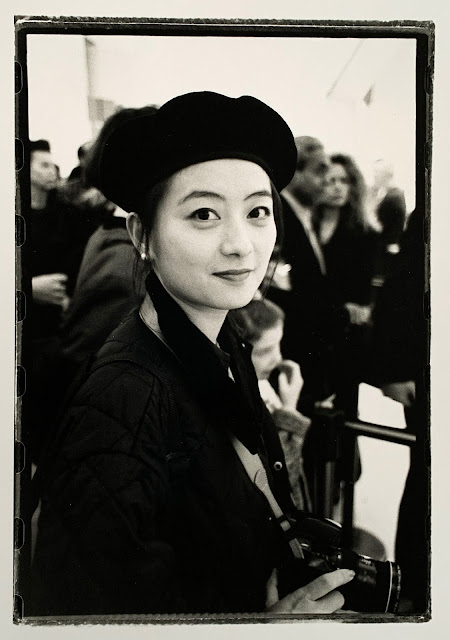 One of my favorite Robert Altman movies is "Prét a Porter" which was released in the USA as "Ready to Wear." It's Altman's take on the fashion industry and it stars an amazing number of "A" list Hollywood movie giants like Kim Bassinger, Julia Roberts, Tim Robbins, Terri Garr and Linda Hunt. It also starred a number of internationally renowned stars such as, Marcello Mastriani, Sophia Loren, and Stephen Rea (The Crying Game). They even had an appearance in the movie of a notable Texan; Lyle Lovett. It's a scattered film but very, very entertaining. It was filmed mostly in Paris, and mostly in the Fall of 1994.  Prét a Porter shows played a large part in the movie. I remember. I was there. The shows were everywhere. So were the movie cameras.

In the Fall of 1994 my wife and I decided to treat my parents, who were then in their late 70s, to a trip to Paris. October always seemed like the best time to go. We had a couple of hotel suites near Les Halles and we stayed for ten days. We'd take my folks around to see things like the Louvre museum or the Eiffel Tower and when they got tired we'd leave them napping back at the hotel and explore the parts of Paris that we loved best. Then we'd all meet back up for dinner.

The big fashions shows were happening while we were there. Hotels were full. The Magician, David Copperfield, was staying in a room just down the hall from us. I know this because the management left a note on his door imploring him to pay his long overdue phone bill. And the note was none too private.

One day I put my parents on an American Express tour to go and see Monet's garden and house. Belinda went off to her favorite obscure art museum. I headed to the Louvre Carrousel to see what all the fashion fuss was about. I had a small camera bag with a Contax Aria camera, and 50mm and 135mm Zeiss Contax lenses in it, along with ten rolls of Agfapan APX 400 film.

When I got to the lobby for the exhibition area, outside the fashion shows, security was tight and there were many, many people with cameras milling about trying to figure out how to get into the shows without press credentials. I was one of those people. The young lady pictured above was covering the shows from a Japanese fashion trade magazine and we chatted while she waited to get in. I was about to leave, having given up the idea that I could somehow talk my way into the shows, when a nice young lady walked up to me and introduced herself. She was an editor for a huge fashion magazine (Elle), headquartered in NYC. My assistant, Renee, and I had done the photographs for the editor's story on Richard Linklater, the film director who lives here in Austin. Just down the road.

She asked me which show I was shooting and I came clean and told her I was in Paris with my parents, not working. She asked me if I needed a pass to get in and "look around" and handed me an all stages show pass. I could walk through the security portal with impunity.

I started with the Atsuro Tayama show and stayed around for the Karl Lagerfeld show. One of the UK photographers I was bunched in with in the press scrum looked at my pass and said, "Mate. You know that kind of pass will get you backstage!!!" He was both impressed with my pass and at the same time amazed at my lack of savoir faire. I headed backstage after the Lagerfeld show where a heady party with free flowing Champagne and chain smoking super models awaited. I stayed for a while and snapped some pix but I had promised to be back at 6 pm to take my parents to the Jules Verne Restaurant in the Eiffel Tower for dinner. It was my first experience with a Michelin starred restaurant and it was, actually, amazing.

We would never have been able to secure reservations if it hadn't been for the machinations of a French friend who I met when I was in school at UT. Turns out his father had been the CEO at one time for Peugeot and it was his father's ongoing and regular patronage at the Jules Verne that secured us last minute reservations at a window table for four. His father made a call...  Good to have friends with connections. A nice way to spend my mother's birthday.

The fashion shows were a blur. I'd never thought to shoot one before and I was working with a basic film camera. I still have the press credentials in a box in the studio.

Of all the images I took I think my favorite that day was of my fellow photographer. The one from Japan.

Later, when I finally saw Altman's film I noticed B-roll from bits and pieces of the shows. It was fun to see it in reverse.

By the way...my parent really enjoyed their trip and the extensive scrapbook I made for them is like a masterclass in intimate, black and white travel photography. I inherited it back when they passed on.

The memories are enchanting. Just sharing a few warm remembrances from a time before lockdowns, when we could all travel freely and with pleasure. Hope you don't mind.

Posted by Kirk, Photographer/Writer at 21:02 7 comments:

Portrait of a hat taken while thinking about the existence of pool tables. 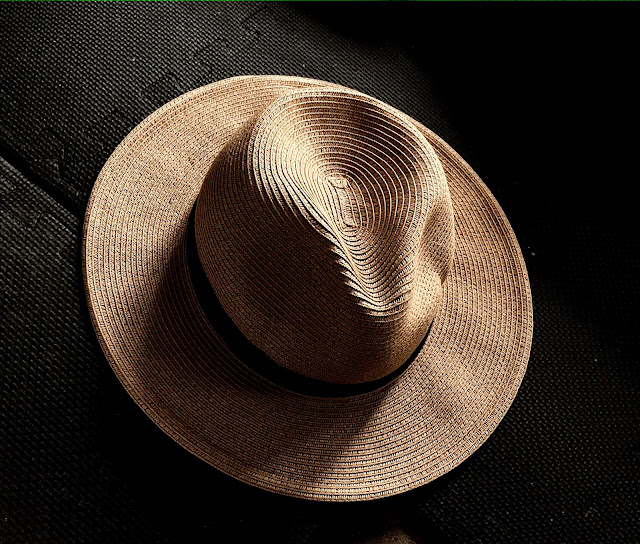 Value is in the eye of the user. I like this hat.
Posted by Kirk, Photographer/Writer at 20:20 1 comment:

Remembering the charm of portraits printed on Kodak's Ektalure paper. In G surface. A very popular paper for use with Marshall's Oil Paints. 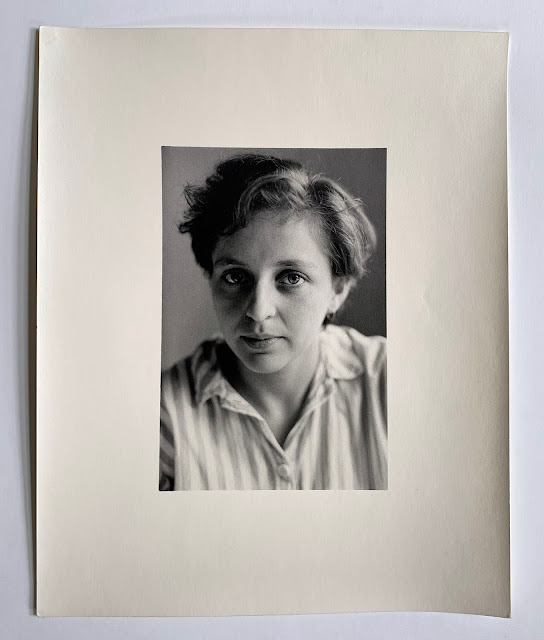 Portrait of an artist in a striped shirt.
Posted by Kirk, Photographer/Writer at 20:18 3 comments:

Portrait of a young artist. Copied from a print. 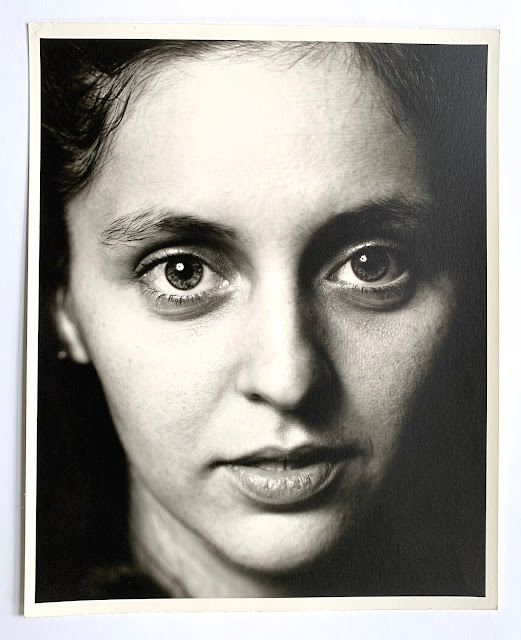 Yeah. It's all about the eyes.
Posted by Kirk, Photographer/Writer at 20:16 3 comments: 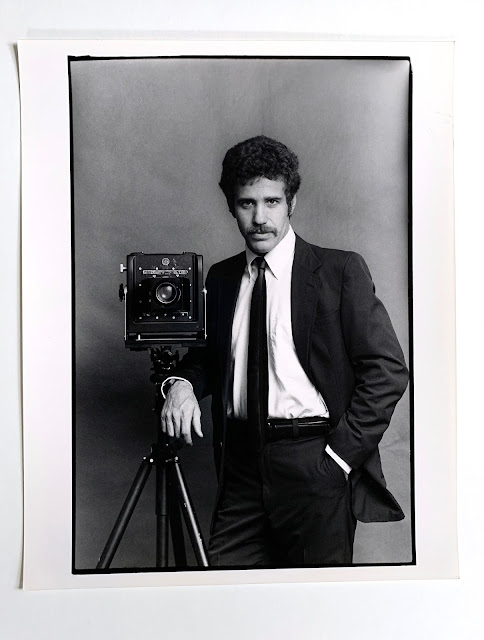 Posted by Kirk, Photographer/Writer at 10:54 13 comments: