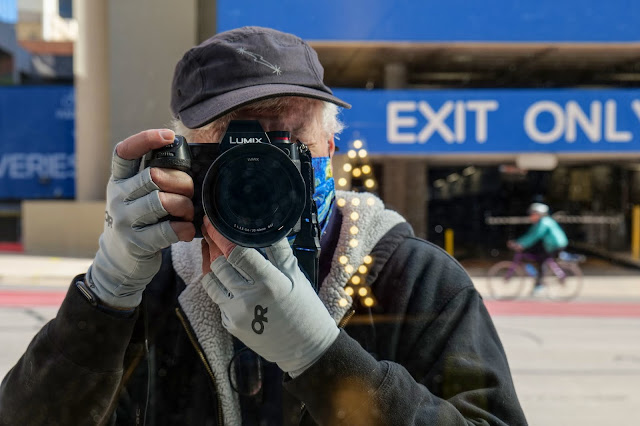 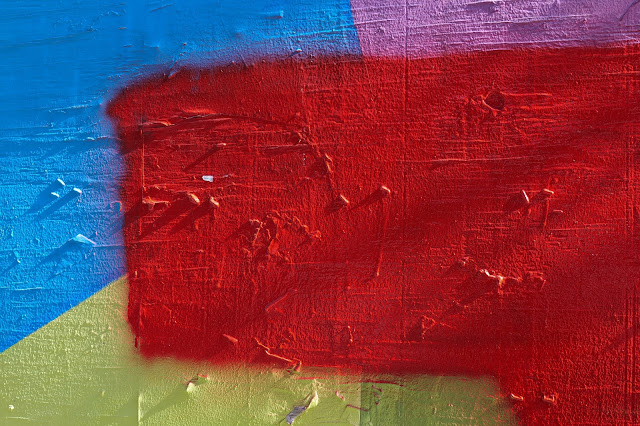 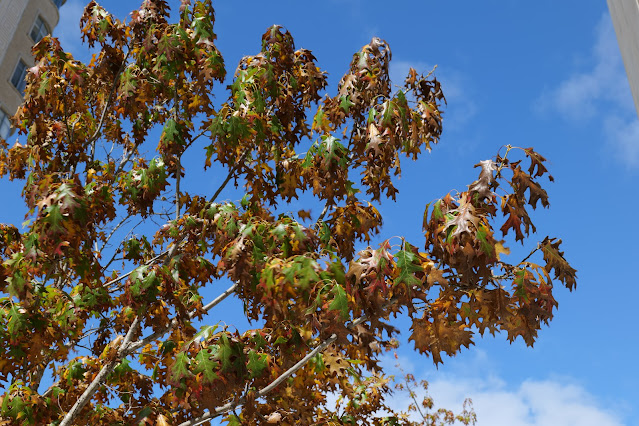 If you look carefully you'll see some leaves blurred and some sharp.
There were wind gusts and I shot to catch the branches when they hit their
slowest point. The shutter speed was 1/125th. Interesting effect to
see sharp and blurred leaves right next to each other and random through
the frame. 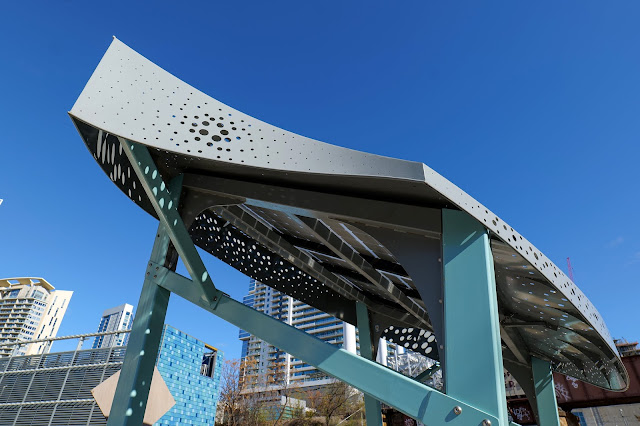 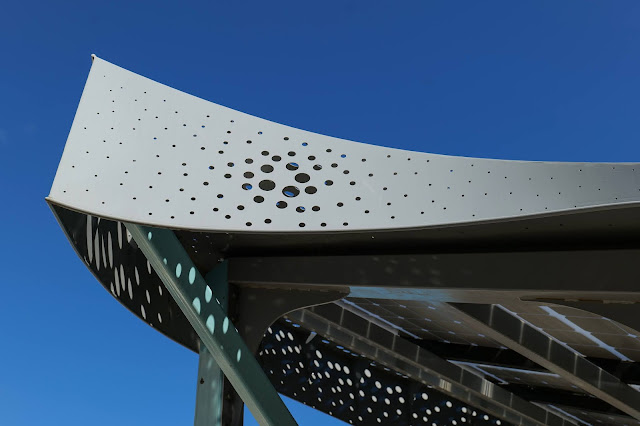 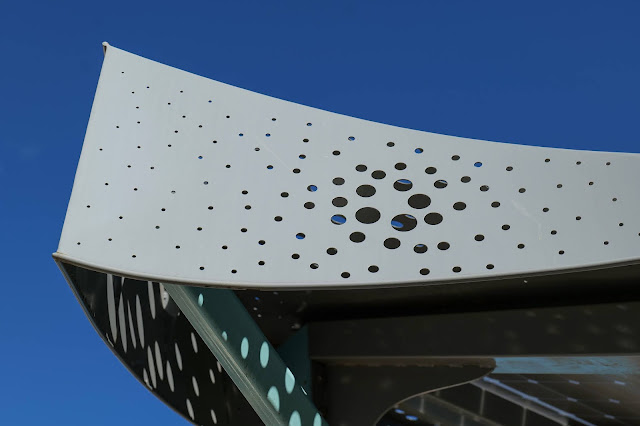 the three images just above are shot at about the same time but
at 20, 40 and 60 mm. I should also mention that the lens appears to have
been designed to be nearly par focal. If you are shooting at f8 you won't
notice any focus shift as you zoom. In either zoom direction. 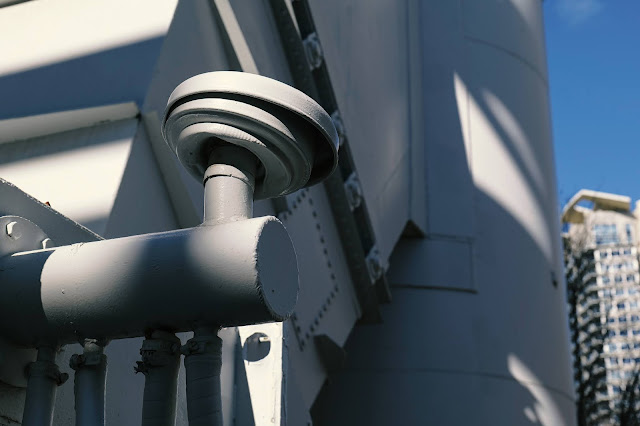 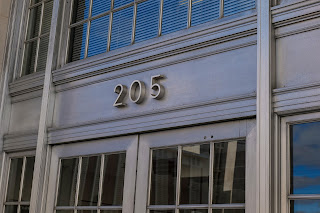 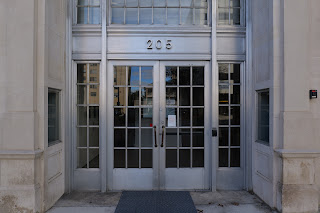 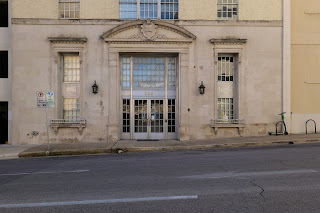 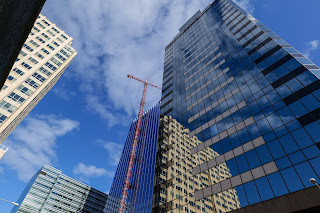 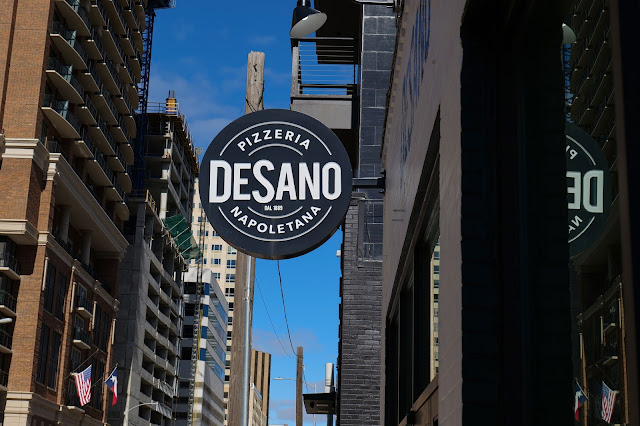 Dying to try this carry out only pizza place but it's in the middle of downtown and
by the time I get a pie all the way home to share with the family I'm worried it
will have settled and gotten too cold. But dang, the pizza ovens are imported from
Italy, as are most of the ingredients. The menu looks great. 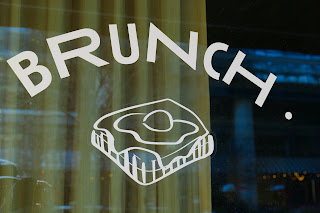 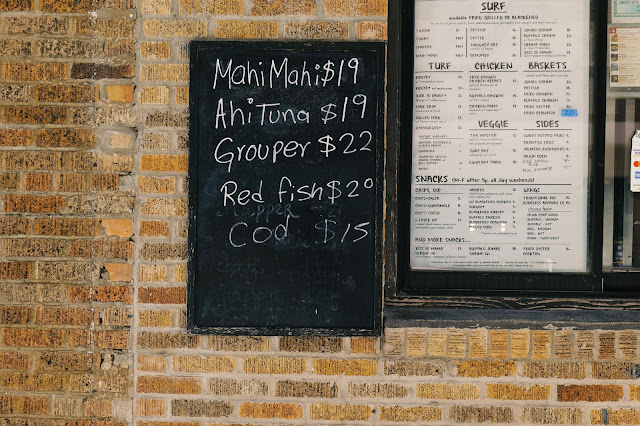 I tossed a PhotoShop LUT on this one but I can't remember off the top of my head which LUT it was... 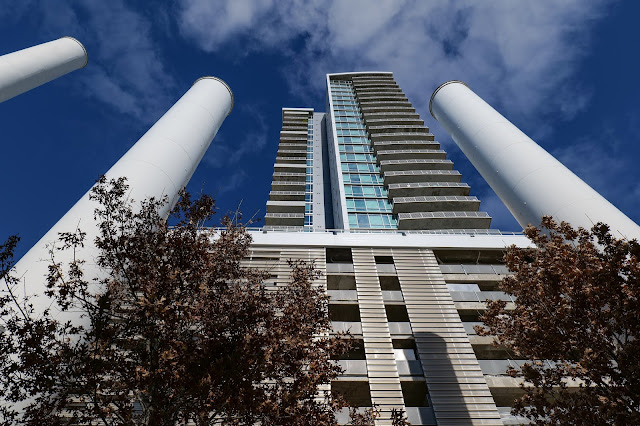 My opinion? 20mm is wide enough for anything.
Also, notice that the tree branches and leaves in the bottom corners
are nicely sharp. More than sharp enough for client work. 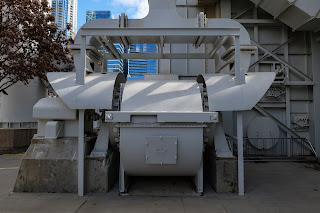 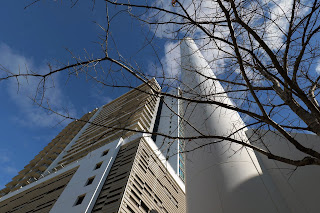 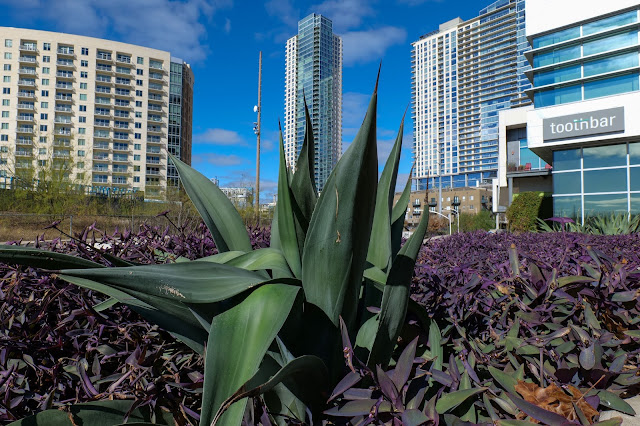 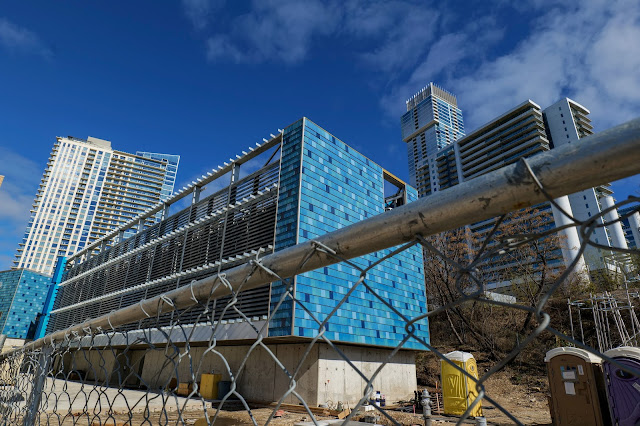 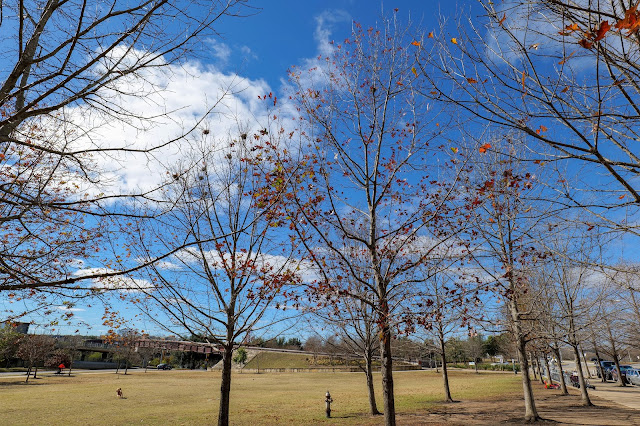 Again. Look at the branches and leaves in the corners..... 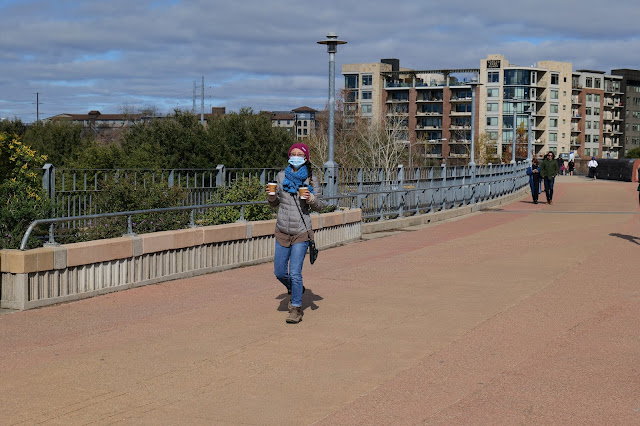 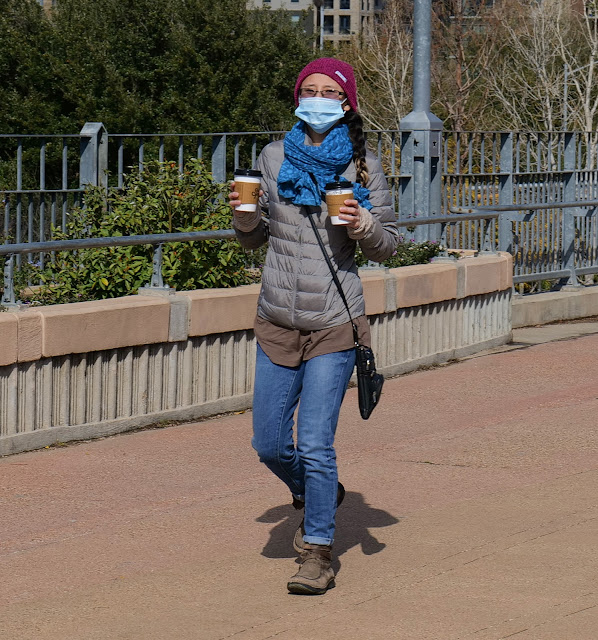 double fisted, masked coffee drinker. Love it.
Top one is full frame while the one just above is a crop of the upper image. 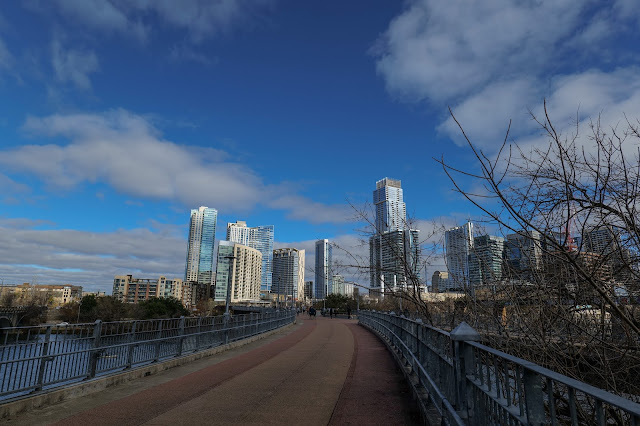 If you are going to buy an S5 go ahead and get the lens. It will cost you $300 more (USA) but you'll be able to re-sell it for between $400 and $450. It's a smart play. Just make sure you have a market for. But I'm going to suggest that if you test it first you probably won't want to sell it. It's a nice, workman-like tool.

I'm happy my impulsive nature won out on this one. Happy New Year.

Posted by Kirk, Photographer/Writer at 18:02 5 comments:

Starting the year by posting an antidote to Gear Acquisition Syndrome. A nice, five minute read with examples.

Happy New Year! I'm out taking photos but hope to have some sunny pix from the Panasonic 20-60mm to share a bit later. Nice day for a walk... 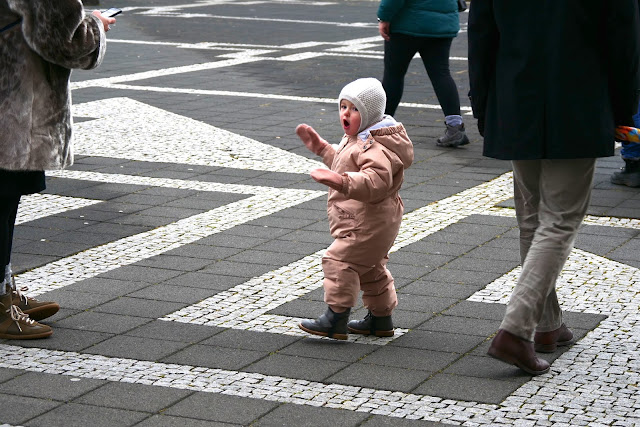 Posted by Kirk, Photographer/Writer at 10:34 9 comments: