I wanted to show you how ISO 50 looks on the Leica SL2 but Blogger tends to compress the goodness out of images. So I made you a gallery on Smugmug. Details in the blog. 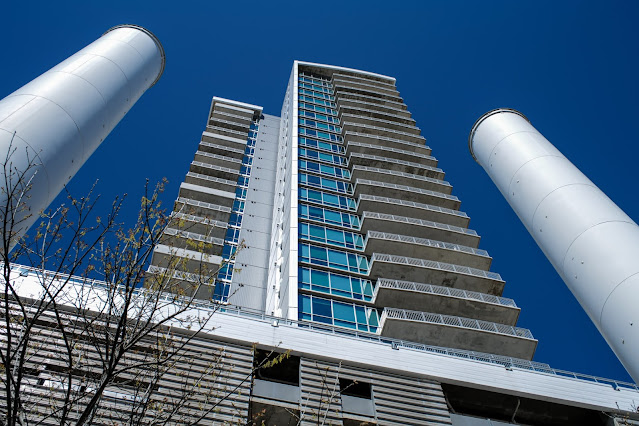 Whenever I write something about the color rendering of a lens or a camera, or the sharpness of one of them, and then post images here on the blog I'm inevitably a bit disappointed by how the images look within Blogger.

Today I was using the recently acquired Leica SL2 and the ancient and battered Leica 28-70mm (which vignettes like crazy on the L-mount adapter at the wider focal lengths...and close up) and I was experimenting with ISO 50. I wanted to see what the low ISO (which is native) 50 would look like. How would the colors look? What does the ISO 50 setting do to the dynamic range? Is it better? Is it worse? I tried it and liked it a lot and wanted to write about it here but why write if you can show pictures, right?

But the conundrum is that whatever I show here is size limited by the program and the format. Not so on Smugmug.com which is where most of my client galleries happily reside. Then it dawned on me that I could just create a gallery and share the images with you that way.

If you follow the link you'll see that I've required no password and the images can be downloaded at the full resolution at which I shot them. You can look on your own machine to your heart's content.

The files started life as middle resolution Jpegs which is about 22 megapixels. The downrezzing in camera makes them appear a bit sharper. I set the WB manually to the cute little sun icon. I was able to set a lens profile in the camera menu for the exact Leica lens.

If you click on the image you'll go larger but there are tools on the left hand side that allow you to go all the way to the full res. Also, if you choose to download an image it will download at the full resolution.

These are for personal use. Please don't repost them. Thanks!

It's taking me a while to get used to the SL2 since the interface is so wildly foreign compared to just about everything else. But now it's starting to build up some happy momentum. See if you agree....

Posted by Kirk, Photographer/Writer at 18:47 14 comments:

One of the best parts of using mirror-free cameras is the vast choice of lenses one has. Here's some images from one of my perennial favorites. 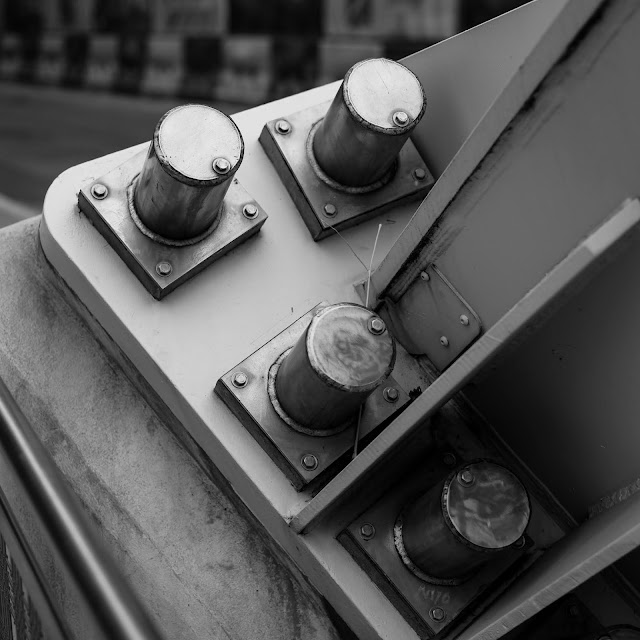 I've owned a lot of 50mm lenses. I still own a lot of 50mm lenses, but when it's time to put one on a camera just for a comfortable walk I eschew the big, brutal, take no prisoners lenses, with their extensive collections of complex and specialized glass elements, and reach for a lens that's more than adequately sharp but has a low profile and, even with an adapter, an equally low weight. My choice, across mirrorless systems for the last five years (at least) has been the "pedestrian" 50mm f1.7 Contax/Zeiss lens made for the Y/C system.
It's easy to handle and is an appreciated weight-saver in combination with heavier cameras like the Panasonic S1R or the Leica SL2. I like that the external aperture ring is instantly accessible and that the lens is manual focus and comes complete with a nicely done focusing scale which allows me to go back to the time-tested approach of setting approximate distances on the focusing ring and figuring out the best aperture to cover the subject area I'm interested in. With a lens set in that manner one can walk around and shoot as fast as the shutter can react and not worry about AF hunting or pesky sensors locking onto the "wrong" target. It's the quickest way possible to shoot.
While the sharpness isn't as astringent and over the top in the way you'll see with many current, high dollar 50mm lenses (looking at you Panasonic!) it's very, very good for its age, provides a nice, but rounded softness wide open and then becomes fully competitive by f4.0. While only a few years ago, in that era where the block-headed Luddites were still rampaging about the sins of electronic viewfinders and making promises that we'd only be able separate them from their flapping mirrored DSLRs upon death, one could pick up a nice, mint copy of the Contax Zeiss 50mm f1.7 for somewhere between $125 and $150. Now, with the delayed realization of the potential of electronic viewfinders, people are flocking to mirrorless cameras and, upon learning that just about any older SLR lens can be used on their new, mirrorless camera with an inexpensive adapter, the supply of exceptional but inexpensive older lenses is not just getting more expensive it's drying up altogether.
Contax also made a 50mm f1.4 lens in the same mount and it's very nice too. But it's no better than the f1.7 version and having tested both I could find no real differences in their overall performance from f2.8 on to f11. I've never bothered to pick up the f1.4 version since it adds at least 50% more weight for no real world shooting advantage. Especially in current times when camera ISO engineering allows us the freedom to shoot in almost any kind of light.
The focusing ring on my lens is smooth as greased Teflon and the overall look of the files from that lens is beautiful. Different than the look of my hyper-real Lumix S-Pro 50mm, but beautiful nonetheless.
I took it out for a brief time on Wednesday just as excuse for another walk. We (the camera, lens and I) got stuck in some rain but I had an extra face mask in my pocket and it covered the lens and lens mount nicely. I didn't worry about the camera; the SL2 has an IP 54 weather resistance rating. I've no clue what that really means but their website ensures me that the camera sealing is prodigious. Doesn't matter. It wasn't raining hard.
It was the performance, proven over time, with the 50mm Contax that led me to also buy the Contax Y/C 28mm f2.8 and the 135mm f2.8 (a lovely lens!) lenses. With cheap adapters I use them all the time with the big Panasonic S1x cameras and the new Leica. They are so easy to use and manually focus with those EVFs that I sometimes ignore focus peaking and magnification altogether.
Seems a bit silly to put a cheap, used lens on a pricy camera but the whole point of a great camera body is how well it fits in one's hands and how much fun it is to use. The whole point of a great camera lens is that it gets out of the way and lets one shoot in the style desired without letting any egregious flaws diminish the quality of the final product. Iris slicing sharpness is not always my highest priority parameter in a lens.
I am always brought back to reality when it comes to lenses and our collective (and misguided) desire to always have the very best, by the thought of how excruciating it would be to take a casual walk with a camera bag filled with Zeiss Otus lenses. Or a bag full of Sigma Art Series high speed primes. The happy reality of working with the old, manual Contax lenses makes photography and walking about aimlessly as fun as it can be. 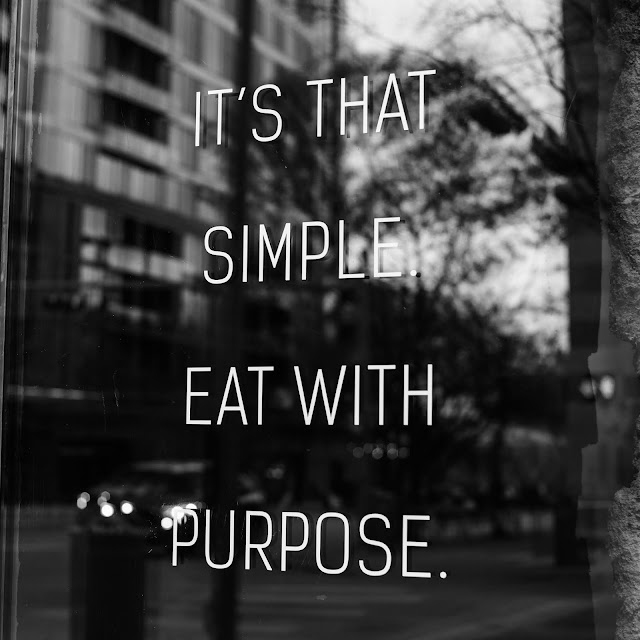 Sign in a soon to be opened, new restaurant on 2nd St.
I ate my multi-grain super toast with intense purpose today.
It was good. 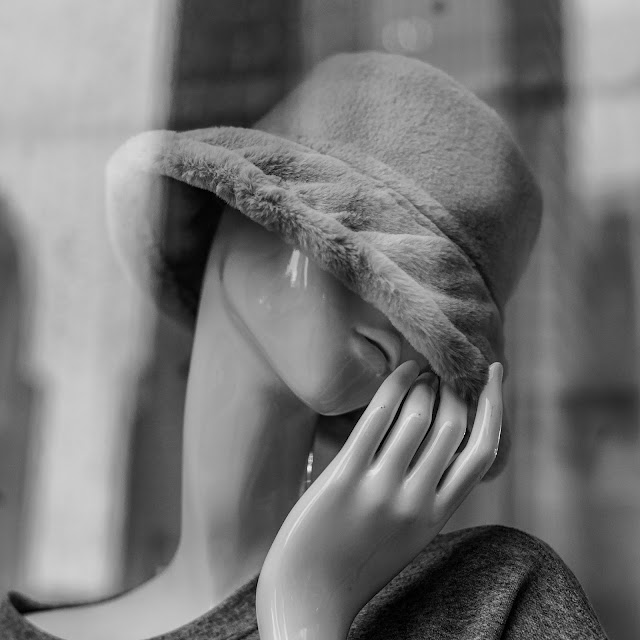 Checking in with my downtown mannequin friend. Late evening. 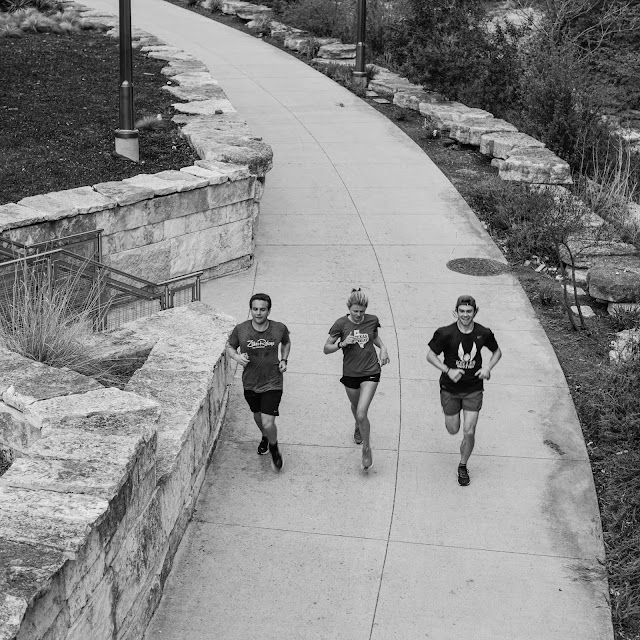 One of the many wonderful things I like about Austin
is the high proportion of truly fit people who live here.
Not just young people but also 75 and 80 year old marathoners
and pools full of former Olympians as well as people just out walking for fitness and pleasure.
While we have peripheral
suburbs filled with regular, chubby Americans it's so
refreshing to see fit people all over the place.
Maybe, subconsciously, that's why I'm putting my
camera bag on diet today...
Posted by Kirk, Photographer/Writer at 10:02 3 comments: