A small but growing collection of L mount lenses that work across all three brands of available cameras and are also affordable. 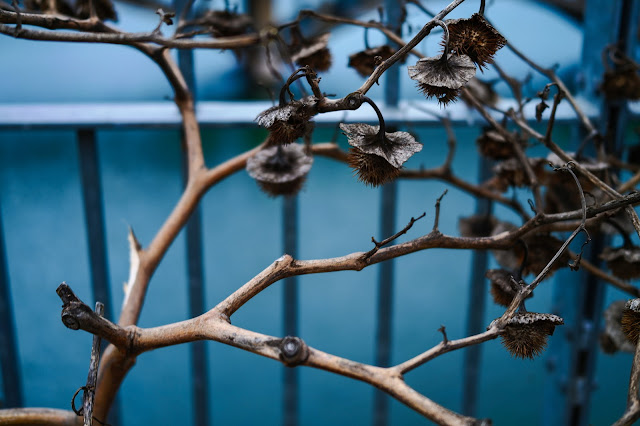 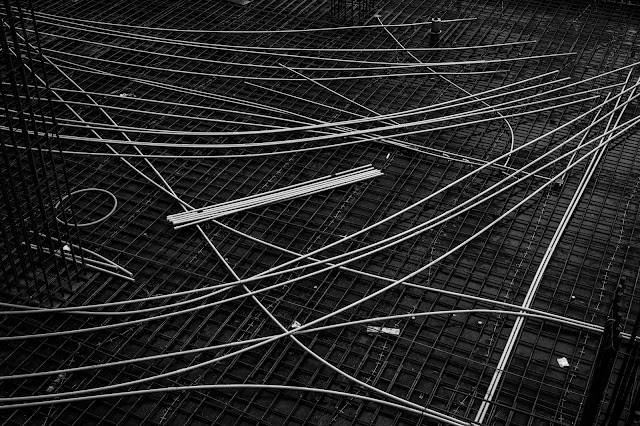 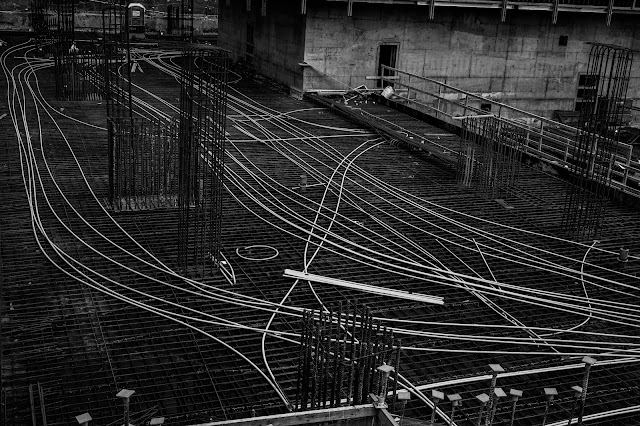 The two images just above are of the sub-structure of that big curved building I've been showing you for the last several months. These images are from three + years ago and were made with my 45mm lens.

Posted by Kirk, Photographer/Writer at 13:01

I'm right there with you on the smaller Sigmas, Kirk. I have the 24mm f/3.5, 35mm f/2.0, 45mm f/2.8 and 90mm f/2.8. All work wonderfully on my Panasonic S5. And the all-metal build and aperture rings make them a genuine pleasure to use. All have gaskets around the mount and, since these are all primes, that may be all the weather resistance they need. These Sigmas, along with the 20mm and 65mm f/2.0, are also available in Sony FE mount.

The 90mm f2.8 would be a 135mm equivalent on your CL. I’m looking at it for that reason and trying to convince myself I don’t need it. I’ll lose that argument and buy it of course.

Yes, completely agree with you about the sigma contemporary lenses; the 45/2.8 was welded to my S1R before I bought the Lumix 50/1.8, which I think I prefer - optically, anyway.

What I'm waiting for is an updated 50/1.4 Art. Sigma must, surely, be working on a new version for mirrorless? In fact, I'm astonished that such a lens hasn't yet been released!

I have a trip to northern Arizona coming up in a couple of weeks, so I've been checking both the NWS forecasts for the area, and the national bushfire map: https://maps.nwcg.gov/sa/. In a month or two, I'll likely be checking the latter for fires in my neck of the woods.

"I also ordered and have been shooting most of my recent portrait assignments in the studio with the 90mm f2.8 model. It's almost as small as the 45mm and even wide open is probably sharper that every competitor's 90mm lens".

My Leica 90mm Apo/Asph M lens is the equal sharpest lens I own, the other being the Canon 40mm f2.8 'pancake'lens.

I agree with your haptic sentiments here, Kirk, but regarding the size of the big modern 1.4 lenses, it only takes a glance at the test bench results for say Leica’s 50mm 1.4 L lens and their 50mm 1.4 M lens to see the extra performance from the extra size. It has nothing to do with AF.