Same lesson over and over again... 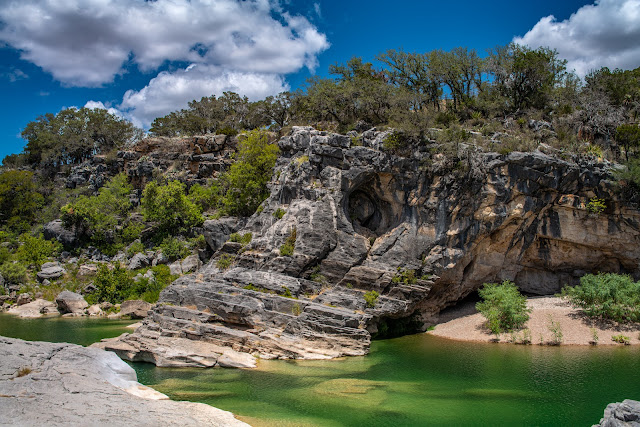 Like many photographers who are inordinately fond of gear I keep looking for that one perfect lens or camera that will unlock my true photographic potential. Yeah...as if.

If you read the blog regularly you'll see that I've really tried hard to substitute hardware for talent. Over and over again. But as the old saying goes: "Wherever you go, there you are." Or, in my world: "What ever camera you are shooting with you still have the same photographer."

In a moment of delusional weakness I actually paid full pop for a Leica 24-90mm zoom lens for the SL system. I thought that this would be the one. But it's big and heavy and a slog to carry around, and when I did finally cart it everywhere with me I found my images to be maybe a bit sharper but by no means any better in terms of insight, impact or overall splendor. It took me decades to stumble into the trap of considering new gear as an important factor in successful imaging and I'm afraid it's also taken me additional decades to figure out (or to admit to my recalcitrant techie self) that all of that motivation to buy new stuff was an error. Not a life or death error but certainly a stumbling block of sorts.

When you get bit by the acquisition bug you waste a whole lot of time doing mindless comparisons between products which are, for the most part, far better than anyone really needs them to be.  You waste time watching obvious shills for affiliates wax on and on about the "glory" of the latest 35mm lens or the perfect Q2 camera. You waste effort in working for more money only to give up a big part of your profits to buy yet another step "forward." You encounter many opportunity costs. Trading time you could have spent finding a great model, a great location or a great client in exchange for another piece of gear that will eventually, again and again, lay bare that the only important thing is the strength of your ideas and your own concept of a photographic vision.

Why am I beating this dead horse once again? Hmmm. A few weeks back I came across an older zoom lens that was labeled with a brand badge that marketing people have inflated into an icon in the industry. It was an ancient, heavy, well used Yashica/Contax zoom lens made by Kyocera in Japan, but festooned with the Carl Zeiss branding on the front ring. It was offered used for "only" a couple of hundred dollars. I bought it.  I like it but I don't know why...

I went out shooting some landscapes yesterday and intended to do the whole shoot with my newly acquired Sigma 35mm lens just to see how that would work out. But, as an afterthought I put the Yashica/Contax zoom in the backpack and brought it along. After a few preliminary shots I got bored sticking with one focal length so I pulled out the big zoom lens. The Contax-to L-mount adapter makes it look even bigger than it really is. I added a cheap, rubber lens hood for some protection against flare.

The rest of my time spent on the hot rocks was occupied shooting with the big, old zoom. It's a bear to shoot. It's used in "stop down" mode exclusively so you have the choice of slowing way down and opening the aperture to its maximum in order to fine focus. If you are shooting at f8 or f11 the depth of field delivered to the finder makes fine focusing hard. Really hard. Couple that with a "one touch" zoom mechanism and you'll really have to work to get stuff in focus and ready to shoot. It's hardly a quick process...

With the current Leica zoom lens all of this gets handled by the camera. No user sweat is involved in getting stuff in focus.

But here's the deal, the $250 used lens was perfectly adequate for the photographs I had in mind out in the field. The reality is that we're mostly using the lenses at something like f5.6 or, even more likely, f8-f11 and at those middle apertures each lens is delivering image quality to the camera sensor that is more or less identical. Which, once you've spent five or six thousand dollars on a different lens is something that's hard to admit. Especially to such a critical audience as yourself.

It's a bit unreal to come to grips with the fact that you've duped yourself into believing that a specific piece of gear can be so, so, so important to a process that you can rationalize spending a fortune on a lens that you end up rarely using. Which also brings up the question of why I chose to drag along an older and supposedly less capable lens instead of instantly reaching for the penultimate lens in the collection.

And I think, after pondering this last night, the reality is that working harder at making an image seems to be more fun than working less hard and letting the camera and lens do the heavy lifting for you. When I saw the image I'm sharing at the top of this post I also realized just how much post processing has to do with the success or failure of an image, tech-wise. The image is enhanced with a Leica SL2 preset I got from The Leica Store Miami and parts of the image have been selectively subjected to the clarity slider or have saturation of certain colors enhanced.

That the $250 lens can make a file that can be quickly and easily post processed to equal the output from a much more expensive lens is deflating and basically delivers us back to the the same old story: It's not about the lens. It's not the camera. There is no "better" brand. There is no special sauce. It's all up to me. Or all up to you, or all up to whoever is out photographing. If we point the world's best camera and lens at something boring you get a nice, but basically boring photograph. Point decades old gear at an exciting subject and you capture the excitement without much (or any) compromise.

My early work was all about people. As I got older fewer and fewer of my personal photographs have been of young, beautiful people as my age and access marched in reverse ratios to each other in lockstep. And here, now, I have relegated myself to photographing something I have very little interest in --- landscapes. And why? So I can "test" out my camera or my lens and share the results with people I have mostly never met. And who mostly disagree with my assessments.

It's not a very awe inspiring confession. But over the course of the last two decades the world, the universe and all of us have allowed for a near total homogenization of what was once a richly diverse craft to take place. At least where subject matter and style were concerned. Now it feels like we're just going through the steps in order to keep a sidelined hobby alive. Billions of cat whisker photos later...

I'm sure I can fix this. At least I think I can. But it's tough if you have to learn the same lessons over and over again until they actually sink in and do some good.

I have moved from the hobby of taking photographs to the hobby of spending money with an almost seamless efficiency. I wish there was someone to blame other than myself.

But there we are.

Posted by Kirk, Photographer/Writer at 13:16 23 comments: