We got our first cold weather of the season today. It got down to 60° and stayed there most of the day. Might get even cooler in the middle of the week. 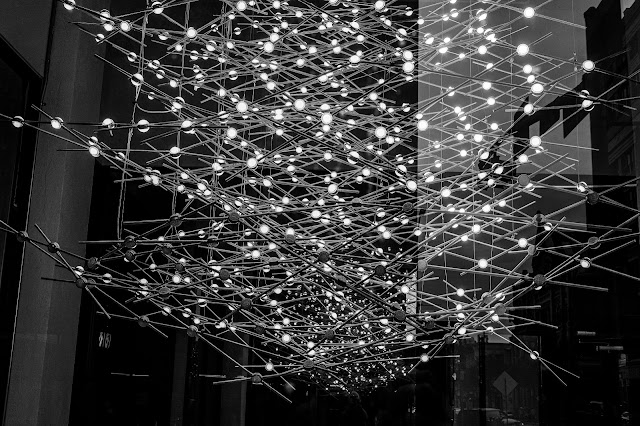 I'm starting to think that all of the "practice" photos we take when we are just out with our cameras, tasked with no projects and no agenda in mind, are very much disposable. Maybe it's even a good exercise to learn how to toss away images permanently after you've looked at them. I'm pretty sure I'm not alone in having hard disks more or less filled with lots of "almost" "nearly" "pretty good except for...." "so close" "so boring" etc. photographs. Someone mentioned on a different blog site that various masters of 20th century photography often felt the need to shoot two or three rolls of film every day, just to stay "tuned". Just to stay warmed up for the main events.

Josef Koudelka was reported to have walked around a friend's house aimlessly shooting his camera each morning until he'd blasted through a couple of rolls of film. He felt it was something he needed to do to keep from getting rusty. Playing the scales as it were.

I seem to do the same thing but with the fecundity of digital cameras I come back home with hundreds and hundreds of frames. Not a handful. Not just a couple dozen. Some indifferent, most boring, but a few with promise. A very few.

Schooled in the days of film photography we got into the mindset of never throwing images away. Even "seconds" or almost frames could be recycled as stock images or something. Now the costs of keeping a half million images on hand is trivial but the burden of having them in the mental subroutines we use to remember where we store it all is brutal. Excessive. Debilitating.

Lately, like a sport fisherman, I've been tossing lots of catches back into the ocean of photos once I feel I've bagged my limit. I think I've come to a somewhat rational conclusion that since I'm not inclined to stop shooting all these files, wanted and unwanted, they are going to continue to increase in quantity and will eventually gum up the works. Both literally and figuratively.

I've become less attached to the images that I used to be. Maybe it's the realization of my own fleeing years and the mortal goal posts getting progressively closer but I've realized that I don't want to spend whatever years (hopefully decades and decades) I have left hunched over the hot fires of a jam-packed computer sorting wheat from chaff and making some sort of catalog that will eventually dissolve like sugar in hot water. Better to start tossing now and with gusto then to become trapped by images that linger; vaguely wanted but mostly only as signposts along the way and not as real art, with real value. To me or anyone else.

I like the image above. But it's not very compelling. I don't have a story that goes with it. It's decor in some downtown building at the corner of two famous streets. But whatever art is contains is lodged with the actual object and not my haphazard documentation of it. I can now bring myself to share it once here and then discard it permanently. A tiny part of a gorged hard drive will probably breathe a very small sigh of relief but then gird itself for the onslaught of more.

It's an addiction to keep shooting when you've filled every nook and cranny of storage you own. Like a gambling addict the addicting rationale is to just keep buying more of those cute little hard drives and keep hoping that one of the stored images is a blockbuster prize/the winning lottery number, the must have NFT that's just temporarily dormant. But with the full knowledge that you'll never be shouting "Bingo!" Or "read em and weep" where all these images are concerned.

You know the ones you need to keep. They are of treasured memories. Of close loved ones and their visual history. Your collection of celebrity photographs that may increase in value as the news cycles become ever more rabid and desparate. You keep the images that cause you to pause and look and smile every time you see them on your screen. But damn man, it's time to get rid of all the rest.

Posted by Kirk, Photographer/Writer at 18:18 6 comments:

A small gallery of Sigma fp files with the Cinema minus two profile. All images taken with the Sigma 45mm f2.8 Contemporary lens. 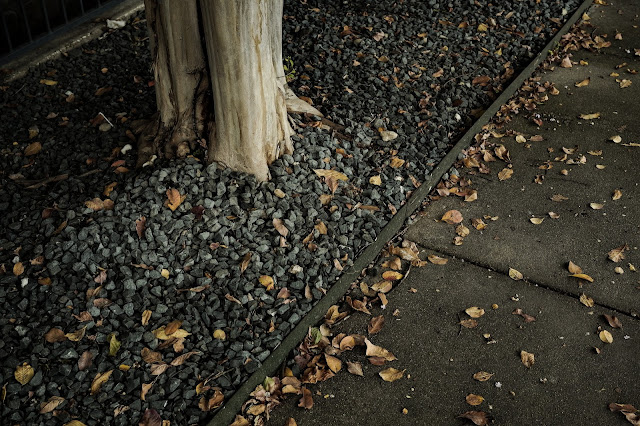 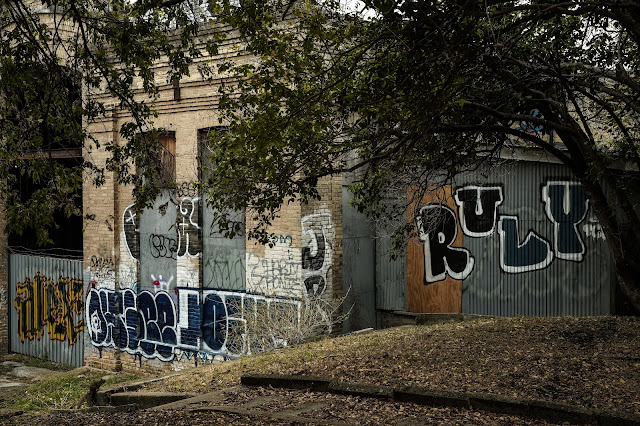 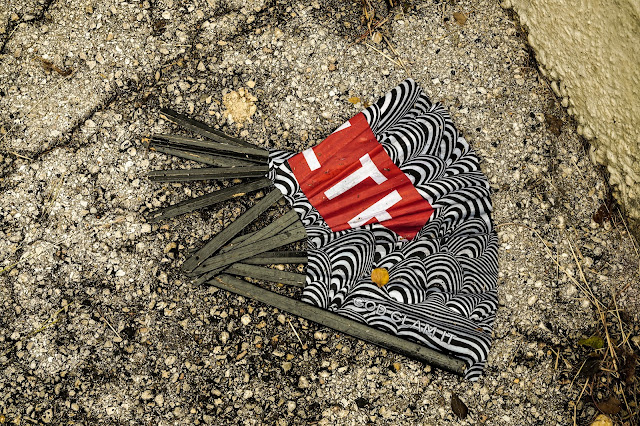 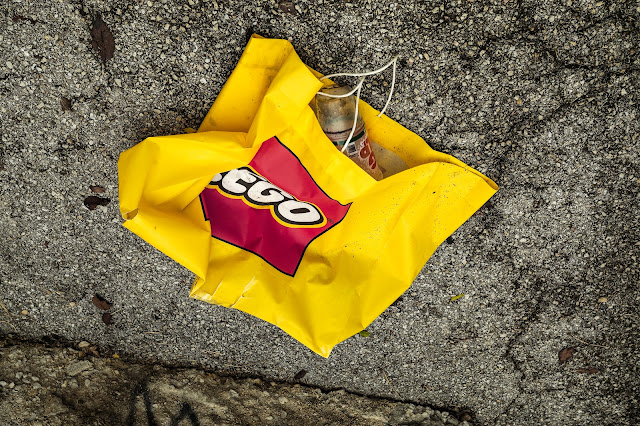 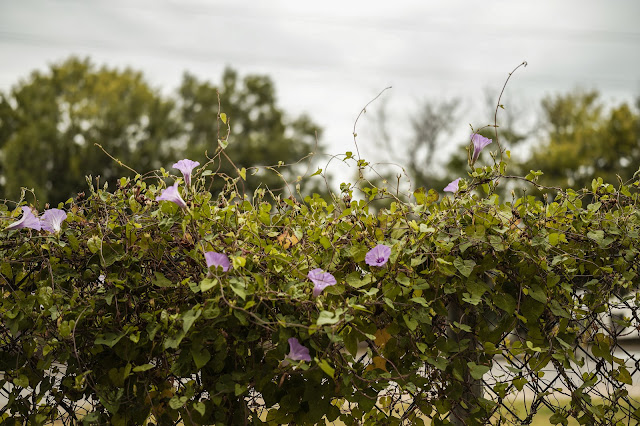 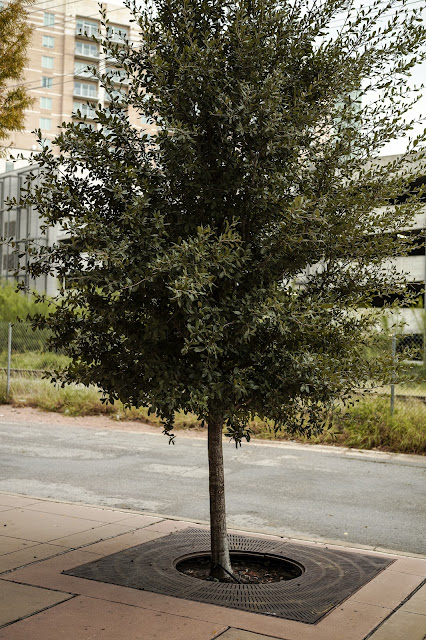 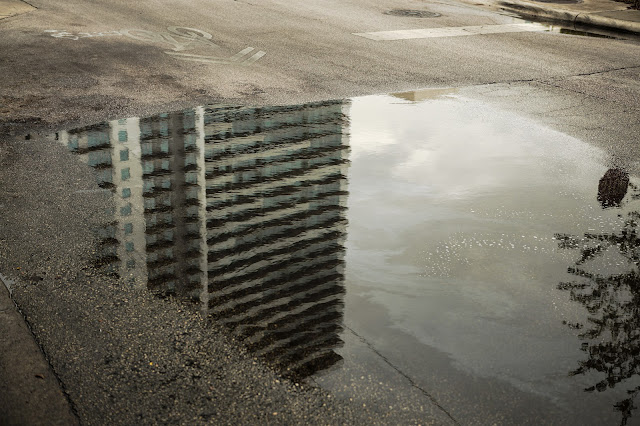 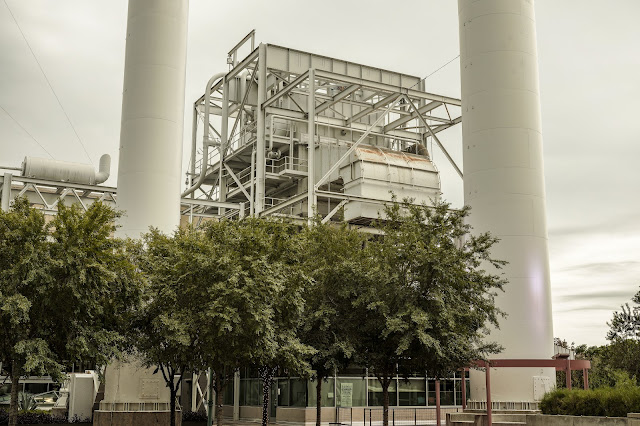 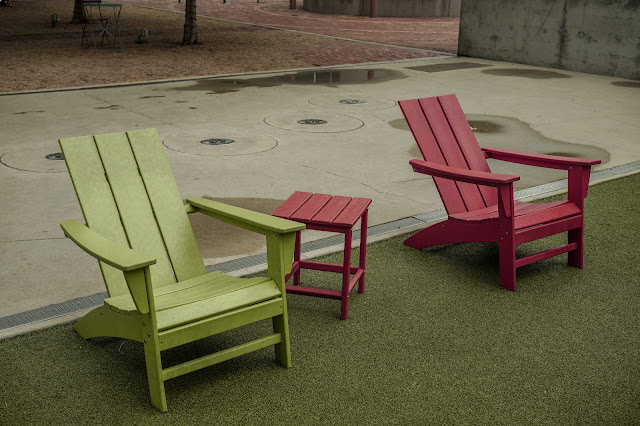 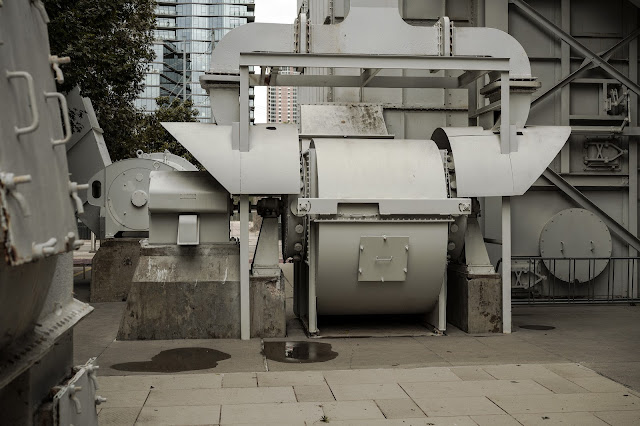 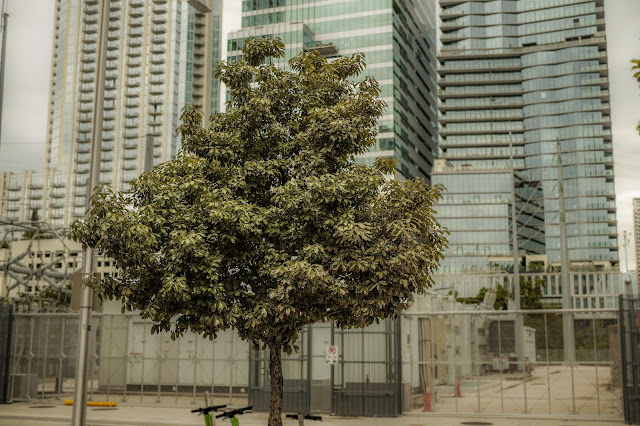 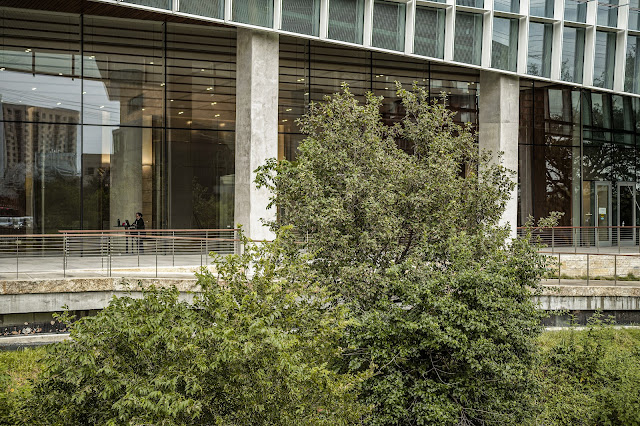 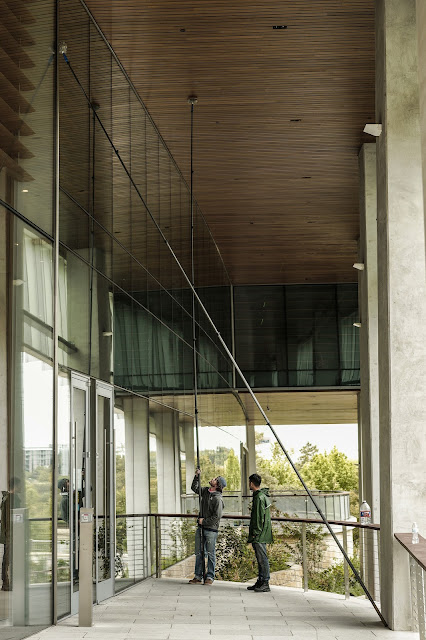 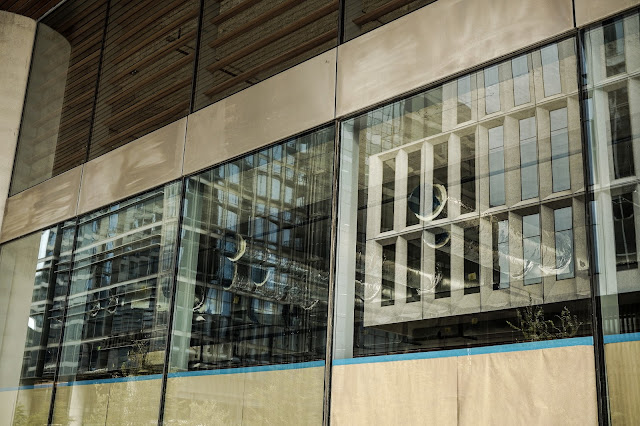 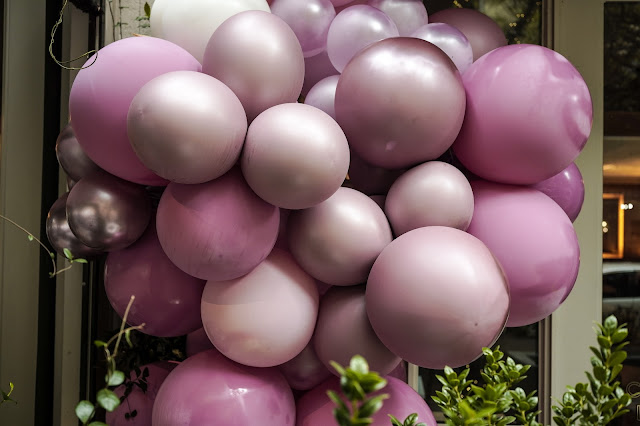 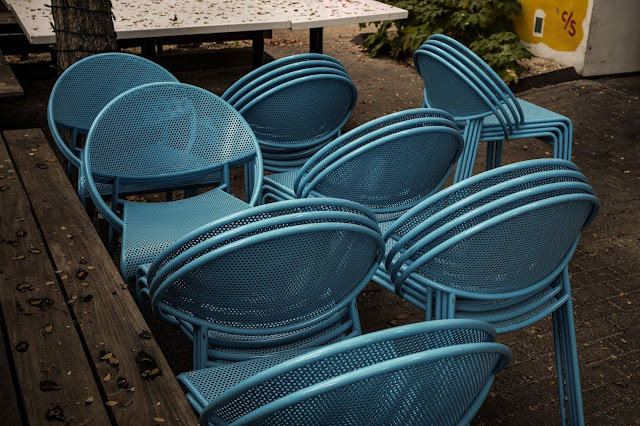 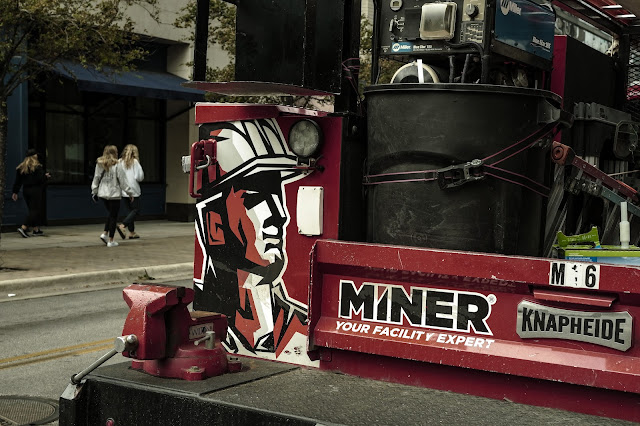 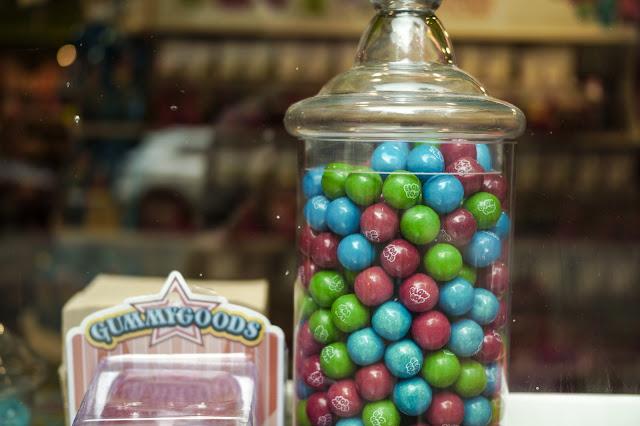 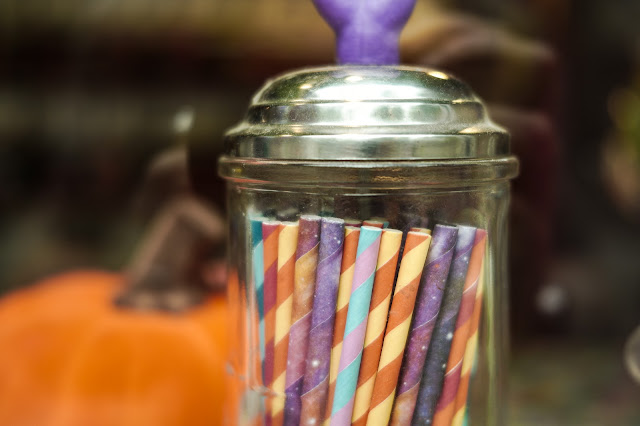 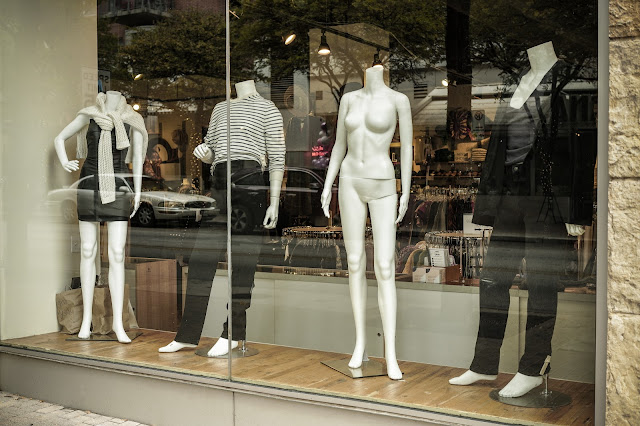 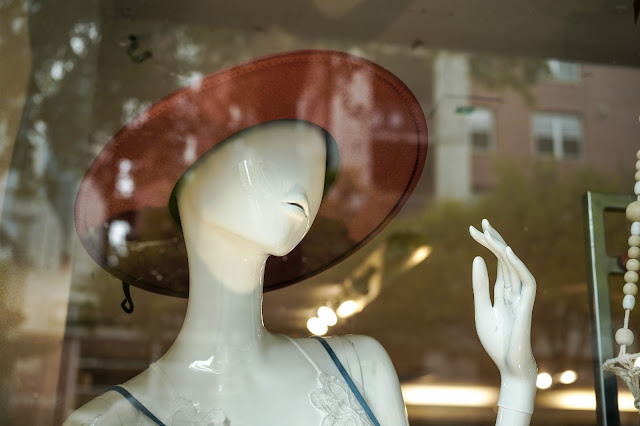 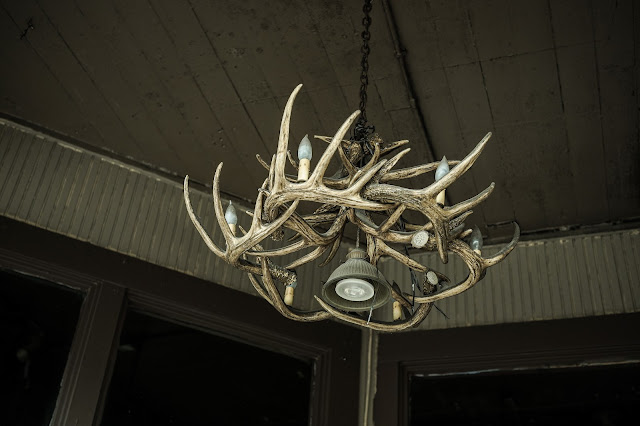 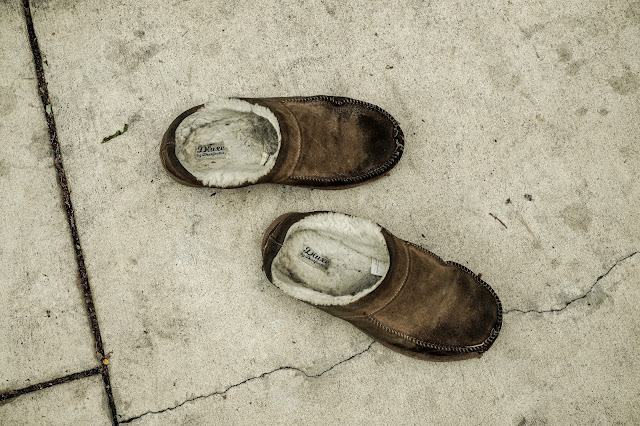 Posted by Kirk, Photographer/Writer at 17:48 7 comments:

Cult camera and lens takes its place as the best "point and shoot" / eccentric, weird camera of this decade. And I'm not the only one who thinks so.....kinda. 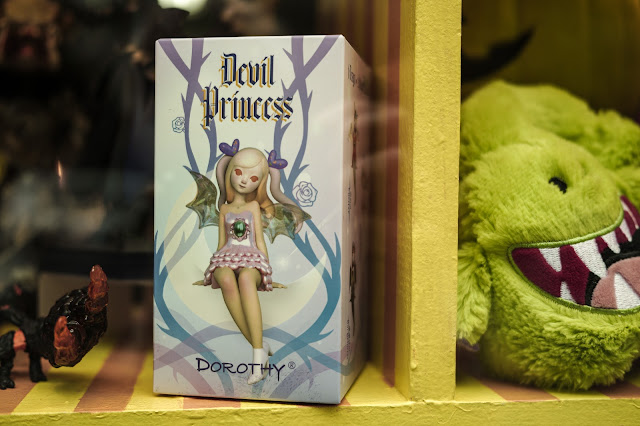 I got an email today from a friend who is also a reader of the blog. He's heading to Paris on a solo photography trip. Something he has apparently done a lot. He and I have traded emails lately concerning the Sigma fp. A camera that was thrust back into the limelight by master blogger, Michael Johnston. I have to say that over the last couple of months it seems to be the camera I carry around with me everywhere. And I'm not sure if it's the camera by itself or the camera+the 45mm lens combo that endears it to me so readily.
I'm one of the original crazy people who bought my fp as soon as it first shipped in 2020. I was attracted by the design and the specs but I was finally captured by the amazing images that I saw quickly floating around the web. When the YouTubers and big review sites poo-poo'ed the fp I knew it was probably a camera that I would love.
Since the Spring of 2020 I've shot a few video programs with it but most of my use of the camera is in the taking of photographs when I'm out and around, running errands or quality control testing coffee at various vendors within a constrained area. (I'll branch out when we've gotten all the coffee production in 78701 perfected. It might be a while).
But circling back to my friend... he's planning to take only the Sigma fp and, I believe, the Panasonic 24-105mm zoom lens. He's got a finder for the camera and, after giving it a lot of thought, I'm pretty sure he's selected the best package for making all kinds of photographs with the fp. The lens has the range I would want and, being a product of the L mount alliance it adds image stabilization to the system. The final kicker is that he has, in the past, been a Panasonic FZ1000 users so he's already got plenty of batteries that will work in the fp camera. He's set, as far as camera gear goes.
I got his email after I came back to the house from running errands and photographing around downtown as I made my rounds. Among other things I concentrated on unusual Halloween decor I kept coming across. I was also playing around with a customized version of the cinema color profile. And, as you probably know by now I have no fear of working with Jpegs files... When I'd made a good, long loop through the urban jungle I quit and headed to Precision Camera to buy "just one more" sandbag.
I bought a bright orange one. I figured the more garish the color the more it could serve as a warning beacon as well as a stand immobilizer. When my graphic designer/advertising professional spouse looked at the color with a bit of disgust I knew I had selected the correct color. it would work well as a cautionary sign... 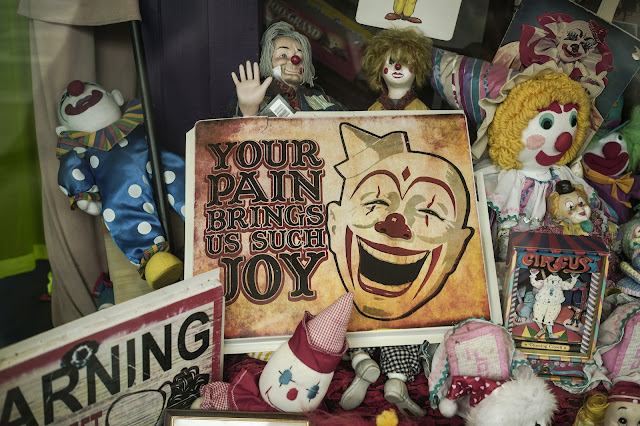 The effect of the cinema color setting is somewhat subtle. I like it a lot but in its stock configuration it's way too green and way too flat. I use the settings in the menu to add a bit of contrast and to take out a bit more of the saturation. The contrast is plus 4 steps while the saturation is minus 4 steps. Then you can adjust for the overall effect. I select minus 2 for that global setting. It gives me files that I think mimic the softer color negative films that Kodak designed back in the 1990s for portraits. And perhaps even more of a close match to Agfa Pro Portrait 160 color negative film. It's all good, clean fun. 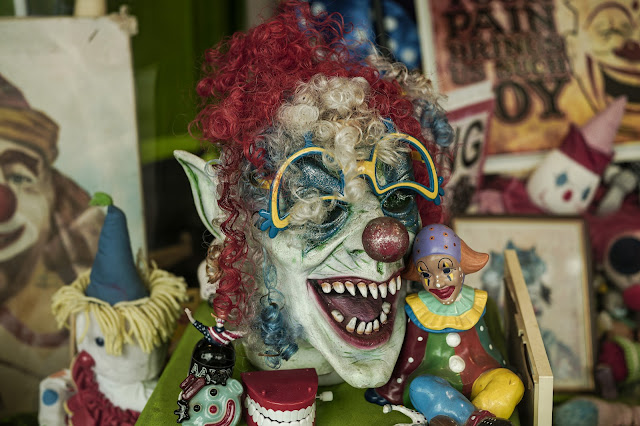 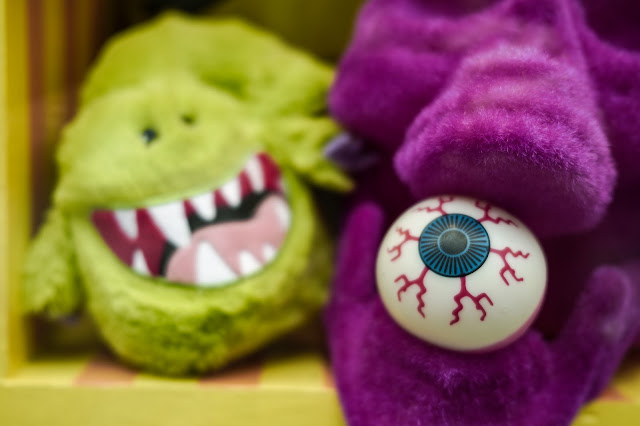 I still experiment with the 24mm f3.5 lens from Sigma and also the little 90mm but I keep coming back to the 45mm f2.8 as my perennial favorite. It's small, sharp and at the same time....mellow. It's just the right optic to pair with the cinema color mode. Yum. One of my favorite "point and shoot" cameras ever! But with the added happiness of interchangeable lenses, a full frame sensor and amazing image quality.

Sand bag. $40. I was thinking that's pretty pricy for a yard of canvas and 25 pounds of sand but I forgot to factor in the shipping charges. Can't imagine how much you'd have to pay Fedex to overnight a couple of sandbags to you. And, yes! I know they make empty sandbags you can fill yourself but where is the fun in that?

I have another friend who is a pro photographer in Atlanta. He also tests cameras and lenses and stuff for some online photo magazines. He's currently testing the Sigma fp L. The 60+ megapixel version. He wrote me yesterday to say that the rolling shutter ("Jello" effect) was off the charts bad. I wrote back to tell him that it's a feature, not a fault and to try not moving the camera around while making photographs.

I cannot print his reply here because we try to keep this a "family friendly" channel. He did not agree.

This negative appraisal of course triggered an opposing response from my brain and I've spent a small part of today re-researching the fp-L with a vague urge to add one to the fp. But in truth the fp is so close to perfect that the smart play might just to buy a second one of those just in case.

Prepping for video this week. V-Log in both Panasonic cameras. A wild mix but all within the same family.

More infö on that when it's all in the can.

What an exciting birthday month. Can't believe I'll be 67 years old by the end of next week and I'm still dragging around C-Stands and sandbags. My friends think I'm crazy and I'm starting to agree. I'll ponder it tomorrow morning at the early swim practice. Gotta get warmed up for the shoot....

Posted by Kirk, Photographer/Writer at 17:33 2 comments: