The process of gently breaking in new cameras. 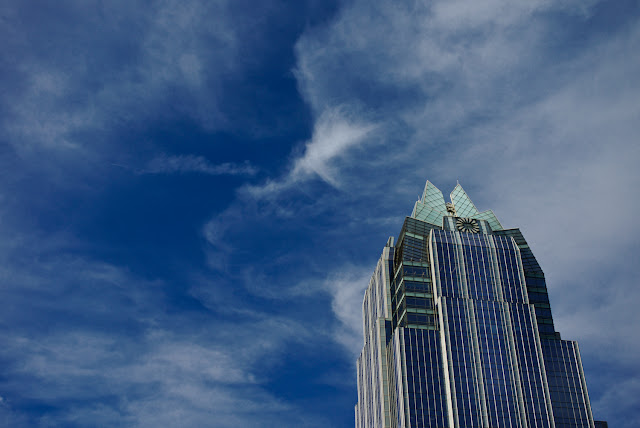 The web is absolutely ablaze with gushing demonstrations of awe concerning the Nikon D800. I feel sorry for the folks at Canon who only launched a "very nice" revision called the 5Dmk3 instead of a revolutionary new photo machine.  If you read between the lines on Dubovoy's essay at the Luminous Landscape you'll quickly realize that this is the second coming of the ultimate camera.  (the Hasselblad 500 series was the first, IMNSHO).

I had a call from a photographer friend today who owns the latest digital Hasselblad camera, a case of incredible lenses and shift adapters for it and a complete Canon system with all the tilt/shift lenses and most of the trimmings (including a brand new 5Dmk3).  His question for me:  "The camera store called.  They have a Nikon 800e set aside for me.  Should I pick up one and some of the tilt/shift Nikons?  And the 14-24mm?  And the 24-120mm?  And maybe one or two longer lenses, just in case?

See, not everyone's business is underwater.  But as good as the Nikon 800 is I'm sure that Canon will leapfrog over it.  They always do.

My friend shoots differently than me.  He's an architecture photographer with acres and acres of experience and he comes home from a shoot with 40 or, at the most 50 shots to process and store. For him the file sizes are not a burden.  I shot 685 files today for a large medical practice today.  Each one of the files from my Sony a77 was about 25.1 megabytes.  I'm grinding through more gigabytes in day (post processing, galleries and storage) that he does in a busy week.  Different styles.  Different subject matters.  I do people. He doesn't stuff that doesn't move around, blink or grimace.

Would I like a camera that shoots bigger files?  Not right now, thanks.  I'm waiting for the price of 4 terabyte drives to drop under $50.  But honestly, if I were putting together a system from scratch right now it would be kind of crazy not to strongly consider the Nikon.

I'm on a different track right now.  I'm more interested in the "user interface" than the absolute performance of a camera.  And after having just used the Sony a77 camera for two very different location assignments, one day after the other, I would have to say that the EVF on that camera is a game changer for me.  Most of my work is used just like traditional advertising and marketing photos have been used for the last six or seven years.  I can check the boxes with a 24 megapixel camera.  Web pages? Check.  Ads in magazines? Check. Brochures? Check.  Projected presentations in large venues? Check.

What kind of work do I not do?  Big landscape shots printed 30 by 40 inches or larger for acquisition by collectors and galleries.  Uncheck.  I've never done it, I don't do it now and I don't see myself rushing into that market any time soon.

So, the files size I lusted after, back when I was shooting with my favorite Nikon (the D2X) was 24 megapixels.  Back then the medium format stuff was between 22 and 28 megapixels.  Now I have two cameras that do that with relative ease.  And they are incredibly fun to use.  But they are even more fun when you practice with them and get them figured out.

Here's my handy guide to figuring out new cameras:

1.  Read the manual.  Sit with the camera in front of you and read the manual, page by page. Find the stuff you read about and figure out how to set it.

2.  Go out and shoot for a full afternoon.  Limit yourself to one lens so you don't have more variables than you can handle.  Keep a mental note of the things that stump you.

3.  If you were stumped then go back and read the manual.  Try the stuff again.

4.  Set up a tripod in your studio and try all of the ISO's, one after the other, equalizing the exposure as you go. Then look at the files really big on your monitor.  Get to know the limitations of the files at various ISO's.

5.  Do a "best scenario" shoot with your camera so you know just how good you can expect it to be.  For me that means taking a really nice series of portraits with the camera on a good tripod and the ISO cranked down to the point where the noise is non-existent and the dynamic range is fulsome and bountiful.  Look at the resulting files on your monitor and feel good about your camera.

7.  Re-read the manual.  Then go out and try it again.  If you shoot sports go shoot some sports.  If you shoot portraits, do that.  If you shoot landscapes do that. Figure out the strengths and weaknesses of the camera in your specialty and then test ways to work around the weaknesses.

Once you break your camera in you'll have respect for what it's capable of and where it falls short.  And you'll be able to leverage or compromise.

The Sony a57 is a speed demon.  That's a plus.  The EVF isn't as good as the one in the a77. That's a minus.  That means I spend some time post viewing some critical stuff on the very good back panel screen.  But as I zero it in and see the differences between what the EVF shows me and what my studio monitor shows me I can depend on the rear screen less and my experience more.

An old Leica shooter once told me that you don't become a real photographer until you can set the shutter speed, aperture and focus of an M series Leica in the dark.  And then he added that the authentic shooters could also load the camera in the dark.  Pitch dark.  Not just "too dark for the AF module.."

I would submit that by getting to know your camera and carrying it with you all the time you'll get to know, almost unconsciously, exactly where the exposure comp button is and where the review button is.  How the camera sits in your hand.  How long it will take to start up.  How to fly through the menus to get exactly where you need to be.  And a lot more.  It's all about time with your camera.

I know the a77 is noisy from ISO 800 up unless I convert files in DXO or some other program.  But I also know that for anything that doesn't move I can use the multi-frame noise reduction and get astoundingly clean files.  I use that a lot.  I use ISO 50...a lot. And it looks incredible.

Would I like a new Nikon D800?  If they come out with a body that has an EVF it would be hard for me to resist.  From where I'm sitting right now the one thing it does better than the Sony (big, detailed files with clean high ISO performance) is offset by the pleasure and usefulness of the EVF.  The files I'm working with are big enough and the dynamic range I'm getting is close as well.  Everything is a compromise.

Ah well.  Right now is the time for Nikon owners to strut around.  And they should enjoy it.  I remember too well the fallow days earlier in the decade when they huddled around campfires in fifty gallon barrels and prayed for the day they'd have noiseless files at 400 and something with a full frame sensor.  They watched many good friends succumb to the lure of the Canon miracle machines.  How the wheel turns.... 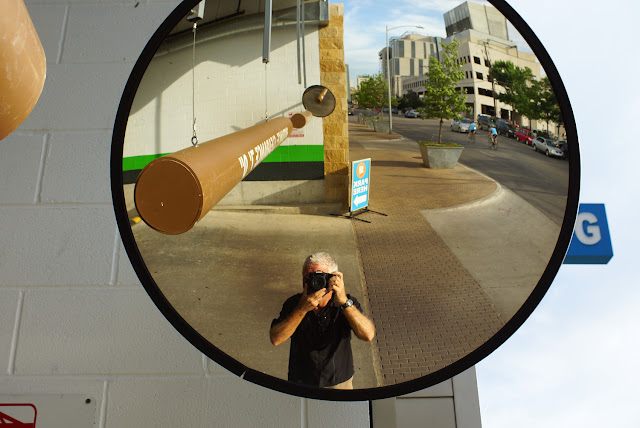 Rockin it nu skool. Is it just me or did I go over the top on the post processing? 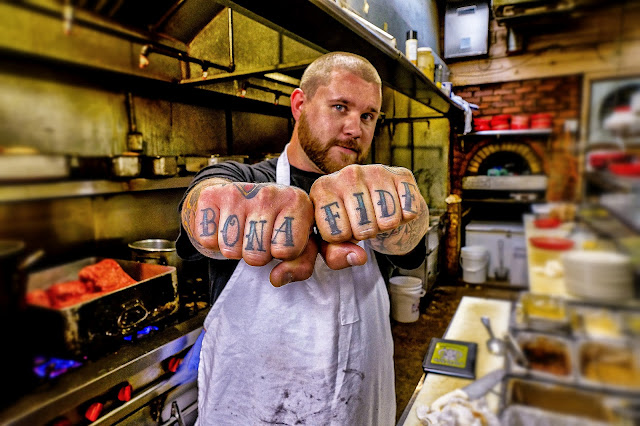 I was out shooting a restaurant yesterday and I photographed the chef.  And his hands.  And when I came home I put the photo into SnapSeed and started playing with my favorite sliders.  Now I don't feel so left out.  I can do work in a modern  vernacular. If I append a magnificent manifesto then the sky is the limit.

But...ta da!  It's my new style.  And I wrote down all the filters I used to it's repeatable. Bon Appetit.


note to self:  It is possible to overdo the modern idiom.