Old School Instagram. We used to call them Polaroids. 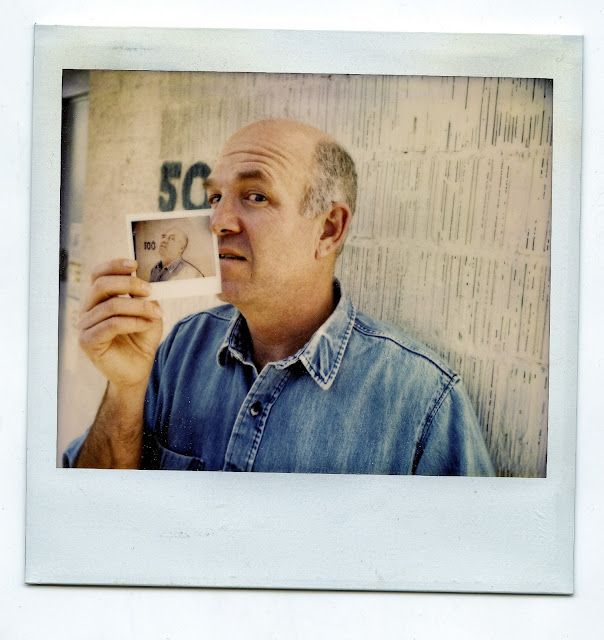 This grizzled, old relic (the print, not the subject...) is the precursor to the current trend of presenting distressed photographs. The only difference is that we didn't need to do anything to distress a typical Polaroid SX-70 print; they came mostly pre-distressed. Nevertheless we did spend some amount of time walking around with the bulky SX-70 cameras and snapping away at a couple bucks a frame.

When I got back from Boston last week I finally came to grips with the reality that my studio/office was an unorganized mess. I've been cleaning, sorting and throwing stuff out. My intentions were good and my energy adequate until I found a small box filled with old Polaroid images. I was organized enough to get a bunch of instant film prints into a box many years ago, just not organized enough to put a label on the box or to put it someplace logical.

The man in the image is my friend, Wyatt McSpadden. Originally from Amarillo, Texas, I rank him, along with our mutual friend,  designer/writer  Mike Hicks, as two of the funniest people I've ever encountered.

I have no idea why I was photographing Wyatt on the loading dock outside our studios in east Austin nearly twenty years ago. But I'm glad I did. It preserved the time for me and this small print brought back the whole feel of the time.

Can I suggest that you print out and save some of the digital images you currently take of family and friends? You may not always keep track of the digital work that we make these days but the sheer physical-ness of a printed object makes it a more valuable artifact. One that's easier to access and harder to throw away.

Amazing to me what power there is locked in a single image.