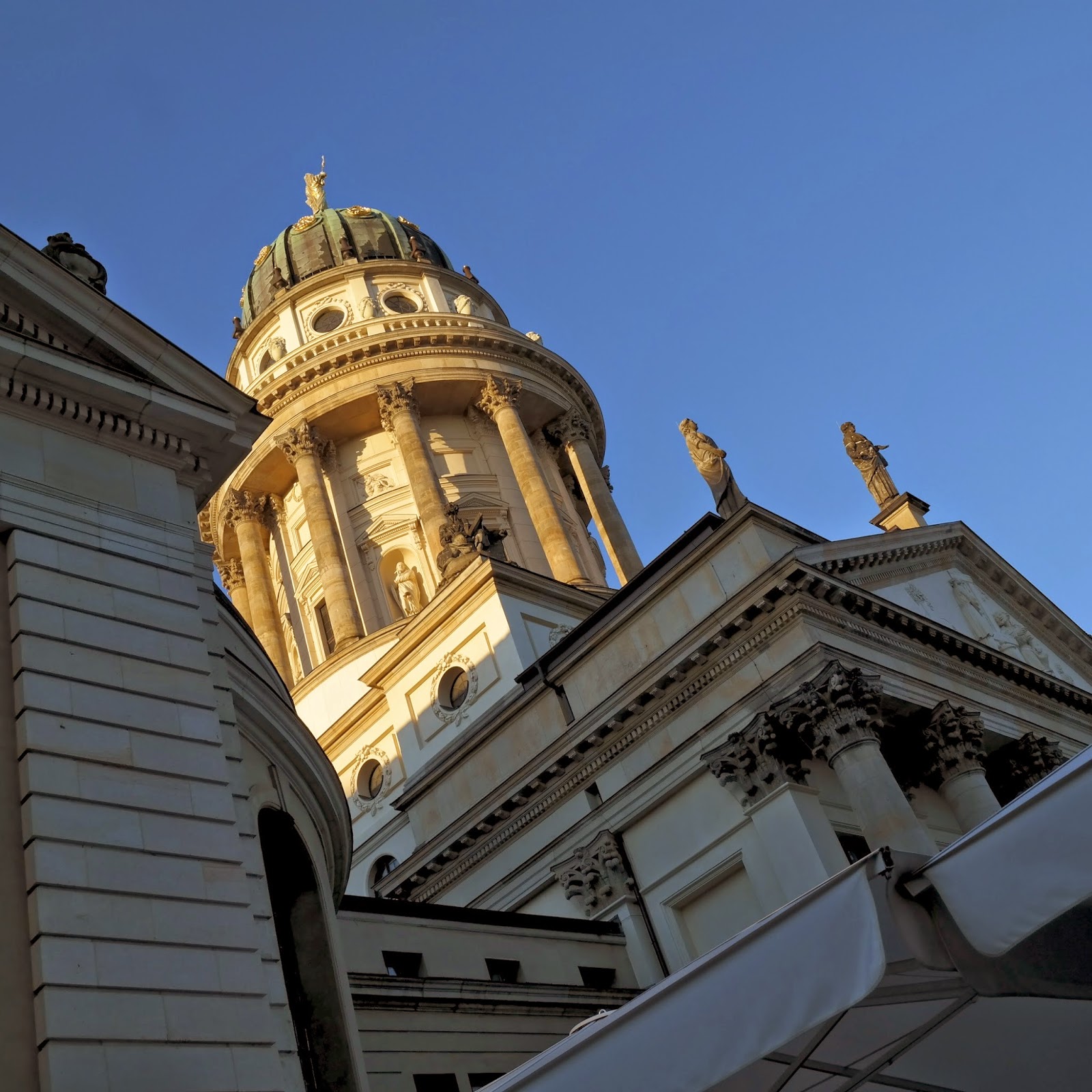 Back in the days of film one of the most productive photographers in the New York advertising and editorial scene was a guy named, Jack Reznicki. He had a very successful ad campaign aimed at creative directors and art buyers. He'd send out cool stuff for promotions and everything would have the tagline: "Just call me Jack!" on it. A nod to the idea that people kept misspelling or mispronouncing his last name. At any rate Jack wrote a wonderful book called, Studio and Commercial Photography; it's out of print but there are still lots of copies floating around. I just ordered a new copy from one of third party book merchants at Amazon...

The book is a wonderful over the shoulders look into what the business was like back at the end of the last century. Jack's crew was building great sets in the studio, working with top talent and hiring amazing prop makers and riggers to make the images work right in the camera. The photographs themselves were good, solid advertising and editorial images. Almost everything he showed in the book were photographs of people. While his style wasn't cutting edge or even edge-y is was technically wonderful and a perfect match for the demographics of the markets in which he worked.

For me this book was like a primer on studio work with people. I'd been doing my own style for years before I saw his book but it really helped me up my game as a photographer. These were the days before digital imaging was wide spread in that part of the industry and most of the work Jack showed was made with medium format film cameras. Hasselblads.

I was thinking about Jack's book as I bought a second Olympus OMD EM-5 camera from a close friend today. I was wondering (until I remembered Jack) why it is that I always feel compelled to buy cameras in pairs. Then I remembered. It's all about the back up. It's all about redundancy. It's all about being a "Boy Scout" for your clients and always being prepared. Or, as one of my favorite photography professors/artists, Dennis Darling, once wrote in his book, Chameleon with a Camera, "Cameras like to travel in pairs, like rattlesnakes..."

While cameras seem much more reliable now than ever before they are still electro-mechanical machines with moving parts and all machines fail at some point. Murphy's Law for photographers indicates that the rock solid, reliable workhorse camera that you swear by will fail and it will choose to do so at the least opportune time and at the highest cost to you, personally.

In Jack's book he goes to great pains to talk about his back up strategy. When he went on location he would always take two of each important piece of shooting gear. If he was shooting portraits he would have two lenses that, in a pinch, could each be used to cover the assignment. For example a 120mm macro and a 150mm or a 150mm and a 180mm. He would always travel with two bodies and anything else that the failure of which would bring the whole shoot to a halt.

I've always tried to make sure I have backups for everything. When digital bodies were frightfully expensive it wasn't always financially reasonable to have two identical cameras. When we entered the 6 megapixel arena with the Kodak DCS 760 the bodies were around $7,000 each. Buying two in a  quickly evolving market just didn't make sense so I would bring along an Olympus e-10 camera as a last gasp back-up. Just enough ummph to finish a job and not a pixel more.

Today, with the price of good, solid, usable cameras well below $2000 (and many under $1000) I am back to the practice of buying two of the same cameras. Two weeks ago I bought a black EM-5 from a friend whose vast camera inventory means that camera won't even be missed. Today I bought a second body. The rationale? Same menus, same settings, same controls, same batteries, same everything. If I need to grab a back up camera I won't miss a step getting used to a new interface, and staying in the same family means effortless interchangeability of lenses, flashes and other accessories.

I have a project I'd like to do out on the road and I wanted to try it with the EM-5 and the three Sigma dn Art lenses. But I would never go out to remote locations with an "only" camera. I am happy to have the second body.

But it goes beyond just having a back up. When I shot events in the film days I used three cameras. One with a wide lens, one with a normal lens and one with a long lens. As we progressed some of those lenses were replaced with fast zooms. That meant quicker access to the moment. Rather than having to dig around in a camera bag to change focal lengths one could drop one camera and let it dangle on the strap and grab another one with the lens needed for right now. Bring the next camera to your eye and shoot.

I still do it that way. A recent conference saw me hustling around with three Panasonic GH cameras festooned around my person, along with a flash and extra batteries in the pocket of my jacket. Over time you get used to placing the cameras with specific lenses in the same locations. Fast normal around my neck, hanging down on my chest; fast, wide zoom on the left and fast, long zoom on the right.

With the EM-5 cameras I'll probably start out with one over each shoulder and the 17mm on one with the 45mm on the other. We'll see how that works and then go from there.

So my theory is that we proceed just like Noah loading animals into his ark. Two of each. Not that I expect to leave the cameras in a dark bag with Barry White music playing in the studio and have them multiply. But at least I'll know I have a pair that's perfectly matched.

The other reason Olympus owners might want multiple cameras is to minimize lens changing. We tend to think that there's no downside to the marvelous 5 axis IBIS but it's good to keep in mind that if something nasty sticks to the sensor and the shaking device can't dislodge it you will have to send the camera in for sensor cleaning. You can't use the old Q-tip and vodka cleaning method that a well anchored, full frame sensor might withstand. So having one lens on each of several bodies and leaving them almost welded in place might, in the long run, turns out to be a much less expensive strategy than going cheap on bodies and changing lenses over and over again in raging dust storms.

Are the Panasonic cameras in danger of being displaced and discarded? Not on your life. Those GH cameras are video and still photography money makers. The Olympus cameras are my new dilettante shooters. For fun and art. Remember, it's an open lens standard and we get to pick and choose. With the un-stabilized lenses the Olympus cameras give the caffeine addicts a fighting chance...

Posted by Kirk Tuck, Photographer/Writer at 16:21

I have two EM-5s with the 20mm Panasonic and the 45mm Olympus lenses, but honestly, I find myself using the Oly 14-150 most of the time. It's not a highly rated lens, but it's the best walkaround lens I've ever owned. And with the EM-5's great IBIS, the f5.6 aperture at the long end is not that much of a handicap. Outdoors, I shoot it at f8 most of the time.

Wow, Kirk is BACK with Olympus. Love it, Art and fun again!

A matched pair of cameras is one of the great photographic luxuries. About a year and a half back I bought a GX1 at a huge discount. I liked it so well that when the price dropped again I bought a second. That was the first time since the film days I had owned a matched pair and I had half forgotten how sweet it can be. Until then my second digital had been my older camera. That lead to some odd pairings and sometimes problems in getting image color and quality to match up if I used both on the same project.

This year I wanted a GH4 - but kept thinking for the same money I could have a pair of GH3s or G6s. After some poking around in the used market I wound up with a very clean pair of G6s - with enough money left over for a Zoom recorder and all 3 of the Sigma primes. :-)

The G6 is a little bit plastic but it should do all I need for the next year or so. It's great to have a pair, especially as I get more into video and expect to be doing some 2-camera setups soon.