My Theatrical Test of the Sony RX10. And what a fun romp it was. 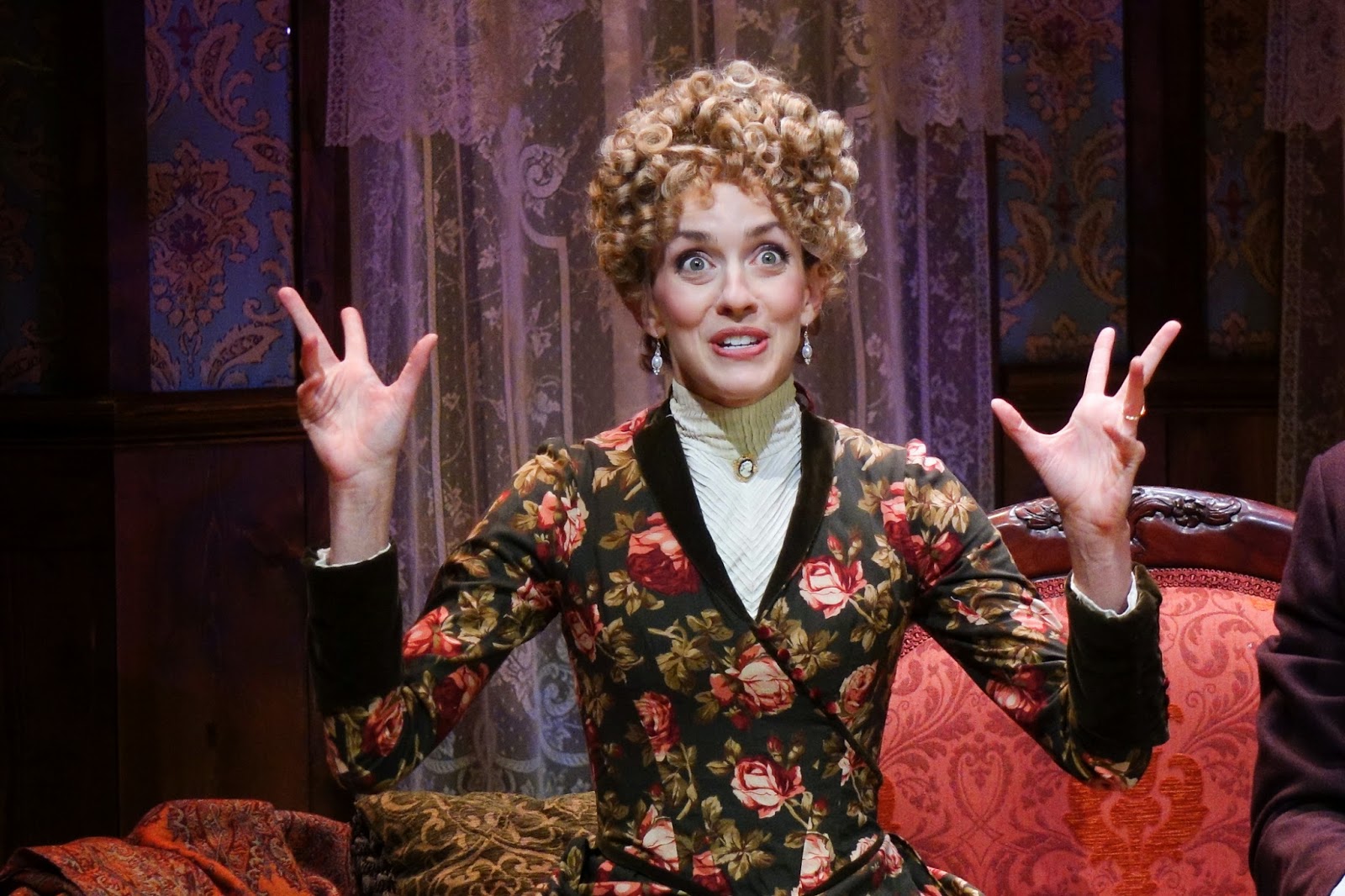 My mistake. I used the clear digital zoom (interpolated pixels) feature on this one
to get a 400mm equivalent that I could handhold.... 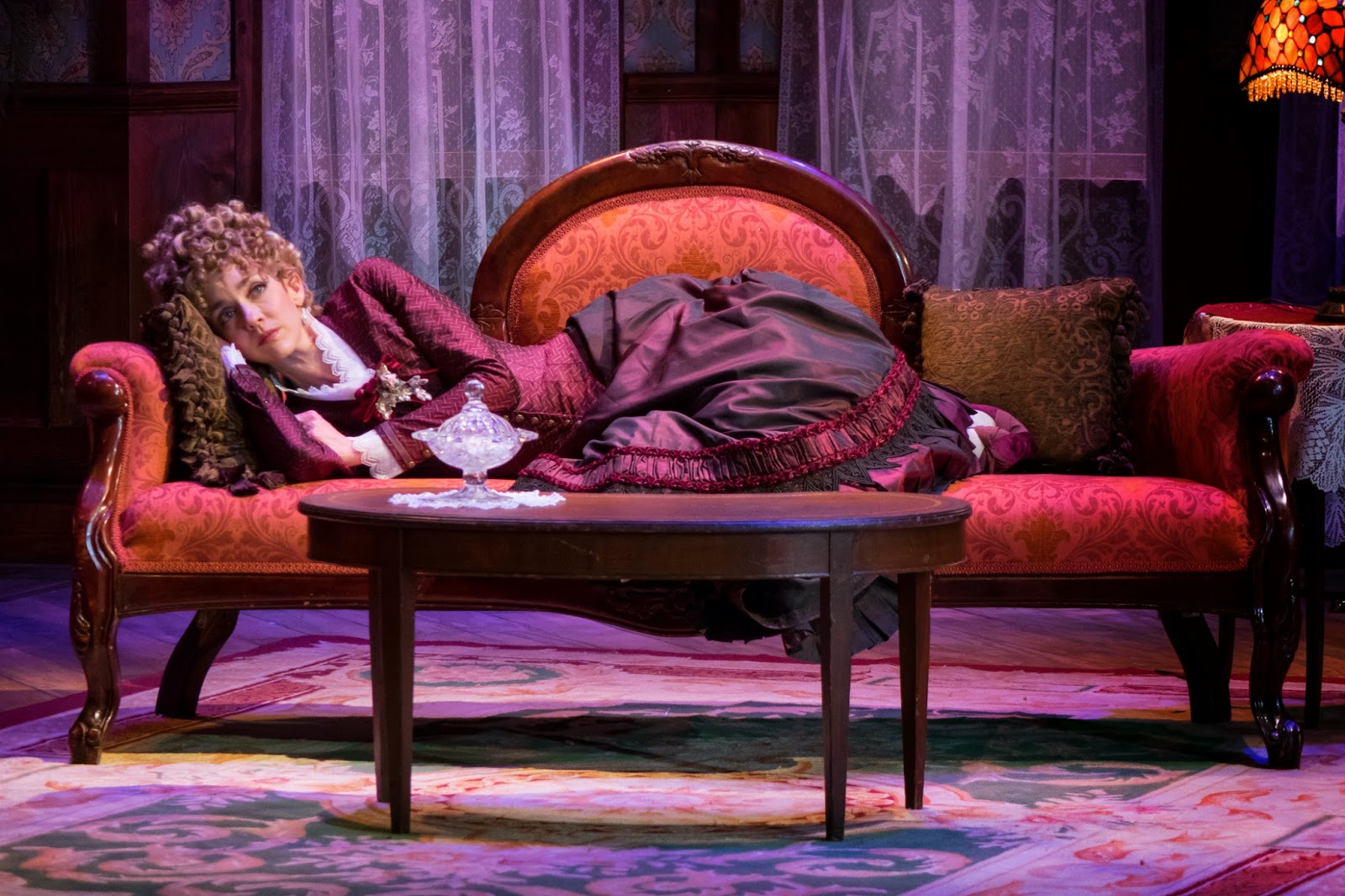 One shoot. One camera. One Lens. (Not shown here, but still yummy: 24mm equiv. shots
of the whole stage. And yes, the lines are straight).

If you've read the blog for a while you know that I shoot a lot of marketing images for the best live Theater in central Texas, Zach Theatre here in Austin. I've been doing it for twenty years now and I'm finally getting proficient at the whole thing. A lot of our shoots are studio productions done weeks or months before a play is ready for an audience. We used to do that kind of assignment with big strobes and Hasselblad film cameras and now we press whatever really good digital camera we happen to have into service. Any of the major brands, with more than 8 megapixels can do a great jobs when you have the camera anchored on a stout tripod, when you are using the best lenses and when you hot glue the ISO dial solidly to 100.

But the other portion of our photo assignments from Zach Theatre are what we call, "running shoots." These are the images that we take at the final dress rehearsals, and since the opening of the new Topfer Theatre (Zach's premier theater and stage) we do those dress rehearsals with an audience of "family and friends" in the house.

In the past I've tended to shoot these with full frame cameras and fast, long lenses but from time to time I've tossed in lots of Four-Thirds, micro 4:3s, and a never ending mix of strange birds like the original Sony R1 (still have some great shots from the Janis Joplin show from that camera...).
When I do a running shoot I try to cover everything so the marketing people have a wide range of images they can use across diverse marketing opportunities. That means I shoot a lot frames. So I get to know the camera I'm shooting with inside and out.

If you've shot live theater before you know that the light levels on the stage change constantly. You know that the light levels can get pretty low.  You know that the color of the light changes all the time (you can thank programmable LEDs for that...). And you know that actors constantly move and that their hands move even faster (1/250th and above can help stop hand blur. Sometimes).  You either want a camera that can read all that complexity or you need a camera that you can make adjustments and changes to almost automatically. A poorly set up camera can be a nightmare. A slow focuser will drive you nuts. And, you'll shoot at ISOs starting at 800 and, if you are lucky, cap at 3200.

In earlier digital days I found the Nikon D700 to be a wonderful theater camera when it came to focus and ease of exposure adjustments. It was great when we worked in tight. The big revolution for me came with the introduction of great EVFs.  Especially the one in the Sony a99. For the first time I could make "real time" adjustments and have a high degree of certainty that the images out of camera would match what I was previewing through the eyepiece. No more shoot-and-chimp.

I've been happy with the a99 and the 70-200mm 2.8 G lens but the entire universe is our lab and our newest infatuation here at VSL is the new baby Sony, the RX10. So, with a bit of trepidation I decided to go totally "bridge-cam" for the dress rehearsal of, "The Room Next Store."  Also known, in the theater circles as, "The Vibrator Play."  According to the camera critics I would be facing insurmountable odds. I'd be gnashing my teeth at the contrast detect auto focus. Especially on moving subjects going in and out of the shadows. The zoom of the lens would be too slow to catch any decisive moments, and the depressing capper to the whole gloomy undertaking would be the sheer nasty-ness of the microscopically small sensor. Even smaller than in the Olympus "world champion" camera. According to some critics I'd be better off using my cellphone.... 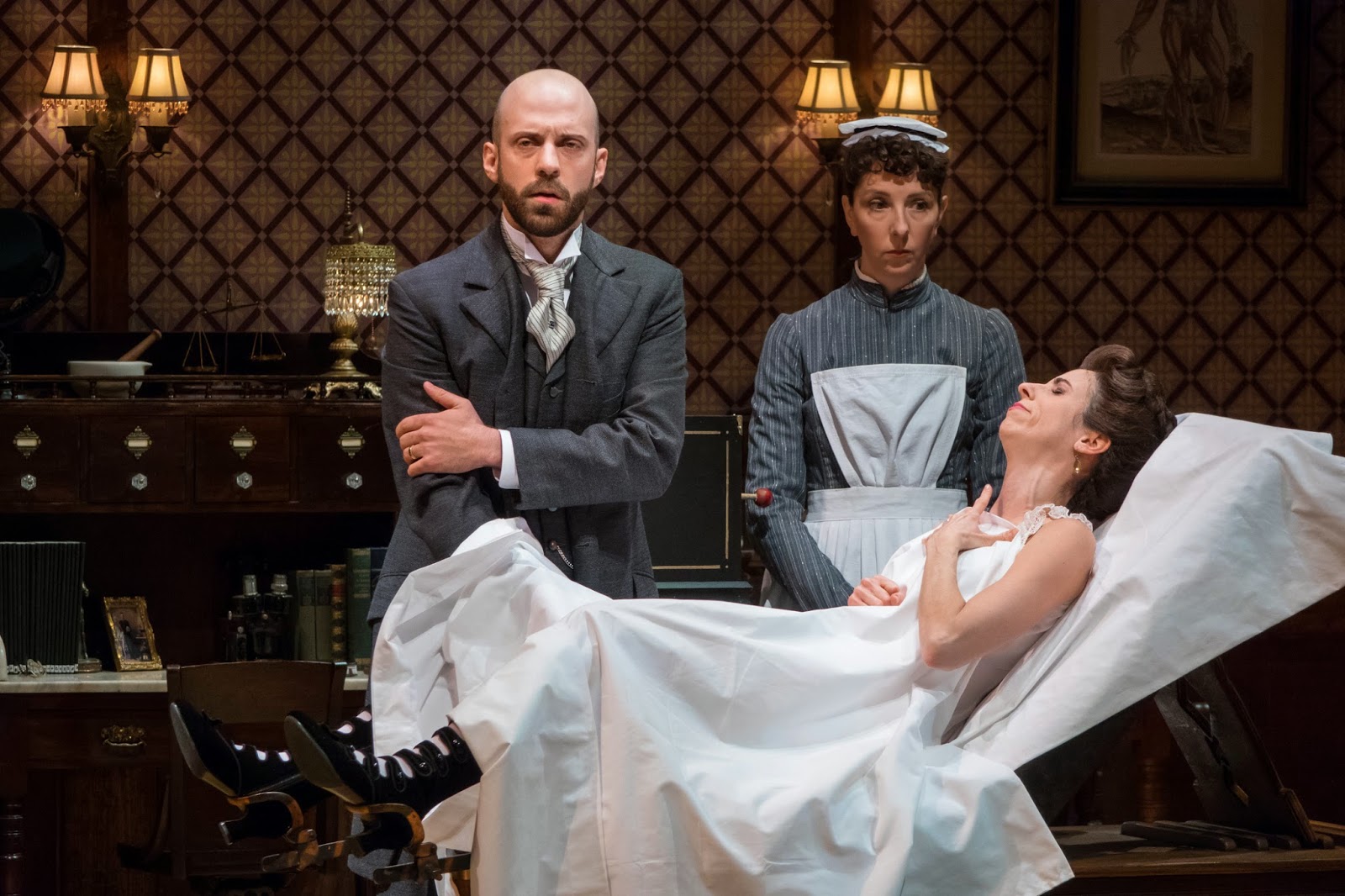 Let's talk about camera set up. I have to face some limitations. The RX10 is not going to match the a99 or any full frame camera at ISO' above 800 so I decided to try to stick to ISO 800 and use 1600 as my high limit. Then I go backward and try to figure out what combination of shutter speed and apertures will match up we with that. I aimed for 1/200th of a second as a target shutter speed but I was willing to go all the way down to 1/80th since the image stabilization in this camera is very good. I knew I'd spend most of the evening at the long end of the lens so the extra stability was nice to have.

I was sitting in the middle of a (non-paying) audience (and I'm not a "dirty baby diaper hold" shooter) so I turned off the rear LCD and depended exclusively on the very good EVF. And that's actually a battery saving move as well. You see, there's a proximity sensor at the eyepiece and if you have only the eyepiece implemented whenever you move your eye from the finder it shuts off the monitor. Instant "eco" mode. 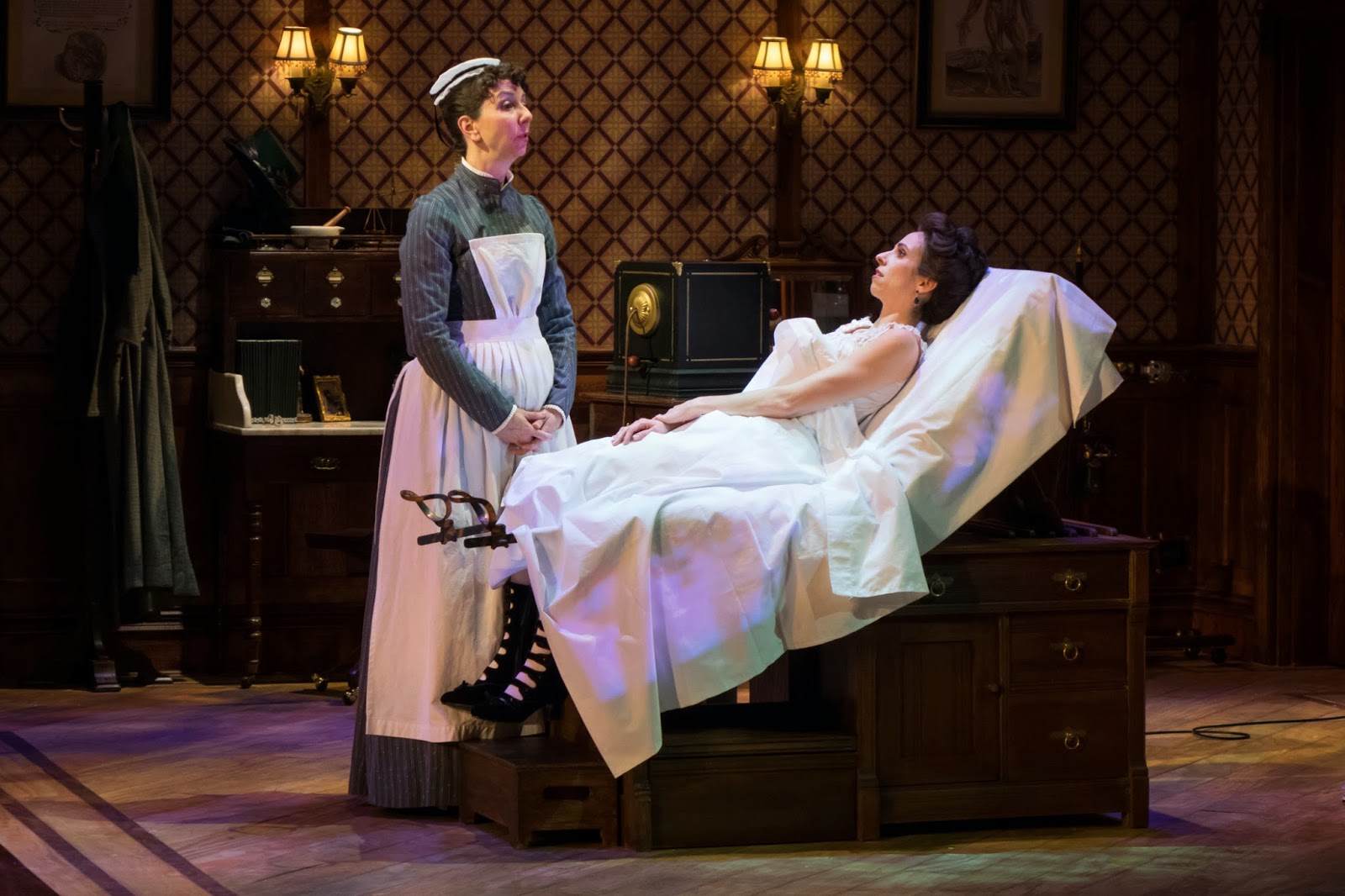 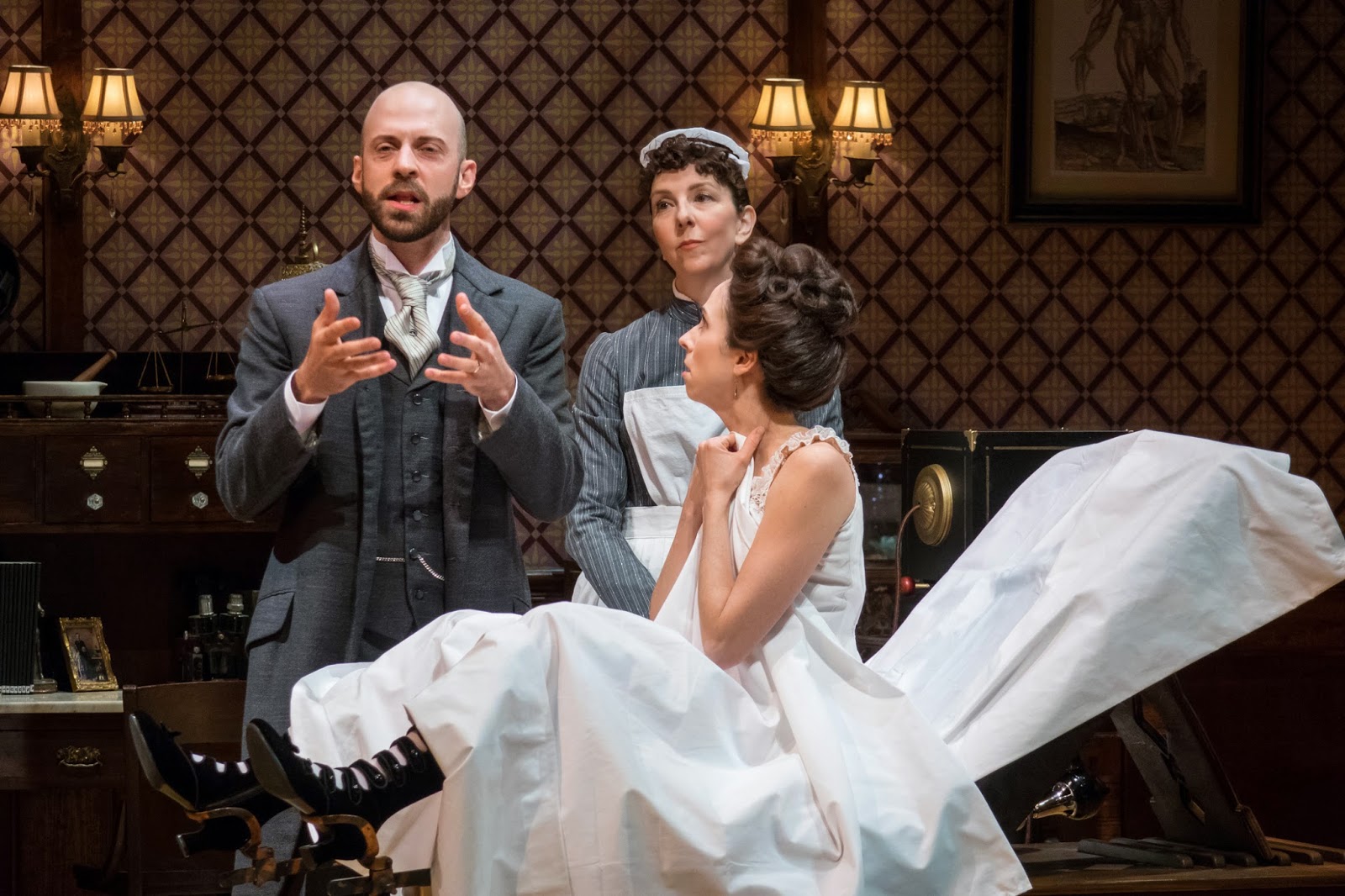 I usually shoot in large/finest Jpegs but I though I might need some extra finesse in noise reduction so this time I shot RAW which also freed me up to shoot in automatic white balance, thinking I would do my color corrections in post. I used the movable AF focusing protocol and selected "smallest" for the AF box.

S-AF for the mode. No weird modes like HDR or DRO engaged. But I did enable the Clear Image Zoom. High ISO noise reduction was not set as that menu item is grayed out in raw.

Here's what I found: The camera never failed to lock in quickly and accurately to the subject on the stage that I selected. The focus, unless the subjects were in deep shadow, was as quick as nearly every phase detection autofocus DSLR I've ever used and quicker than several camera from a few generations ago that were four to six times the price of the RX10. Sorry phase detection fans.

Here's the big news....The color the camera kept deciding on in AWB mode was, when I pulled the raw files into Lightroom 5.0, exactly like the color I was seeing on stage. Now remember, I've been fine tuning previous cameras with exact custom settings or exact kelvin settings in order to manage color but no other camera I have ever used for this kind of work ever got me so inside the ballpark before. After a while I just presumed that the files would be close enough to not need tweaking.

At 100% (the land of the pixelphilia) and at 1600 ISO the images have the mushy, painterly kind of appearance we've gotten used to seeing from high resolution, small pixel well cameras, including the Nikon d800 and the Sony a77 and Nex 7. The files at both 800 and 1600 are a little flatter (in contrast) and have softer detail than files at lower apertures. But this is only apparent at 100%. As soon as you pull back to 66% or 50% the entire image on the screen looks good. 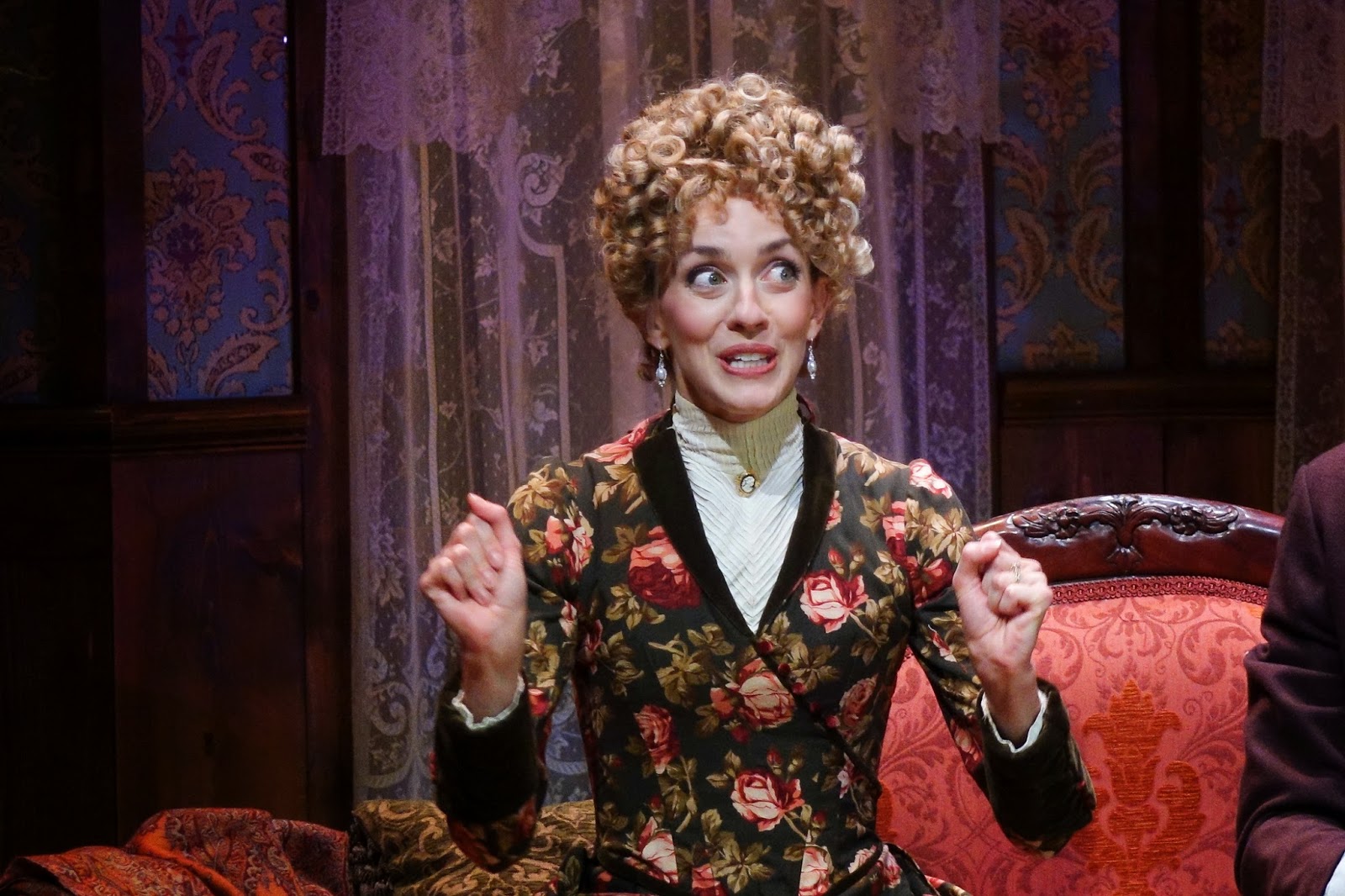 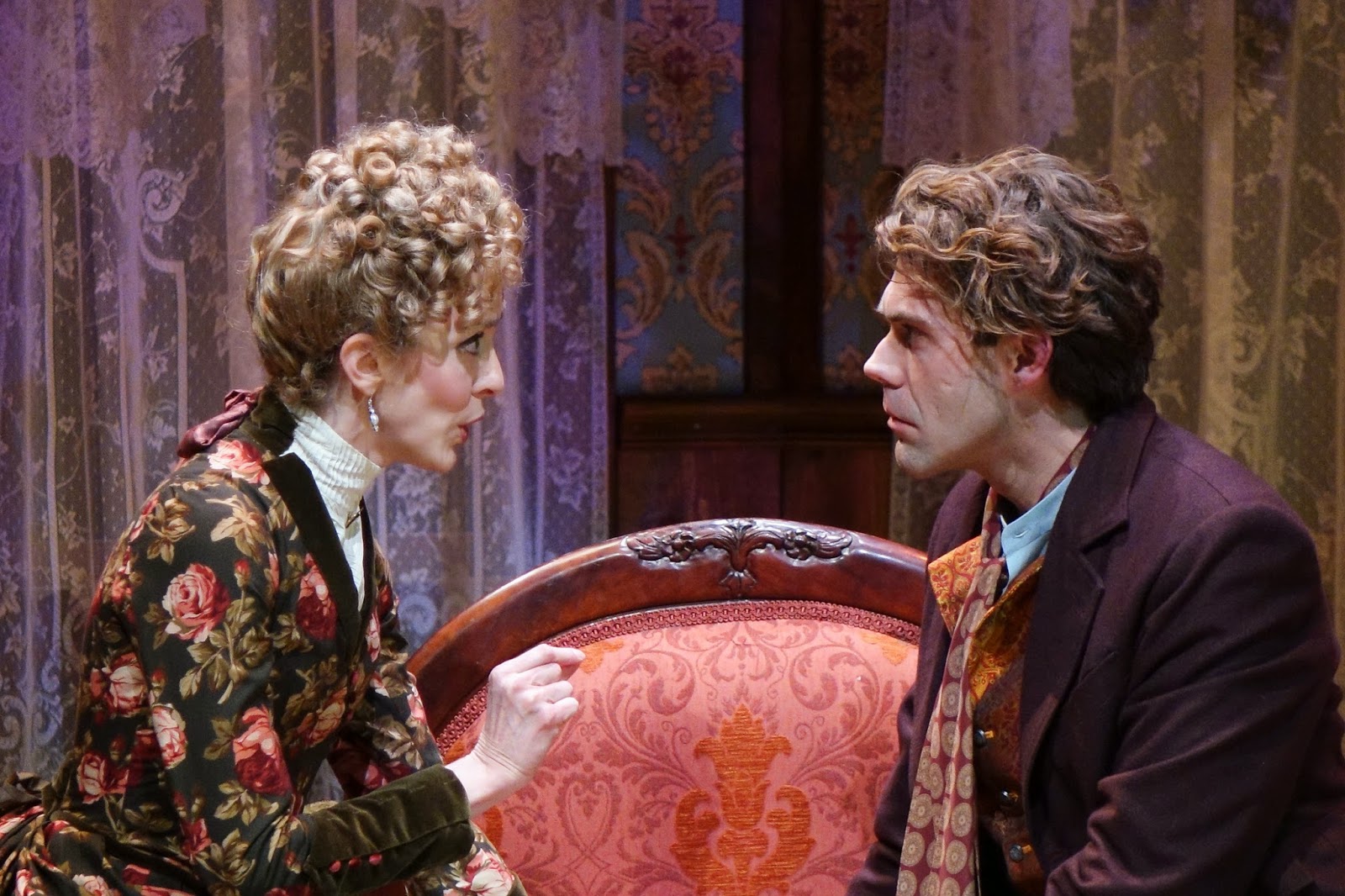 There's that pesky digital zoom again. But you know....sometimes you want to get close. 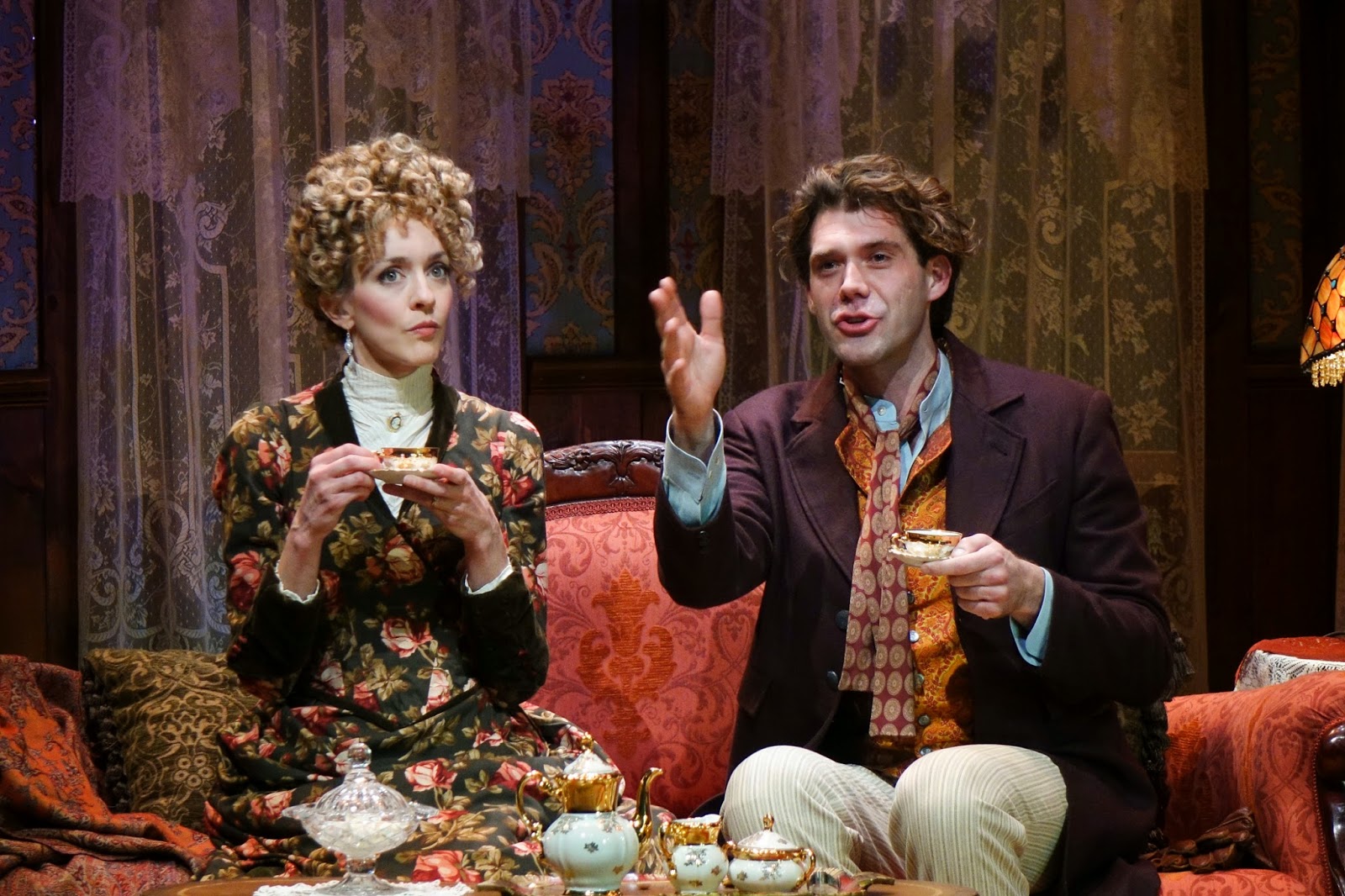 That's as close as I could get with the (handheld) 200mm equivalent. But I sure like the skin
tones and the detail.


I wanted the image to be a little contrastier so I used a slider setting of 10 in clarity. I went down to sharpening and pushed the amount slider to 70 and at 1.0.  Then I went one menu down and invoked a bit of noise reduction mostly in luminance but ramped up the detail slider a bit. Once done I applied these settings to all 972 files I'd shot. Then I went back through and did little exposure tweaks to groups of images.

While the files are not as good as my a99 they hand 1600 ISO better than the Sony Nex7 or the Sony a77 and I think that's also a big deal out of a camera at this price. But what really impressed me was the lens performance. This will sound heretical but I decided, given the pixel sizes and the sensor size, that the lens was probably diffraction limited wide open. All that means is that the lens is probably computed to be as good as it's going to get wide open. The next two stops might be better but probably not by much. I thought, "what the hell. Let's go wide open." Since I rarely needed more depth of field and I was generally trying to nail focus on the main actor or speaker I didn't have problems with areas going out of focus. On a couple of occasions I dived down to f4 but mostly out of curiosity. Hello sharpness.

The files out of Lightroom were done at their full pixel dimensions of 5472 by 3648. Most of the images will be used on the web or offered to magazines and other printed publications at a "press room" size of around 3000x2000 pixels so they'll be downsampled in half. If you print the images in a tabloid you'll still greatly exceed the print specs for any rational size use.

But wait, there's more. After pounding through 972 images over the course of two and a half hours of shooting via the EVF the first (and only) battery was still showing 23%. WTF???? I thought this camera was supposed to be a monster battery sucker and I thought the battery was supposed to be lame. Not in my experience. In fact, I should have mentioned that I got well over an hour and thirty minutes of "camera on" time when I helped my friend Chris shoot video on Saturday. I know what the specs say but they are based on focusing, shooting and refocusing while using a flash 50% of the time. Your mileage will definitely vary. 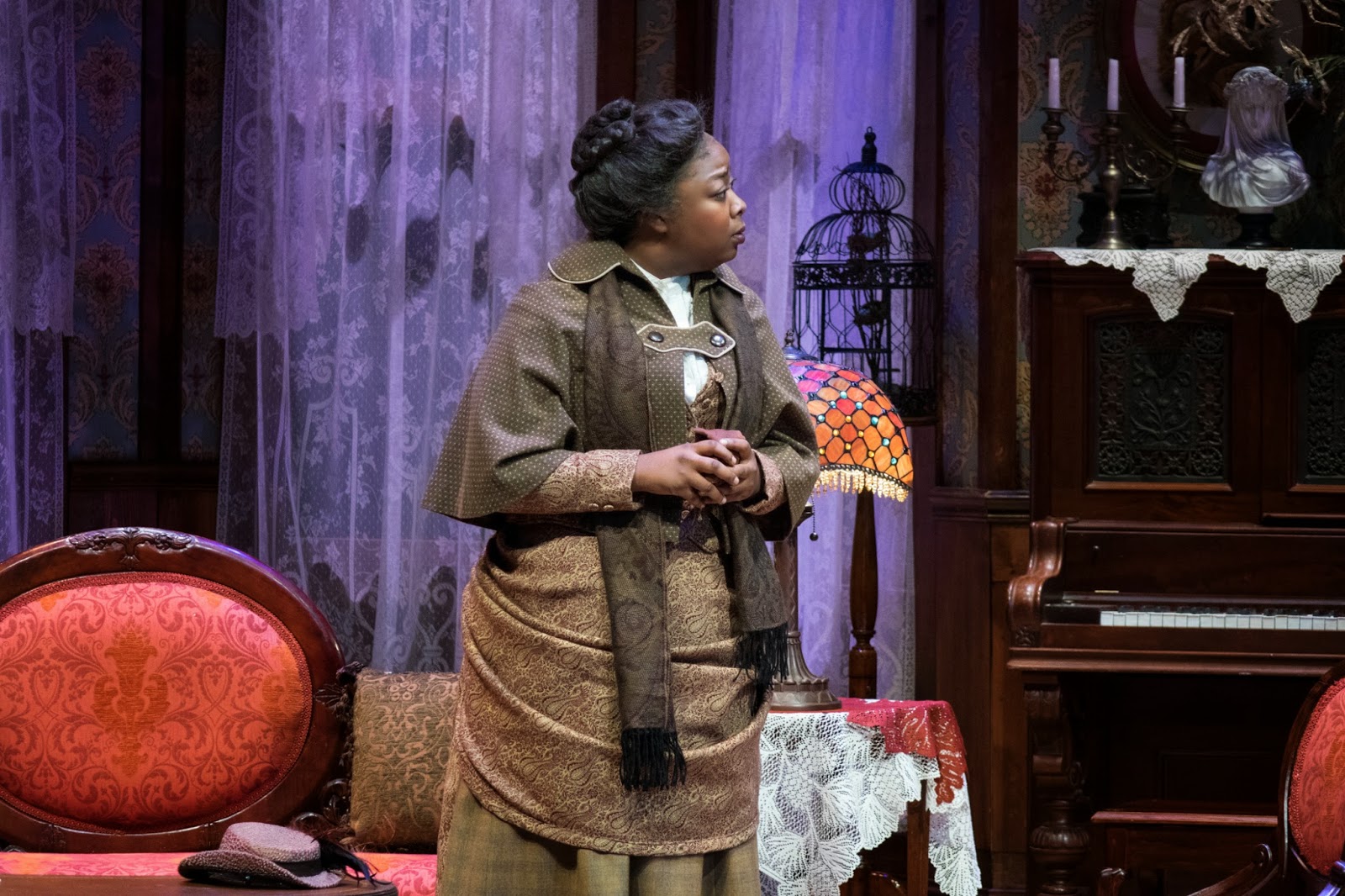 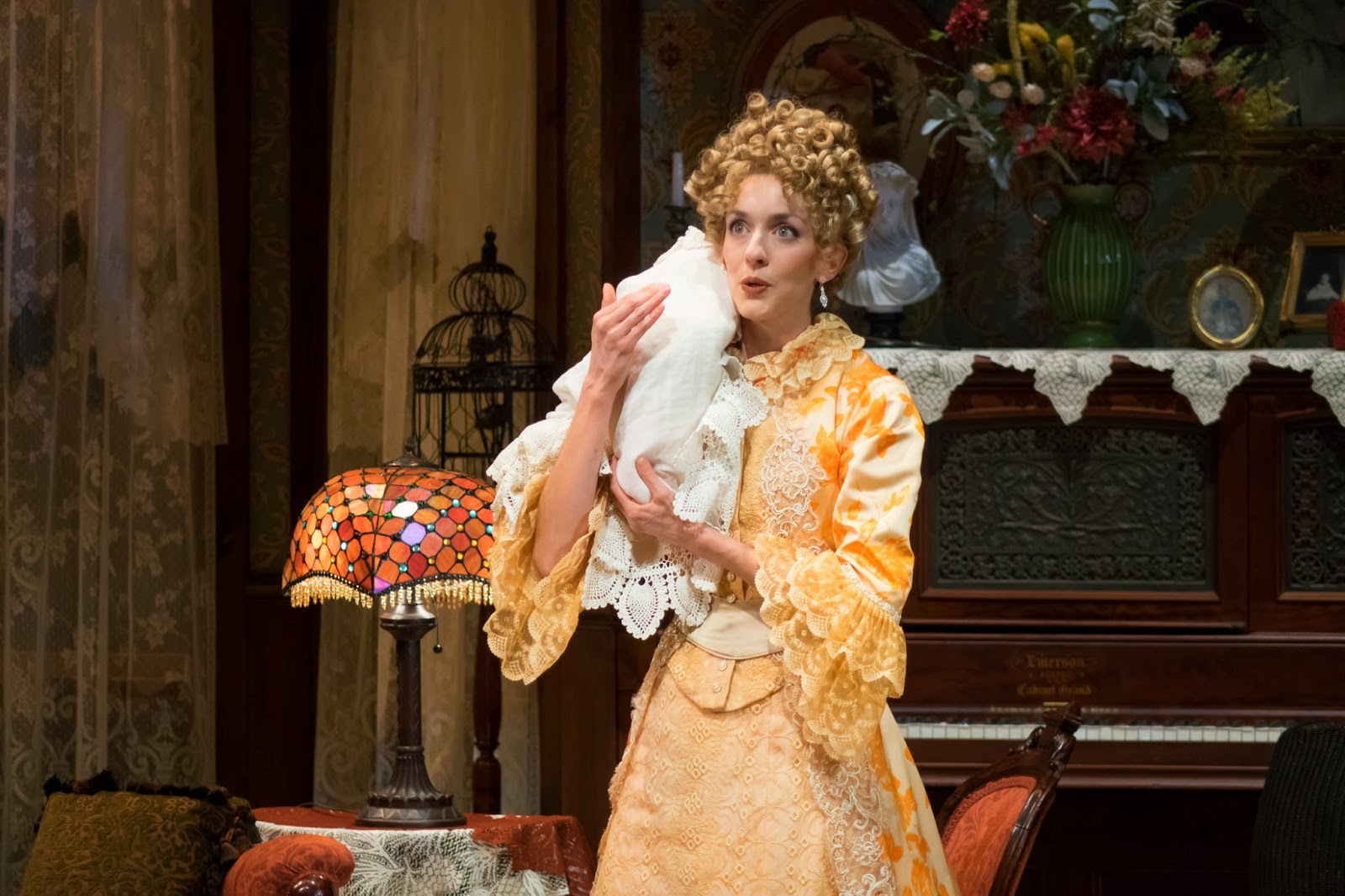 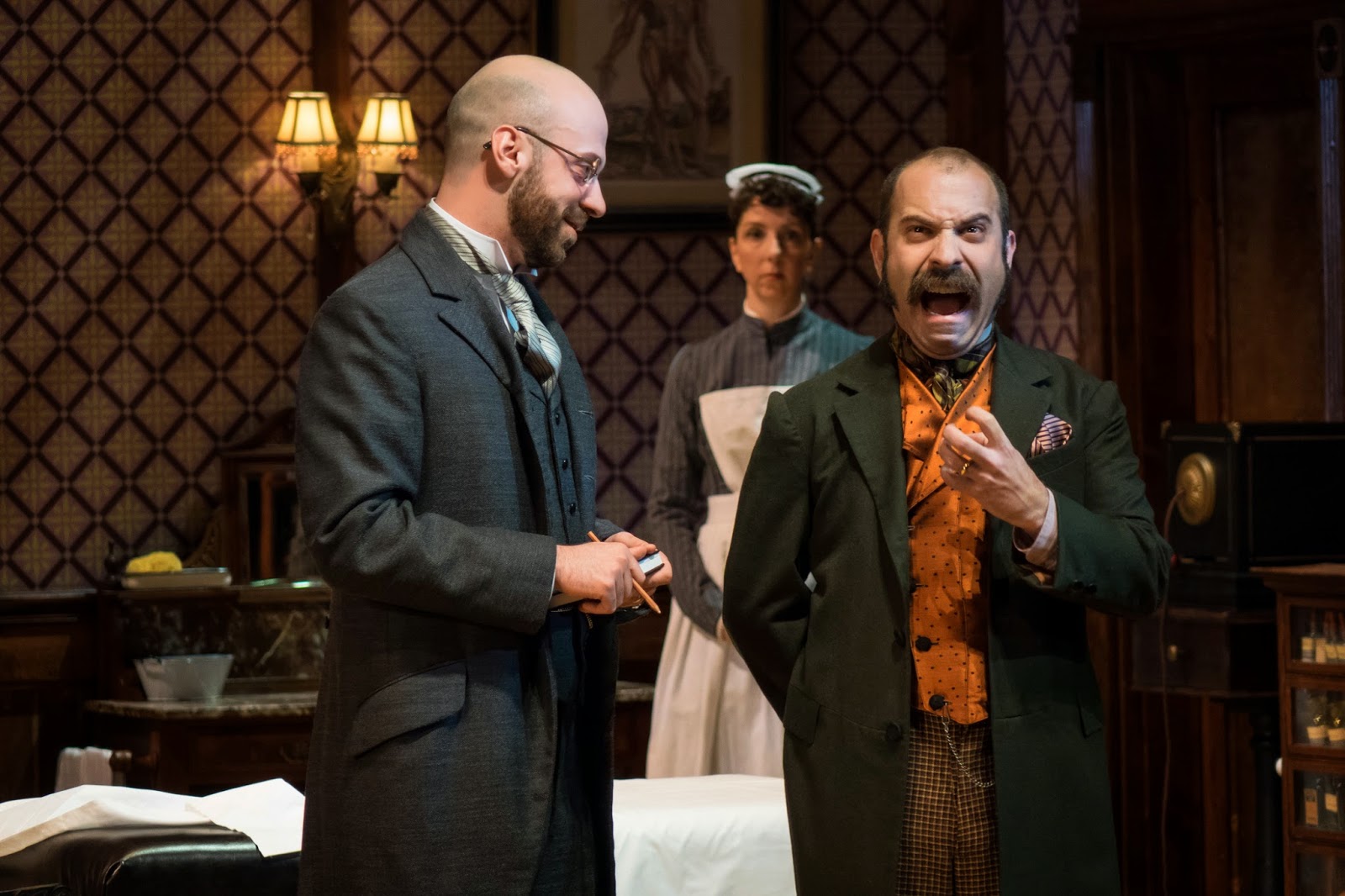 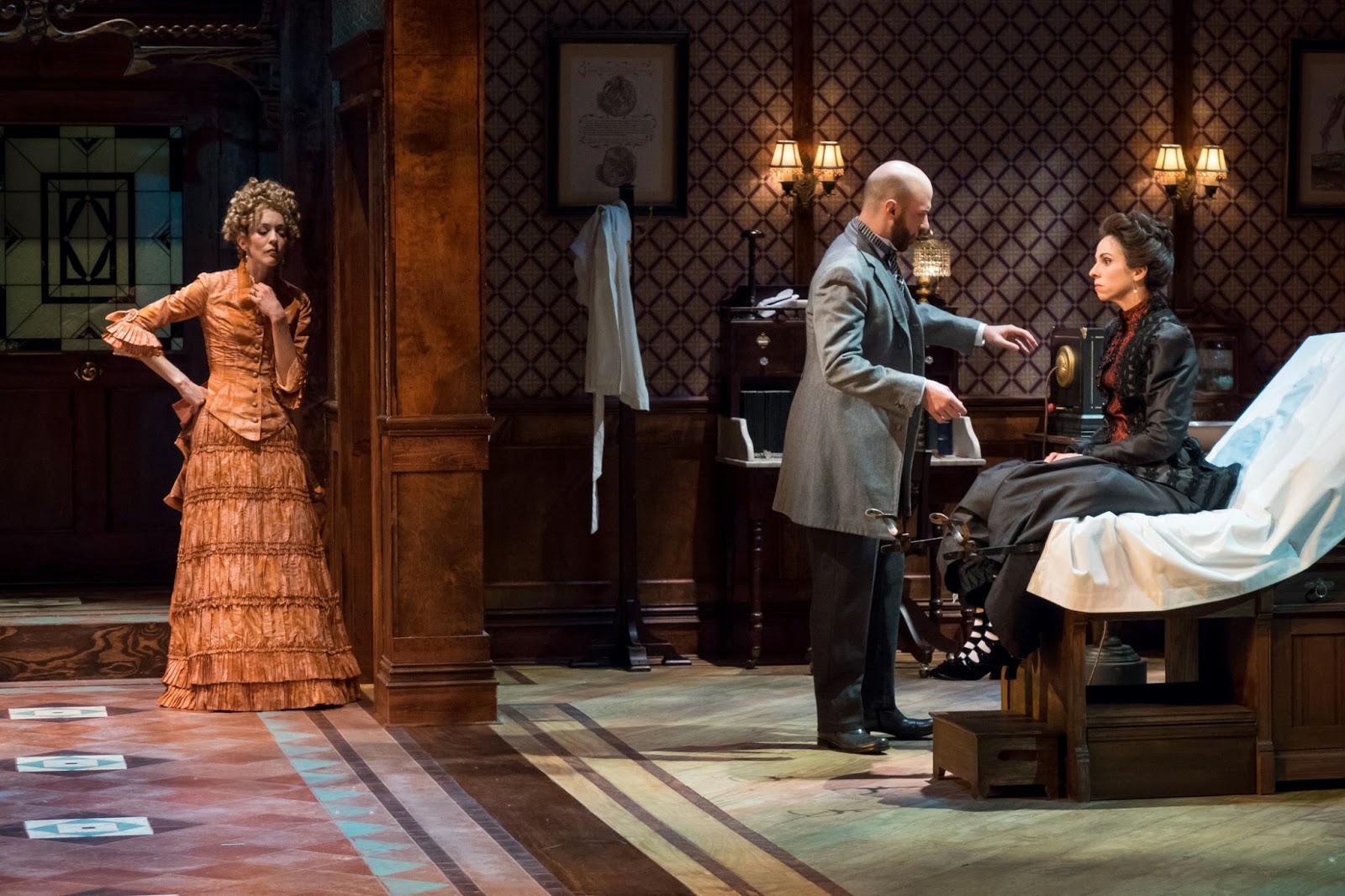 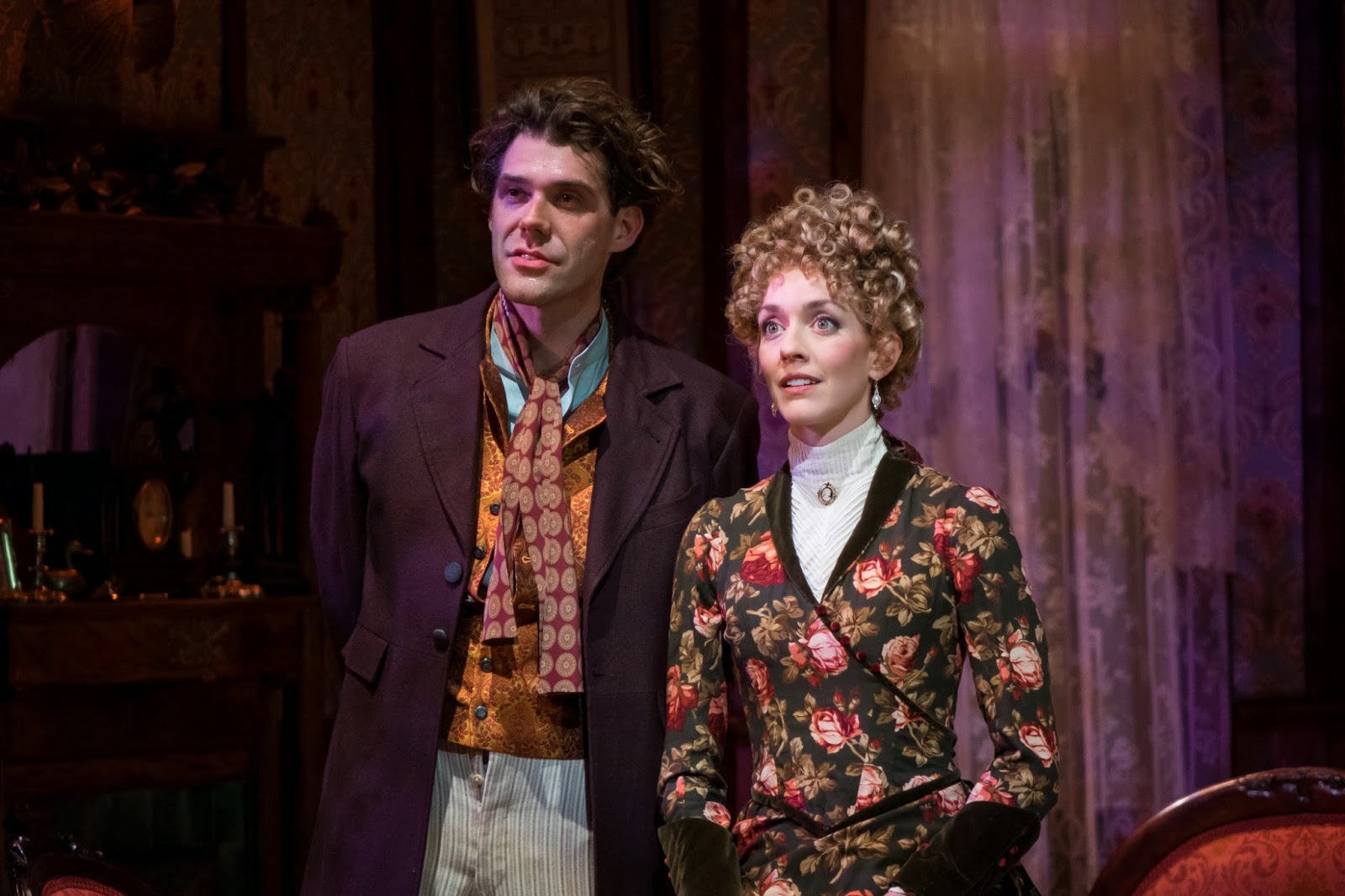 So what am I to think of all this? The perfect little video camera combined with a great still camera for theatrical work. Huh? Who would have guessed it? And who would have been crazy enough to test one under these conditions? Well, for that you can pretty much always count on the crazies here at VSL. We love that kind of thing.

My advice to you would be to avoid this camera at all costs. If no one buys it the prices will drop near Summer and our staff will be able to buy bucket loads of them for much lower prices. We'll use them for everything. Hell, what am I saying? I'm already using them for everything. I'll reconsider when I hit something that doesn't work. Don't hold your breath. 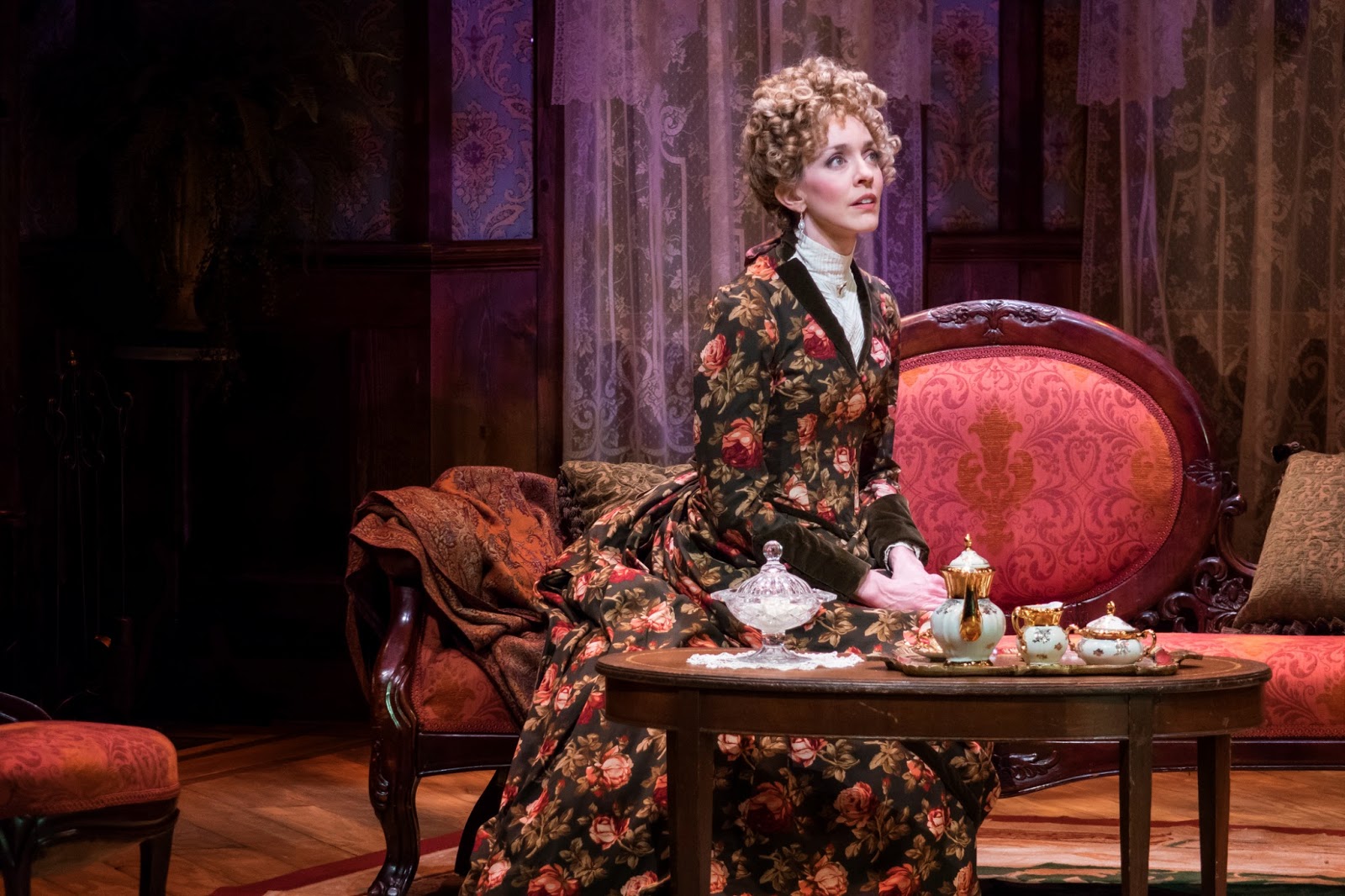 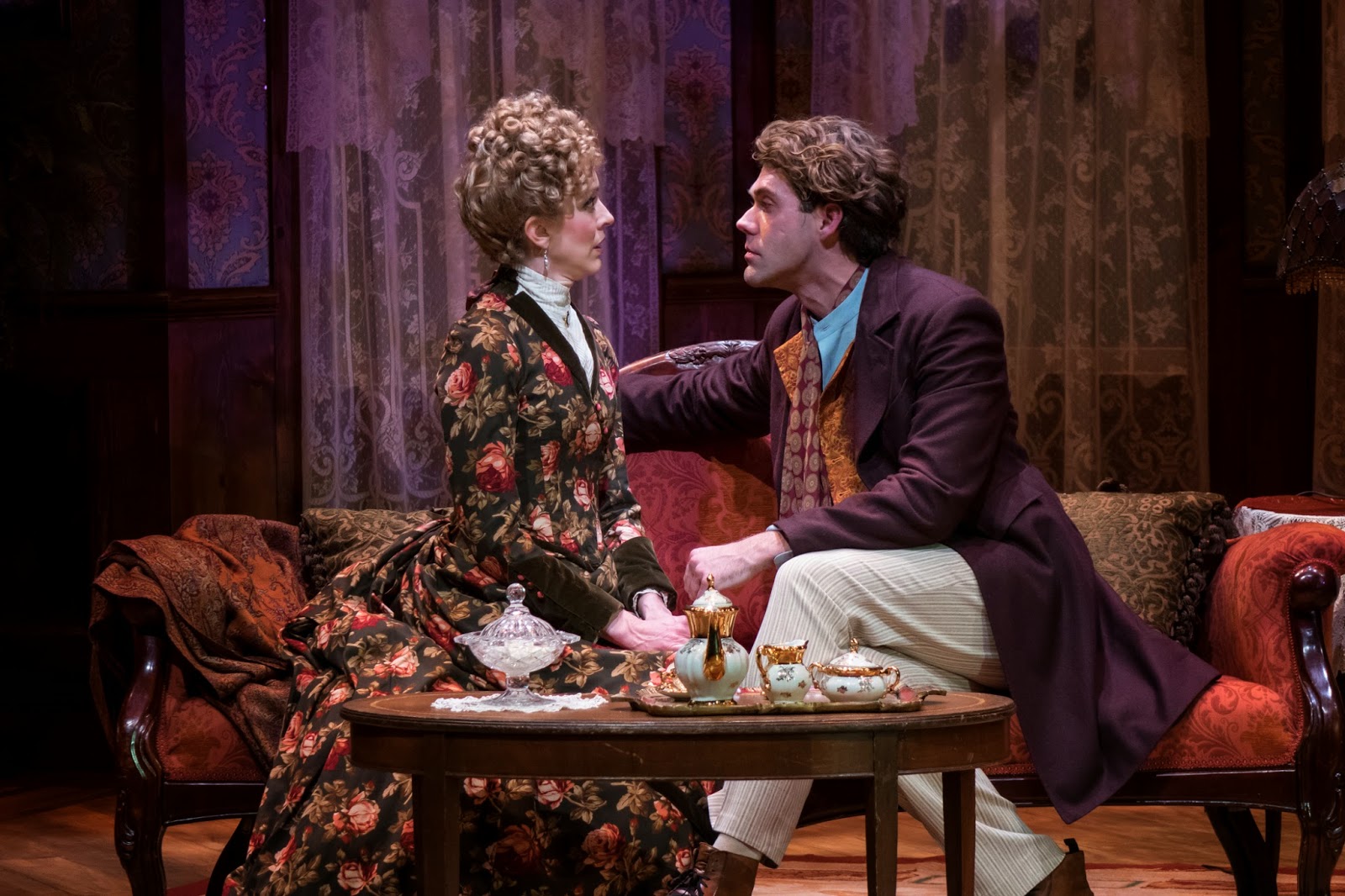 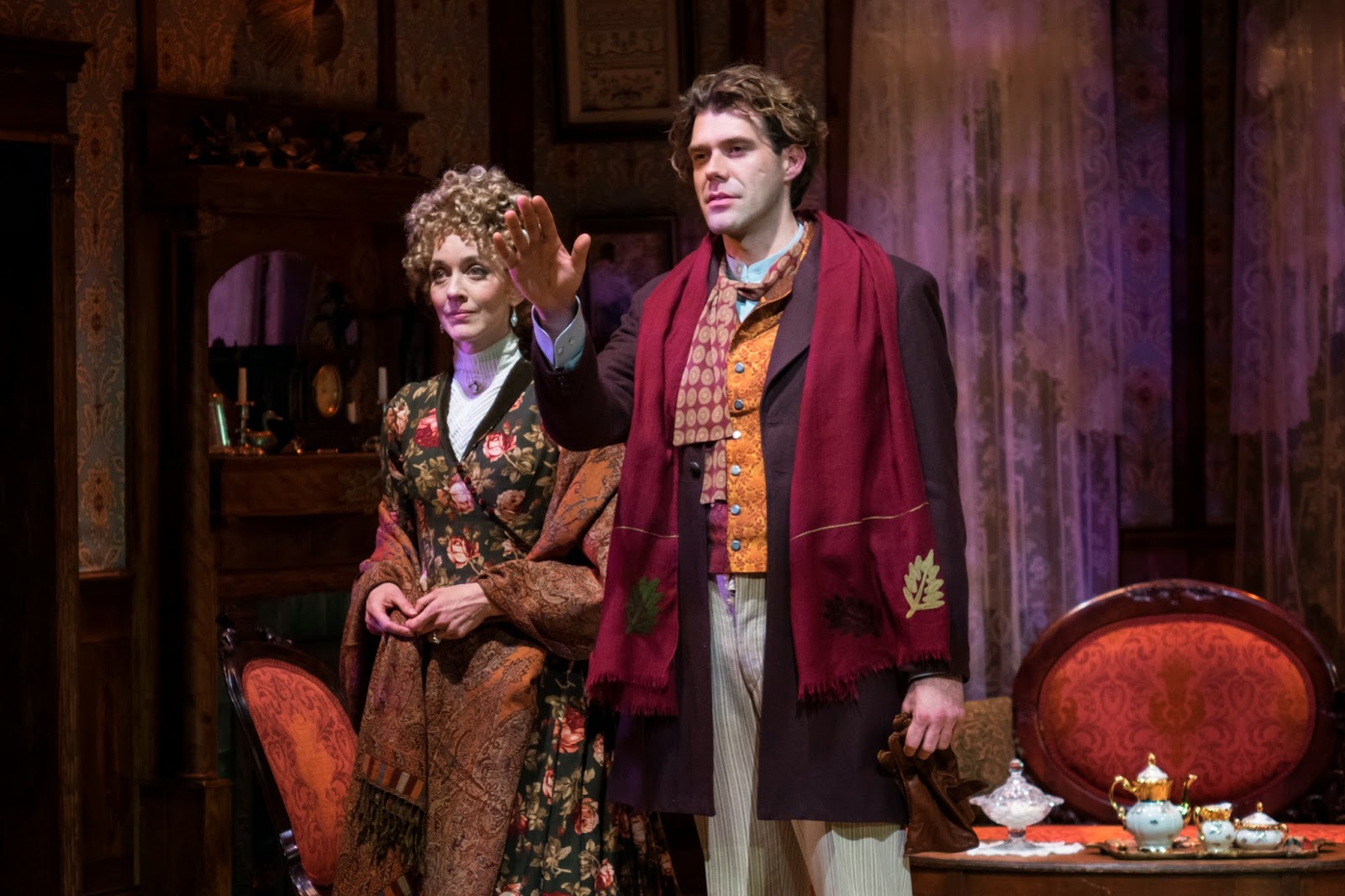 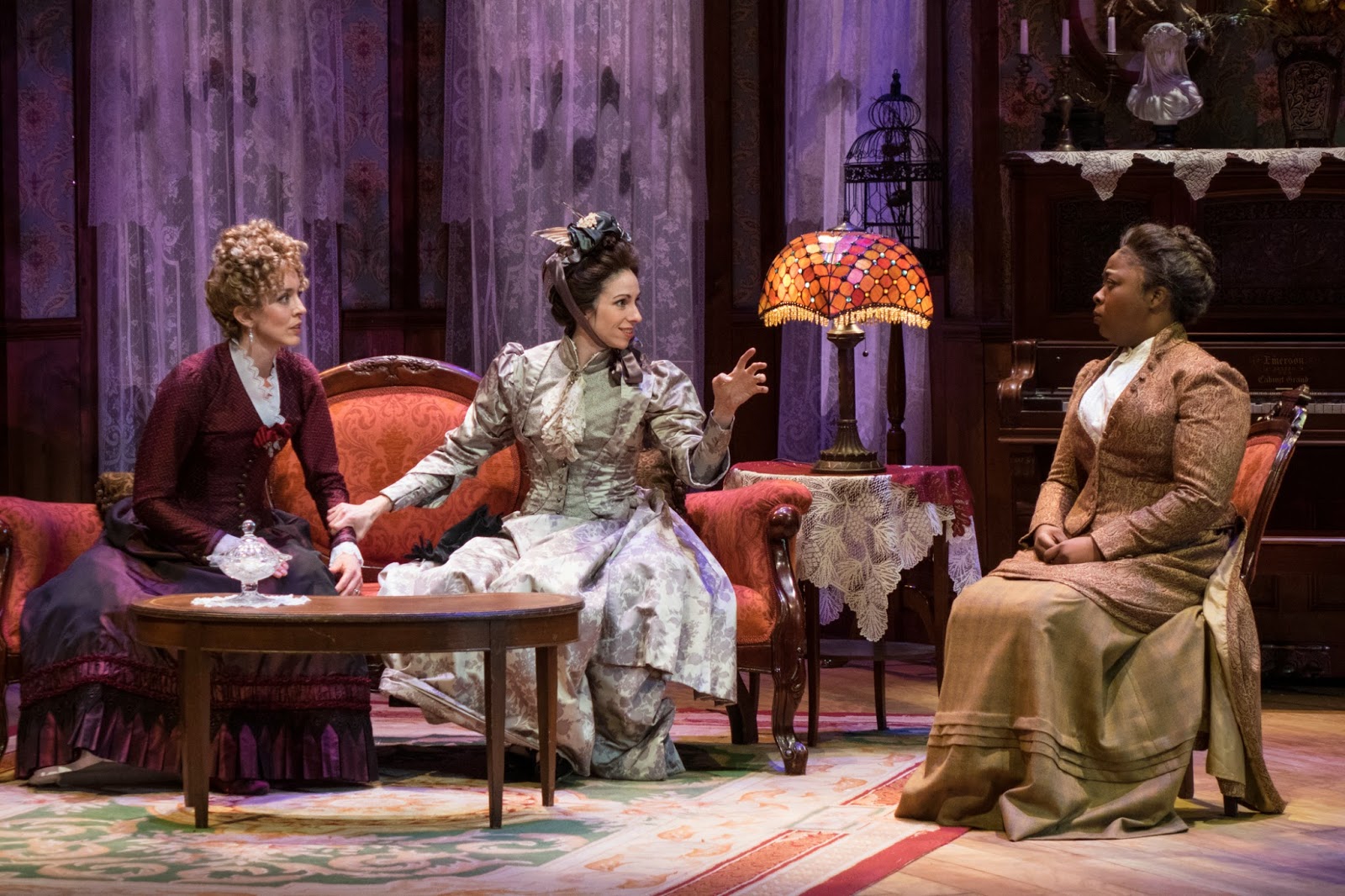 in other news: Belinda and I finished working on, The Lisbon Portfolio. The photo/action novel I started back in 2002. I humbly think it is the perfect Summer vacation read. And the perfect, "oh crap, I have to fly across the country" read. It's in a Kindle version right now at Amazon. The Lisbon Portfolio. Action. Adventure. Photography.  See how our hero, Henry White, blows up a Range Rover with a Leica rangefinder.....


Remember, you can download the free Kindle Reader app for just about any table or OS out there....

Posted by Kirk, Photographer/Writer at 21:38 24 comments: