So what did Kirk Tuck do about the GH4 imbroglio? Did he buy the damn camera or not? 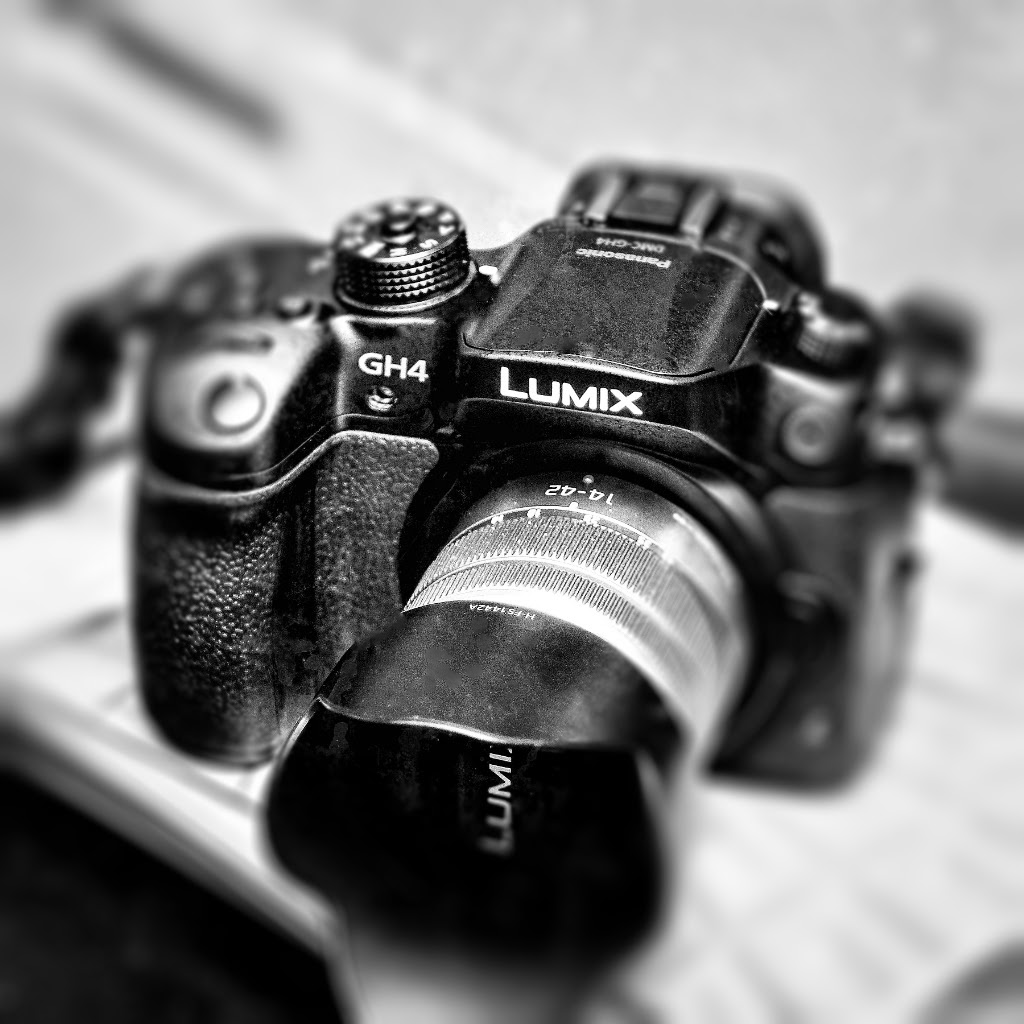 It was all very anti-climatic. I spent the day doing routine things. I went to swim practice. I painted the door of my studio with two coats of semi-gloss, fire engine red paint. I ate lunch. I read some Ferlinghetti poems. And some Wallace Stevens poems. I went for a walk with loyal Studio Dog.

And while I was out walking with Studio Dog I asked her, in a very sincere way, "Should I buy the Panasonic GH4?" She gave me that nonjudgmental dog look and proceeded to look for some deer poop to eat. Then she barked in a kind of affirmative way and I took that as a sign that a GH4 purchase might be sensible. Even wise.

But it was the e-mail from a recent client letting me know that our video project was successful and that she was lining up people on San Antonio for us to interview for a new video project that made me feel comfortable getting in the car and meandering up Texas Loop One toward the hallowed halls of Precision Camera (where, incidentally, they have three "up for grabs" GH4's as of this evening....)
where I was met by sales associate, Ian, who held in his hot little hands a glorious black box with a GH4 in it. I was going to play hardball and make him work for the sale but we both knew I wanted it and there seemed little point in beating around the bush. I bought the camera.

But, since Precision Camera is a full service store I did ask him to put the strap on for me, set the date on the camera and otherwise touch the camera to give it good joss.

At first blush, with not video project at hand, it's all a bit disappointing since the GH4 is almost exactly like a GH3 and there is no magic thing that makes me breathe a little quicker or induce a temporary flush of visceral excitement. It is, for all intents and purposes, just another GH3 with a different model name emblazoned on the front.

Did any of you think for a moment that I wasn't going to rush out, salivating like Pavlov's dog at the very thought of being among the first to acquire a GH4?  I plan on taking it and a yet to be determined lens to Eeyore's Birthday Party tomorrow. On monday the rolling review will begin.

The battery is charging but I already have a pre-charged battery in the camera for testing and fun.

For the curious: I kept both of the GH3s. They are so sweet and so competent I couldn't bear to let them go. The more the merrier. Especially when the dials, buttons and menus pretty much match.

Posted by Kirk, Photographer/Writer at 21:00 15 comments:

If you could take a workshop (or just have dinner) with any one photographer,

living or deceased, who would you pick and why?

Not a hard decision for me. I believe that Richard Avedon was the second most influential photographer of the entire 20th century and, as far as being an engaging and intellectually stimulating dinner companion I have not doubt he would rank first above all the rest.

But variety is the spice of life (and how we learn to like new things) so I'm interested to hear from the VSL readers about their choices. The rules: Choose one photographer only (but you can include other names as you describe your selection process), no dissing other people's choices (especially mine----) and let's try not to go for the most obscure choices possible---it would be nice to be able to search the web for your choice's work and enjoy it. Links are encouraged.

Thanks to Frank for asking me this question over coffee on Weds. It's been rattling around in my brain ever since.

Posted by Kirk, Photographer/Writer at 10:45 89 comments:

In a break from our endless salivating over new and improved cameras, a reminder... 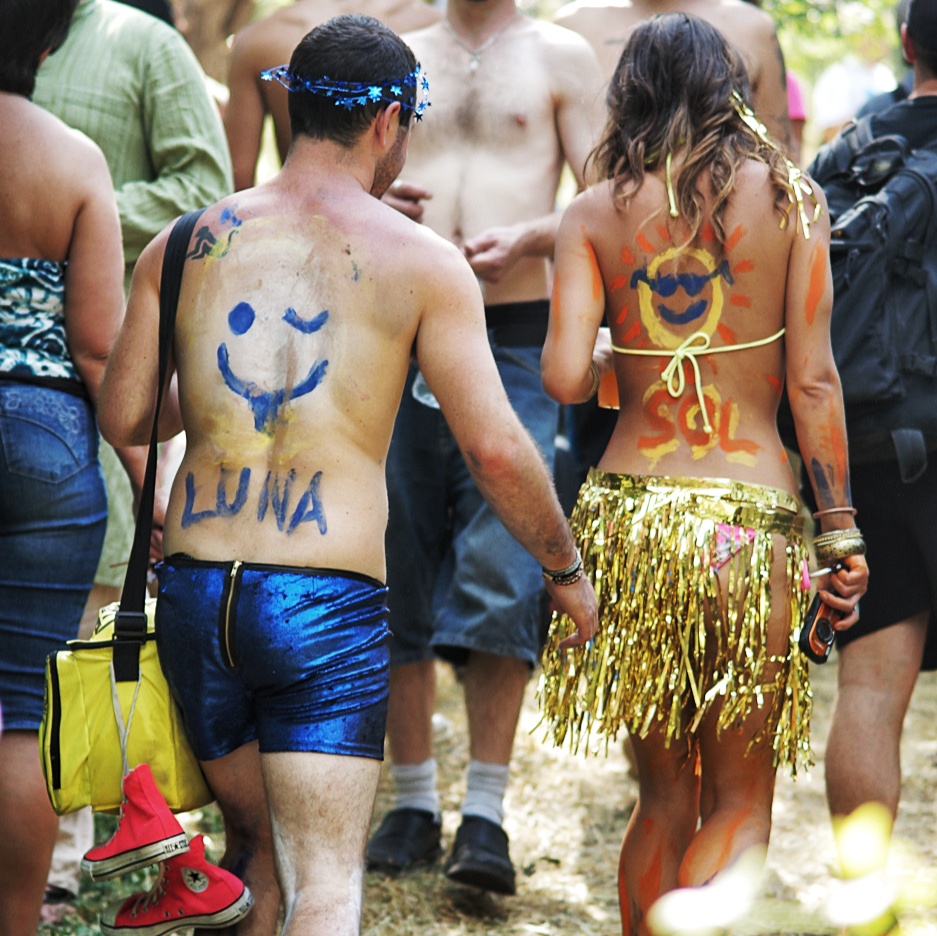 Tomorrow, April, 26th, is the annual Eeyore's Birthday Party at Pease Park. The last, mass, non-greedy, non-corporate event left in Austin. All beverage and food purchases go directly to Austin non-profits and charities. There's no cost for admission. Everyone is equally welcome. There are no Gold Badges, no Platinum Wrist Bands, no air conditioned V.I.P. tents. No golf carts for people with stiletto heels.  No pecking order other than the originality and magnificence of your costume! If you are in Austin get on your bike and head over to Pease Park for a loud (but not too loud!!!), peaceful, mellow, happy old Austin experience.

And if you are coming to take photographs please consider not wearing the stupid photographer's vest, bringing a huge bag with every camera and lens you own and generally acting like a perv.

John, who has been photographing and participating in the festival for years and years came last year bare-chested, painted, with a hula skirt and one film Leica with one perfect lens. There's your roll model.

Watch out for the hill. There are so many people smoking pot up there that you'll get high just walking through. Wear your sunscreen. Take a hat. Drink your water. The weather report is indicating 90 degrees in the afternoon and were not fully acclimated yet after our admirably cold winter.

My camera? It's either going to be the Sony RX10 or the Sony RX10. The real question might be, "which microphone?"

Posted by Kirk, Photographer/Writer at 09:48 6 comments: