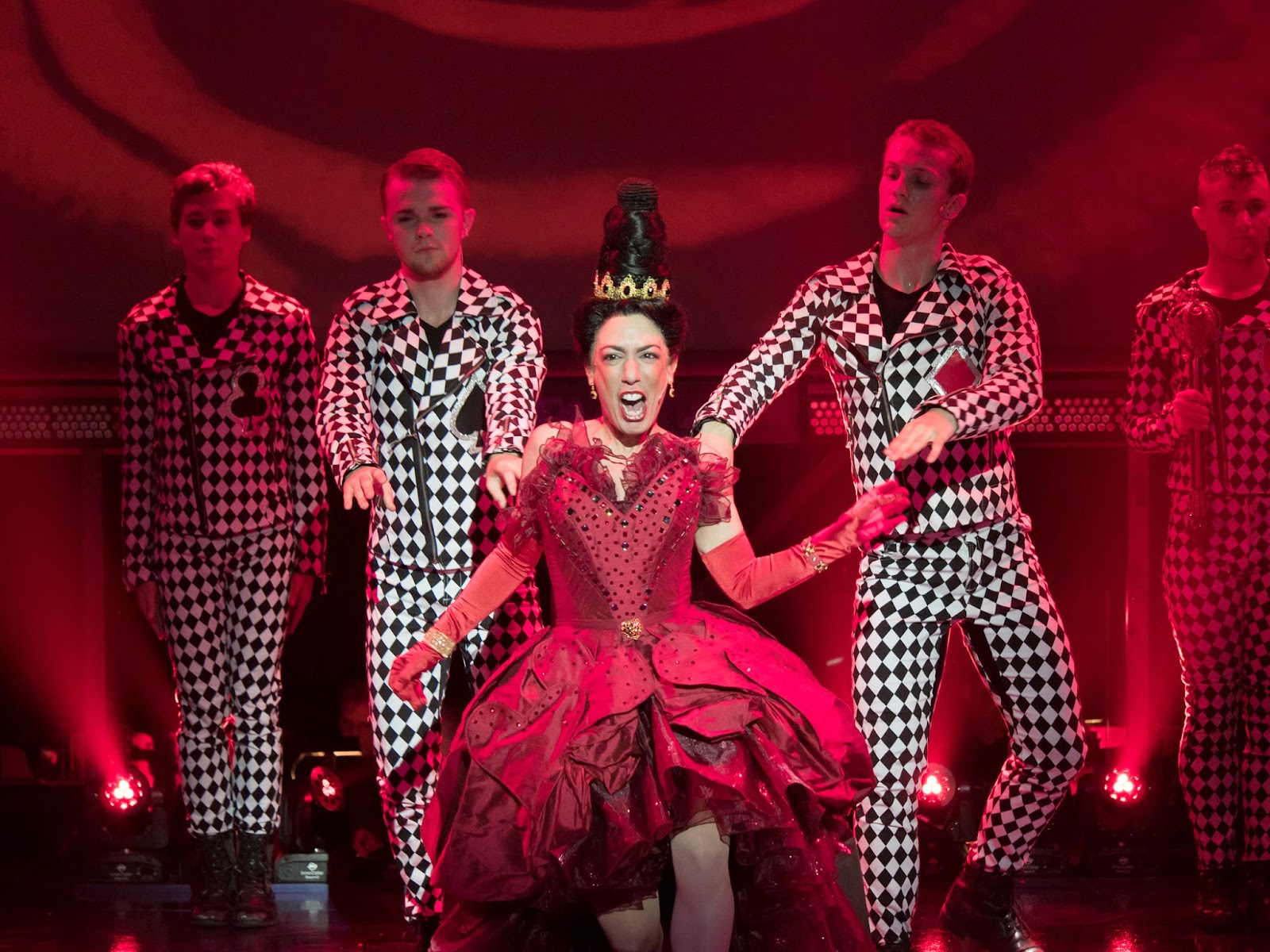 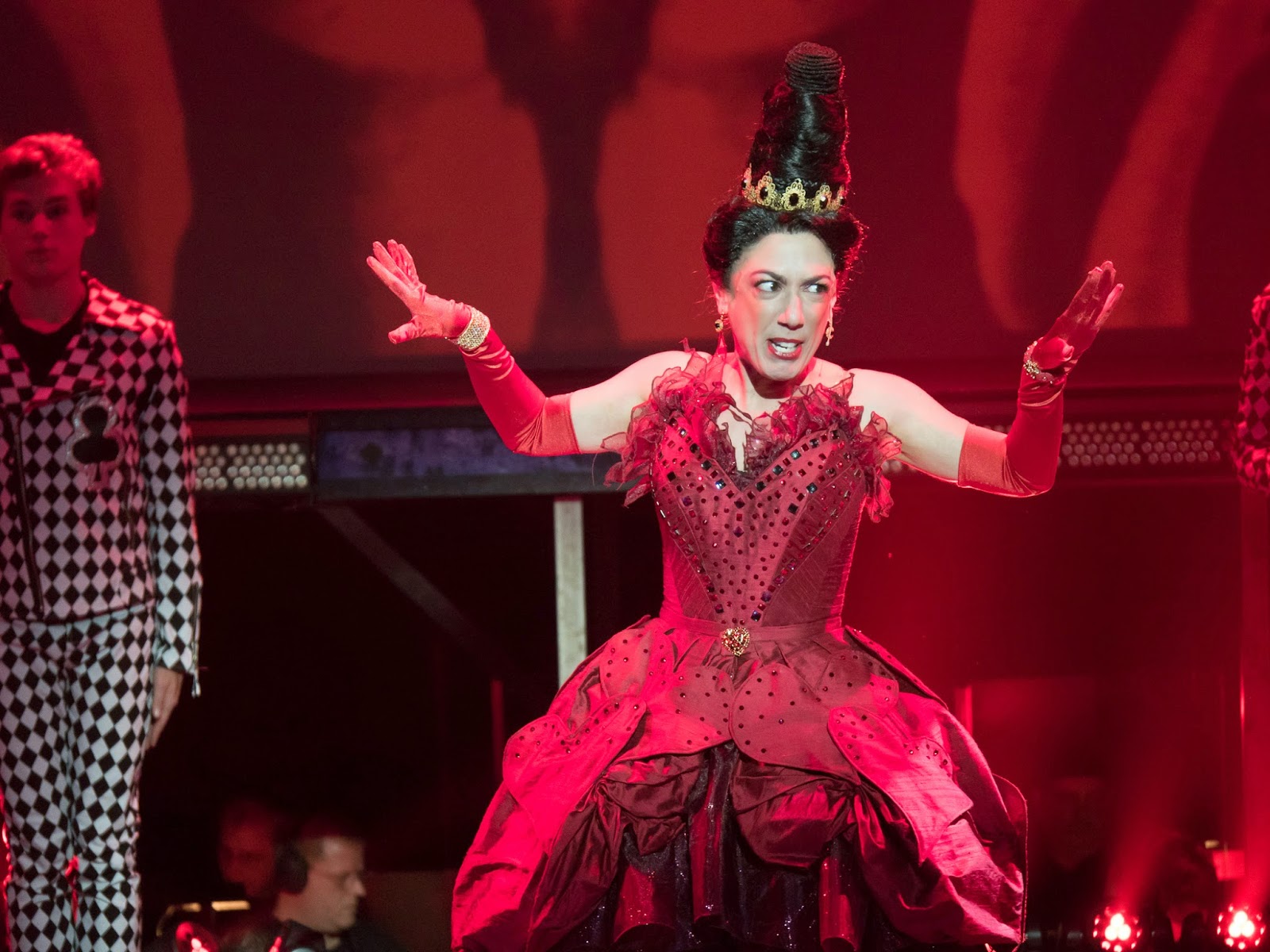 I know I probably shoot too much but big, splashy, fun theater productions have so many things going on that you could shoot thousands of images and not scratch the surface. I was back at the theater last night with three cameras in tow. I had the Panasonic GH4 with the 35-100mm f2.8 X lens, a Panasonic GH3 sporting the 12-35mm f2.8 X lens and the nnew-ish (to me) Olympus EM-5 which cycled between two lenses, the Olympus Pen F 40mm f1.4 and the 60mm f1.5. Right off the bat I'll tell you that I had more fun shooting on Sunday because I had time to really play around with the 150mm f4 Olympus PenF lens and I feel like I was starting to get some really great images with the combination of that lens and the EM-5 body.

I recently took myself to task for shooting in much too cavalier a fashion. I've been defaulting to Jpegs any time I have to shoot a lot of images for a project on the premise that shooting raw would be too constricting and the output would take up too much disk space. I rationalized that, for most web based applications even Jpegs would be overkill. But then I did some comparisons and found that even with a modicum of extra effort I really can squeeze a better file out of a raw file. So I chastened myself severely and got with the raw program. It was such a dumb-ass move to make right before a high volume, dress rehearsal shoot for the folks at Zach Theatre...

Between the three cameras, the great music at Tommy, the incredible stage designs and the choreography I ended up shooting about 1500 images. Now, that's not as crazy as it sounds. I know that the rest of you have the uncanny ability to decide that this moment, right here, right now, this particular expression will be the ultimate one in a scene. You wait like a scorpion with your tail raised and somehow you know just when all the elements come together and then you strike! I'm sure it's a thing of beauty. How you know with certainty that the moment you've captured is the ultimate one is beyond my mortal ken. How you keep your finger off the shutter release for all the subsequent expressions, dance moves, light changes and combinations of actors is beyond my understanding. I am not even worthy to operate with the same tools as thou.....

But the pedestrian way that I shoot events is more lumbering and cautious. I try to grab good looking moments early (in case they are all that's on offer) and then keep them as safeties as I keep looking for the better and better shots. And I'll tell you a dirty little secret: I don't know how to create a hierarchy of value when it comes to emotional expressions or an exchange of expressions between two actors. Is this expression better than that one? How can I know if the marketing people will have a different of ideas of what constitutes "good" than I my set? Etc. Etc. And it's good to remember that the changing body positions and expressions are all happening while lights are changing intensity and color and moving, and while other actors move through the space, shifting the visual balance.

So, I thought I was doing well to get away with only 1500 total images. Which I valiantly edited down to 1379 images. I felt duty bound to delete images in which the principal actors had their eyes closed or those rare circumstances (gulp!) where I actually missed focus. There were, at most eight or ten variations in some scenes and as a few as two or three shots in others.

Last night I got home after the show and loaded all the raw files onto a fast 7200 rpm, firewire 800 hard drive and went to bed with the computer happily building image profiles in Lightroom 5.5. After swim practice and breakfast this morning I sat down at the computer and began the edit process. I was very happy to be able to apply just the right noise reduction to all the files at the very beginning. I found a formula that banished the (not unpleasant) tiny black dots that show up at 100% when shooting at ISO 1600. Wanna know a terrible secret? The raw files from the GH cameras and the EM-5 showed pretty much exactly the same kind and amount of noise and they all responded to the same basic noise reduction settings! That magnificent Oly color and low noise? Shared almost exactly with the Panasonic when you take time to process each to their optimum end.

But here's where the trouble started. I edited every image or group of images and then I set up the export menu and hit the button to begin batch processing the files. The progress bar looked like it was going in 10X slow motion. I looked in the "finished" folder, did a little calculation and was shocked to find that the computer I was working on would take the better part of 3.45 hours to complete the task. To output the files I needed to deliver.  This was a problem because the day after the dress rehearsal is the day the marketing crew wants to sit down and plow through the images, make their selections and get digital press packets out to the media all over the place. We usually deliver images around 11:00 or, at the latest, noon.

Well, there was no button on the computer for "faster" so let it roll while I ran errands, got lunch and then came back just as the last eight files fell into place. Now the job is done but I'm left with four future options: Shoot less, Stay up all night processing, get a much faster computer, or go back to shooting large, fine Jpegs. The problem is that once you step up the quality it's hard to regress. The next problem is that I don't want to be groggy for my swim so I'm not staying up all night.  The "shooting less" thing is silly because it limits my options. Guess it's time for a new computer.

This is the downside of assignment photography; it's always easier than it should be to justify new gear...but really, it's time to retire my blueberry ibook and try something made in this century.

(to my literal minded readers: The reference to the blueberry ibook is a joke. I own one but I have newer machines that we actually use...).
Posted by Kirk, Photographer/Writer at 15:07 12 comments: