While not earth shattering news, it's fun to see that one of my favorite lens makers, Samyang, is bringing two versions of the 135mm f2.0 lens to market. 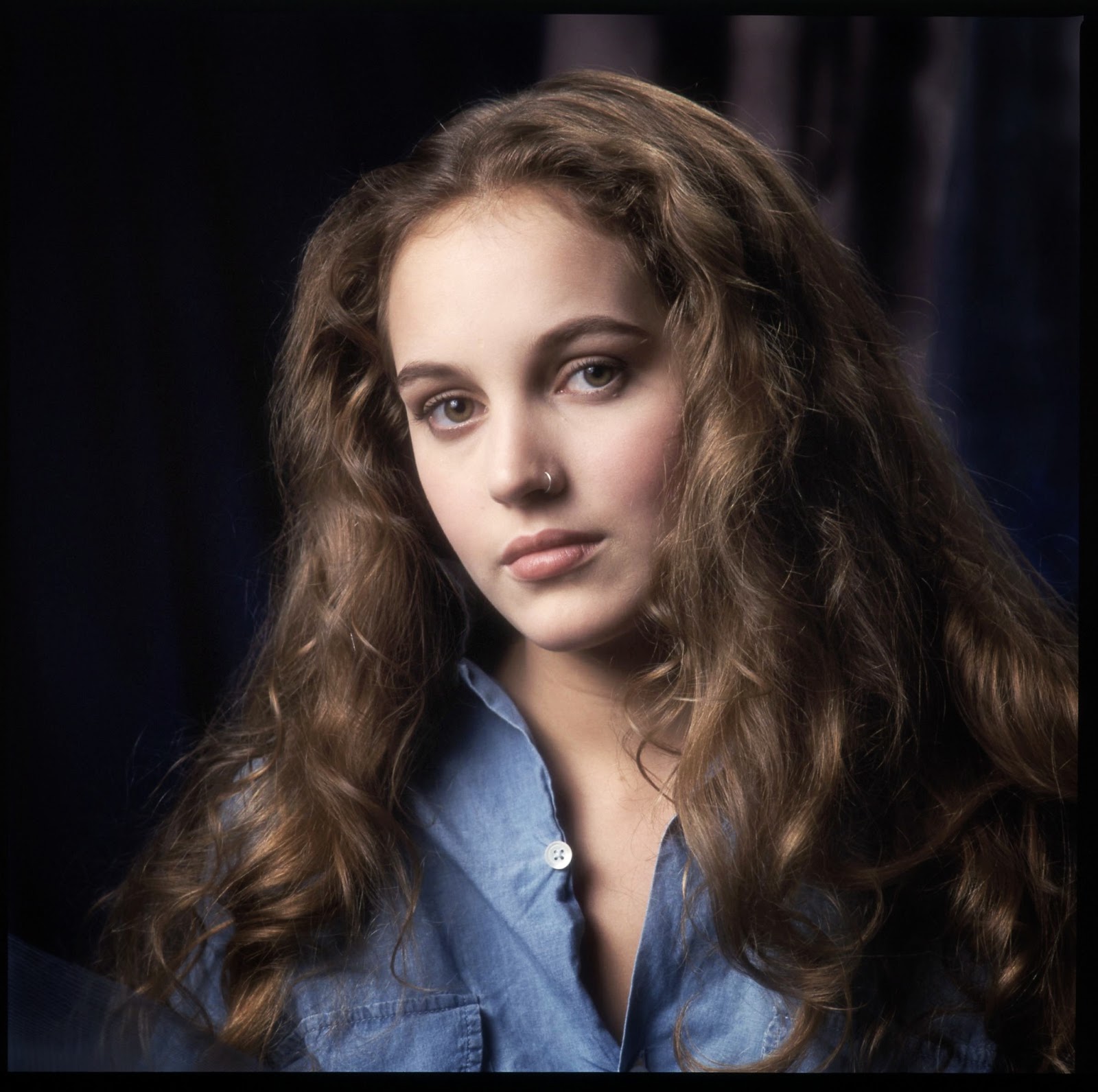 I couldn't find an official image of the new lens so I am using this photograph of
Lou as a place holder. It's not retouched or "PhotoShopped."
It wasn't done with a 135mm lens, it's a 250mm lens
but it's on a medium format camera so the angle of
view is close.

I was happy to read in my Google+ feed, a comment from VSL reader and web friend, Mohammad Shafik, who let me know that Samyang (aka: Rokinon, Bower, etc.) has announced the introduction of yet another in their series of quirky but serious manual focus lenses. This one is a 135mm f2.0 lens that features a more complex optical formula than similar lenses from past decades. It is being released in both a photographic style with a large, comfortable focusing ring, and in a "Cine" style with geared focus and aperture rings that can mesh with follow focus mechanisms for----cine use.

I am a big fan of many of the Samyang lens creations, having owned some of their more popular lenses (the 85mm) more than once. While the 135mm focal length is a bit long for m4:3 and APS-C users for most portrait use (especially in the studio) it's a nice and classic focal length for full frame shooters.

When I was a beginner photographer I spent time with a fixed lens camera. It had a 40mm lens on the front of it and shot 35mm film. I "graduated" to an interchangeable lens SLR and for nearly a year the only lens I had for it was the 50mm f1.8 lens that came with the camera at the time of purchase. Once I saved up enough money the very first lens I wanted (and could afford) was a used Vivitar 135mm f2.8 lens. I thought I was in heaven. It was so much fun to compress distance and decimate backgrounds into blurry soup. I used the lens for a long time and took many images that I still like with it.  All the images below are from that lens and some old camera. 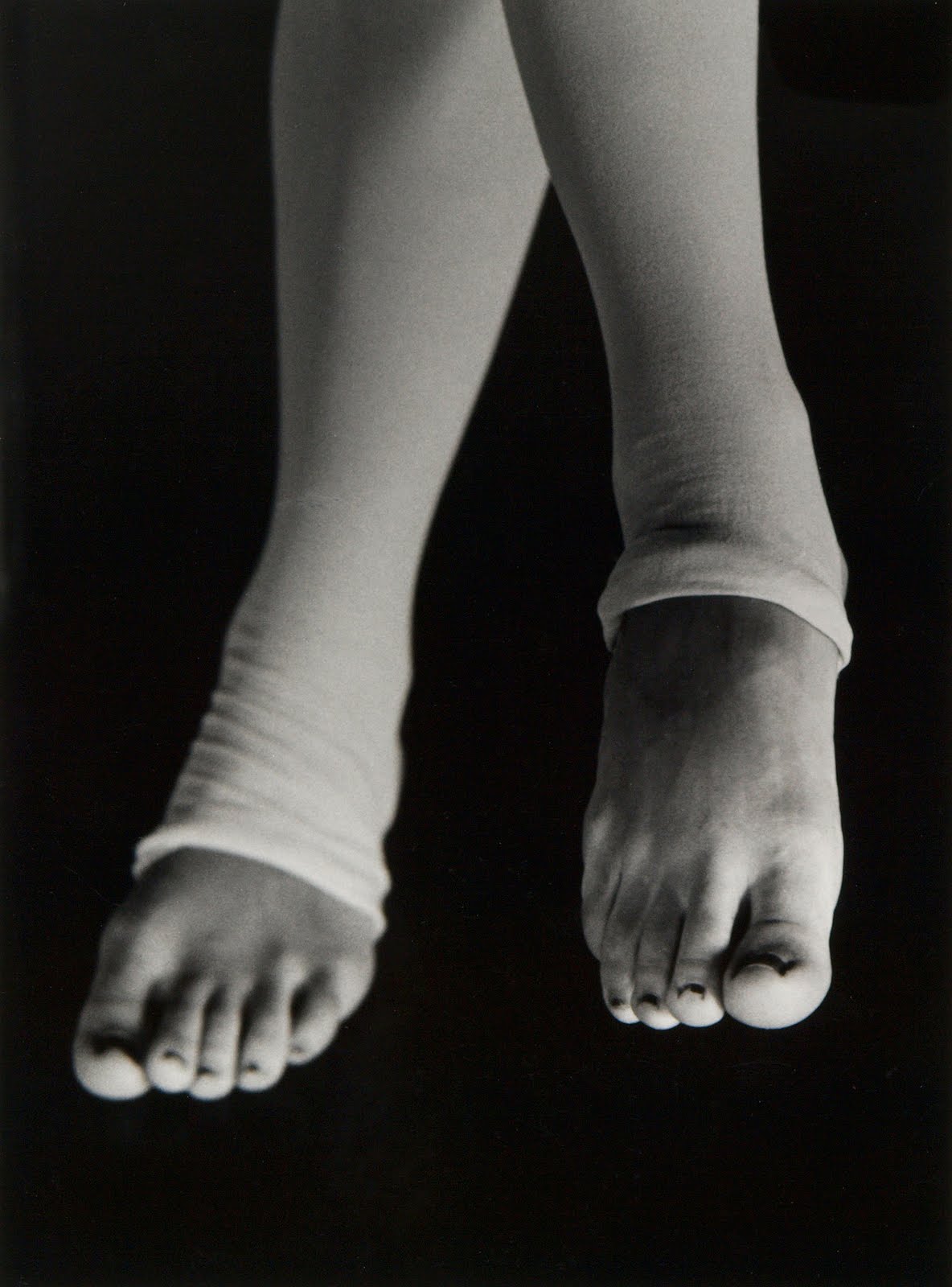 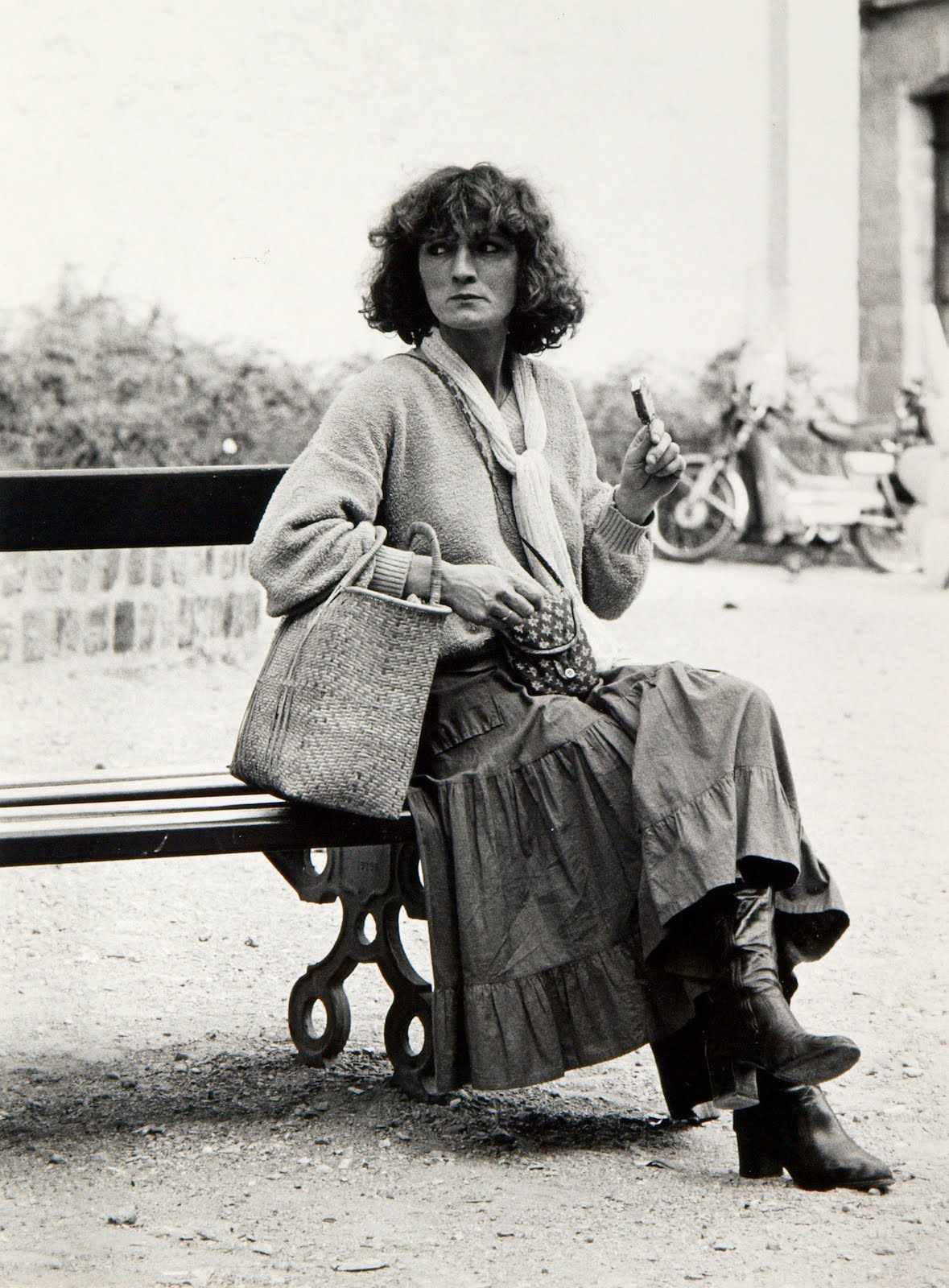 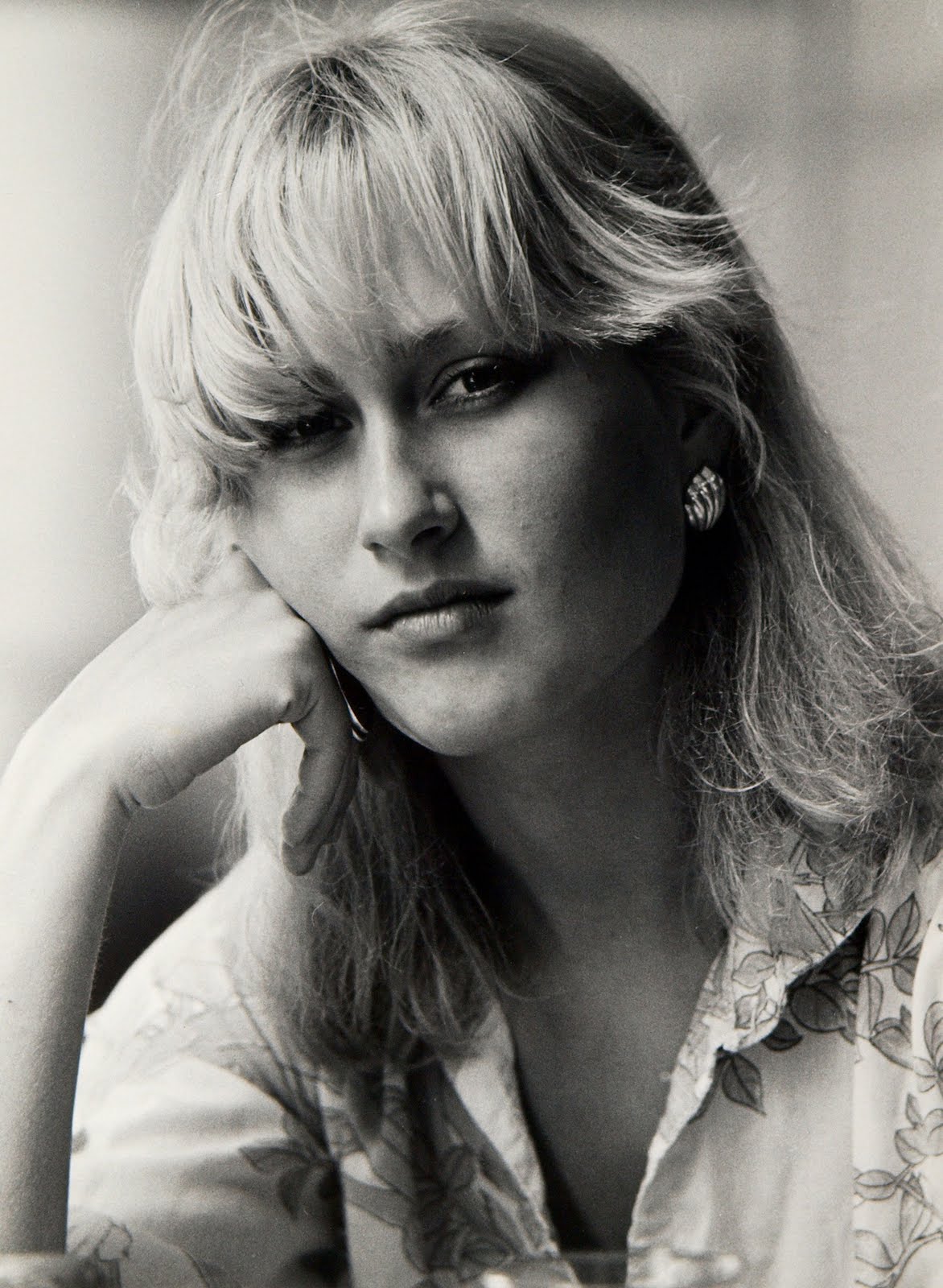 A casual snap from a few tables over.
At Les Amies Café in old Austin.
Long since torn down and now
a thriving----Starbucks.

At a point in the early 1990s photographers became convinced that zoom lenses were the panacea for everything and, en masse, abandoned the fixed focal length lenses that had served them so well. Flexibility was the watch word of the new age. For a while the used shelves of camera stores were littered with 135mmm and later 180mm lenses that could hardly be given away. Every once in a while a new 135mm design would surface, mostly aimed at portrait photographers. Canon had a variable soft focus design which is actually the lens I used to take the image of Renee Zellweger that I showed in yesterday's blog post. Nikon still has the 135mm f2.0 defocus coupling lens around and it's supposed to be fantastic. Infinitely sharper than anyone's 70-200mm f2.8 zoom at the same focal length but a lens used only by a tiny group of very knowledgeable photographers. The Nikon 135mm DF lens has a feature that allows one to manipulate the apparent distance of the background edges which adds a spherical distortion softening to the edges of the frames and is a cool visual effect for fashion and portrait work----if you aren't one of the folks who believe that every frame must be pin sharp from edge to edge....

But the lowly and inexpensive 135mm f2.8's have largely vanished and been replaced by their multi-focal length, slow, tromboning brethren. And it's a real pity because there was a lot to like about those older lenses.

At any rate, I am delighted to know that Samyang is releasing this new lens. Because it's a manual focus lens, made by a smaller and, in some circles, less respected maker it means I will probably be able to afford to buy one brand new. I'm pretty sure I'll opt for the one in still photography dress so I can get the focus confirmation chip that comes along with the Nikon version.

Do I have any worries about focusing this one? Have you looked through a 135mm f2.0? The depth of field is so small the image snaps into sharp focus on just about any focusing screen in an almost binary way. I can't imagine that even the most feeble practitioner will have difficulty focusing this one.

As I look through the equipment drawers lately I am struck by the realization that I am turning into both a single focal length fan and also a manual focus lens fan. I am tickled with the performance of the Rokinon 16mm f2.0 lens. I love the portraits I've been shooting with the Rokinon 85mm 1.4 lens. I begin to salivate just pulling the old 25-50mm Nikon f4 lens from the drawer and putting it on my full frame camera and I keep the Nikon 55mm f2.8 bolted onto the front of a convenient D7000 camera at all times.

The story isn't much different in the m4:3 drawer where the 7-14mm, 12-35mm and 35-100mm Panasonic super deluxe zoom lenses routinely take a back seat to the three Sigma DN art lenses (the 19mm, 30mm and 60mm < which is stunning) but usually those lenses are sitting in idle jealousy because I keep being fascinated (and pleased) with the results I routinely get from the 40mm f1.4 and 60mm f1.5 Old Pen Lenses.

It must be the formal boundaries to seeing created by the fixed focal length that appeals to me. It's something I work with rather than being coddled by the choice of zooms. Conscious thought while shooting? Who would have thought that could be a benefit to creative camera use? I wouldn't be surprised if after that we actually started metering manually.

At any rate I am looking forward to the newest 135mm lens. I can hardly wait to see how it performs when used wide open in a dark theatre from the center of the house. Thanks Mohammad. I appreciated the "heads up."

Marketing Note: All the cool kids are reading "The Lisbon Portfolio" this year. Be sure to get yours.

Posted by Kirk, Photographer/Writer at 10:49 6 comments: