Now writing my hands on, definitive (for me) review of the Olympus OMD EM-5.2 camera. It's a well mannered and mature product. It's photography in 2015.

I'll start with the typical disclaimer: I am not an Olympus employee. I have never been an Olympus employee. I have never received free or discounted equipment from Olympus. I have never written a review of an Olympus product in exchange for money or equipment. I currently own two Olympus OMD EM-5.2 cameras and a smattering of lenses, all of which were purchased at Precision Camera for the same retail prices everyone else pays. If I link any of the products I review to Amazon.com, and you click through and buy, it a small amount of money, based on the item and pricing, will be paid to me from Amazon.com.  It's not enough money to cover the cost of a review or to make a dent in the ever declining college fund for the boy. Don't worry, I can guarantee you that your purchases are not making me wealthy. But it's nice to get enough in affiliate fees from my writing to be able to buy premium coffee instead of the older, surplus stuff we were getting from the ship channel salvage company in Houston....

My Review of the Olympus EM-5.2 cameras. 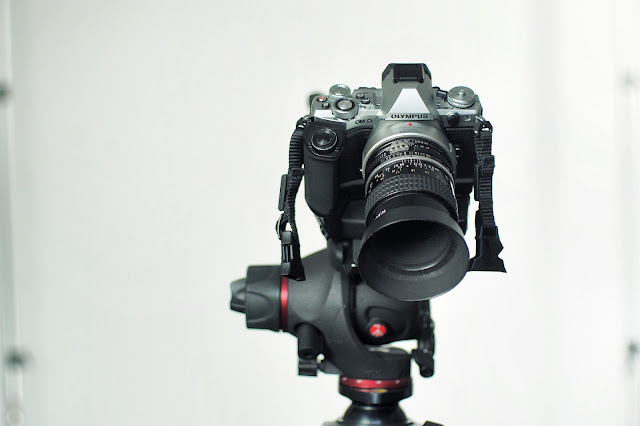 A bit of history. The first Olympus product I owned was a used, black Olympus Pen FT, half frame film camera. I still have it along with four other copies, one black and three chrome, that I collected over the years; usually for less than $100 per body. I also have an almost complete set of the jewel-like half frame lenses that were made specifically for that system. The lenses, with the right adapters, work remarkably well with the current micro four thirds systems and this makes me very happy. It's wonderful when a new product can bring renewed usefulness to an older product line. 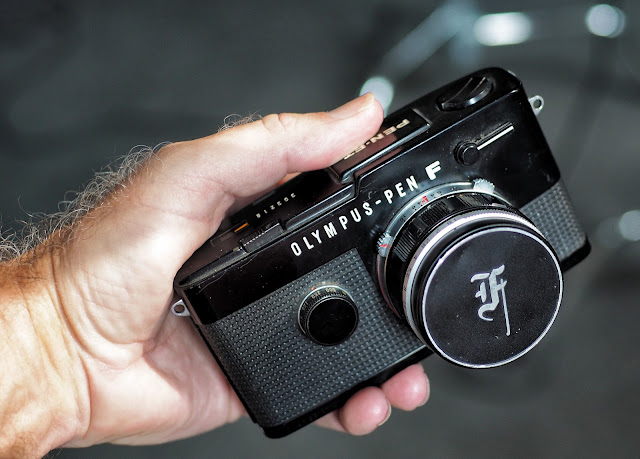 The original Olympus Pen FT. This is the one that started it all for me.
Smaller and lighter than the full frame cameras of the day it featured an
optical view finder, a vertical film frame and a titanium rotary shutter
that sync'd at all speeds from 1 second to 1/500th of sec.
72 half frame images on a roll...

At any rate I bought my first Olympus micro four thirds format camera, an Olympus Pen EP-2, in 2010 specifically with the intention of using with the older Pen FT lenses. That experience started my off again, on again relationship with the Olympus mirror-free system.

Apples and tangerines. One thing you need to know