Another video project sees the light of day. A broadcast TV commercial for Zach Theatre's show, "Mothers and Sons."


I went on location to the theater with lights, microphones, cameras, tripod and a video monitor and shot the live action of Michael Learned (mom from the television series, "The Waltons"). The rest of the spot is stock footage and still images I made for the play's print and web marketing. The commercial was edited by Michael Furstenfeld at Zach Theatre.

This one was shot with the Nikon D810 and an 85mm G series lens. Marshall monitor on the top of the cage. Sennheiser lav microphone on talent (consciously shown in the scene to imply that this was an interview...).

It's an example of something that takes an hour to set up, fifteen minutes to shoot and an hour to pack again. It's cool to own the gear instead of renting it. Owning means having what you need for fast breaking projects while keeping costs down. Which should mean more money in your own pocket---not a discount to the client.

The show is great. Well worth seeing. And Michael Learned is a superb actor!

If you click through the link you should be able to see it in 1080p...
Posted by Kirk Tuck, Photographer/Writer at 16:11 3 comments: 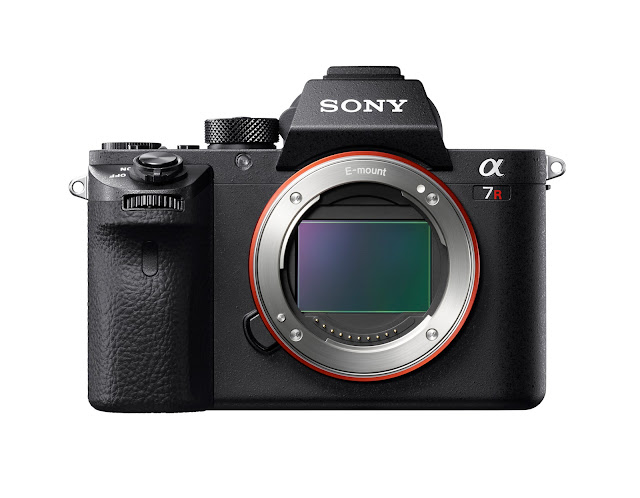 They fixed the one thing I hated about the previous model, the howitzer style, ultra-loud, shutter. And then they started adding the good stuff.

I know, I know, I just got settled in with my Nikon cameras and now look what Sony trots onto the market. Why --- it's the camera they should have released back in October 2013 when they brought out the A7 line. A high resolution, full frame camera that's also fun to use and won't scare children and small pets with its cacophonous shutter banging and rattling. And bonus: Professional quality 4K video. In camera!

The new product (yet another "point" two) is, on paper, a remarkable machine for universal image making. It features a brand new sensor which is the world's large (and first full frame) BSI technology sensor. The advantages of the sensor, coupled with faster processors, gives the camera about a stop and a half to two stops of noise advantage over its previous model. The faster processing chain also makes possible the first full frame camera on the market to deliver 4K video that is written directly to the card in the camera!!! No need to buy an Atomos Shogun digital recorder to suck out the 4K as you

Oh Boy. We've got a busy Thursday. Let's start with the exciting announcement of my next camera from Sony --- the RX10.2 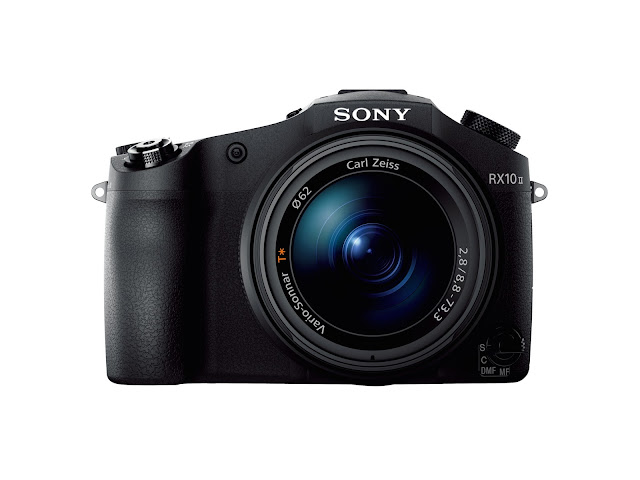 Revolutionary? Maybe not. But to me products like this look like the future of image making for all but the most daunting photographic and video projects.

It should come as no secret to long time readers of VSL that I am a big fan of the Sony RX10 camera and felt that, at the time of launch, it was a powerhouse of imaging for the money. With a firmware update to the XAVC codec it became an even better tool. In 2014 I used my RX10 to complete an eight page photo assignment for an architectural magazine. Crazy? No, very straightforward and logical. Using the almost distortion free 24mm focal length of the lens, the 20 megapixel sensor and the lowest native ISO, all on a great tripod, the camera made images that easily blew up to full page size with no hint of degradation when compared to other formats. But the benefits were interesting. The smaller size of the sensor meant more depth of field which is helpful when shooting architectural interiors. The trade off with the smaller sensor cameras is, of course, less control over shallow depth of field. While a one inch sensor camera might be a great choice for anything requiring sharp focus in depth and the convenience of multiple, good focal lengths in one body, the dedicated portrait photographer who likes the look of the focus ramping in full frame cameras with fast lenses will probably not choose the smaller format for his core work.

But I would suggest that the person who buys a Sony RX10 (or a Panasonic fz1000) is more likely to be someone who values the ability to use that camera for video work as well as studio work and in that arena these "bridge" cameras have lots to commend them. The increased depth of field being one benefit. As I do more and more video I've come to understand that razor thin depth of field might be sexy and trendy in videos but trying to keep an on camera talent in sharp focus during an interview with a lens and camera that gives you a couple inches of sharp focus is much more difficult than using the right tool for the job.

Yesterday I learned that lesson when shooting handheld in a crowded and fast moving restaurant. My video partner and I were shooting with fast lenses on the Olympus EM5.2 cameras and even with focus peaking and the greater depth of field keeping sharp focus on fast moving subjects can be tough. If we'd done the shoot with a pair of Nikon D810s the difficulty in focusing would have been infinitely greater. We would have gotten much less done and we would be much less sure of our results while shooting. Add to that the need to attach external monitors to the D810s for focus peaking and you have just created (by comparison) and ergonomic nightmare for handheld shooting.

The Sony RX10 has been on the market for nearly two years and I assume that Sony thought the time was right for an upgrade. To their credit they kept all the things I liked about the camera (the great 24-200mm equivalent focal length f2.8 Zeiss lens, the body style, the great knobs, the easy menus and the ability to have clickless apertures) but they fixed the stuff that made the camera less than perfect. One big improvement is a doubling of the EVF resolution which means one step closer to eyepiece transparency, but the biggest improvements come from the inclusion of a brand new "stacked" BSI sensor coupled with much faster processors. Based on what I read about state of the art BSI sensors we should expect one to two stops better noise performance at higher ISOs, a much faster frame rate (14fps) and much faster autofocusing.

The icing on the RX10.2 cake is the move to provide real 4K video at 100 mbs data rates which will make this camera a challenger to both the Samsung NX1 and the Panasonic GH4. Yes, I know that those two cameras "feature" interchangeable lenses but I would venture to say that you'll spend a fortune to match the focal lengths and quality that come standard on Sony's fixed lens. A lens carefully calculated and matched to the new sensor.

Of course you also get microphone inputs and headphone outputs, focus peaking, zebras and more.

The rest will most likely appeal only to people shooting video but here goes: This $1000 camera will also feature S-Log and flat profiles for better editing and color grading and can shoot much higher frame rates which will give you amazing, exhilarating slow motion. We're talking rates up to 960 fps!
And not at tiny, weenie, image sizes!

I'll pre-order one as soon as they start the pre-order list at Precision Camera. If the camera lives up to its promise I'll buy two and use them as my full time video cameras. You may need more but for the industrial and art projects I tend to gravitate to having kick ass 4K with good codecs and profiles for editing, along with a great lens and killer image stabilization is a dream come true. I'll keep the big Nikons around for those times when I want the sliver of sharp reality but for run and gun video, like the stuff we shot for hours yesterday, I can't imagine a better or more convenient tool.  Might also be the perfect "crash cam" for big film productions.

What I find amazing is that you can get all this technology and good camera design for such a low price. If you need it the whole package is remarkable.

Olympus better discover the 4K religion quickly or it may be the one missing feature set that retards their goal to gain market share in the semi-professional space. For everyone else (Panasonic, Sony, Samsung) it's here now and people are shooting it. And the video space is a natural for mirror-less cameras. It's the one arena in which I think Nikon and Canon's traditional cameras have the most difficulty competing in.

Just thought you'd want to know. Head on over to DPReview if you want to read Sony's press release or see the specs.