Robin Wong (wonderful photo blogger!!!) reminded me of this piece I wrote five years ago. It may be the second best thing I've written about photos.

Would you please read it and tell me what you think?

Posted by Kirk, Photographer/Writer at 22:09 8 comments:

Loading the multi-DVD player for a long weekend of director's cut movies down at the office. Getting away from the routine at home.... 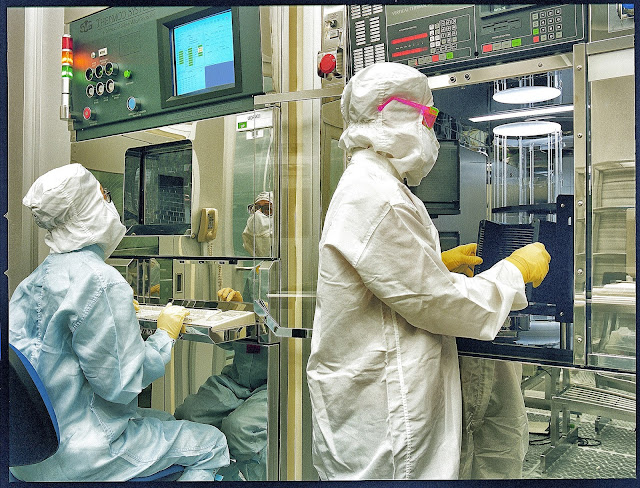 Now. Who's got the darned remote?

(shot for Motorola to illustrate one of their fabs. It was a long day of "bunny suit" hell with a couple of Hasselblad cameras that had been repeatedly swabbed with alcohol....Ektar 25 film. Stay still!)
Posted by Kirk, Photographer/Writer at 18:42 No comments:

A Dial That Measures Your Ennui. 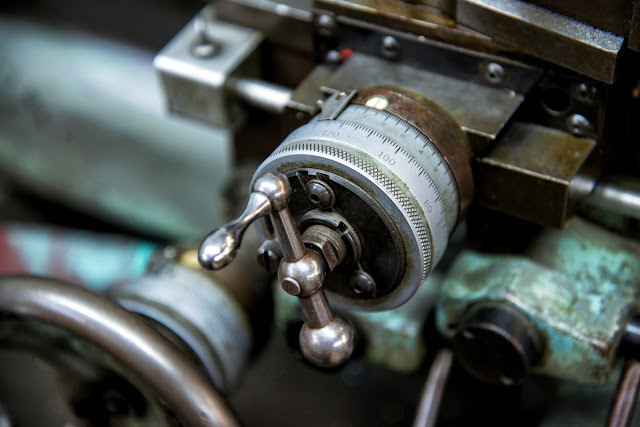 This is the second in my limited edition, "Industrial Art Meditation" series of photographs. For some mystical reason I can only print this image very large. I call the process "Struth-ification" and it means that prints are wildly, ruinously expensive. If you are interested in owning one of the 10 x 15 foot images for your country home or ski residence please send along your banking details and we'll arrange an understanding....

Ah. The magic of machined metal.
Posted by Kirk, Photographer/Writer at 18:37 2 comments: 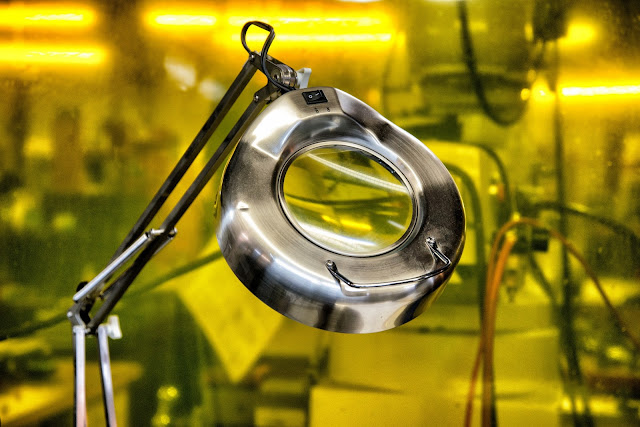 Sometimes, during a long shooting day on location, I find myself looking for images just to please myself. Things the client usually won't want. Things that have a form and color combination that makes them a bit surreal. Or hyper-real. I was at a company that machines all sorts of things. I was shooting mostly scenes from their production floor. There is a transparent, yellow, plastic curtain that separates two areas to contain dust. This light sits on our side of the curtain and is lit by a mix of daylight and fluorescent lights. I was intrigued by it and returned again and again to try to make better images.

It was shot with a Nikon D610 equipped with the old, push-pull 80-200mm f2.8 lens. I used the lens at 80mm and the combination of camera and lens were stabilized on a wooden tripod.

You'll enjoy owning this piece. It has its own insouciant effervescence.
Posted by Kirk, Photographer/Writer at 18:31 7 comments:

The Three Graces. An afternoon at the Louvre Museum. 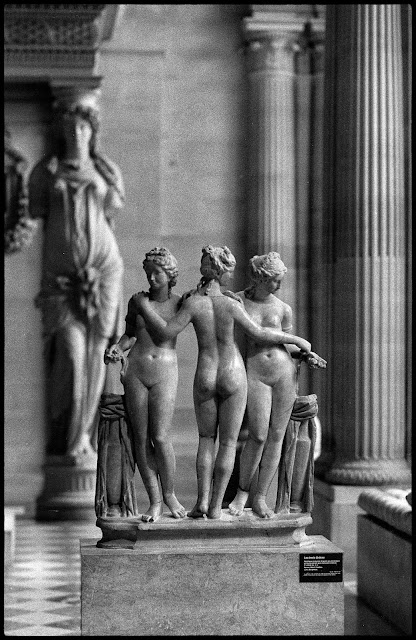 The sculpture of "The Three Graces" was done in Roman imperial times and by most accounts was inspired by an earlier Hellenic work. While many people are attracted to the Louvre Museum for it's immense collection of paintings I am almost always happiest looking at the sculpture. My favorite piece is one I found on the second floor back in 1978. It's called, "Psyche Revived by Cupid's Kiss", by Antonio Canova.

But every time I go back I find something new to like. This image of the "Graces" was shot on a cold, wet, rainy afternoon in the early 1990's. Agfapan 400 film. Camera brand lost to memory but most likely a Leica rangefinder with a 50mm or 75mm lens.

When I first started visiting the Louvre you entered by a small door off to the side of the main plaza. There was no pyramid, no escalators or elevators. But more to the point there were far fewer people going through each day, which meant you could almost always find quiet and uncrowded corners, filled with new (to me) treasures. And before digital cameras and phones there was no giant horde of "guests" thronging around the painting of the Mona Lisa, making selfies and ignoring the "no flash" signs. The museum has given up policing the "no flash" policy and put a much, much thicker piece of protective glass in front of the painting.

That's okay, I'd much rather get closer to the sculptures.... That's good stuff.

This is a wonderful article about Robert Frank who is one of the greatest living photographers today. If you don't like Frank's work then you......
Posted by Kirk, Photographer/Writer at 10:36 9 comments: