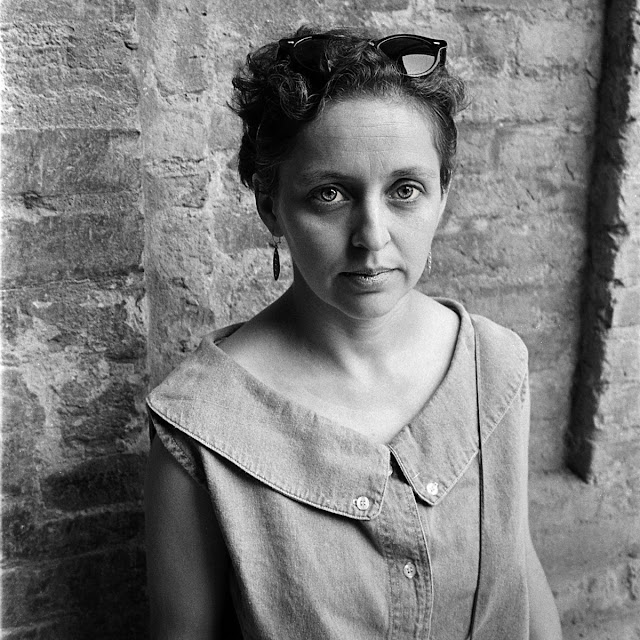 A photograph from a traditional, square format, film camera.

Both yesterday and today I pressed two cameras into service that don't get much respect or interest from advanced hobbyists or my fellow professional photographers. And that's fine with me. I'll let them spend the money and get big ass cameras and ponder the wonders of the Hasselblad instead. Me? I'll take the left over cash (and time) and have more postcards printed. Or hire a designer to re-do the website. But I sure won't be dissuaded from using the new tools. It just takes some people longer to come around.

When I left the studio yesterday I had written a post that was all future tense: we're going to do this; I'm going to do that... So first thing, I thought I'd report back about yesterday's shoot.

If you'll remember I was talking about how hellishly hot it was. I packed up the car and headed down to San Marcos and found the last available parking spot in the park. The river was flowing well and the rapids through the park were a popular attraction to lots of central Texans. I parked the car, cracked the windows, put the reflective shade across the inside of the windshield and then texted my client to let him know exactly where I was. Then I quick-scouted the park and found a perfect position that would put my client in some precious shade while, visually, the layered waterfalls flowed directly behind him. It would be a 400 meter hike from the car but that's why we acclimate and stay in good shape, right?

I was twenty minutes early while the client was twenty minutes late so I killed time waiting in the shade. When he showed up I told him about the location, offered him water, and we marched over with the minimum of gear. He chilled in the shade while I set of the small octabox and the diffuser. I decided to use the camera handheld (a departure for me but...we were shooting at 1/1250th of a second... so I felt pretty confident I could hold the camera steady. Especially with Sony's ridiculously good image stabilization.

I'd tested everything previously and the camera, flash and radio triggers worked as expected. In fact, the first shot; my test shot, was right on the money for color balance and exposure. Which is a good thing because when the heat index climbs up to about 110 you really, really don't want to keep a good client standing around --- even if you do have some shade.

We shot 45 shots in about three minutes. I shot medium, wide and some fairly tight. The brief was to do an environmental portrait so the surroundings were important. The EVF kept me from having to chimp on the rear screen with all the ambient light bouncing around. We called it quits after the 45th frame because we were both starting to sweat. It wouldn't mess up the image if I was sweating but as soon as some sweat spots soaked through the client's shirt we knew we might as well be done. Working in extreme weather can suck because it's easy to miss stuff or get lazy and cut corners.

We shook hands and I grabbed the stands, camera and sandbag and headed back to the car where I drank a liter of water. And then headed on to San Antonio for another engagement.

This morning I opened the files and processed them in Lightroom. The images were well balanced and the flash lighting worked well. I did my usual retouching and later tossed in some retouching via PhotoShop's new Facial Liquify. I wanted to open up or enlarge the subject's eyes a little bit to compensate for a very slight squint that was inevitable in the bright environment.  I made a gallery with 20 photo selections and sent it to my client's marketing team. Someone had forgotten to let me know that we were on a short deadline until they remembered and left a text in the middle of the night, last night, asking for a quick turn. They are a good (excellent) client so we obliged.

I got the final selection from their designer right after lunch today and went to work on the real retouching. Since we were shooting in a public park I started by removing recognizable people from the frame. I took out a plump woman in the background who was wearing far too ambitious a swim suit, as well as stacks of yellow floats, a red cooler and some trash. I worked on my subject's face and eyes and made sure to eliminated any glare on his skin. In the end the image turned out quite well and is already on its way to becoming an integral part of an advertising piece. I felt that the RX10ii was a solid plus in getting this job done in our time frame and with the results everyone expected. It was also nimble to use in a physically uncomfortable situation.

That led me to do a last minute re-pack for today's shoot.

Having just spent some quality time at 100% with a raw file from the RX10ii I decided to dump out the full frame cameras I had packed for an interior portrait shoot this morning and re-pack with the Sony RX10iii. We were scheduled with a tech company to shoot ten portraits before lunch in a conference room with west facing windows (no direct sun in the morning).

In keeping with making everything light and mobile I packed portable, battery powered flashes again. A Cactus RF60 into a 60 inch, white umbrella for fill lighting and a Cactus RF60 into the small (32")  Westcott Octabox; both triggered by a VF6 in the hot shoe of  the camera.

Tired of the tyranny of limited aspect ratio choices in most cameras, I chose one of the RX10s specifically so I could shoot a big, high res file in 1:1. Affectionately known as "square."   You've heard of the "golden ratio", right? Well the visual scientists at the Visual Science Lab are renaming the square, "The Platinum Ratio." The RX10ii and iii get you there with a full 13 megapixels to work with. More than enough for anything I can think of publishing on the web.

I composed my frames with enough leeway to crop a nice rectangle in either axis and it made shooting so much more convenient. Go Platinum Ratio!!! Go Square!

I made 665 photographs over the course of the morning, all on the initial battery. There was 15% power left when I finished. Of the 665 photographs shot I edited out 0% because of focusing errors. The raw files were easy to work with in Lightroom, mostly because we nailed the color with a custom white balance at the outset. While I would welcome more control in putting the backgrounds out of focus that is absolutely my only hesitation in using that camera for everything. It's just that good.

Posted by Kirk Tuck, Photographer/Writer at 18:11

Thanks for the earlier article on setting white balance at the start of EVERY shoot. I tried it and found it lightened the load hugely in post and made the photos look much better.

I have Perfectly Clear and hardly ever use it for faces, except to put a little shine (judiciously) in eyes. The PC program is hell to run in a limited-user Windows account, but it works fine by logging on as admin. I understand it can make eyes larger - saving time otherwise spent in Photoshop?

Great point about simplicity of equipment. Often that makes you think more about the subject and the lighting than on your pile of cameras, lenses, lights, etc. The ultimate simplicity: a Rolleiflex TLR with its one focal-length lens. I recently bought another Rolleiflex and it is like a breath of freedom - it makes photography fun again.

The Square .. oh you mean the Instagram format? Ha-ha-ha, my scanner just sputtered and flickered when I said that. For real though it did make Instagram kinda fun when I first played with it and you had to compose in the square again.

Is that a Visual Science Lab/Kirk Tuck Tm?
Just sayin'...