Oh Boy! Nikon announces two new DSLRs and the frothing begins. I got an e-mail from the local dealer this afternoon asking if I'd like to pre-order some for March delivery... 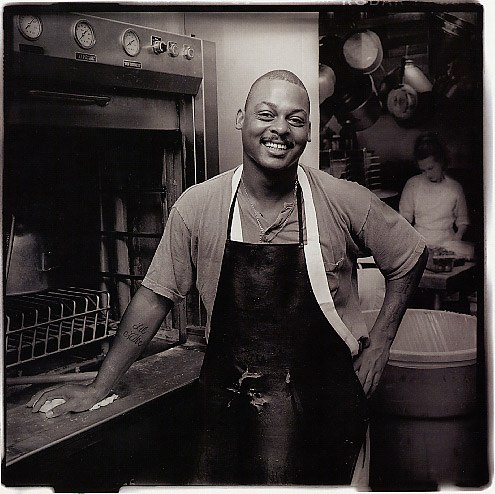 I was putting together my invoices, receipts, bank statements, credit card statements and royalty reports for the laborious process that is small business, federal tax reporting. Drudgery that seems mean and continues after having just sent away most of my available cash in the service of the final quarter estimated taxes for 2015. I just shake my head when people ask about my "tax refund." If you are self-employed you quickly realize there will never be a "tax refund."

It was in the middle of this accounting funk that I got an e-mail from Precision Camera. I had been offline most of the day, trying to get work done and keep online shopping to a minimum and I was unaware of Nikon's big announcements. I clicked through to the pages that the retailer had set up and read the specs for the Nikon D5 and D500 cameras and then I headed over to read the press releases from Nikon that went up on DP Review. So sad that I also wasted a few minutes reading the comments underneath the official announcement. The lamest comment was from someone who was shocked and dismayed that Nikon didn't include a swivel-y screen on the D5. Hmmm.

From there I went to the Nikon micro-site for the two cameras and then I turned everything off and continued to sort papers.

What do we make of the announcements? Well, I was smiling as I read the specs for the D5 camera. Love the tight reins against runaway megapixels and happy to see Nikon's first foray into 4K video but then, minutes later, depressed that the 4K into the D5 is limited (for in body recording) to a whopping 3 minutes! Really? Really? Then why bother?  Oh, I am sure you can drop another $2K into an outboard digital recorder and shoot for as long as you want but that kind of misses the point of buying a camera of this stature. It should be able to at least match the video performance of the Panasonic GH4 from two years ago (and currently around $1,000) but hey, that would make too much sense. I couldn't find the specs to tell me if the D5 uses a pixel match crop for 4K (which would mean all lenses become much longer) but I did notice that this is the case with 4K video on the DX model, the D500.

Still, if you are into stills instead of video, there's a lot to love about both of the cameras. The D5 will shoot 200 14 bit, uncompressed raw files at 12 frames per second before it hits the buffer and the D500 will give the same basic performance at a slightly slower 10 fps. I'm sure focusing is insanely good with both cameras. I'm equally sure that the new processor is fabulous.

But I think the one hot, cool, neato feature that both cameras share is a new, mostly automated AF-microadjustment process to calibrate lenses for accurate focus at the sensor plane. I want that for every camera I ever buy.

So, for the non-Nikon shooters, what exactly did they announce? The D5 is their new, flagship, sports addict camera. It's the high end. It's $6500. Just a thousand shy of the Leica mirrorless SL. It's a big, brutal camera, built to the highest standards and jam-packed with the latest cool stuff ---- at least where still photography is concerned. It's much like the 1Dx cameras from Canon. Not the highest resolution sensor but best of the breed for high ISO performance and a compromise between resolution (20mp) and overall speed. This is the Nikon camera to buy if you need rugged and reliable more than you need ultimate resolution. For most of the stuff we shoot for clients we'd never know the difference in quality between this and the D810.

The other camera is the D500 and it's touted as being (finally) the replacement for the old, D300s, DX (cropped frame) pro camera that Nikon introduced about eight years ago. DX shooters have been pining for a replacement camera ever since. This camera is also a 20 megapixel camera but the pixels are closer together since they fit on a sensor that's half the size of the sensor in this camera's bigger brother (sister?).

Nikon would love to market both of these cameras as "revolutionary" but, in fact, they are just evolutionary iterations of cameras that already exist. Yes, both are Nikon's first efforts in incorporating video beyond 1080p but both are UHD instead of full 4K resolution. Yes, the ISO settings go up to nose bleed heights but that's no guarantee that the higher ISOs are much more usable than the ones in todays D7200 or D4s. Yes, the cameras are faster to shoot but for most of us that just means more files to wade through in our search for the perfect frame.

My initial thoughts? The D5 looks yummy and cool but it never even enters into my business equation for cameras. It's performance is at some arcane edge of diminishing returns that may make sense for a sports shooter or photojournalist but wouldn't really add anything to my work that the D750 isn't almost as good for. If I needed the speed I'd wait for people to start dumping their D4s cameras and then buy one of those on the used market.

No, it's the D500 that really looks like the camera that Nikon would love to sell boatloads of. But does it even make sense at the price point? What does it bring to the table besides speed and higher ISO when compared to the D7200 (which DXO recently declared to be the highest quality DX system on the market)? I'd like to try the UHD faux 4K but I know the sensor crop (which gets the unit down to m4:3 crops) would drive me nuts and might not be nearly as good as what you can already get with the Panasonic GH4.

All in all, my strategy will be to wait and see what everyone else brings to the table and then, if there's nothing that's really compelling, just continue on with the Nikon stuff I have and the Olympus EM5.2 cameras. If I really want anything else it's just that I want a second Nikon D750 body to round out the camera harem. Some days I just feel like having a body with a 50mm over one shoulder and a second body with a 135mm over the other shoulder. I think having matched duplicates trumps having one of the latest and greatest and another of a previous generation. Better that everything match --- that way I don't get confused when the going gets going.

How do the rest of you Nikon shooters feel about the introduction? Will you be rushing to buy one of the two new bodies? I'm always interested to read other people's rationales....maybe I'll steal a good rationale and use it on my CFO... couldn't hurt.
Posted by Kirk Tuck, Photographer/Writer at 21:02 26 comments:

I have a video question for all the digital video users here that have more experience than I. Flat versus "WYSIWG" for scenes where high contrast is not an issue? 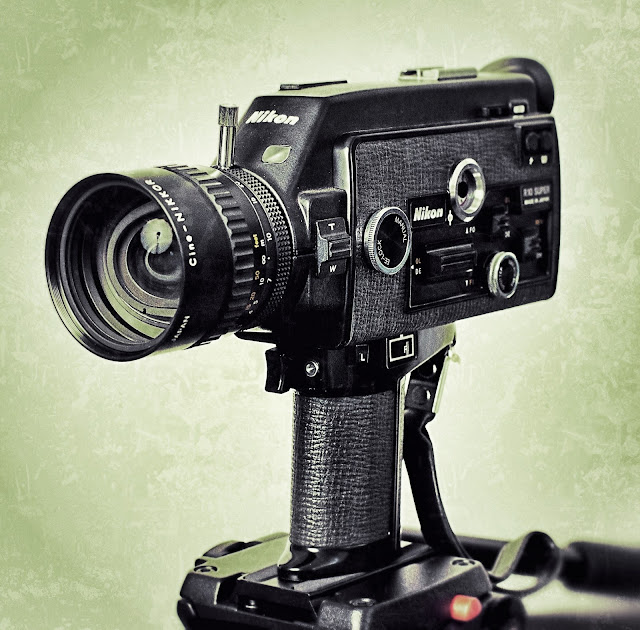 When you dip your toe into the web looking for information you get....a lot of information. Most of it is contradictory and many times what you read as "best practices" runs counter to what you experience when you test things out for yourself. Into this category I will place, "expose to the right", "more (or less) pixels are always better", "You must always shoot RAW", and now, "You need a flat profile or a log profile to do professional quality video."

I understand the theory behind S-Log and the need (desire?) to have the longest tonal range you can get, because you think it may give you more dynamic range, but is it really better to shoot everything in a flat or S-Log profile for work where you have lots of control over light? I'm beginning to think it's one of those artificial, "this is the way we do it" barriers to entry in the video world. A hurdle to jump over, both intellectually and technically, in order to get your "pro" badge to sew on your jacket sleeve. But, as often is the case, I could be wrong.

How I long for the old days when I shot a lot of Super8 film and all you really needed to do was pick the film emulsion you liked best and then meter carefully.......

This all comes up for a couple of reasons. One is that I just upgraded the firmware in my Olympus EM5.2 cameras and one of the improvements is the addition of a "movie" profile that is only intended for video and only accessible when in the dedicated movie setting (movie camera icon set on the mode dial). The other is that I've been working with files from the Panasonic fz 1000 and I find that the files are better looking if I shoot them (lit, interior interviews) exactly the way I want them to appear when I am finished with a project rather than when I use a flat profile and try to do larger curve corrections or color changes in post production. I've developed a method centered around "shoot the way you want it to look" rather than "shoot it super flat for post." I think the super flat S-Log files might be malleable enough to take big corrections if they are coming from enormously expensive super cameras like Arri Alexas and Sony F55, with super high bit rates and 4:4:4:4 Pro-Res files, but I'm pretty sure that most consumer cameras already bake a lot of compression into their video files and making big changes in post production pushes these files past the breaking point.

Then again, I am not a professional colorist so I could be doing lots of things wrong ---- even though I have been slavishly following every tutorial made for DaVinci Resolve, and Final Cut Pro X.

If you have experience using the "flat" profiles with consumer cameras (Nikon D750, D810, Olympus EM5.2, a wide swath of Panasonic G and GH cameras, etc. Perhaps you'd be kind enough to correct me (gently) and give me the gift of your experience-based, knowledge largess.

I think I have the audio pretty well figured out for right now.... 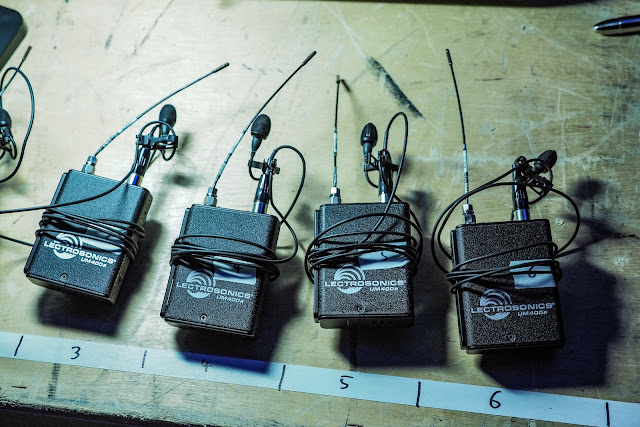