Those days when you think of selling a couple thousand pounds of cameras, lights and stuff, buying an old M4 and a 50mm Summicron and walking away from the routine. Where did I put that brick of Kodachrome? 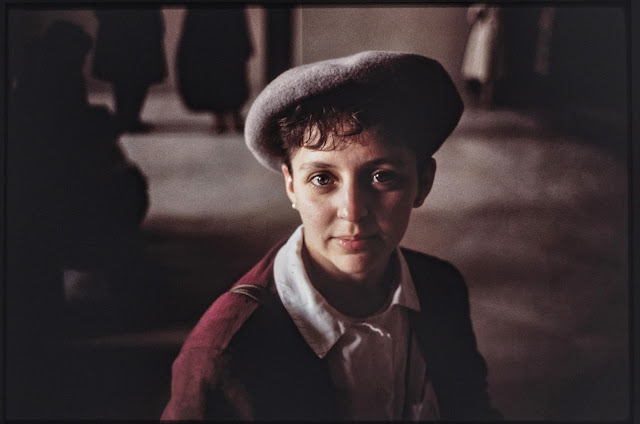 Posted by Kirk Tuck, Photographer/Writer at 21:33

Snatch the pebble..time to leave. You've finished your training.

OK, you’ve got the brick, and you’ll shoot the shots of your lifetime, where will you get it processed? Just asking...

I've been meaning to ask you about your friend who did something similar two? three? years ago. Last we heard, he had one small camera with one lens and was headed to Cuba. How's he doing? My uncle gave me a bunch of frozen Kodak and Fuji E6 film. I shot a roll of it and it looked great, but I'm not much of a chrome shooter. Holler when you get the M4 and I'll send you some film.

If you get a chance of watching the recent movie Kodachrome, don't miss it!

This is the sort of photograph that got me interested in photography in the first place.

You must be hoping that Kodak follows through with its rumored possible resurrection of Kodachrome, and that it doesn't change the formula. How about some of that new Ektachrome E100 instead?

There isn't already a Leica M in the back of a drawer somewhere?! ;)

Possibly a carefully planned and publicised nine-month work year would give an opportunity for relaxed trips for you and spouse, just the marketing effort can never stop. Scheduled emails or mailshots while you are travelling? And then there is studio-dog to consider too . . . Tricky!