As I was looking in the archives for shots of live theater production photos I kept stumbling across portraits that I love. 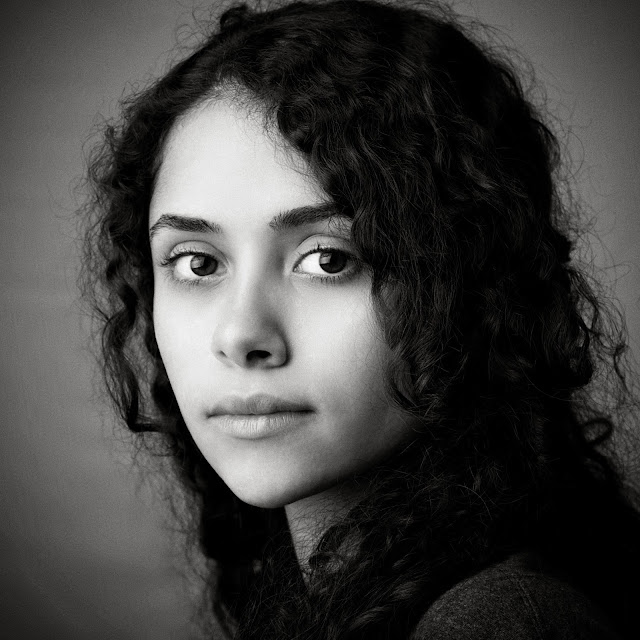 This is one of Afradet. I found her eyes to be amazing. I found her when an art director cast her to play a part in an campaign we did for the Austin Chamber of Commerce. Afradet was just finished with college and launching her career. We did a bunch of photos together after the Chamber project but we've since lost touch in the mad swirl of life...I'd love to photograph her one more time. 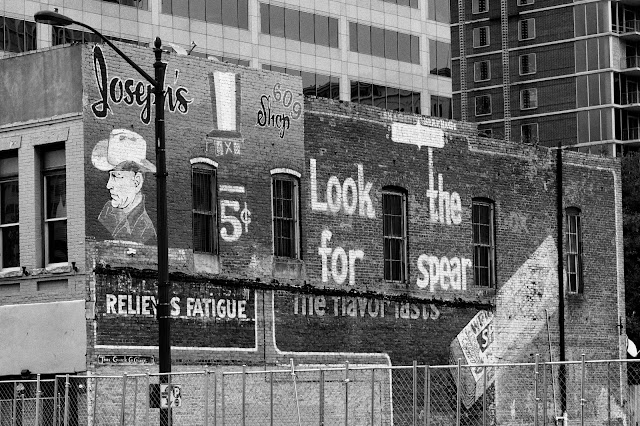 This shot is part of a series of original buildings that lined Congress Ave., the street that leads right up to the state capitol. Congress used to be lined with many two and three story brick or stone buildings that had been there since early days. The image above is of the side of a building that started out as a clothing store and at some point became the home of one of our city's most beloved Mexican food restaurants; Las Manitas.

The whole block was recently demolished and flattened to make way for the amazingly bland J.W. Marriott Hotel. A cookie cutter convention hotel that, I am sure, generates money hand over fist for the Marriott corporation. I'm sure the property now also generates thousands of times the tax revenues of the old restaurant and also the surrounding businesses that proceeded the hotel. We've gained some revenue and lost a bit of our heritage.

Progress waits for no one. At least we have a continuing series of photographs that tells a two dimensional story of what was there.

Shot eight years back with an Olympus E-1 and a 50mm macro lens.

Photograph the stuff you grew up with before it vanishes. You might want to reminisce.
Posted by Kirk Tuck, Photographer/Writer at 15:23 3 comments:

It's about one hundred and one degrees here in Austin, Texas. I thought I'd find a ski shot to look at for a while. 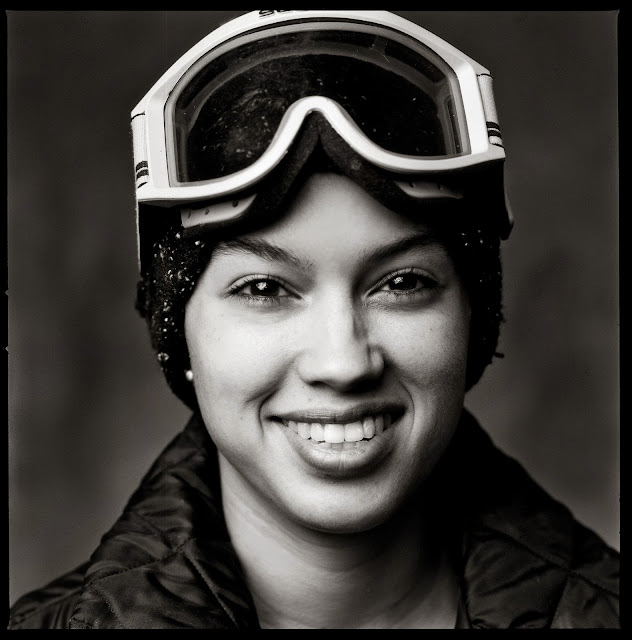 A few years back Jennifer and I decided to do a series of sports photos with a bit of a twist. We'd shoot them as portraits in the studio. Back then I was working with one big 4x6 foot softbox as my main light, very little fill light and then one light on the background for separation. Here's the shot we did with Jennifer in a down ski jacket wearing a pair of goggles.

We shot the series with a Hasselblad 201f camera and a 180mm Zeiss lens onto Agfapan APX 100 film and then printed them. This is a copy shot of one of the prints. When I see the photo it reminds me of how cold it was on the day of the shoot --- and how much fun we had doing it.

In retrospect I should have toned it a bit cooler (more blue) to align with a wintry theme...

Playing with new photos over on Instagram. A quick way to put up an new gallery: https://www.instagram.com/kirktuck/
Posted by Kirk Tuck, Photographer/Writer at 15:15 No comments:

Going a little nuts today over on Instagram. You might want to see new (and old) stuff.