What do I expect from Nikon's new mirrorless offerings? And do I think the rumors are even true...? 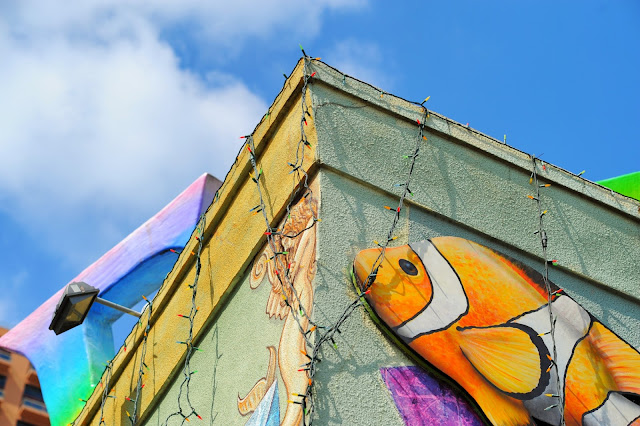 I think the Nikon D5 symbolizes why it's so hard for Nikon to truly make a transition into offering a line of professional mirrorless interchangeable lens cameras. On one hand their real history, as a camera maker, is tightly wrapped around a stream of heavy duty professional cameras ranging from their first rangefinder cameras, through the mechanical tanks represented by the F and F2, and continuing along with heavy, reliable, and overly engineered cameras like the F4, F5 and so many of their top-of-the-catalog digital cameras like the D2, D3, D700, D4 and D5. There seems to be a dominant current of thought in their engineering DNA that drives them to make cameras that are engineered to take years of abuse in stride and to offer a protective shell for their electronics that, in most cases, will far outlast the innards.

But now they seem to be aiming at competing with Sony and Fuji in the mirrorless space and they seem set to abandon their timeless approach. Big, highly engineered and overbuilt picture taking machines. Stuff working pros love.

The catalyst for fashionable change? the witless wags at countless blogs and websites which have continually conflated mirrorless with small, light, handy, pocketable, dainty, delicate and able to fit nicely into a lady's handbag. Even a small clutch. In my mind, and in the minds of other actual, working photographers, we've always valued the idea of the mirrorless camera as being a combination of new technologies rather than defining the genre by size or lack of structural integrity and comfortable handling in the service of dainty-ness.

The rational selling points for a mirrorless professional product should revolve around its newly added capabilities rather than its pared down size and diminished robustness. Two things come instantly to mind: the always on nature of mirrorless camera's live view and the ability to integrate an EVF for more responsive viewing and previewing. A secondary benefit, which is a result of removing the moving mirror and all the linkages required by lens stop down mechanisms, is the very pertinent removal of expensive moving parts. Parts that are expensive to create and expensive to assemble and calibrate.

Marketers of professional mirrorless products should be touting a more direct feedback mechanism as a result of continuous live view through an EVF as a more fluid and instinctive way to create images while also heralding both a cost savings and an increase in reliability as a result of few moving parts and fewer parts requiring calibration and adjustment.

So, if Nikon rushes out two tiny, plastic cameras and a new line of three or four mostly hobbled and slow zoom lenses and expects professionals to embrace a new generation of inexpensively made point and shoot style, interchangeable lens digital cameras while shirking a continuing development of their more traditional DSLR models they will just accelerate their descent into irrelevance.

I expect that Nikon will come out with two camera bodies that are similar in size to the Sony A7 series but will design them with more rounded corners and a traditional, small body work up that tries hard to blend a retro SLR look with an equal amount of retro rangefinder glitz. They will likely not succeed in pleasing advocates of either fashion camp.

If rumors are accurate we can expect to see two models in the beginning; one that gives a nod toward the idea of "professional" by investing in it more features. The features will be the usual meaningless stuff like extended bracketing modes, faster frame rates, a better than Nikon-Typical set of video features, but also a good EVF. If they continue with their practice as in past introductions the second body will be aimed at consumers and might even lack an eye level viewfinder, depending entirely on the youthful eyesight of millenials for composition rather than actively catering to the user demographics that can actually afford to buy camera bodies and lenses on a regular basis.

This mistake will doom the entry level body just as the J1 models eventually doomed the V series line.

The biggest mistake Nikon could make (and so almost certainly will.... ) would be to introduce the two cameras with several consumer oriented, variable aperture zoom lenses that cover wide ranges with mediocre specifications and performance. A cynical new, full frame approach to something like the venerable and mostly unloved 18-55mm f3.5-5.6 DX lens models. Coupled with bad little trio of such lenses and no plan to leverage the millions and millions of decent Nikon lenses already in the hands of millions and millions of active Nikon users the product introduction wouldn't make any sense at all --- and so, that's how Nikon will go.

Sure, they'll introduce an F mount to new camera mount adapter but it will be hobbled with asterisks. It will only work with the new AF-P E lenses. Only with G lenses. Only with etc., etc. It will offer limited AF performance. And the adapter itself won't be available for months and months after the introduction of the new mirrorless Nikon camera bodies.

The paucity of lens choices, the lack of a functional and available adapter with which to use current Nikon lenses, and the hobbling of said adapter will kill overall sales of the new line, which will lead the older Nikon engineers to shrug their shoulders and say, "See, we told you no one wants mirrorless cameras!" But by then it will be even later in the game.

So, if that's what I expect to see then just exactly is it that I want to see from Nikon? I want both bodies to be big enough to hold comfortably, all day long, in adult sized hands. I want both bodies to be crafted out of fabulous metal alloy cores and built to take "drop it in the camera bag" punishment. I want the two initial cameras to be mostly identical in terms of external features like a 3.5 or 4.0 megapixel EVF, a uniform (and robust) battery size, and the ability to work with all older AF lenses. I'm willing to wave goodbye to using manual focus lenses on the cameras, natively, but not AF ones. I would want Nikon to ship the cameras with an F mount-to-new mount adapter in the box!!!!!

And finally, for every boring, plastic and utilitarian lens in the new line up I want a fast, sexy, enormously well performing prime or fast zoom introduced and delivered at the same time, alongside the cheap stuff.

If Nikon is really planning to compete in the mirrorless segment I can only hope they bring their Nikon SP rangefinder chops to the game. If they bring their "Action Touch" sensibility then they deserve to go home with their collective noses bloodied. They should not stop making "real cameras" just because everyone else has defaulted to pixie sized toys. The Panasonic GH5, now that's a good target to aim for.......

And yes. I think the rumors are mostly true.
Posted by Kirk, Photographer/Writer at 14:34 26 comments:

A very nicely done use of my photos of Brianna as "Belle" in the upcoming Zach production of, "Beauty and the Beast." And a well done website!

The two images in the article are the ones done in the photoshoot on stage at the Topfer that I recently wrote about. It was the assignment that finally pushed me to buy a monolight with a real modeling light in it. Shot with a D800 and the 24-120mm f4.0 AFS VR lens.

I love it when editors use my images large and well.