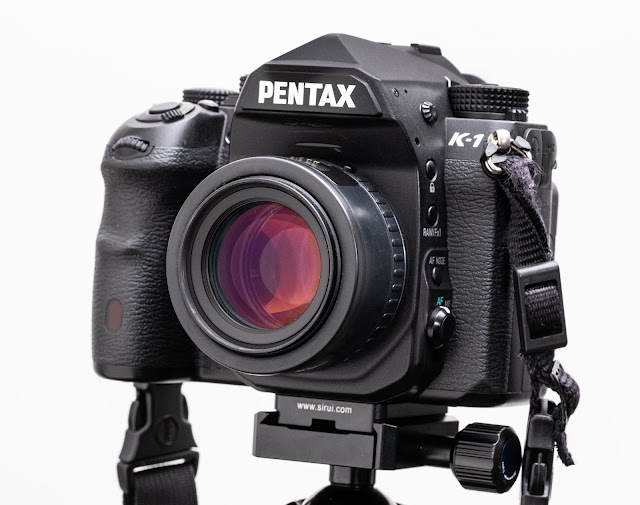 I never imagined, back when I tossed down $900 on a minty, used Pentax K-1, on a whim, that I'd be singing its praises as one of the most enjoyable all around cameras I've ever shot with. But that's exactly what I'm doing right here. I have a bunch of different cameras here in the studio and can probably put my hands on any number of other interesting cameras from vendors or friends to test out, but every time I head toward the office door these days I find myself checking to make sure there's a fresh battery and a clean SD card in the Pentax which I then put over one shoulder, lock the door behind me and head off to make photographs for fun.

But why? One answer would be that Pentax knows how to make cameras that fit in one's hands nearly perfectly. At first glance the camera looks big and bulky but compared to the Lumix S1 it's small and light. It's probably smaller and lighter than the Fuji X-H1 with a battery grip as well. The viewfinder, while not an EVF, is big, bright and pristine. The menu took a few weeks to master as opposed to Sony and Olympus menus which might take a lifetime to understand (note: if someone tells you they have mastered either of those two menus completely do NOT do business with them because they are either lying or they've devoted every waking hour not to shooting but to rote memorization of things no one should have to/want to know. Either way they aren't showing the best judgement.  That's not to say that normal people should not use Olympus or Sony cameras, only that you need to limit yourself to just learning the 10-25% of the menu you'll actually need to know to take photographs...).

For the price I paid for either of the K-1 bodies I've picked up they are amazingly good image producers. The raw files are incredibly detailed, the color very accurate/pleasing and the dynamic range about as good as the very best (and most expensive) cameras on the market right now. Good battery life is also included....

Sadly, I can not make the Pentax full frame cameras into my primary system for all of my business because they just don't have the lenses I want and there seems to be no assurance that Pentax will stay in the camera business as the entire industry shrinks while Pentax market share shrinks quicker. But! Here's the deal; I see the two K-1's and my small assortment of Pentax lenses as a kind "personal" or "art" system. One to be used in conjunction with other systems that are more geared to day-to-day work for clients.

For example, the Pentax offers only rudimentary video features and does not offer 4K of any kind. Since our last six or seven projects have all been originated in 4K that makes the Pentax a non-starter. The Fuji system works well for video, and my current lens collection for Fuji gives me tremendous reach. I can go from 8mm to 400mm (basically 12mm to 600mm in 35mm equivalent parlance) and do so with state-of-the-art lenses. With three inexpensive X-H1 bodies I can do three camera shoots, all in 4K, and have enough overlap with lenses to give me ultimate flexibility. And that's great for work.

But the Pentax feels ready and rugged for everyday shooting, and my own personal work rarely falls out of the confines of the lens range I've assembled for the system = 28-135mm.

I cemented the deal in my mind when I chose to take the single Pentax K-1, along with the 50mm f1.4 AF and the 28-105mm kit-ish zoom lens on vacation to Montreal. I never had a moment of regret or dissatisfaction with my choice. And the images I was able to make are also technically just right.

On the other hand...while I know and like the Fuji system very much I'm still trying to get up to speed with the Lumix S1 and the three lenses I've put together for that system. While everything I've shot with that camera and those lenses over the last two weeks has been technically excellent I'm having hesitancy in warming up to the shooting experience. I'm hoping to get over it by really leaning on the S1 for single camera video projects. But we'll see. My track record for warming up to cameras is mixed. Some, like the Nikon D700, just didn't do it for me when they were current camera models but when I came back to the D700 years later I found it to be a wonderful imaging tool. I had changed, not the camera.

I hope I don't have to sell and then re-buy the S1 and assorted lenses in order to finally appreciate the system and then have to buy it all over again. That gets expensive.... 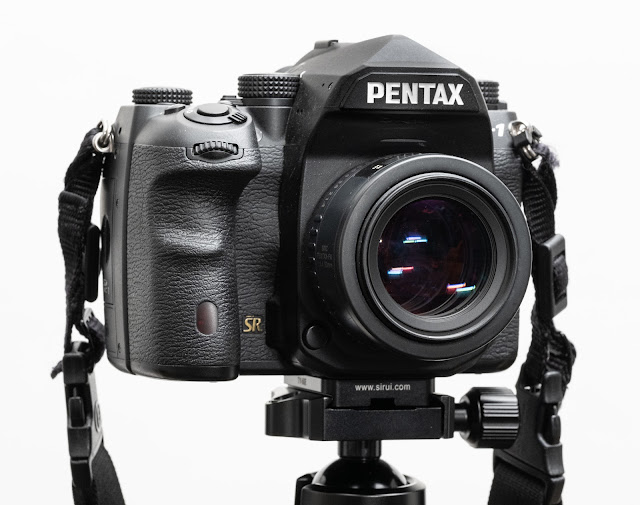 The 36 megapixel sensor is one of the best I've ever used.
This 50mm gets panned a lot but from f2.0 down to f11
it makes me happy. And, if it gets trashed I won't cry too hard
as the initial investment wasn't ruinous.

I'm not suggesting you go out and buy one but I am
letting you know that the K-1 has been a bit of a revelation for me.

Posted by Kirk, Photographer/Writer at 21:11 6 comments: 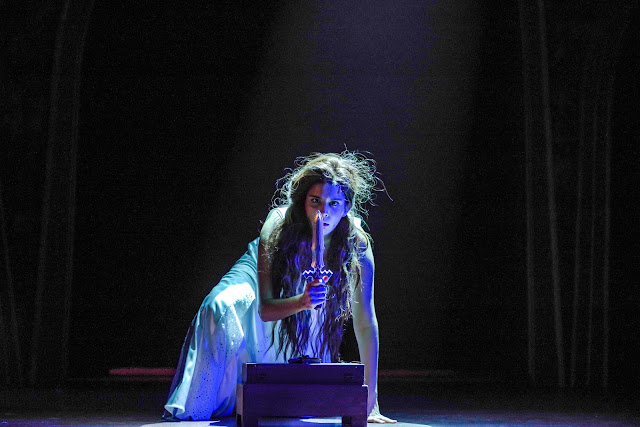 "Mina" for the Zach Theatre Production of "Dracula."
Written and directed by Stephen Dietz.

I love technical rehearsals. They happen just a day or two before the dress rehearsal so pretty much everything is set. What I love about tech is that there's no audience in the house and I can move to any position I want in the entire theater (as long as I stay off the stage).

On this particular evening I was experimenting with a camera and lens that were both relatively new to me at the time; the Pentax K-1 and the Pentax 100mm f2.8. In a matter of weeks since then the K-1 has become my favorite day-to-day shooting camera. I enjoy using it very much every time I toss it in the car and bring it along.

This shot was was done at 1/160th of second, f3.5, using ISO 3200. I used the spot meter setting (since I couldn't pre-chimp) and set the white balance manually.

I'm happy with everything about this shot except that I've centered it too much. An easy fix with cropping tools in post...
Posted by Kirk, Photographer/Writer at 14:09 2 comments: