So, what do you get the photographer-who-has-everything for his birthday? I know, I know! How about a new 70-200mm lens for his Lumix system? Yeah. That would work. 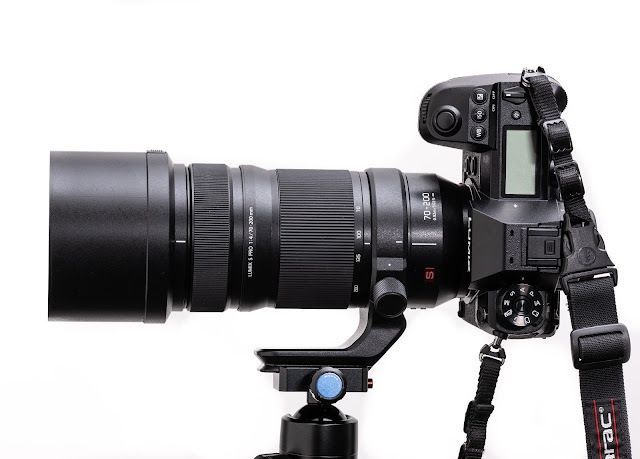 How often do you have a birthday? It's really only once a year for humans, right? So I thought hard and long about what to get my favorite photographer on his special day. I mean the guy never buys anything for himself, right? No kibble. No liver treats. No tennis balls. So I asked around and I almost got him a guide to better understanding Olympus camera menus but that seemed too difficult for him. He is a bit slow on the uptake. But then one of his closest admirers suggested that perhaps a new lens would be a better gift.

I took them at their word and went out in search of a nice, shiny lens that might bring a spark of joy to his birthday. And there it was. A brilliant Leica 90-280mm f2.8-f4.0 Zoom lens for only $6395. It was a bit more than I wanted to spend so I asked that sales guy in the plaid jacket with the skull head bolo tie hanging in front of his striped shirt if there was perhaps a less expensive lens....something better than Canon or Nikon but not as pricey as the Leica. He assured me that this particular lens would do the trick.

It's a Panasonic Lumix Pro series 70-200mm f4.0 lens. I put it next to his food bowl this morning along with a chewed sock (so he'd know who it was from) and I have to say that I think Kirk liked it. He started to drool, rolled over on his back and let me scratch his stomach and, boy! was his tail wagging...

But what a selfish human, no matter how much I hint around (and believe me I am NOT subtle) he still won't share! He refuses to play "fetch" with his new toy. And to tell the truth I feel a bit deflated --- he keeps playing with it, and I've bitten it a couple of times, and neither of us can find the squeaker. How does Panasonic get away with making such pricey toys if they don't even have a squeaker.

Ah well, you never really know what makes these humans happy. But I think it will be a good birthday for him, I nearly caught that plump squirrel in the backyard and I'm pretty sure I'll get him next time. And, unlike that ungrateful human, I'll actually share. 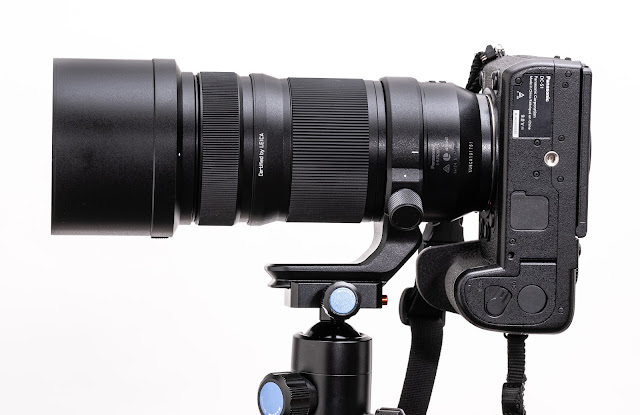 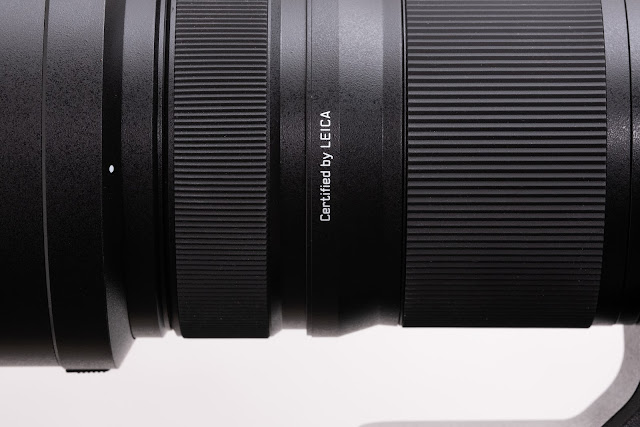 I found the squeaker. Every time he reads this he squeaks just a bit.

Must smell pretty good to humans...

Posted by Kirk Tuck, Photographer/Writer at 14:56

Good one Kirk! Happy birthday!! I think Studio Dog would feel better if you took a nice new portrait of him with your new fancy lens. And of course post it to this blog.

Happy birthday, Kirk, and very best wishes from one of the many readers who read you daily and are thankful for your writing and photography.

I yapped with delight when I read this over my owner’s shoulder! At last a sensible post I can relate to! The master of the lead and foodbowl spends far to much time looking at screens or playing with camera thingys and not enough time taking me for long walks with lots of other four-leggers and fence posts to sniff and check out. And I really get the squeaky thing and chewed sock hangup — I just love my squeaky cow. Oh, if only smelly socks squeaked as well I would be in heaven. So … please … more posts from Studio Dog and less from the two-legger with all the camera thingys. PS. Don’t tell “he who thinks he should be obeyed” I posted this — I may get sent to my pen :-(

Happy birthday Kirk... I think you're worth the $6k price tag.

Happy birthday. My actuary sis-in-law would probably give you at least 20 more, more likely 30+. Plan ahead!

Too many cameras and lenses, too little time.

I love your rationalizations, very creative. I can see why your wife wants you to write more with these stories..keep it up.

And yes, a portrait of Studio Dog with the new lens would be nice.

Does Studio Dog have a sibling that needs a home?

Hi James, Studio Dog has been with us for 11+ years and as far as we know (she was a rescue puppy) she has no siblings we know of. If she did they'd be most welcome here. I just came back from our morning walk and she was a delightful conversationalist but the range of topics was... limited. Mostly: "Deer! Did you see the deer? Do I get a treat for not chasing the deer? Look! Squirrel!! Did you see the squirrel? Do I get a treat for almost not chasing the squirrel????" And so on. She didn't even ask about my camera.

S-Dog (if that’s really your name, although i have my doubts now),
That’s the last time I believe you about no longer trying to get me for good. You promised that if I gave you a good idea for a gift for the 2 legged one you’ve trained so well, that those days would be behind us...come on you said, just peak over his shoulder to see what he's gawking at on the stupid screen thing he stares at. Held up my end of the deal and now this is what I see? Next Time....
And who you calling plump? I’m just short for my weight.
Squirrel