Belinda helps to execute a durability test on the Panasonic Lumix S1 and a lens. 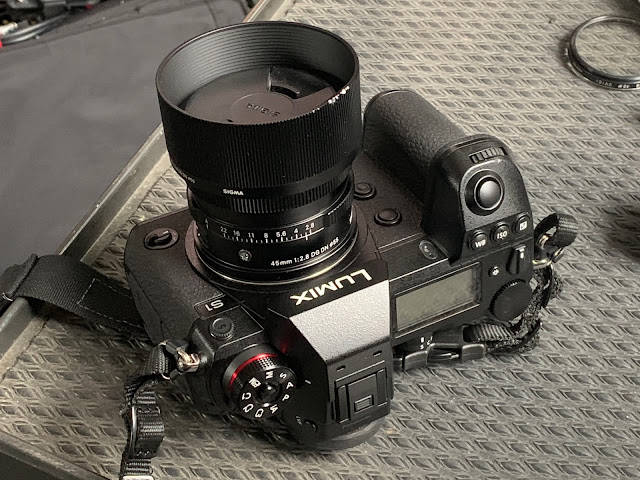 I've seen a lot of camera reviewers put a new camera and (weather resistant) lens under a shower of water, and one reviewer routinely pours water over camera+lens from his water bottle, but I don't see very many videos of people taking their own brand new cameras and dropping them from two or three feet in the air onto solid concrete or rugged rock terraces. Just generally not done. But we all hear about how "rugged" some cameras purport to be....

Now, Belinda and I did not do a dinner time "crash" test on purpose but I figured that since it happened I'd related the findings here.

We were having delicious smoked ribs, and lots of healthy salads and such, at a photographer friend's home. It was a beautiful evening and this house has a wonderful terrace with a hand made picnic table and benches set on a rock-floored terrace. Of course I had my camera with me and I had used it a few minutes earlier to take a photo of my son, Ben, sitting at a second table nearby. I put the camera between Belinda and me on our bench and promptly forgot about it.

A few minutes later Belinda got up to go in the house to get the beautiful chocolate cake which she baked from scratch for my birthday. As she stood up she dislodged the camera from its very tenuous and ill considered parking place and the camera spun off the bench and crashed down to the terrace smacking the uneven flag stones. And it bounced more than once.

Which camera? Of course it was the newest one, the Panasonic Lumix S1, outfitted with the wonderful, little 45mm f2.8 Sigma L mount lens. Everyone looked at me. I don't know if they thought I was about to cry or if I was angry but ..... hey....it's just a camera. I picked it up, dusted it off and went back to the ongoing conversation. We can always replace a camera we have a harder time replacing wonderful events....

The point of impact seemed to have happened first to the metal lens hood which bent inwards a bit, and also had some paint and bit of the underlying aluminum scraped off. There's a tiny nick on the frame of the rear LCD but no other visible damage anywhere. I turned on the camera, clicked off a few frames and everything seemed to work just as before. Only now the camera gets radio signals, and the volume of the radio can't be mitigated by any control I can find. I wouldn't normally mind but the camera only seems to play country and western music (which I mostly hate with a white hot passion === excluding Bob Wills...) so I am a bit chagrined.

Just kidding about the radio play (not kidding about my distaste for country music, especially current country music...) but seriously, the camera seems to have survived a kinetic aerial ballet from about 2.5 feet in the air to a hard, scratchy surface. Now I just need to take that bend out of the lens hood.

Oh! And I should mention that the camera makes nice photographs. I try to help. 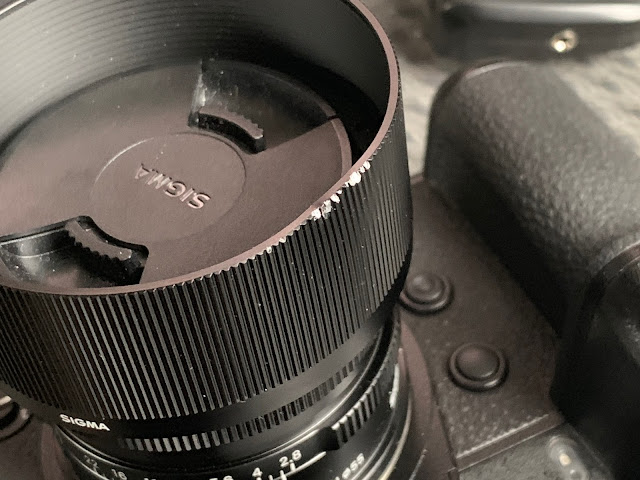