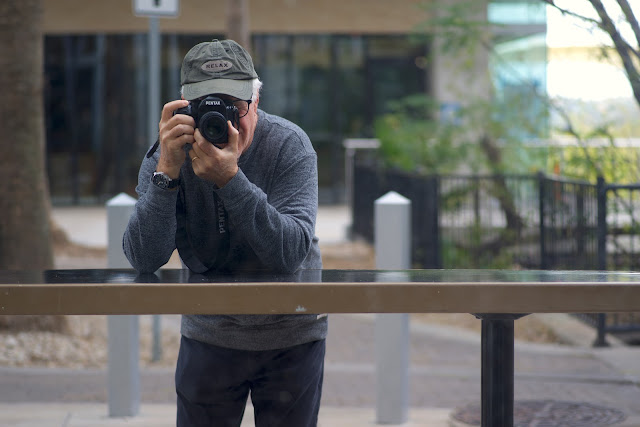 It was one of those weird days at swim practice. I showed up for the 7:30 a.m. workout today at 7:20 and got ready. When we got out on the pool deck everyone was looking around for the coach. Somebody dropped the ball with the schedule and we had 30+ people ready to swim and no coach. Someone noticed that Friday's workout was still up on the white boards so we all just decided to duplicate that workout. We had enough coaches with water safety certification in the swim group to not worry about liability and we're all disciplined enough to follow a written workout without supervision. It was still a bit disconcerting not to have someone standing up on the deck yelling at us to go faster or to streamline off the walls better....

Matt, Brett and I pounded through  couple miles worth of sets and then relinquished our lane to a new crop of swimmers at 8:30 a.m. Today I was working on correcting arm angles for the underwater portion part of the freestyle stroke. Not too much bend inward, and hand further away from my torso. There's more leverage that way which translates into more speed.

I'm finding as I get older that I need to lean on technique as much as I can to keep up with people who are younger. Good habits pay off.

After practice I made my typical breakfast: one cup of 2% Greek Yogurt with half a cup of muesli, a quarter cup of organic blueberries and a couple ounces of organic walnuts. I don't actually measure stuff; I mostly do it by sight. It's a delicious breakfast and it won't weigh you down.

Now I'm sitting in the office reveling in my giant purge of equipment yesterday. All that's left in the studio are a couple of lonely tripods, some lights+lightstands and an older Canon inkjet printer. Still mulling over what to do next. Replace everything with more Lumix stuff? Just get an iPhone 11 Pro (leaning in that direction) or download a new scriptwriting application for my laptop and give up imaging altogether?

I still have a few film cameras in the bottom of a filing cabinet as well as a Canon G10 but.....

It's one of those post-equipment-purge days when I just wish I could figure out how to get paid for swimming.

Added shortly afterwards: Okay, so, full disclosure. I still have the Lumix S1s and a very, very small sampling of Lumix lenses. It's not much but I think I can use them to muddle through.

Posted by Kirk, Photographer/Writer at 13:11 19 comments: