A step up from the point-and-shoot universe but a step down in price. The 16 megapixel GX85 is currently on sale everywhere as a two lens kit. $477. 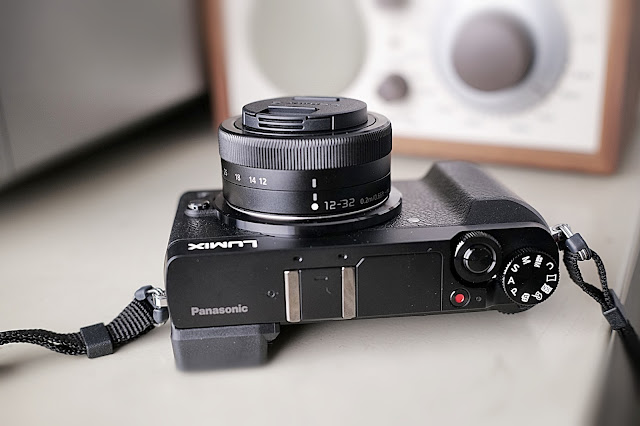 I read the reviews. I saw the gushing on YouTube. It was 2016 and the GX85 had just been launched. A new shutter mechanism fixed "shutter shock," a condition that reared its head in the much more expensive GX8. The new camera "featured" 16 megapixels on its m4:3 sensor and it was the first Panasonic Lumix camera to forego the anti-aliasing filter on the sensor, which meant it could (and does) resolve more detail than the same sensor as it was used in the GX7 and the Olympus EM-5 mk2.

The camera was never on my radar until about a week ago when my sales pro at Precision Camera, responding to my questions about a $900 point-and-shoot camera, steered me to this camera kit. It's the body and two lenses. One lens is the 12-32mm shown above and the second lens is the venerable 40-150mm kit-ish lens. If you consider the current retail price of the lenses alone the kit is a wild bargain. When you discover that the camera is really, really good it becomes an insane bargain.

I've been playing with the GX85 since yesterday and it's a great "carry everywhere" camera. You might need a couple of spare batteries to get through the day with it but Wasabi Power batteries seem to work just fine and you can get two and a charger for about $20 on the interwebs. Maybe it's just the nutty way I overshoot that makes me so battery sensitive.

If you're toting around a Lumix S1R and the Lumix 50mm f1.4 S Pro lens all the time (or a Nikon D850 and the 24-105mm) you might want to get one of these kits to make leisure time with photography just a little bit less daunting....

But then again, if you are training for the USMS National Swim Championship in San Antonio in April in 2020 then the weight training with the bigger camera, and the lens with the glandular problem, might be part of your training regimen.

I bought the kit partly because of the low price, partly to use as a platform for my beloved Pen FT half frame lenses (from the 1970's) and mostly to have something decent to shoot with while running out for groceries, to the pool, and in situations where discretion is called for.

At least this time it's all in the same (menu) family.

What did you get yourself for the holidays? Just curious....

I don't do links but if you want one of these you might head over to Michael Johnston's site: https://theonlinephotographer.typepad.com/the_online_photographer/blog_index.html
and order one from there. He'll get a small $$$ and that's cool because he does a wonderful job entertaining me with his writing about photography.....and diet....and addiction.....and (sadly) the game of snooker.
Posted by Kirk, Photographer/Writer at 19:17 27 comments:

Work I did decades ago still drives my search for the right digital camera and lens. Odd how that happens. I'm finally narrowing it down. 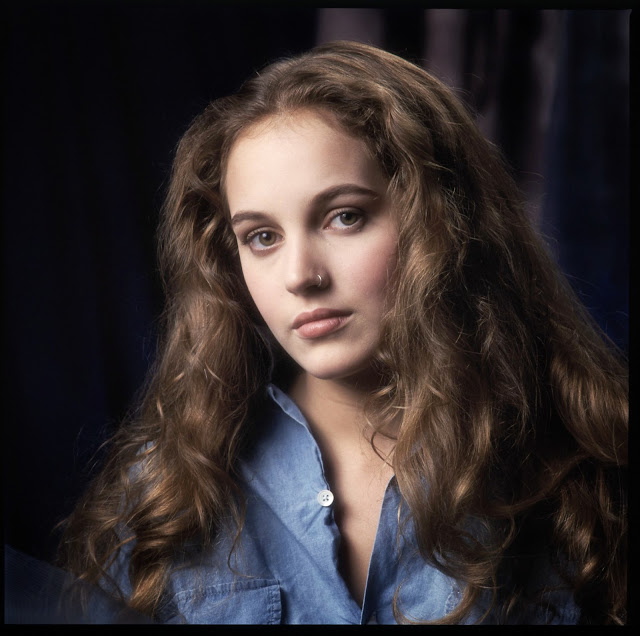 This was photographed in my favorite, old studio at 500 San Marco St., over in east Austin. I was renting about 3000 square feet of space which came complete with 20 foot ceilings. I got the space when the company that owned the building was converting it from warehouse space to office and studio space. I think my rent was somewhere around $750 a month and included righteously good air conditioning and electric power + water service. Now $750 would barely cover utilities on a space that size....

I still have a recurring dream that I inadvertently left a bunch of gear and paperwork in the space and also that I forgot to tell them I was moving out. I wake up worried that I've lost precious negatives and that I owe tens of thousands of dollars in back rent, starting from 22 years ago... But the reality is that I renovated a new space at a property we bought and settled out with the previous studio landlord with all the paperwork done nicely and properly.

But it was such a fun and expansive space in which to shoot. I could set up a portrait subject ten or
twenty feet from the front of my camera and still have a space of 25 feet behind the camera for the background. With those kinds of distances one could use longer lenses and the focus fall off to the background was nothing short of exhilarating. I make due in a much smaller space now and for the most part it works out because: A. We own the space. And, B. The vast majority of projects I do these days are on location. Would I still like a studio with 60 feet of linear space to work in? You bet. Would I like to pay thousands of dollars per month to occasionally shoot a portrait with absolutely no constraints? Hmmm. Maybe not so much....

The image above was shot in the studio just for the hell of it. We went through so much medium format film in a month that burning through ten or twelve rolls of color transparency film photographing a beautiful subject was a tiny drop in the bucket, financially.

This one was done during a test session. We were breaking in two new lenses for our Hasselblad system; one was the new just then 180mm f4.0 Zeiss lens and the other was the 250mm f4.0 Zeiss lens  (I was replacing the 250mm f5.6 version with the faster version made for the 201F and other F cameras). The image is a look that I liked (and still like) very much. A long, fast lens on a big chunk of film.

In fact, it's been the gold standard I still use to judge how successfully a current camera and lens system comes to matching or even getting close to what we could do with MF film, without breaking a sweat. So, my system from 24 years ago drives me to look at particular cameras and lenses, in a particular way, even now.

When I used the 180mm f4.0 lens on a 6x6cm square Hasselblad format the corresponding 35mm equivalent angle of view was about 100mm. It always seemed just right to me. The 250mm was equal to about a 135mm on 35mm which was wonderful in my longer studio but would be unmanageable in the current space.

I'm currently trying really hard to fit the Panasonic Lumix S1R, coupled with the Sigma 85mm f1.4 Art lens, into the mix and trying to set up the smaller system to best emulate what I used to get from the bigger film system. It's tougher work than I thought it would be but with every model encounter I get closer and closer. The first big step for me was to limit the S1R to shooting in the square, 1:1 format. That makes the 85mm effectively about 10mm longer by comparison. The next thing is trying to find the right imaging parameters with which I can get deep, dark shadows but wide open, airy highlights. Not exactly trying to leverage the ultimate in dynamic range at both ends of the curve but mostly just at the lighter (shoulder) edge of the tonal range. It's all a compromise but then again, so was film and film processing.

I'm in the studio today trying to reverse engineer my own lighting from the 1990s. I'm afraid I really will need to re-buy one more five by six foot soft box. Somethings just can't be substituted...

I hope you are making good use of your vacation. I'm re-branding and re-strategizing for 2020 and I'm working hard and locking down what I want to make. It takes new work.
Posted by Kirk, Photographer/Writer at 16:08 8 comments: