First Test Foray with the new (to me) Panasonic GX85 and its Little Coterie of Lenses.... 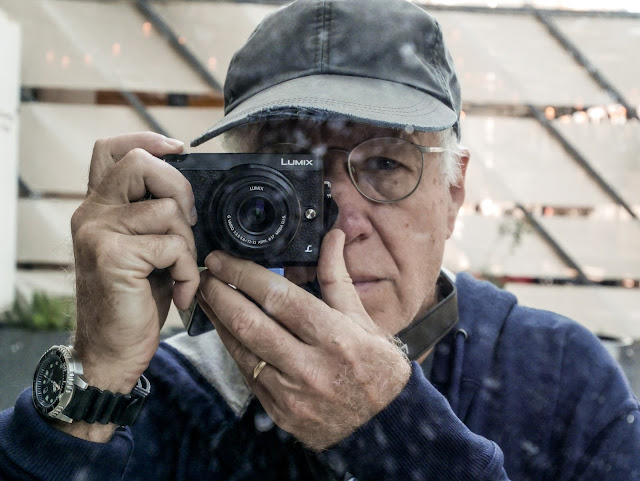 It's funny. I keep getting comments from people who seem to think I'm on the search for the perfect camera system and that once I find that system I will settle down and use it until the end of time. They think of cameras in a different way than do I. They apparently view a camera as an "investment" that they make which should last them a number of years; like a house or a car. I stopped thinking that way somewhere around 2010 when I realized that a certain level of improvement, innovation and development would continue in the photography world for years to come. That every year or so, if you were interested, you could buy a camera that would do some things better than ever before in the digital camera space. Also, the value of cameras became more codified and uniform which makes trading in and selling cameras much easier and more risk free.

People have different use cases for their cameras. Someone who works as a doctor, accountant, lawyer or engineer, and has a traditional 40 hour a week (or more) job, might use their cameras in pursuit of what we used to call a "hobby" but now call, "our passion" will probably only pick up their camera to shoot on vacations, weekends and in little chunks of free time. The rest of their time will be consumed by practicing their professions, nurturing their families and sleeping.

Their cameras don't get used up. Don't become too familiar. Don't wear out their welcomes in quite the same way as ours do.

A commercial photographer, or full time fine art photographer, can have a totally different relationship with their cameras and lenses and, sometimes, the needs change depending on the types of jobs that arrive on the doorstep, like orphaned children.  On a given week of conference/event/convention photography I might have a camera in my hands from 7 or 8 in the morning until late into the evening for four or five days in a row. Even in just the production of images for live theatre shows we'll spend three hours a night shooting something like 1200 to 1500 images per evening. We come to know our cameras (and the files they create) too well in some respects and whatever we don't like starts to feel like that blister forming on our heel from that pair of dress shoes that never fit as well as they should have... Could be a button in the wrong place or a neck strap lug that falls right where your hand should go. Do a specific motion with a camera hundreds of times in one day and I can almost guarantee you that you'll find the burr under the saddle pretty quickly. And that's one reason we might change cameras or systems.

Another reason to change is just the ability to try something new and interesting. Like my plunge over the last few years into 4K video and the cameras that do it well. A still photographer using a Canon 1DSmk3 from a while back won't see a huge benefit to moving up into newer cameras for making fine images in quite the same way a videographer might when moving up from an 8 bit 4:2:0 camera to a 10 bit 4:2:2 camera that also comes with a higher bit rate. A new series of really cool lenses might be a good reason for some to switch. But on a different tangent it may be that the change of camera scenery every year keeps the overall occupation more fun and more interesting. And that's hard to put a price tag on.

A lot of photographic work can be repetitive and mundane. The injection of a new camera system can put some life into a project which might be the kind of job you've done hundreds of times before. Moving from an existing system to something new can put the excitement back into the equation.

There are as many ways to rationalize changing systems as there are system changers but I think there are two different personality types in play in these kinds of conversations. There are the conservers and there are the risk takers. The conservers like to find the most cost effective and efficient gear possible and then use it for as long as they can before mildly upgrading, usually under duress. They tend to be logical and are the stock market equivalent of the buy and hold investors. As long as the gear works and helps to create a competitive image then the owners are holding onto them for the long term.

The risk takers are easily bored and are more comfortable (for some strange reason) with constant change and constant flux. They like to hedge. They are the ones who started shooting DSLR video back when Nikon first introduced the D90 with 1280 by 720 HD video. They experimented with very shallow depth of field which was much, much harder to do with the dedicated video cameras of the day. They may have invested earlier in mirrorless full frame for the same kinds of benefits. These folks like to grab the latest tech, wring it out and test it to death and then move on. They'll never be able to really justify the expenses in terms of total cost but they might be the ones first to market with a new way of seeing stuff and that's also hard to put a price tag on.

The final group that falls somewhere in the risk taker camp are those photographers who are good business people and sales people who can make enough money in the commercial niche to be able to afford whatever camera they want for whatever time frame they want. They might bounce from a Nikon D850 to a Leica SL2 but the camera is more transparent to them. All will work (within in certain class of cameras) equally well but the impulse to change is the same one that drives people to order different dishes at different restaurants every day. They love the experimentation and the variety. It's what makes life meaningful to them. Look at what experimenting with new tech Canon 5dmk2 in 2009) did for Vincent Laforet and his career.

Most people think camera system changing is all about the money. There are people for whom a camera purchase is a carefully considered luxury that can only be purchased after saving up for a long time. There are others for whom a camera and lens is no more consequential (as an expenditure) than a bottle of great Bordeaux wine. Open it. Experience it. Move on.

I think I fall somewhere in the middle of all these things and, at 64, I don't think I'll be changing my camera explorations any time soon. Just thought I'd let you know.

The Panasonic GX85. So, I bought the Panasonic full frame cameras hoping to make them my only cameras and to stop horsing around with multiple systems. I love them for work and find the files better than anything I've already shot with when it comes to file quality from each of the two resolutions. But I also find the first generation of L mount lenses to be a bit heavy and cumbersome for some applications. For work it's just not an issue. Our lights and stands will always weigh a lot more and take up more space. But for walking down the street, checking out the changing scenery and making images for the blog sometimes an S1 with a honking big 50mm S Pro is a bit....out there.

For my casual, personal work I started looking around for something fun to shoot with. I wanted something small and light but familiar. I looked at some used Olympus mFT cameras but finally settled on the Panasonic GX85, which is a three year old, 16 megapixel camera. It was a bargain at $447 when accompanied by two good lenses!!! And the nice thing is the ability to use my older Pen FT lens with an adapter I already had in house.

I took the camera out for a spin today and loved it. Small and light. Cheap as dirt. The menus are as familiar as I could have ever hoped for.

Here (above and below) are images I made during my walk today. Yes, another day in downtown paradise where the temperature hung around the 60 degree mark and the sunshine and blue skies were just showing off. I don't know what else to say about the camera and lenses but that they are pretty competent and almost invisible as I walk along in my navy blue hoody looking for the next great cup of coffee.

These images get larger if you click on them. Don't forget to stock in your favorite bottle of Champagne today so you avoid the rush tomorrow. Or the stinging disappointment when your favorite bottle is sold out. Bravo to the non-drinkers who have saved themselves $50 to $100 dollars. Savings that will put them in good stead when they decide to become greater risk takers and change systems later this year.

I wonder how that Leica SL2 camera comports itself...... 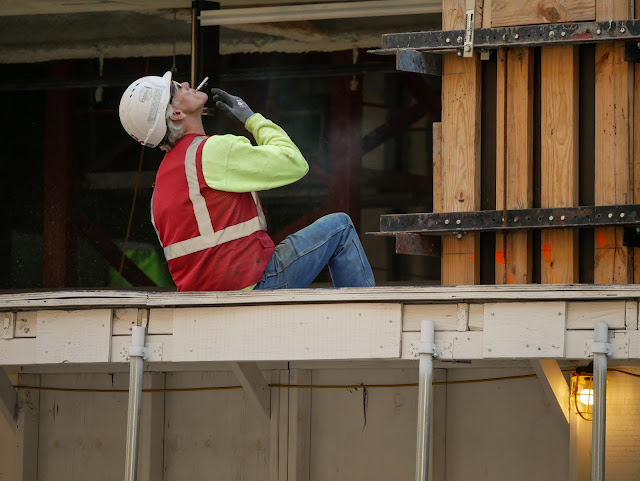 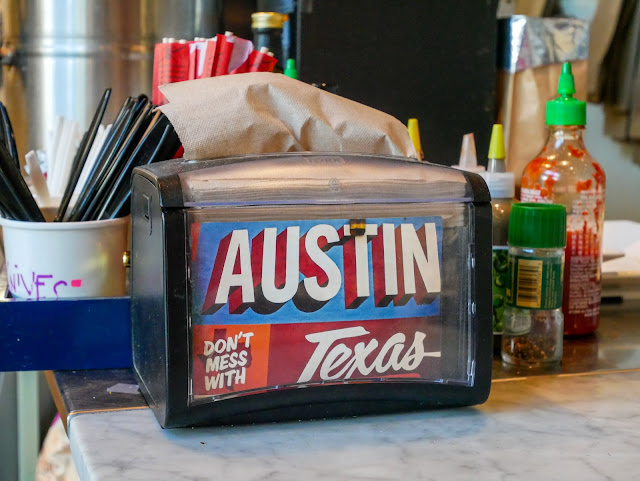 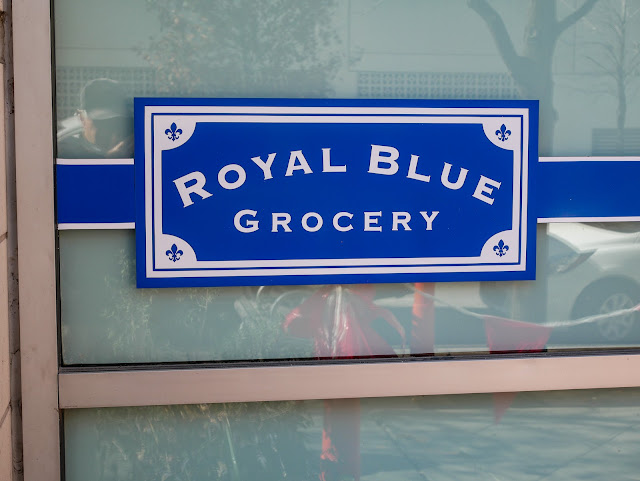 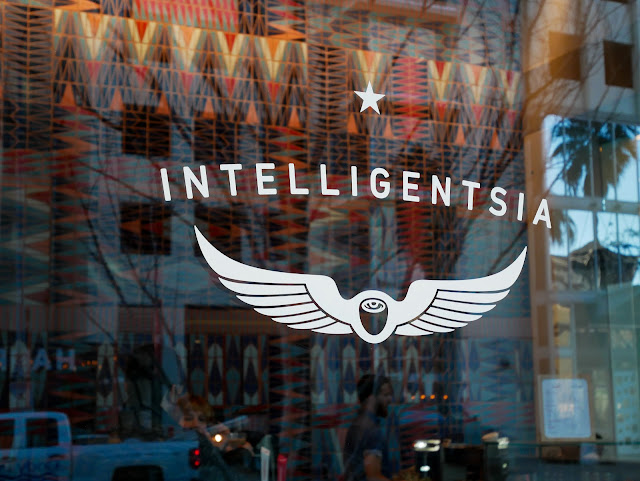 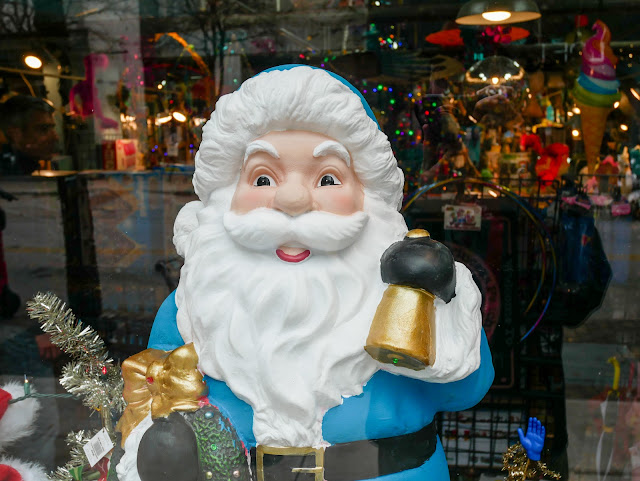 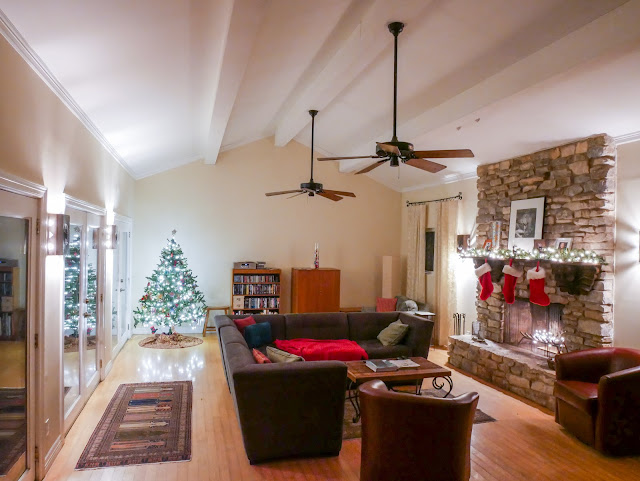 The main living room at the compound. 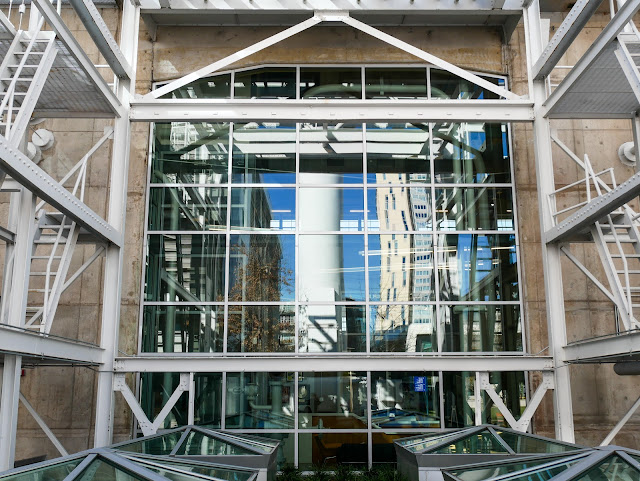 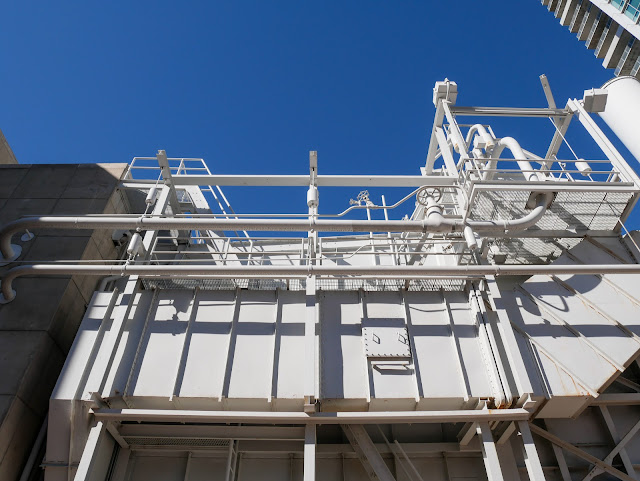 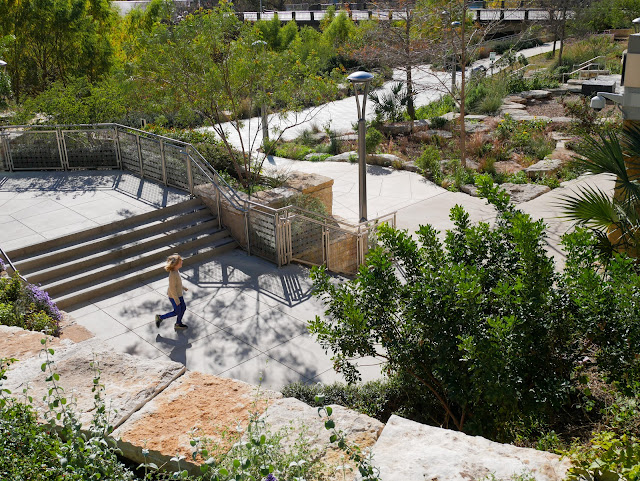 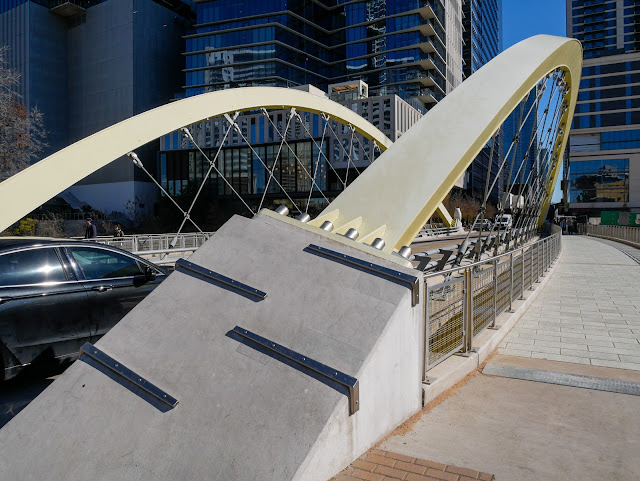 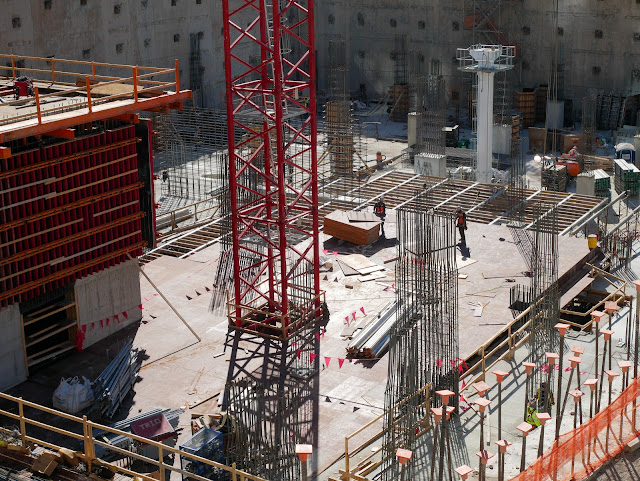 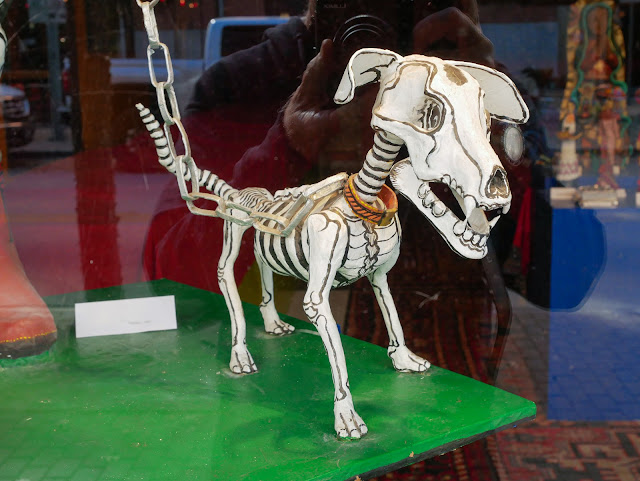 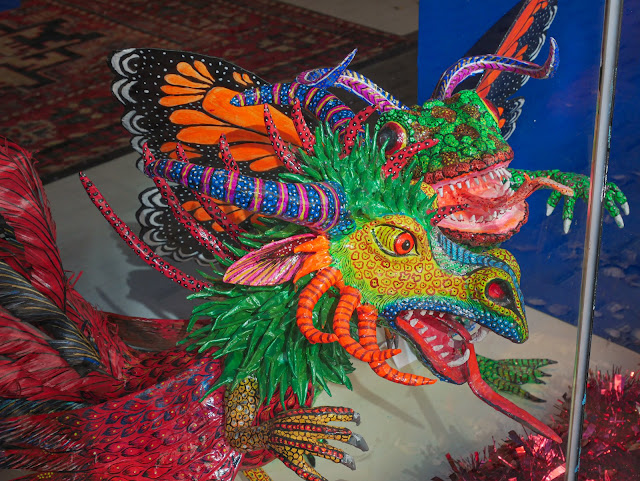 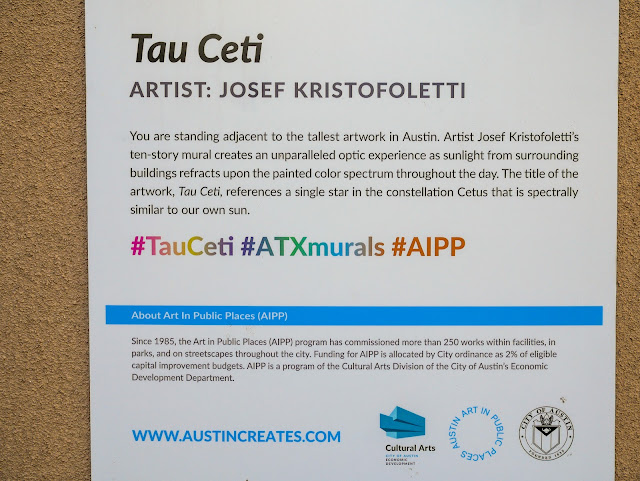 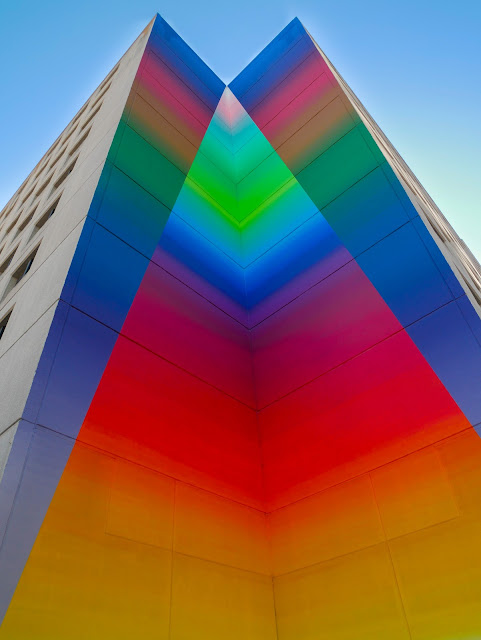 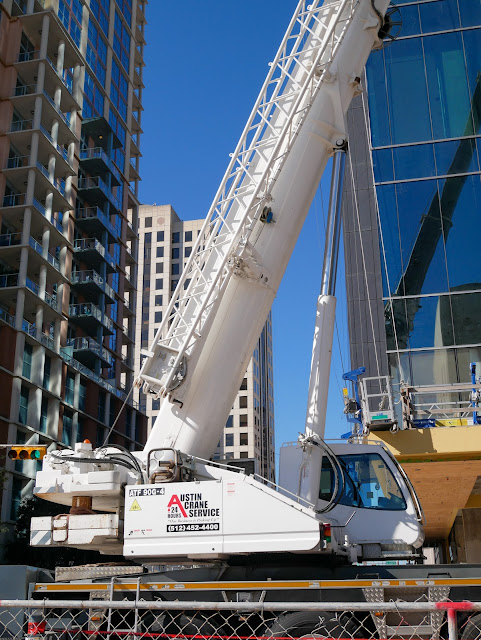 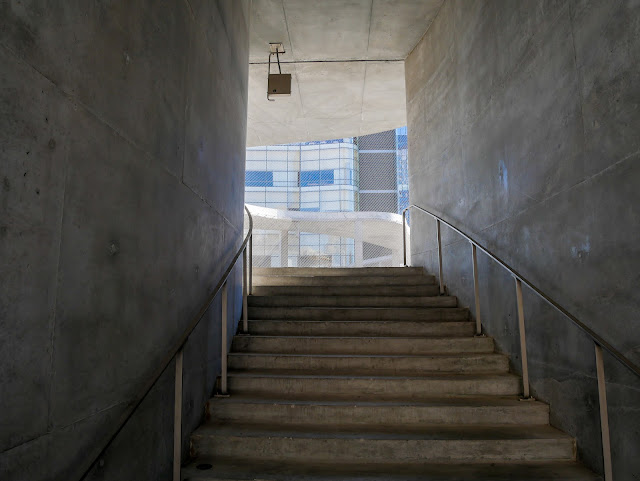 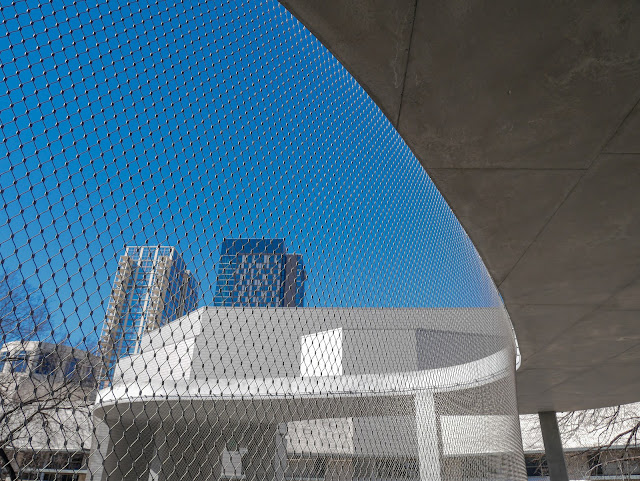 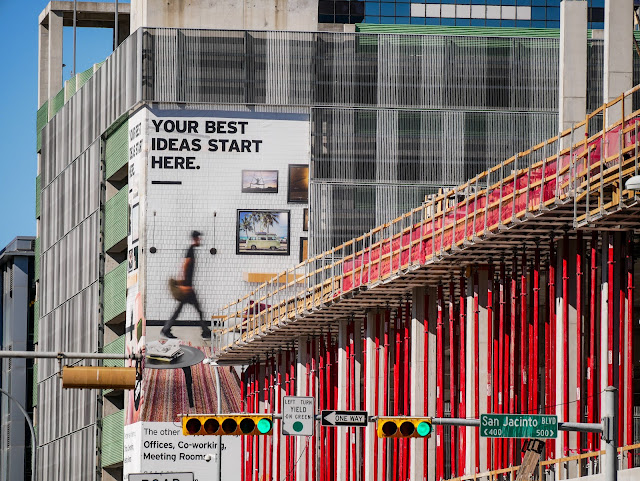 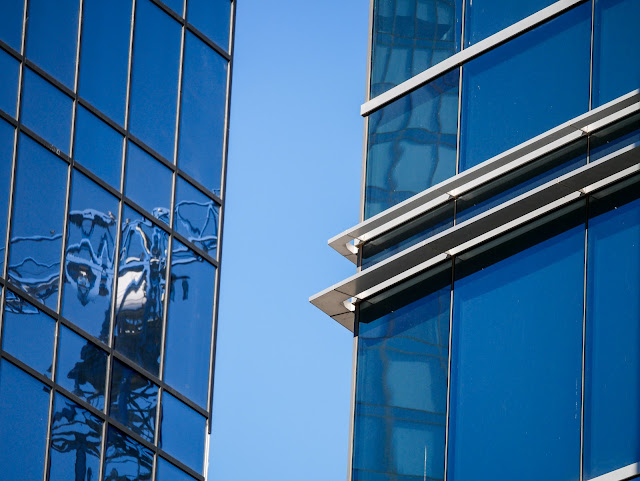 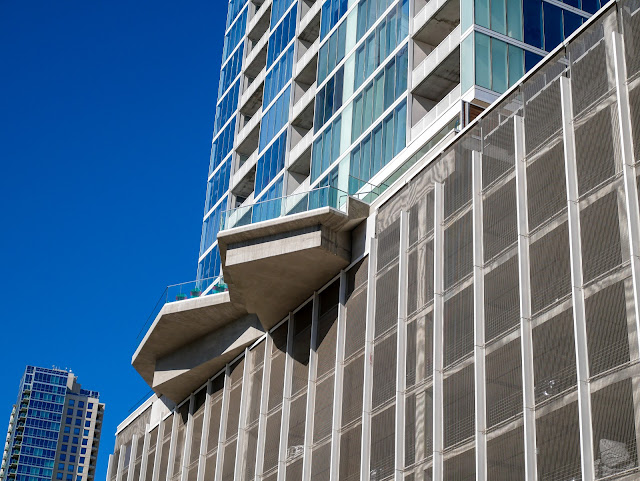