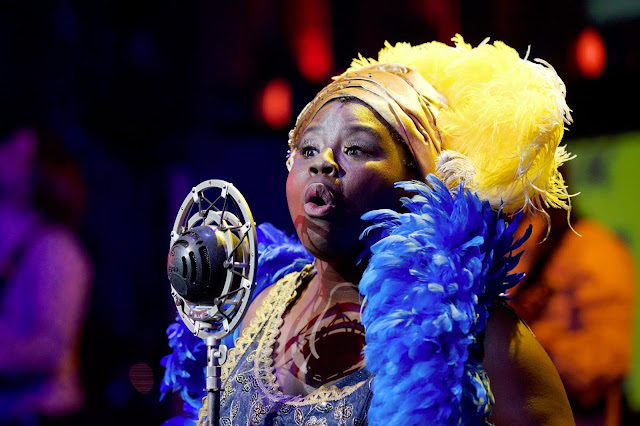 From: A Night With Janis.
Zach Theatre.
Sony SLT-99 + 70-200mm f2.8 G lens.
As crazy as it may sound I really have decided to take the rest of the year off. I have one small project left to do. It's a one day video with my friend, Kenny, next Monday. After that I've turned down all other client work. The emphasis is on "client." I'll still go out with cameras and play on my own time/dime.
There are several reasons I've decided to do this. First, my friend Michael Johnston (theonlinephotographer.com) has written so convincingly about the game of pool that I've decided I need to dedicate the rest of my life to learning it. In that way you'll have two dedicated sources of writing about pool and/or snooker for your amusement and education. No. Wait. Strike that! While Michael is an engaging writer I have NOT become enchanted by the game of pool...
But I have become a bit addicted to spending my free time with no scheduled limits.
The real reason to take a break from commercial work is that it's become....boring. It's starting to feel like the movie, starring Bill Murray: "Groundhog Day." Every job lately has felt too familiar. The glitches too predictable and the client theatrics unchanged over the decades.
I think, as Ian Fleming did about courage, that patience with clients is a finite store. Each person gets a sum of patience and goodwill to use through their professional life. When the client patience is fully spent one must exit the field of battle and either re-coup, re-direct or surrender. My hope is that a couple of months off will leave me refreshed and ready to re-engage. At best it's a nice trial run for a life of leisure. At worst I'll be chomping at the bit to get back in the race by mid-January.
But this is not just a temporary "goodbye" to wholly commercial clients. No, non-profits are no less immune to my eccentric idea of temporal personal space. They are on the "no more this year" list as well.
So, one half of my unemployment resolve is driven by boredom and a sense of endless, grinding deja vu. But the other half is a rational assessment of where the USA is with the Covid-19 Pandemic. The rate of contagion is accelerating. Really accelerating. And while Pfizer announced a successful series of tests for their vaccine it will really be months and months until it becomes initially available. And who knows how long until it's widely available by regular folks like me? Hell. I live in a red state. They may outlaw the vaccines as being witchcraft...
I'm no longer willing to take any chances with the virus that I don't need to. It only takes a brief encounter with one person whose judgement is poor to ruin everything. I think most functioning adults have realized by now that there should not be anything political attached to our collective response. Austin, Texas has a citywide mask mandate now and I think that's a good thing. It will be in place through the end of the year.
I know that everyone talks a good game when they need to come to work. They wear a mask and, sometimes, even try to distance from each other. But I have no way of knowing if they spent their weekend in a packed choir practice, a mosh pit, or just sitting in a crowded bar somewhere out of town, soaking up the ambiance, and a deadly contagion, and then heading in to work after grabbing their well used face mask out of the ashtray in their car. I can vote with my presence or absence on this one.
More time to write. More time to swim. More time to have lunch with Ben and Belinda around the dining room table as the leaves fall off the trees and the cold weather makes coffee taste even better.
And, being a contrarian, and just a hint mean, I'm having fun listening to client reactions as I explain to them that I don't think it's prudent to work right now. But thanks anyway. Call me after the vaccine comes out. I'll want to see that note from your doctor...
Posted by Kirk, Photographer/Writer at 15:00 22 comments:

Heading into retro camera investing with a vengeance. Well, maybe I just bought another used camera... 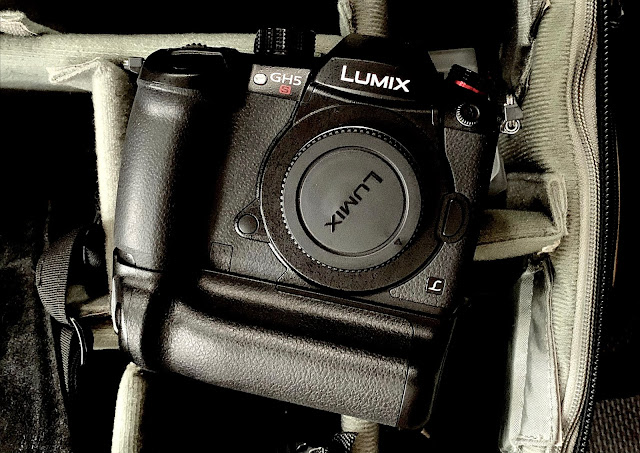