The joys of home ownership. Off topic? Not for me... 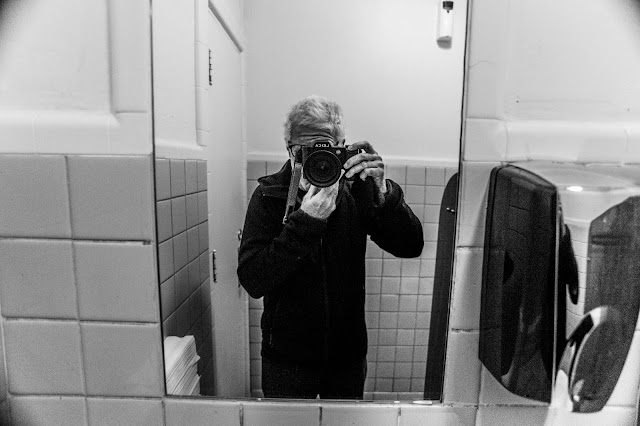 In Canada, our shut-off valves are inside the house, usually in the basement. All Canadian homes have basements as far as I know because we need to have our foundations poured below the frost line (further than 6ft down). This prevents foundations from shifting due to freezing. Also a convenient place to have your heating/air conditioning, water heater and electrical panel. We also have another shut-off valve out by the end of the front lawn which shuts off the water from the city line into the house. And shut off valves at the water heater of course.

My father was a plumber so I learned all my plumbing knowledge from him. I used to be able to weld copper pipe when I was younger but I don't do that now. Most plumbing issues I can correct myself but I know when I'm beat and I'm happy to call in a professional. Unfortunately, I'm a DIYer. While it's good to have this knowledge and these abilities I have a garage full of tools for everything imaginable and much of my free time is spent working on projects around the house. It's a double-edged sword. I've saved a lot of money doing much of my own work and I also have the pride in knowing much of what people see in my home was done by me. However, the cost has been time. I work slowly and much of my free time is dedicated to these home projects.

Was it the shower faucet valve for the hot water?
Living in a 60 yr old Texas house myself, so always curious what could go wrong next and how it got repaired. Meanwhile got an S5 at least partially on your use of it and “review”. Should ease my FF itch for at least a while. Ciao and enjoy the holiday food.

Are you really that sure about the raccoons? Asking for a friend...

Ed, Yes. The shower faucet valve for hot water. Just total failure. Make sure you know where that cut off valve is!

Loving the S5. Great camera. I used it for two jobs last week!

Plumbing failures in an old house: check!
Plumbing problems at an hour before midnight: check!
Plumbing contractors who will respond quickly: check!
Temporary workarounds until the plumber arrives: check!

Yup: home ownership sucks. But, as they say about aging, it's better than the alternative.

Buy yourself a few threaded pipe caps that fit your water lines in kitchen and bath. If that ever happens again, shut off the water main, screw off the shower head, and screw on the cap and turn the water back on. This way you still have water for the rest of the house while you’ve isolate the problem spot.

In my experience, water heaters tend to fail when you're out of the country, and greet you with a sodden carpet and belongings when you return home from a 10-hour flight. And so much for that hot shower you were looking forward to...

having some "shall I buy one and flip it" thoughts, I expect lots of people will be...

that particular deal seems to be at park cameras only, it's the f4 version of the 70-200mm

well, having decided to sleep on it they've yoinked that particular offer after a few hours seemingly, and replaced it with £250 straight discount on the lens bought by itself, park cameras are the masters at seducing me into impulse buys, it was a good deal on the dmw-xlr1 on cyber monday last year which kind of led to me hanging onto my gh5s for longer than I probably should have done... but another store, wex, have suspiciously removed their discount on that lens, I try not to be jerked around by flash offers if I can, olympus have just emailed some 50% off offers on the EM1 mk3 and a fancy lens... I've been impulse buying stock in an american physiotherapy chain on the advice of a youtuber, it's ATIP, he thinks it's being heavily shorted, price was $10 then dropped to $4 then $3, I thought I should get some, then went back to $4, then at $1.80 I got round to it, surely it won't go lower, then it went to $1, at the moment it's about 50c, I've averaged down to about 71c now, he's a retired broker this guy, his theory is that there are people trying to short it at this level who are going to get caught out, if people buy the stock, he was right about gamestop, if it gets back to $10 it'll be a nice payoff, or if the price stays below $1 for another 3 weeks maybe it'll be delisted from the exchange...