Packing for vacation is a whole different thing than packing for work. Cameras and luggage... 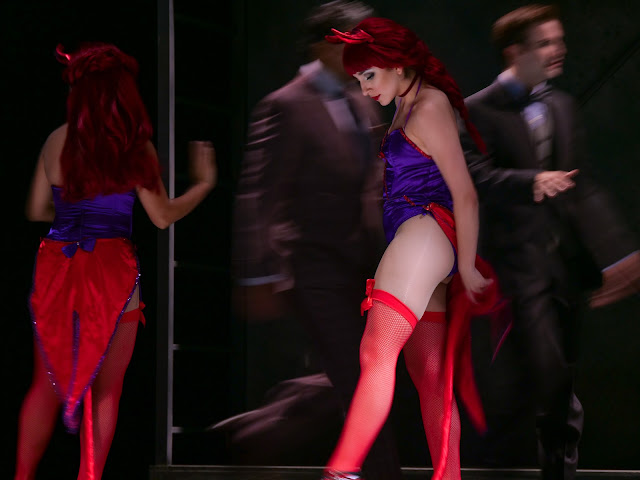 It's been a couple of years since I traveled extensively for business. I think back to the Fall of 2018 when I did something like 18 round trips around the USA working on an annual report. Trips that took me from high up in the Virginia mountains one day and into the heat soaked Florida Everglades the next.

Those trips were planned for the ultimate efficiency in getting time on the ground during the daylight hours for shooting. And, when traveling in and out of small airports on small planes, the turnaround times and luggage restrictions were quite a bit to juggle.

One had to pack for multiple climates and with the knowledge that you might need both dress shoes and waterproof boots in the same day, along with a cold weather wear and also sunscreen and a sun protective hat.

When it came to camera gear I needed to pack enough stuff to be able light subjects in different environmental conditions and I needed to bring enough back-up great to keep the job from going south if we lost, damaged or otherwise destroyed a light, a camera or a lens. Or all three. We also needed light stands, modifiers and a tripod. And batteries. Lots and lots of batteries.

I'm used to being highly strategic and pretty tightly wound on work trips and that makes it hard to unwind and be relaxed about vacation travel such as we'll be embarking on in the next few days.

We're flying on big planes and in both directions there is only one stop (darn it! Air Canada had a direct from Austin to Vancouver but only during "high" season --- not when I want to use it...). I keep trying to get it through my head that if we miss a connection the bottom won't fall out of a "once in a lifetime" job. Nothing bad will happen. No clients will be lost. There's very little on a vacation trip that can't be solved with the application of credit card magic.

B. is a great, calm and relaxed traveler at all times. I am her polar opposite but I'm trying as hard as I can to channel her travel mentorship. We booked a top rated hotel in the middle of the area we identified as the absolute best location. We booked good seats. We don't have a budget we're trying to hit. There's no huge project looming over me when we get back home. And then... there's packing.

B. is petite. Her shoes are smaller so she gets to take two pairs. Her clothes are smaller so her bag can hold more quantity. She's convinced me to try and get everything I'm bringing into one regulation carry on bag. She has already demonstrated her ability to pack the identical model of Osprey luggage with room to spare. I'm struggling because I wanted to bring more shoes, more variation in weather gear, etc.

She laughs at me because I can walk into a store and buy everything I might need off the rack. She insists that I don't need "back up" anything because if I find the lack of something that didn't make it into a suitcase I can buy said product just about anywhere.

I just finished re-packing clothes for the third time. I tossed out the second pair of hiking boots and one layer of insulation. We won't even see weather under freezing; if the forecasts are correct. But we've got enough SmartWool to open an REI outlet.

Cameras for B. are simple. Walk out to the studio. Find the Sony RX100 in a drawer. Grab the two extra batteries and the charger. Insert the 16GB SD card. Set menu. Charge batts. Toss in suitcase. Done.

Me? I've made a whole ordeal of it. Too many choices, for sure. Just when I think I've narrowed it down I turn and look at a shelf and think, "Maybe I should go the other direction and pull out that old Deardorf 8x10 that's been sitting around unused for 20 years. I wonder if there's enough time to order 100 sheets of black and white film.... And  how would I pack it?"

I think I've made my final choice but I won't mention it right now because I don't want to jinx it and open myself up to a whole new episode of, "which camera and lens is the magical one?" Again.

Let's just say that I've got one camera picked out and one lens. I've got three batteries total. I've never packed this small. But as one wag told me in an email: "Don't worry if you mis-packed and now regret your choices. There are three Leica dealers in the Vancouver area." Instant comfort zone.

One more post tomorrow... unless I have to re-pack...

Posted by Kirk, Photographer/Writer at 17:47 27 comments:

Any luck getting to MJ's site (TheOnlinePhotographer)? Seems like Typepad is struggling....

Just a quick note. I know that Michael Johnston let everyone know last week that Typepad (his blog host) would be down for maintenance this weekend but it appears that "maintenance" has spilled over into this week too.

MJ will return as soon as Typepad gets their poop together; I'm certain. So don't go anywhere.

There seems to be a bit of chaos all over the net today. Instagram is dropping accounts and followers left and right. Twitter is seeing some outages (Elon Sucks). And there's a general feeling of connection disquiet that can be felt.

I guess we all need to take a deep breath and relax. Maybe turn off the feed and hop in a pool. Get some yards in. Feel the chill, as it were.

On a different note, the new lens has been accepted into the fold. A filter for it arrived today. I don't normally use protection filters but it's supposed to rain a lot while I'm in Vancouver and I thought I'd rather keep rubbing a filter with a cleaning cloth instead of grinding my microfiber cloth into the front element. I'll ask for forgiveness later. Lens shade also arriving --- just in time.

Posted by Kirk, Photographer/Writer at 11:35 9 comments: