A cool, wet and windy day for a swim. Thoughts about work. 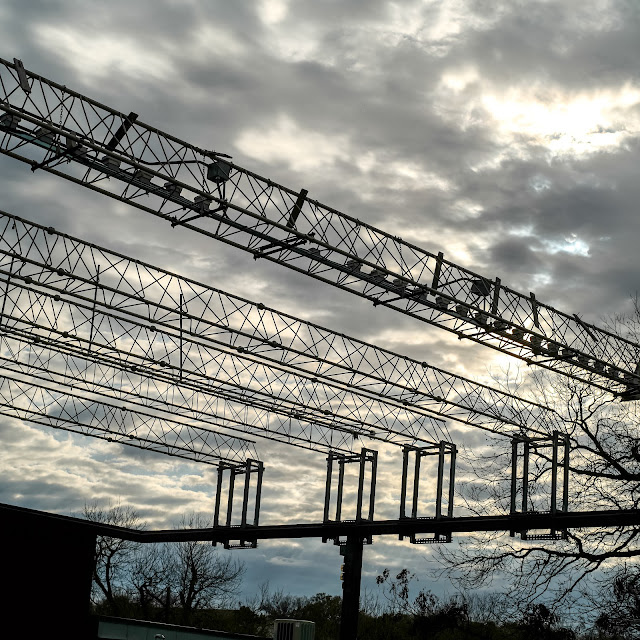 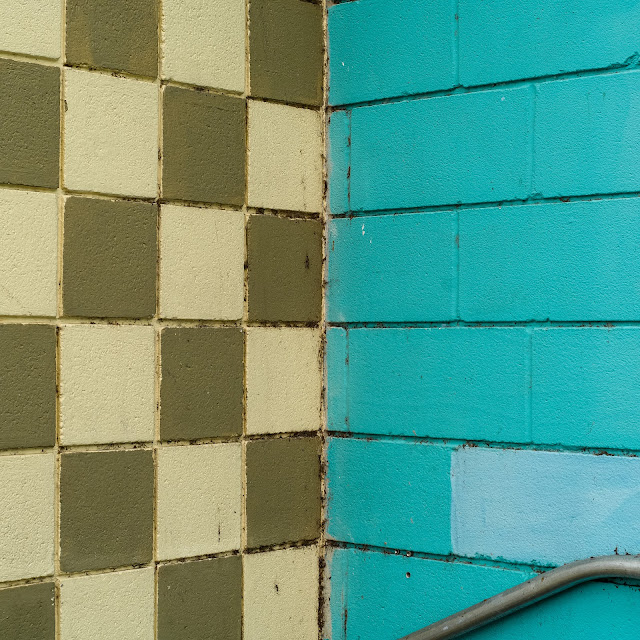 A detail of intersecting walls at the Zilker Hillside Theater.
And yes, the base ISO of the Leica SL is indeed 50.
I only swam five days last week. It was enough. I tossed in enough long walks, enough strength training and the usual dosage of flexibility exercises. I'm going to stop encouraging people to exercise. Everyone I know went to college, knows how to do basic research and has heard about the benefits of exercising over and over again. If they've hit their 60s with other priorities I'm not going to change them now.
But it sure feels good to feel good. Have a great, warm and dry day. Drink nice coffee. Chat with friends. Life is unpredictable but it's better than ever.
Posted by Kirk, Photographer/Writer at 11:36

Ha! One of the few profound ways we differ. Slippers and heavy socks before my feet touch the floor.

Please keep doing this, really, please. I went to college too but it helps keep me on track. I did some bottling today, on a small plant, about 6500 liters, but I still feel guilty for not doing 1-2 hours on Zwift.

Hi Kirk, thanks so much for greeting me yesterday at Barton Springs. Your website is beautiful and an inspiration for me to put one together. I am 81 yrs and not very net savy, but I can get my grandson to help me. As I mentioned, when I visit my daughters here in Austin I love to meander around the parks, snapping pics and offering photo cards to folks I meet, as well as the worker bees, wherever I go, Wheatsville Co-Op(where I sell my greeting cards), HEB, ACE hardware, Jerry's Artaramma, etc. Some ask if I have a website. Some ask where the pic was taken, and I get to spin yarns about a remote estero in Mexico, a treeline lake in the Rocky Mnts, Loop road in the Florida everglades, etc, etc. Am I face-to-face blogging? Anyway, thanks again and keep up the good work.

By the way, I have also have the omicron varient of vintage lens fever. My favorites are the Pentax smc 85mm f1.8, sharp and nice bokeh, and the Minolta rokkor 45mm f2, a nice walk around lens, sharp and contrasty, and a surprisingly good Rexagon mc 28mm f2.8, reasonably sharp wide open and ~10" close focus.