Are there limits to the amount of sausage one should eat in one sitting? If so, are those limits clearly defined? Image from my last, large format, editorial assignment. Not that long ago... 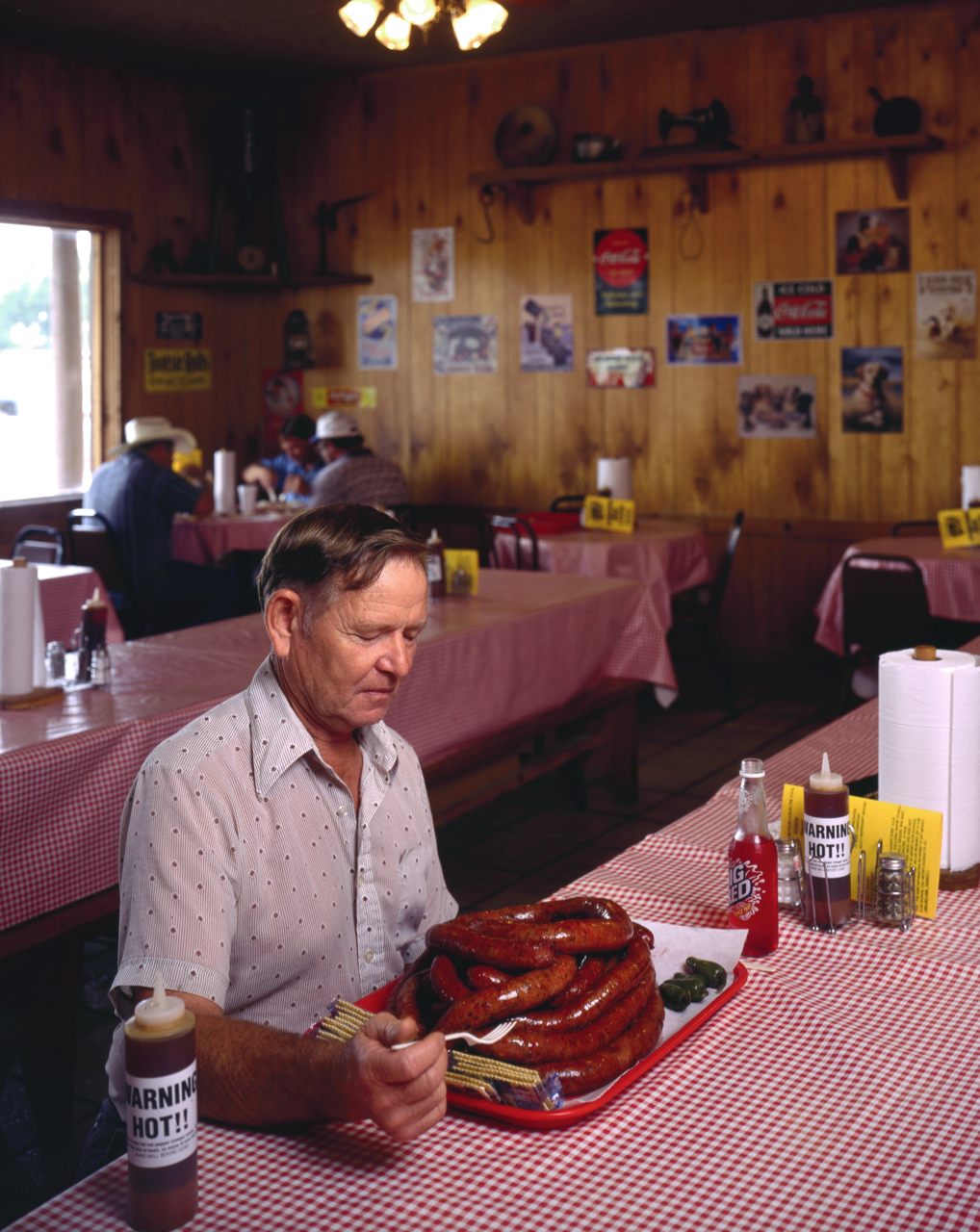 Set up image at a BBQ restaurant in Elgin, Texas.

About ten years ago I got the assignment to do a profile on the city of Elgin, Texas by Texas Highways Magazine. I was fascinated at the time with 4x5 inch, large format photography and asked the art director if it would be okay (and within the budget) to shoot the project on 4x5" inch transparency film. He thought it would be a great idea.

I headed to Elgin three or four times to get everything I wanted for the article. I was carrying a Linhof TechniKarden folding technical view camera with Zeiss and Schneider lenses. Because of color considerations and the slow, slow speed of the film we mostly worked with then I did a lot of lighting in interior locations. This image was lit with strobe, modified with a big softball, from the right of the camera.

Shooting with the view camera was a much, much slower way to work. I averaged six or seven different scenes or set-ups per day. Most set-ups got eight to twelve shots, four to six were variations while the other four to six were in camera duplicates for safety. You know, in case the lab ruined one...

I look back fondly at that assignment. The images were fun and they were always a challenge to make. Nothing really beats making a photographer feel the work like diving under a black dark cloth to check focus and composition when one is standing in direct sun and the temperature is hovering around 105 degrees.

Two coolers in the car: one for my drinking water and the other for the film. Good times.


And yes, it is true. You really don't want to know how they make that sausage... 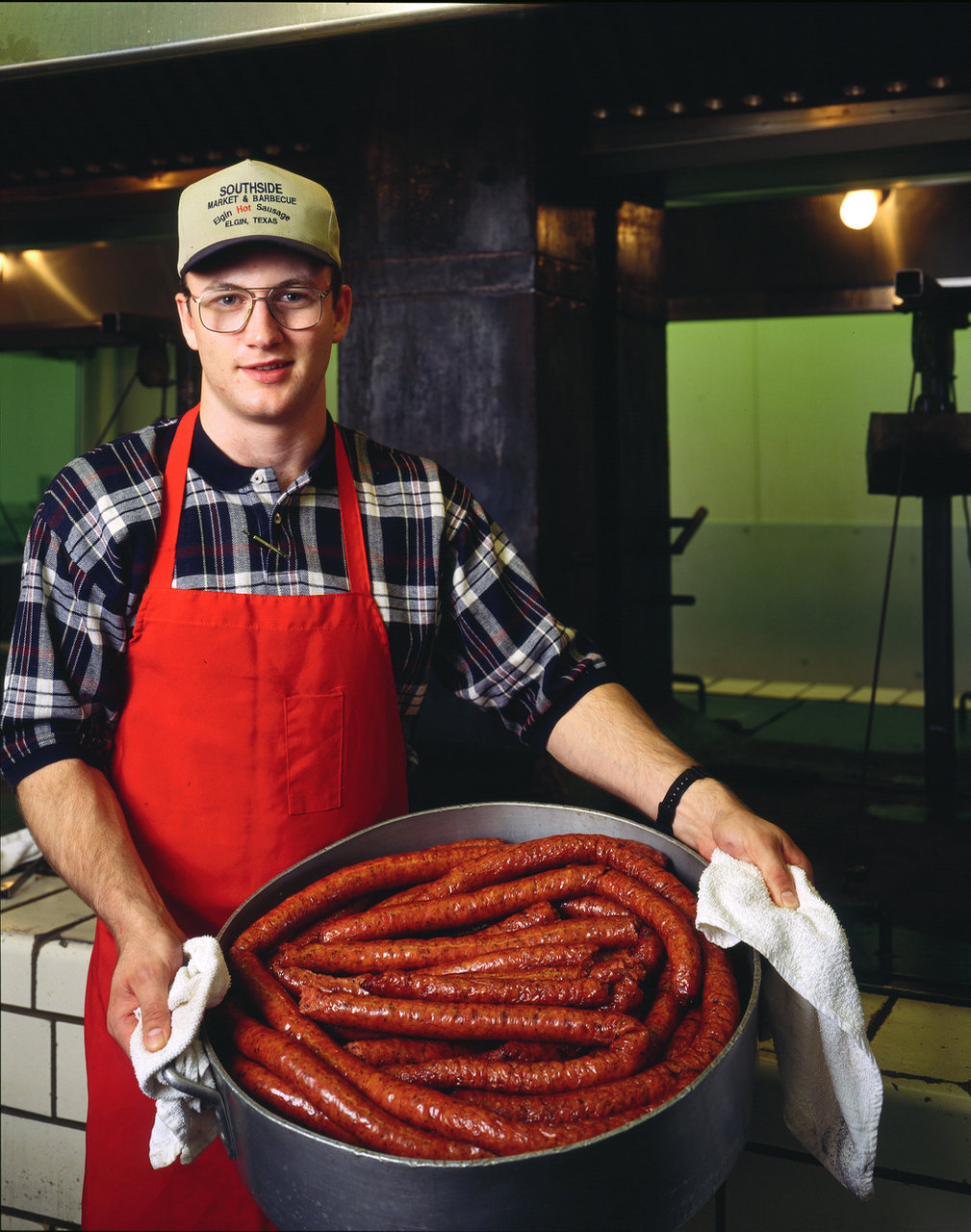 Posted by Kirk Tuck, Photographer/Writer at 15:23

Dang! That film looks a lot different from digital. It's better.

Wonderful shots. I am pretty sure I have eaten in that particular place back in the day. When did you stop doing LF as the routine, as opposed to a special occasion like this one?