A quick look around the studio at the lighting, etc. from yesterday's shoot. 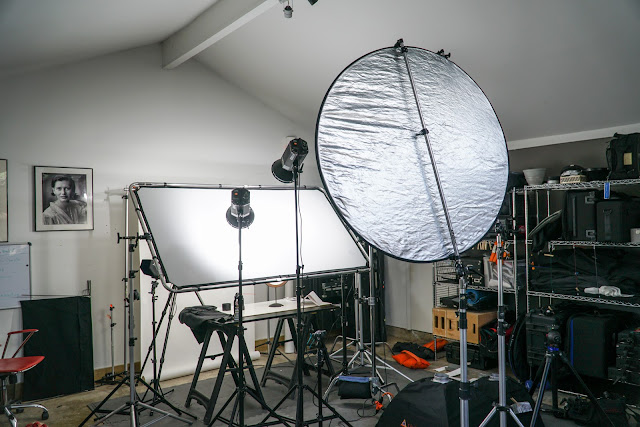 We started with two soft boxes for our main lighting and used the 4x6 foot panel as an overhead "wash" light but some objects really wanted to be lit from above and skirted with black to read correctly. The big, silver reflector in the foreground is black on the opposite side and is blocking light from outside a window that was making a tiny reflection on one particularly shiny object. Count the number of light stands....overkill. 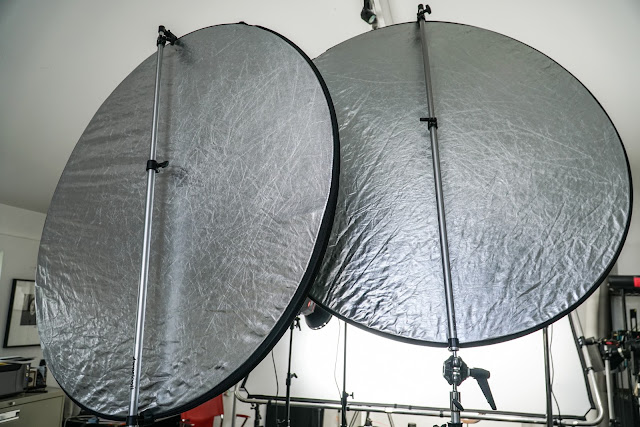 Common 5-in-1 reflectors are cheap and ultra-handy in and out of the studio. Silver to block the light coming through windows, black on the other side to kill reflections. Turn the covers inside out and you have one gold reflective side and white on the other. Lose the covers altogether and you get a diffusion disk that's great for doing Minimalist Lighting (tm) set ups. I also use them outside. Silver toward the sun with the talent underneath for shade. The black helps subtract light from above and it's easier on the eyes. 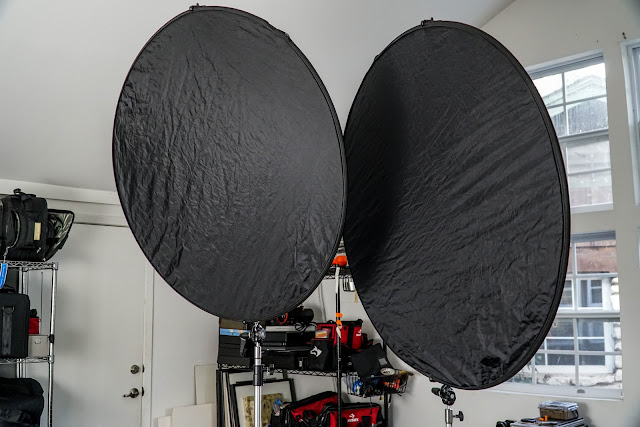 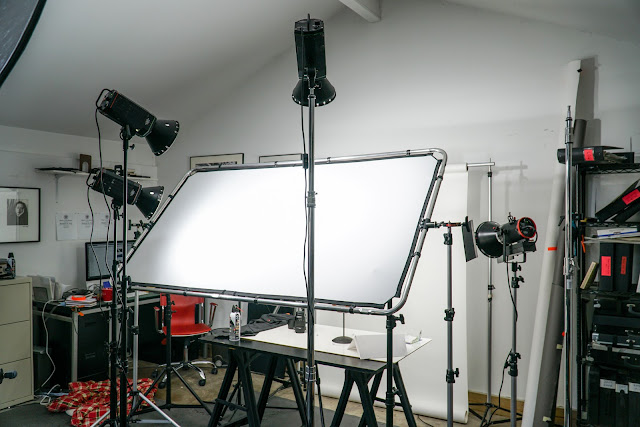 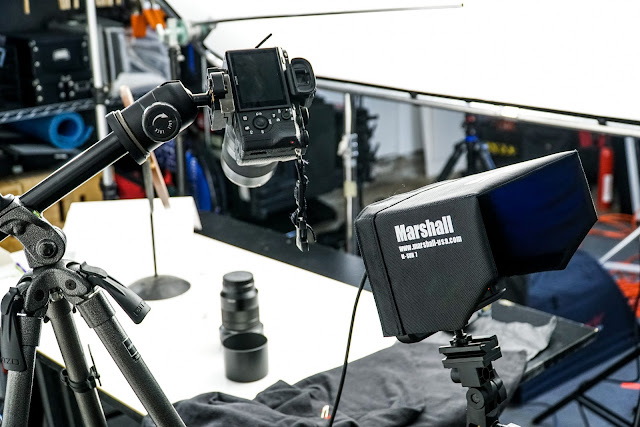 This is the reverse angle to the shots above. We wanted backlight for one really cool, highly machined product and it was the perfect setup. The Marshall monitor in the foreground (right) works well and moves super quick. It's plugged into the HDMI port of the A7Rii. Love the side arm on the Gitzo tripod. Need to find a side arm for the much bigger Benro... 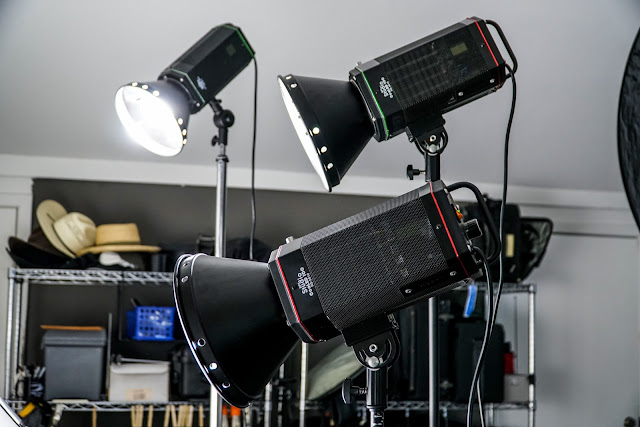 These three lights do most of the heavy lifting (light-wise) around the studio and on most corporate locations. Clients seem to find flash on location disruptive. I just like the WYSIWYG nature of the LEDs (and all continuous lighting). 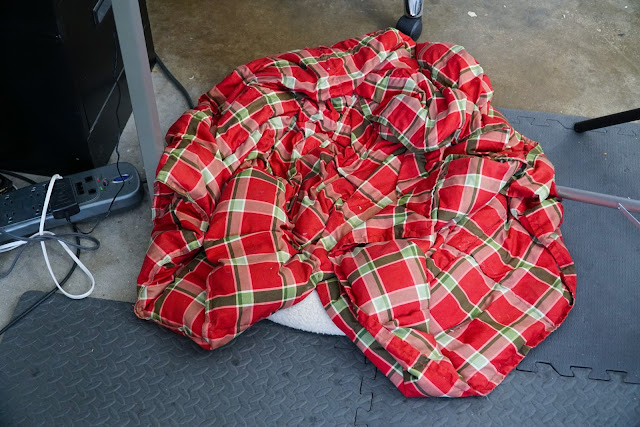 Vital furnishing. This is Studio Dog's down comforter on top of her oval shaped bed. She generally likes to be comfortable if she needs to supervise both a photographer and an art director.
She would often get up and circle the studio as I worked to make sure none of the cables or sandbags needed a warning growl.

Just a quick post to show how messy I get when I'm working on a project.


Posted by Kirk Tuck, Photographer/Writer at 18:18

I get the sense that light stands are to the photographer's what the C-clamp is to the woodworker. It doesn't actually matter how many you have, you will routinely not have enough of them, or not enough of the right size/sort.

Hey Kirk, I noticed that you're not using an L-plate with your camera body. Is this combination light enough that you can easily shoot vertical shots without the camera positioned directly over the ballhead?

Hi Jim, the A7Rii and the Rokinon 100mm together are light enough to use with both ball heads either in a vertical orientation or any orientation off dead level. Same with the RX10iii. It gets much, much dicier with a heavier lens like the 135mm f2.0. Then we start seeing the camera slip around on the tripod screw. Wish that lens had a collar...

Andrew, I've never had enough stands. What probably doesn't show well in the photos above are the C-Stands holding arms which are holding little black flags that we used to subdue unwanted reflections... When I go to the camera store I am always on the lookout for bargains on used light stands. Bought three heavy duty Manfrotto stands in a decent, black canvas case a few weeks back for $100. I was more excited by that find than the lens I bought the week before!