Just a few more images from our dress rehearsal shoot from Zach Theatre's production of "Priscilla, Queen of the Desert." 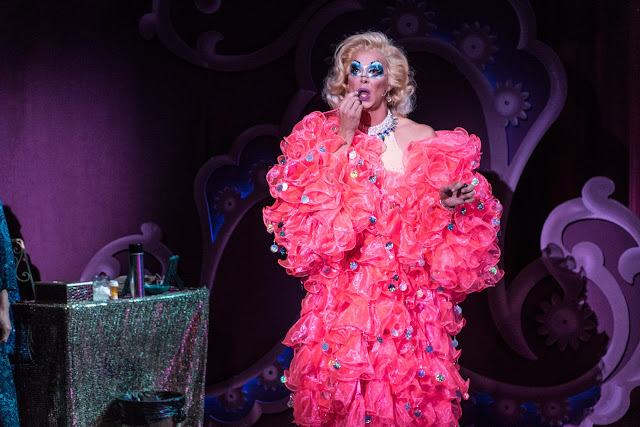 In the week since I shot this work for Zach Theatre the marketing staff at the theater has done an incredible job leveraging social media to ramp up interest in the production of Priscilla, Queen of the Desert. American Theater Magazine is using one of my shots on the masthead of their website and on their Facebook page while the number of people who've commented on the images at Zach's Facebook page is enormous. They've used some of our rehearsal photos to make a web video, others to make printed and web delivered post cards, and they aren't slowing down. It's wonderful for an advertising photographer to see images I've shot go viral within our theater community, and all the way to various outlets out-of-state. The whipped creme and cherry for me is that I get a photo credit on each image and every use. From the public relations use in traditional newspapers to the edge of the posters. Seeing a credit is standard for editorial photographers but less frequent in advertising materials. Thank you! Zach Theatre for acknowledging my contribution!

After the high energy of the Priscilla rehearsals and performances you'd think I'd be ready to move on to something else but I'm heading back tonight (without a camera) to see the Champagne Opening from a different vantage point: As an actual audience member, unencumbered by the need to hold a camera in front of my face. I want to see the whole arc of the production, just sitting in a comfy seat next to my date (the wonderful Belinda).

Since documenting Priscilla I've braved the Austin City Limits Music Festival traffic to come back over to Zach and photograph last Saturday's dress rehearsal for a children's play on the Nowland Stage, next door. It was a very well done production of Charlotte's Web. I used the same two Sony cameras but made one lens change. I got much use from the Sony a6300 + 18-105mm f4.0 G but I switched out the lens on the A7Rii, using the Zeiss 24-70mm f4.0 instead of the 70-200mm f4.0. The reason? The smaller theater is much more intimate and I can stand right at the edge of the stage to shoot. It's heaven. I'd forgotten just how great a feeling of depth is conveyed when getting close to an actor with a wider angle and seeing the forced perspective with the background. It feels so much more three dimensional than shooting further back with longer lenses.

Since the Austin City Limits Festival closes most of the roads around the theater area and floods the surrounding streets with car traffic I actually packed my cameras and lenses into a small, moss green, Tenba backpack and hiked from the edge of our neighborhood to the theater. Right through the middle of the music loving hordes crowding the street (closed to cars) in front of the music venue. From the end of Rollingwood Drive to the front door of the studio it's a half hour walk at a brisk pace. I was already warmed up and ready to go when I got to the auditorium. And I didn't have to search endlessly for (non-existent) parking...

While the main stage at Zach (the new Topfer Theatre) uses a mix of mostly LED and some gelled tungsten lights and the smaller theater is still all tungsten I had to make allowances for the differences in color temperature and also lighting intensity. In the big theater I'm generally setting white balances around 4400K while in the smaller theater it's more in the range of 2900K to 3300K. It's also about one full stop darker, on average, for a stage wash in the smaller theater.

So tonight I'm an audience member but tomorrow evening I'll be shooting for another great theater here in Austin, Texas. It's Esther's Follies. It's a famous troupe that's been down on Sixth Street for as long as I can remember. They are masters of comedy and political satire. Heck, they'll satire just about anything, and Texas politicians give them a rich potpourri of targets at which to aim. I've done a number of "set-up" shoots for them over the years. Set-up shoots are when you come to rehearsal and they stage a grouping and "look" for the more popular or highly visual skits. In these instances you have the ability to shoot the "peak" moment over and over again until you (photographer) get exactly what you want. It's different than shooting dress rehearsals or shows with full audiences. This will be my first project for Esther's Follies with a full audience in the house.

Tomorrow night I'll head to Esther's Follies early enough to capture images of people getting ready, getting into costumes and make-up, and then I'll find a spot that gives me an unimpeded view of the stage and spend the rest of the evening shooting the live show. I have the idea that I'll be using fast primes in the dressing rooms and versatile zooms from my fixed position during the show. Nice to shoot theater in a different space and with a different cast and crew.

If you live in Austin you owe it to yourself to get out and see some of the incredible stuff that's going on with our local entertainment industry. Sure, you can go to a big show like ACL but that's like the McDonalds of entertainment. Places like Zach Theatre and Esther's Follies are more like fine dining. It's a deeper, richer and more Austin-based experience. And you don't have to sit in a field, in the dirt. 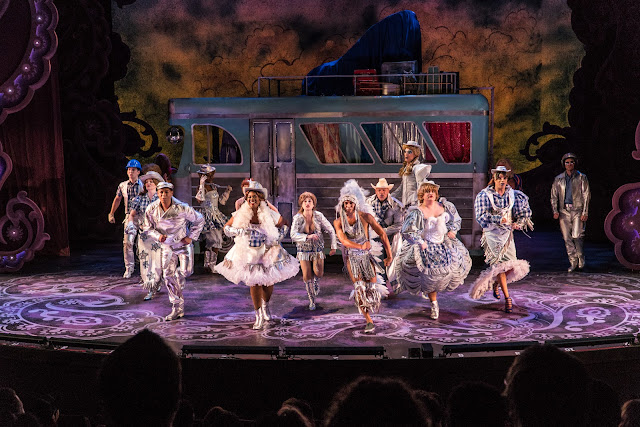 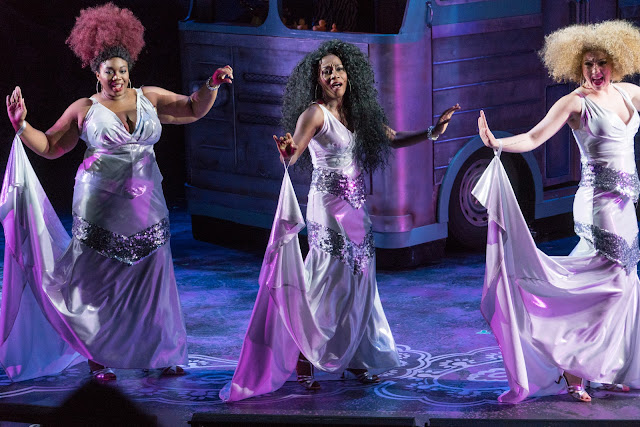 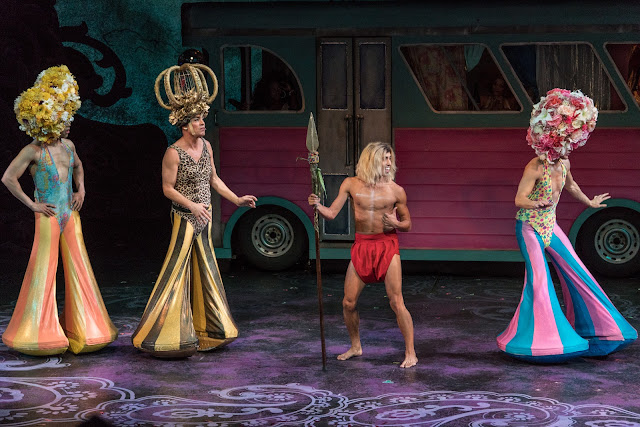 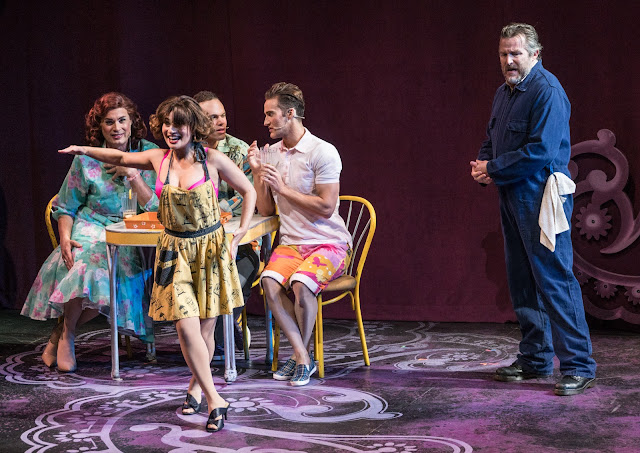 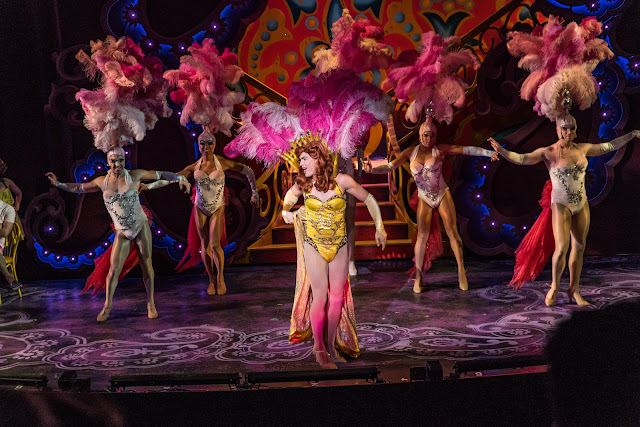 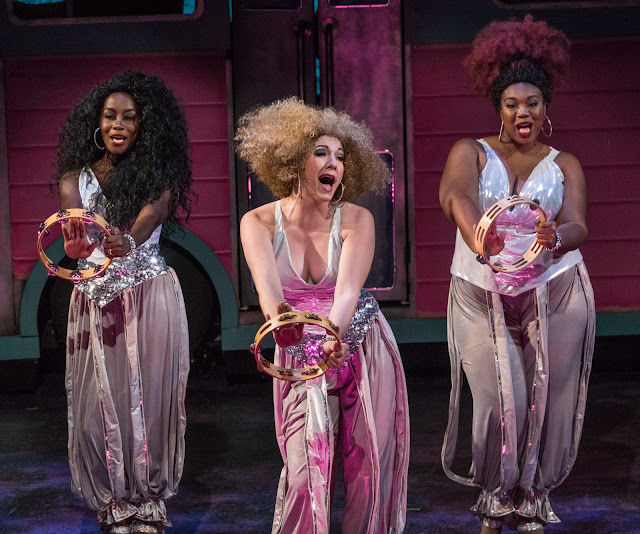 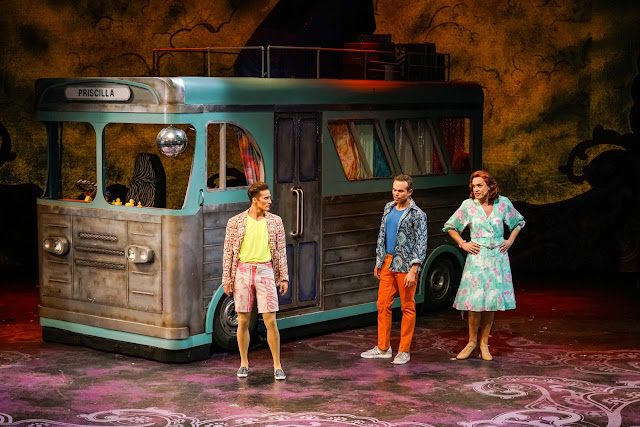 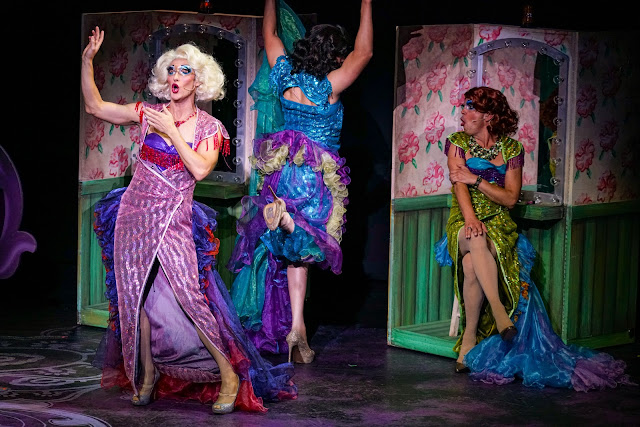 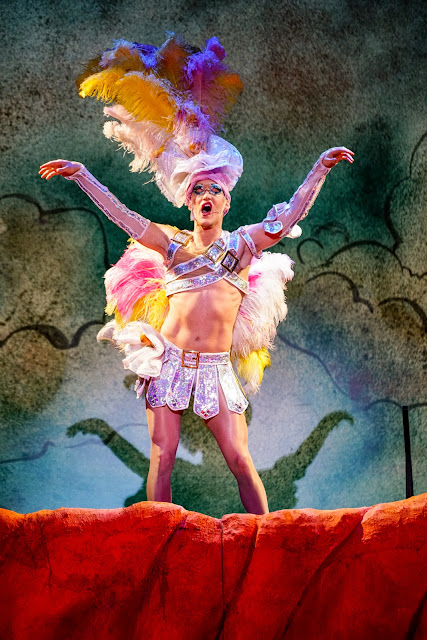 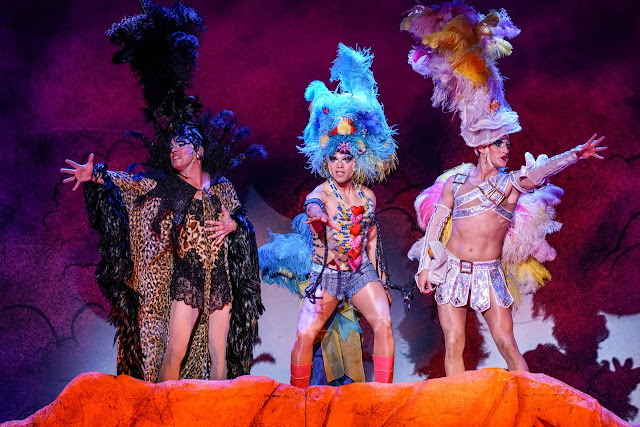 Posted by Kirk Tuck, Photographer/Writer at 11:08