A good, small working system. Right under my nose. 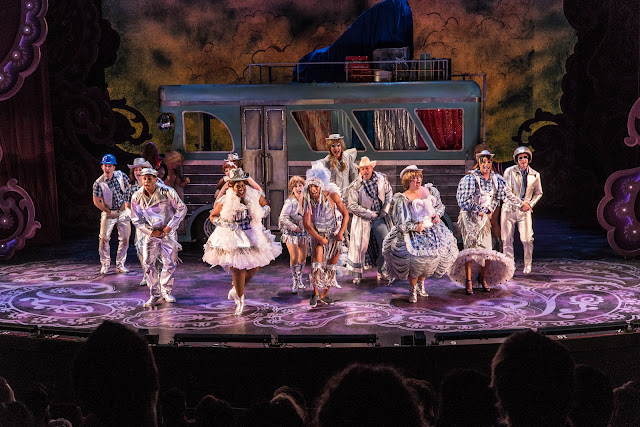 In the 1990s I spent a great deal of time shooting with a small Leica system. Usually a couple of M6 cameras (the .72 and .85) as well as the 24mm, the 50mm and 90mm focal lengths. All five items fit into a small, Domke shoulder bag and were never the kind of burden I've since experienced with a couple of full sized DSLRs and the usual "Holy Trinity" of zoom lenses: The 17-35mm f2.8, 24-70mm f2.8 and the monstrous 70-200mm f2.8. Those five pieces in a bag would quickly make one's spine lopsided or the small of one's back a war zone.

It's seems like all but most dense or the most physically courageous have left the punishing load of cameras behind and embraced some of the smaller systems. A good idea unless someone is paying you thousands of dollars per day to haul the freight. As a (hard) working professional who carries his own bags I'm still a bit stuck. I'm using the Sony full frame A7 series and while the two bodies I use are lighter and smaller than my previous gear I would not be gaining much (or, indeed, any) advantage once I added in Sony's gargantuan, fast zoom optics. Their 16-35mm, 24-70mm and 70-200mm f2.8 lenses are no smaller or lighter than anyone else's and, in most cases are a bit more weighty.

My workaround for the Sony system is the same one I used for the previous Canon system: get better optical performance and less of a physical workout by purchasing and using the same basic lenses but choose the ones with the f4.0 aperture instead of the prestige f-stops. In nearly every system the pro lenses that are one stop slower are sharper, contrastier and better corrected. I won't find out if that's true in the Sony system because I never intend to drop the money (or suffer the burden of carrying them long enough) to find out.

This past week I shot a couple of dress rehearsals for Zach Theatre. We did one for Priscilla, Queen of the Desert and we did one for a children's play, Charlotte's Web. In both cases I wanted to use cameras that were silent. At Priscilla we had a full audience and I was positioned near the videographer who was recording theater sound in addition to having a patch from the main sound board. At Charlotte I was surrounded by kids and parents and the space we were shooting in was more intimate than the main, Topfer stage.

I have two cameras that feature the option to use the shutter in a silent mode (just counting interchangeable lens models; both of my RX10ixx models have the same silent abilities), the A7Rii and the a6300. During Priscilla I shot with the 70-200mm on the A7Rii and used the 18-105mm f4.0 G lens on the a6300. They were quite silent, but here I also have a tip for people just starting out in theatrical photography or performance work: Turn off the review screen on the back. If there is an audience then chimping on a brightly illuminated screen is sure to piss off everyone behind you... Suck it up and buy a camera with an EVF and then select EVF-only for your review options. When you stop to chimp during a performance you'll just look like a guy in a partial coma instead of an indifferent asshole.

As you probably expect, the performance from the A7Rii and the big zoom lens is pretty great. Wonderful detail and the ability to be used at ISO 6400 with no worries. But the camera that made me smile both times was the a6300. It's small and light and resembles my old and nostalgically remembered Leicas. I use it mostly with fun little primes but the 18-105mm is sharp and lightweight. It's the perfect selection of focal lengths for the work I've been doing and the handing is straightforward --- at least if feels like it now that I've been using it for a good while....

Though small and light the EVF is very good and the overall response of the camera: focus, zooming, viewing and taking, is very good as well. After looking through several thousand images shot in the space of a week I can honestly say I'd feel confident going out with just that camera and lens to shoot just about anything; from a conference to a portrait session. Of course, I am "old school" so I'd want an extra body in the bag as a back-up, and while I'm taking up space with back up bodies I guess I'd also toss in a similar lens as well. No sense traveling across town or half way around the world and then suffering through a camera accident or failure.

Sony has packed a lot of capability into a very small package. One that can almost keep up with the full frame flagship from that company. I'm carrying it with me to San Antonio tomorrow. I've got meetings and obligations but what a perfect tool for pulling out of the messenger bag just to snap a few shots between the endless cups of coffee and the sometimes false camaraderie of commerce. 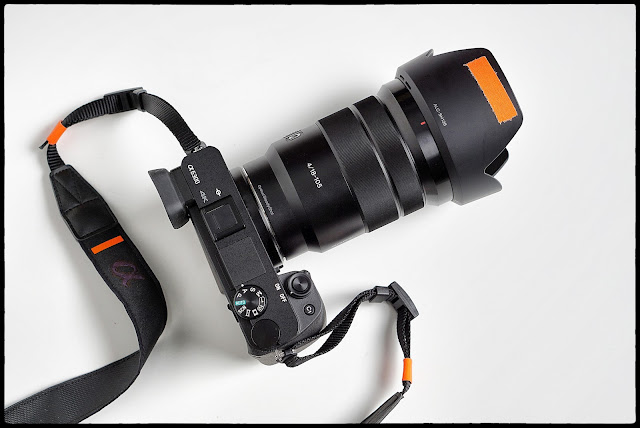 Posted by Kirk Tuck, Photographer/Writer at 17:17

I always wished that sony would release a full-frame body with an offset EVF like the A6300 or NEX-7. I think with IBIS and the huge GM lenses that isn't likely. With my FE 28, Zony 55, and Batis 85 it would still balance well I think. Ah, well. Love your theatre shots. Someday I'll get back to my roots and shoot theatre.

Please enlighten your audience about the orange tape on the lens shade and the camera strap of your A6300.

Gordon, In the theater the lights often go very dim or the house goes to black. The orange tape helps me find the right camera and shows me where the end of the lens is. The other lens on the other camera has lime green tape. I can tell the lenses and cameras apart at a glance. Especially handy if using two fairly indentical bodies...

I've been using that same lens on a NEX-7 for shooting theater here in upstate New York. While the NEX -7 doesn't have the silent shutter, the combination produces some fine results.

Do you always have straps on your cameras? The only time I dropped a camera and lens (D700 and 24 - 70 onto concrete: a bit messy and embarrassingly noisy) was because the strap got caught on something; other near misses have always involved the strap. So now, depending on the job, I might leave the straps at home.

In your career, how often have you had to go to the backup camera? Are modern cameras more or less reliable? To me, old school film bodies were meant to work forever ... modern digicams less so.

Hi Kirk
I'm this close to buying the 6300 but wondered if you can comment on the seeming dearth of direct physical controls? Many folks mention that it just doesn't quite handle like a camera. I'm also drawn to the Fuji XT2. The other issue relates to OOC B&W. I know the new Acros simulation on the Fuji can give very nice results but have you tinkered further with the work around for Sony you talked about a few weeks back? Are you happy with this approach?

I owned the 18-105 a while back. Loved the lens but at the time couldn't find a body I liked to put on the back of it. I waited for the 6300, but when Sony didn't add touchscreen I decided to stick with Panasonic.

Love the Sony image quality but find Panasonic much easier to work with. I'm addicted to the fully articulated screen, and now to touchscreen.

Like the tape idea. I have marked a lot of things -- mostly stuff I might sit down in an odd spot on location so I can find it easier. But had not thought about marking the end of the lens, or color coding lenses. I'll have to pick up some lime green on my next supply order.