A deeper immersion into a theater production than usual. A new play by Terrence McNally. A tight incorporation of ballet. The process of testing a Broadway play "out of town." 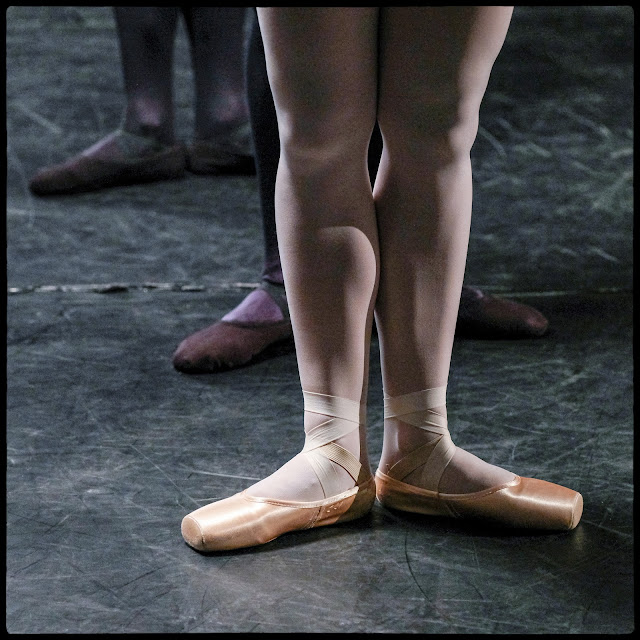 (Sorry, I can't show the full spectrum of shots yet. Embargoed until
used by the client. Just seems right. Right?)

I'm having fun with a production that Zach Theatre is putting on in Austin. Actually, the theater is more like a host because the play, "Immortal Longings" was written by three time Tony Award winner, Terrence McNally (https://en.wikipedia.org/wiki/Terrence_McNally) and he and his team (director and choreographer) are using our regional debut to perfect the whole production before it opens, nationally, in NYC.

As I understand it plays are really works in progress right up until the maiden performance with an audience, and script, blocking and choreography go through many changes before the first night.

This play is a big deal for the Zach Theatre and we're doing more photography than usual. My first engagement with the play was this past Wednesday. The marketing team arranged for a video shoot and asked me to come shadow the production crew and try to make as many good photographs of: the cast, the action, and the behind the scenes process involved in making a broadcast television spot as possible.

We worked in one of the smaller rehearsal studios and most of the space was draped in black. There were three ballet dancers from Ballet Austin in the production (I think they are also cast in the show) as well as two of the principal, dramatic actors. The space was sparsely lit and the TV crew used a selection of spotlights to create a hard light look which will match well when they convert the whole video into black and white. But what it meant for the still photographer in the room was that correct exposure was critical and there was no such thing as fill light.

With this in mind I decided to take advantage of the dynamic range enhancers built into the Fujifilm X-H1 cameras. My first move was to select Jpeg as a file format so I could make use of the 400% DR setting (available only in Jpeg). This feature requires that the ISO setting be at 800 or higher. No problem for this project....  The second thing I did was to set the color profile to Eterna. I know Fuji intends this profile for making videos without having to dip into F-Log but I find it very, very useful in high contrast, stage shooting situations for regular photography.

I used Jpegs because Fuji's X cameras tend to do a better job than I with noise handling, sharpness and all that stuff. We were basically in a black box and all the lights were traditional tungstens so the need to shoot raw files to have leeway to correct color was totally unnecessary. I'm used to judging exposure on the screen and, in TV production, there is usually ample time to step in with a light meter and get accurate exposure readings. Raw just gums up the works and adds a layer of complexity that I didn't want to deal with in post.

There was a shooting script for the video but everything was shot without sound. The commercial will run with an announcer track over a music bed, so I didn't need to worry about shutter noise. My biggest worry was trying to stay out of the spotlight beams because crossing in front of a spot would drop the exposure to next to nothing. Which would have made me persona non grata.

The video crew was working on a tight scheduled which was dictated by Actor's Equity rules. We had time from 4pm till 6:30pm to photograph the scenes with the dancers and then 6:30-8:30pm to shoot the scenes we needed with the actors. The dancers loved watching the video production and they hung out to the end. That was great, we needed them in the foreground to bring more depth to some scenes.

I brought two cameras, and a bag full of lenses but only used two. My do everything lens was the 16-55mm f2.8, used mostly at f2.8 to f4.0. My favorite lens of the evening was the 90mm f2.0 and honestly, I tried to shoehorn every shot into that focal length, sometimes standing twenty or thirty feet back just to encompass what I wanted in the frame.

I shot everything at ISOs between 2,000 and 3,200 and it looked great. I fooled around with Lightroom's new, Texture control and balanced it out with the Clarity slider. Usually 3200 was a low as I could go because I knew that any shutter speed under 1/125th of a second would be too risky for shots with the talent moving. The best compromise speed was 1/250th of a second and that's where I tried to stay for all but the darkest shots. I'd rather give up depth of field than have shots ruined by subject movement.

A lot of the imagery I photographed was dance. I didn't have the option to freeze anything with electronic flash as I was subordinate to the needs of the video crew. That meant I needed to stay around 1/250th but I also needed to accurately judge the peak of the action because in dance that's when the actor hits a momentary stasis and I had the best chance of freezing their motion with shutter speeds only.

Since it's difficult to time a peak movement exactly I did something that I rarely do; I moved the camera  off the single frame per shutter press and onto the faster frame rates, settling at 8 fps. I radically overshot and then paid for it the next day in having to sift through nearly 3,000 frames and narrow the take down to a manageable 1,000. I tweaked all 1,000 and uploaded full resolution, max quality Jpeg files to Smugmug.com and the sent along the links to the marketing team.

Our first project is done. The TV spot is headed for editing and the photos will be used in a first P.R. salvo to get the show on everyone's radar. Now I move on to the second part of our campaign... 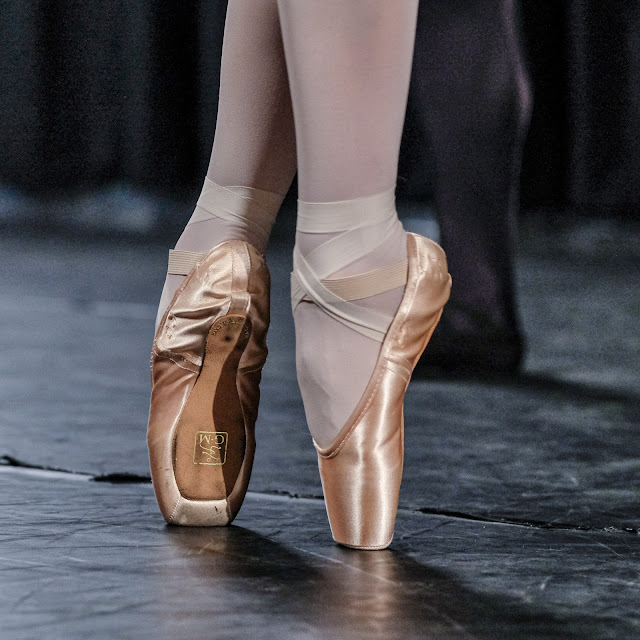 Tips: Dress in show black, you don't want to be the guy who messed up the dramatic lighting by providing your own fill.

Bring a small flash light and cover the lens with a red filter. In a dramatically lit set you probably won't be able to see inside your camera case with the ambient (non-existent) light and the flashlight will help immensely. The red filter is to keep the light level low key and to preserve whatever night vision you might have ...

While the TV crew is messing with lights don't stand around and watch, enlist the talent to help you get the detail shots that will come in handy; both for P.R. and for additional b-roll content.

Your turn comes after the video team has their take in the can. Just step in and ask the talent for one more quick take without the video camera front and center.

When the team breaks to re-light don't stand around and chat with them or the actors,  or pat each other on the back, this is your time to hit the craft service table and get a quick walking dinner (usually sandwiches and veg trays) while everyone else comes down from the momentary adrenaline bump. Don't want to starve if the shoot goes into overtime. If you wait too long all that's left on the table are chips and those dreaded roast beef sandwiches.... (although on this shoot the producer did a great and healthy job with the food).

Use one camera for each lens. Saves you from having to change lenses in the dark. Set them up identically before you get started. Then they are interchangeable when you need something a bit tighter or wider.... Bring a third, identical, back-up camera in case one of the two primary cameras has a hiccup.

Be nice to everyone. You never know who is going to grow up and become a stellar client, or partner.

Send your stuff over quick! The video takes a while to wrangle through the process. You can help your client by getting your photos over while there is downtime before the video edits start. Also, you get to be first in line so your stuff will look all new and fresh.

That's all for now.

Posted by Kirk, Photographer/Writer at 18:52

This is so helpful, as always, having somebody walk the road and then report back on the terrain. Thank you!

Thanks for the step by step details. More helpful than many tutorials. Now if I could only recall them when needed.

A camera for each lens is a must. But also a huge argument for the lighter kit Fuji, Olympus and Panasonic offer.
As a Canon shooter I hit the Ibuprofen hard when I get home.

Another great post. I'm enjoying these topics, jobs and how you go about them. I can relate. I admit I'm also interested in the gear, the Fuji gear. I'm deep in Nikon, the big "D" bodies and lenses but I've got a toe and two lenses (35+50 'crons) into an XPro2 now. I'm liking the EVF though I never thought I would. Could I really leap to an EVF system? Shouldn't I then just get a Z6? I don't know. I can't support two different systems, or I should say I shouldn't. Seeing how you approach the work and with what gear I find interesting. More please.

Great post Kirk. Are you able to show us any more of the images yet? Would love to see more.