Some additional color around town. Make mine saturated. Thanks! 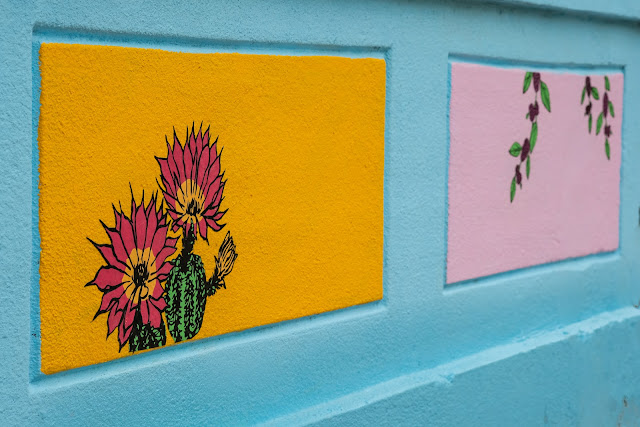 Having fun posting different stuff over on Instagram: Look here! 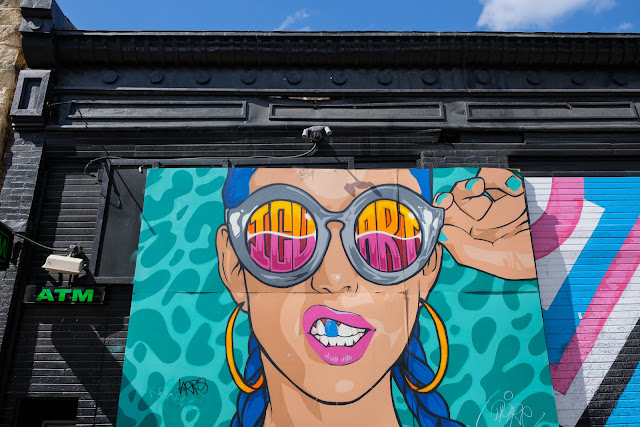 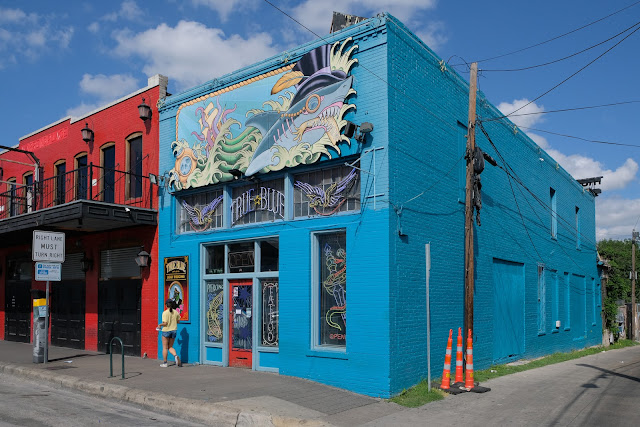 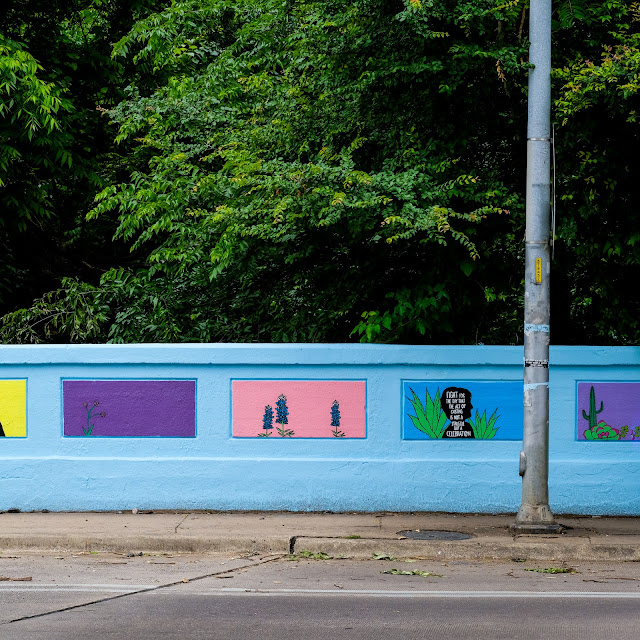 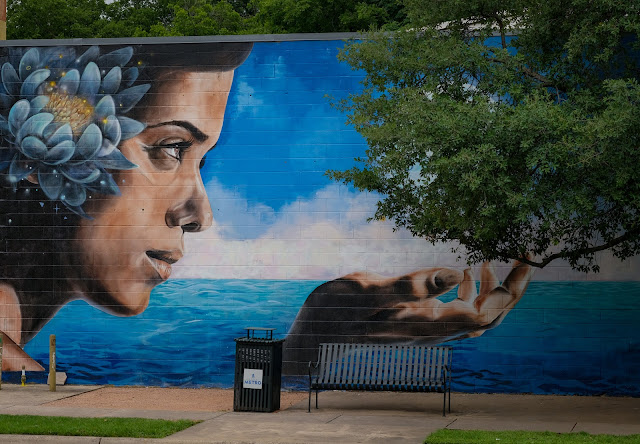 It was an interesting weekend during which I got not a damn thing done. Sure, I went to swim practice on Saturday (that's a given) and I drove down to San Antonio to spend the afternoon with my father, but the rest of the time I just spent spinning my wheels and contemplating why we are born just to suffer and die?  (literary reference: you have time, you look it up).

So when I woke up this morning I decided not to while away the time doing more random office work or checking in on investments: instead I made a very superior cup of coffee, drank it and then headed out the door for a long walk through Austin's usually vibrant but apparently "late to wake up" downtown. I've been dallying with a small Fuji camera that's called an X-E3. Today, for no good reason whatsoever, I paired it up with the 60mm macro lens that Fuji sells. It's a nice package because if you are brave enough to discard the lens hood then the whole assemblage is small and light. And you have the psychological assurance that, because the sensor is contemporary, you aren't missing out on any potential quality in your resulting images.

As usual, I walked across the Pfluger Pedestrian Bridge and into town via the Seaholm Power Plant multi-use development and headed east toward the Convention Center. I walked down second street and it felt unusually bland and colorless. The sky was overcast and seemed to suck all the saturation out of the tall buildings and nondescript office fronts.

Usually, when I reach the Convention Center I turn left, head North and then, a few blocks later I turn West and head back to my point of embarkation via Sixth Street. Today, on a lark, I turned left instead. Within seconds I was rewarded with the sight of about twenty five policemen from Houston riding a bunch of horses up the street towards me. I turned South onto the Congress Ave. bridge and ran right into the pre-production of a big gaggle of police with bicycles, motorcycles, on foot, and some even wearing bagpipes. They were assembling to do a memorial parade up Congress Ave. to the Capitol grounds. I took a bunch of images and then moved on, heading South.

Then I turned onto Barton Springs Road and followed the sidewalk to the West. Nearly every building (except the boring state and city office buildings) was painted a rich and saturated color, or sported a giant mural or two. After the almost colorless section of downtown, North of the river, the colors were surprising and most welcome. I photographed each color graphic or magnificent paint wash that caught my attention, and I did so from multiple angles.

One benefit of the tiny, poorly implemented EVF finder in this camera is that it's progressively forcing me to come to grips with using the rear screen. It's a different way to look/photograph and one I denied in the years before I finally got my prescription changed in my glasses and started using bifocals. I think I actually take more time with the rear screen to work out composition. Must be a result of having spent all those early years looking at the rear screen of a view camera. I've stopped fighting it...

By the time I got back to my car I'd seen a tasty bit of color, but only on the more laid back, South side of the river. I also discovered a brand new hotel just a few blocks from Zach Theatre that I had previously never known about. It has a great little coffee bar and the main restaurant looks promising. The reason it remained undiscovered by me for so long is that the main building looks like a parking garage and the parts of the hotel that interest me (the coffee shop, the lounge, and the restaurant) are housed in a restored carpenter's union hall. A building I've seen on and off for about 40 years. You had to get close enough to read the small "A" frame sign just outside the front door to know the hotel existed. The sign said: "Yes. There is a hotel in there."

I don't know if it was the walk, the surprising amount of South side color, or my discovery of the inviting little hotel that changed my mood. Probably the whole mix. But at any rate I came back to the house feeling a small taste of renewal and a bit of optimism for the week ahead. Nice.

A mid afternoon coffee with a very, very good friend didn't hurt either! 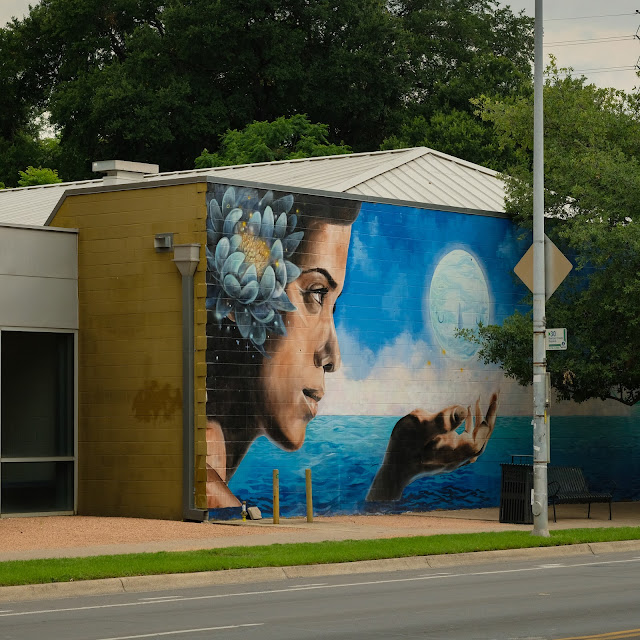 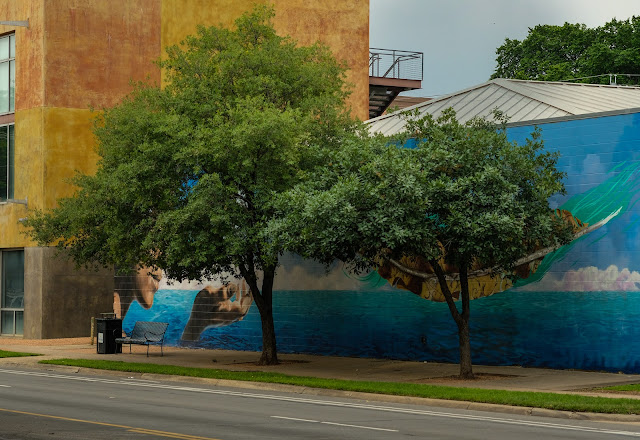 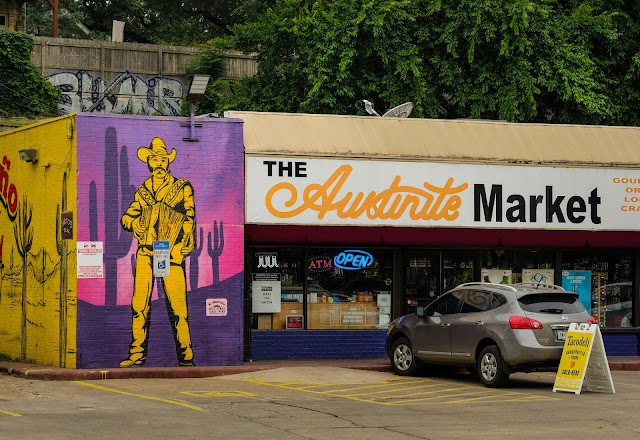 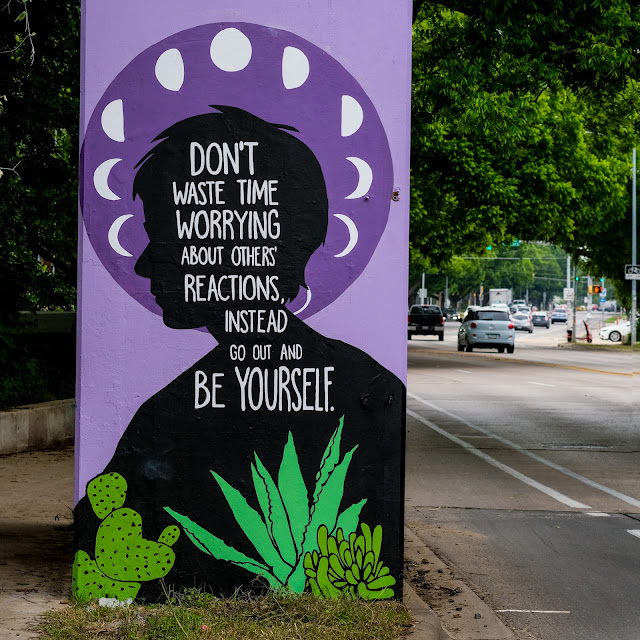